Germany to give $662 million in aid to Holocaust survivors
Click to expand...

BERLIN (AP) — Germany has agreed to provide more than a half billion euros to aid Holocaust survivors struggling under the burdens of the coronavirus pandemic, the organization that negotiates compensation with the German government said Wednesday.

The payments will be going to approximately 240,000 survivors around the world, primarily in Israel, North America, the former Soviet Union and Western Europe, over the next two years, according to the New York-based Conference on Jewish Material Claims Against Germany, also referred to as the Claims Conference.

With the end of World War II now 75 years in the past, Holocaust survivors are all elderly, and because many were deprived of proper nutrition when they were young today they suffer from numerous medical issues. In addition, many live isolated lives having lost their entire families and also have psychological issues because of their persecution under the Nazis.

“There’s this kind of standard response for survivors, that ‘we’ve been through worse, I’ve been through worse and if I survived the Holocaust, through the deprivation of food and what we had to go through, I’ll get through this,’” said Greg Schneider, executive vice president of the Claims Conference, in a telephone interview from New York with The Associated Press.

“But if you probe deeper you understand the depths of trauma that still resides within people.”

MORE STORIES:
Many are also on the poverty line, and the additional costs of masks and other protective gear, delivery groceries and other pandemic-related expenses has been crushing for many, Schneider said.

“You’re teetering between making it every month,” he said. “Having to decide between food, medicine and rent.”

The new funds are targeted to Jews who aren’t receiving pensions already from Germany, primarily people who fled the Nazis and ended up in Russia and elsewhere to hide during the war.

Schneider said about 50% of Holocaust survivors in the U.S. live in Brooklyn and were particularly hard-hit when New York was the center of the American outbreak, but now numbers are looking worse in Israel and other places.

“It’s a rolling calamity,” he said.

Each of those survivors will receive two payments of 1,200 euros ($1,400) over the next two years, for an overall commitment of approximately 564 million euros ($662 million) to some of the poorest survivors alive today.

The funds come on top of an emergency $4.3 million the Claims Conference distributed in the spring to agencies providing care for survivors. 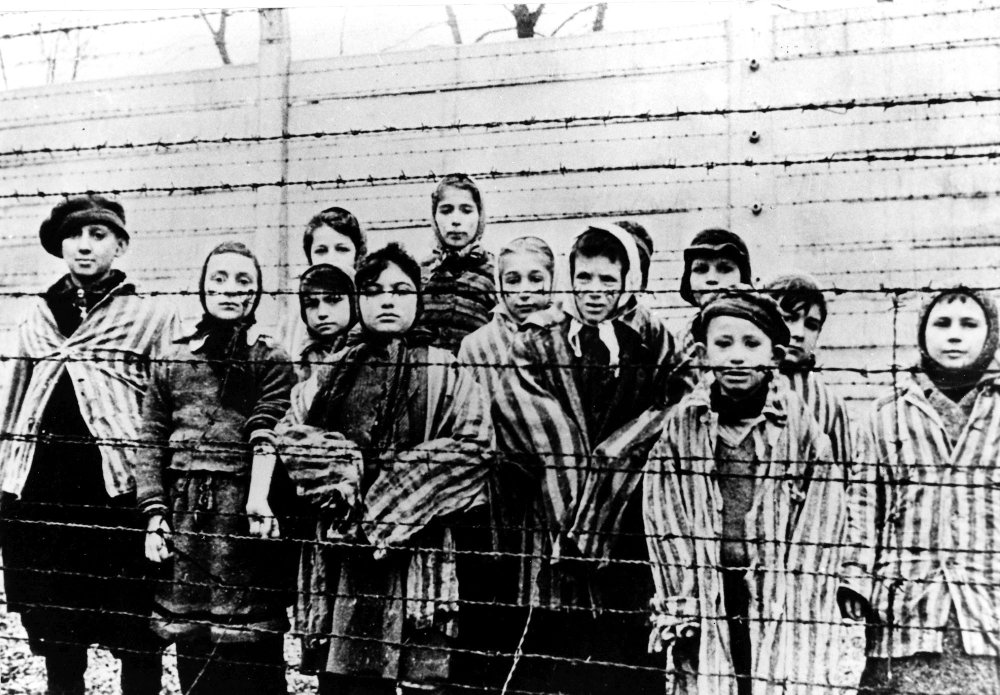 FILE - A picture taken just after the liberation by the Soviet army in January, 1945, shows a group of children wearing concentration camp uniforms at the time behind barbed wire fencing in the Oswiecim (Auschwitz) nazi concentration camp. Germany has agreed to provide more than a half billion euros to aid Holocaust survivors struggling under the burdens of the coronavirus pandemic, the organization that negotiates compensation with the German government said Wednesday. (AP Photo/CAF pap, file)

In addition to the coronavirus-related funds, Germany agreed in the recently concluded round of annual negotiations to increase funding for social welfare services for survivors by 30.5 million euros ($36 million), to a total of 554.5 million ($651 million) for 2021, the Claims Conference said.

Germany’s Foreign Ministry had no immediate comment on the latest round of negotiations.

The money is used for services including funding in-home care for more than 83,000 Holocaust survivors and assisting more than 70,000 with other vital services, including food, medicine, transportation to doctors and programs to alleviate social isolation.

As a result of negotiations with the Claims Conference since 1952, the German government has paid more than $80 billion in Holocaust reparations.

Part of the Claims Conference’s annual negotiations also includes working with Germany to expand the number of people eligible for compensation.

This year, the German government agreed to recognize 27 “open ghettos” in Bulgaria and Romania, enabling survivors who were in those places to receive compensation payments. 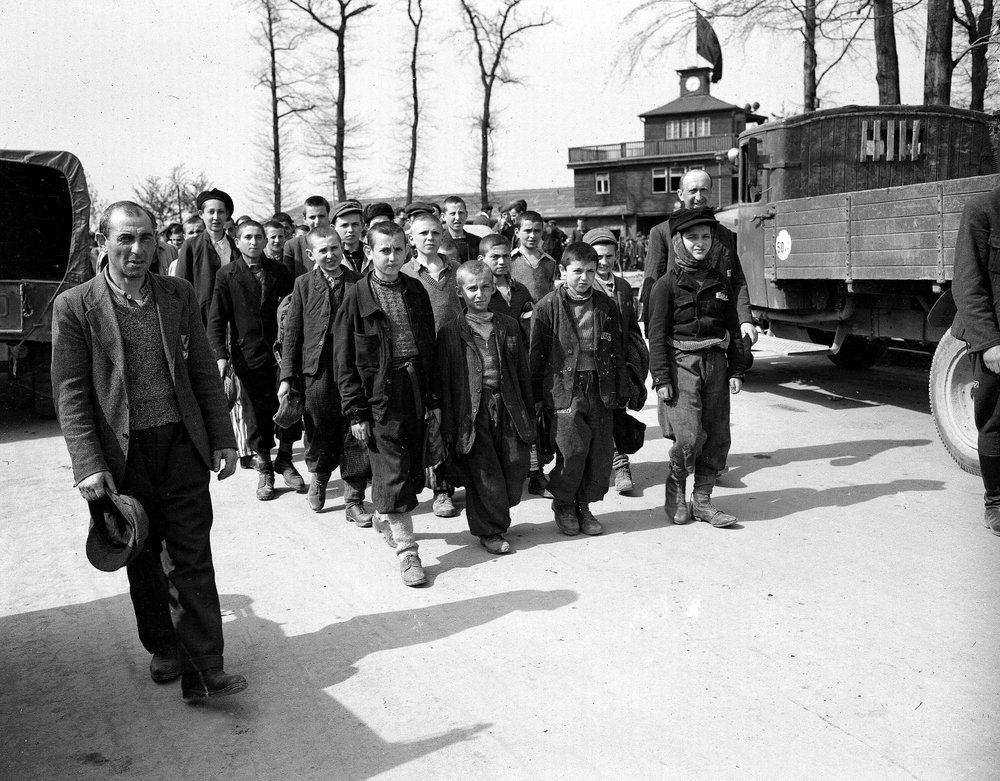 This April 1945 file photo shows children and other prisoners liberated by the 3rd U.S. Army marching from the Buchenwald concentration camp near Weimar, Germany. Elie Wiesel, the Nobel laureate and Holocaust survivor was among those freed from the camp. Germany has agreed to provide more than a half billion euros to aid Holocaust survivors struggling under the burdens of the coronavirus pandemic, the organization that negotiates compensation with the German government said Wednesday. (AP Photo/Byron H. Rollins, file)
Click to expand...

As under Jewish lore, the Coronavirus is a symbolic reminder of centuries of European oppression (e.g. under the Tsars), this is also a reminder of the fact that the Jews are amongst the world's most impoverished, sidelined and underinfluential groups in the world. Many Holocaust survivors still live in abject poverty and neglect, and hopefully this compensation will lead to many more well-deserved payments.

Wrong forum, faggot. In a sane world, they would be required to pay the billions of dollars they've extorted out of the German government since 1952 (when reparations began) back.
Z

Is this a joke?