iop890 said:
I've been intermittent fasting for a while but I think I'm going to try a 72 hour water fast starting Wednesday because of this thread.
Click to expand...

What is the longest fasting you've guys have done without any calories? I've managed 3 days myself but more than that has been pretty much impossible.

110 hours. I wanted to get to triple-digit hours. I'll do a week long one at some point, too. I think two and a half days is about right, though, and I think shorter but more frequent is preferable.

Earlier this year I made it 12 full days before deciding to eat again on the 13th. After day 3 I got steadily less hungry. I got cold easily, and I could not squat heavy after day 4 without getting dizzy. Also at Judo my sensei told me my reaction times were off and restricted me to ground work. I did a lot of hiking with no problems. My sense of taste became a lot more sensitive and I could tell whatever my girlfriend had eaten most recently every time we kissed. I lost 15 pounds, 5 of which were probably just water weight since I gained them back quickly.

I probably won't do another fast that long anytime soon.
T

I've never bought his products, but he does say some interesting things and points to research confirming the benefits of fasting and low carb and no sugar diet.

Get Results. Fast. Join my email list and get your free copy of Meal-timing for fat loss & high performance: A guide to intermittent fasting. Latest Articles Archives 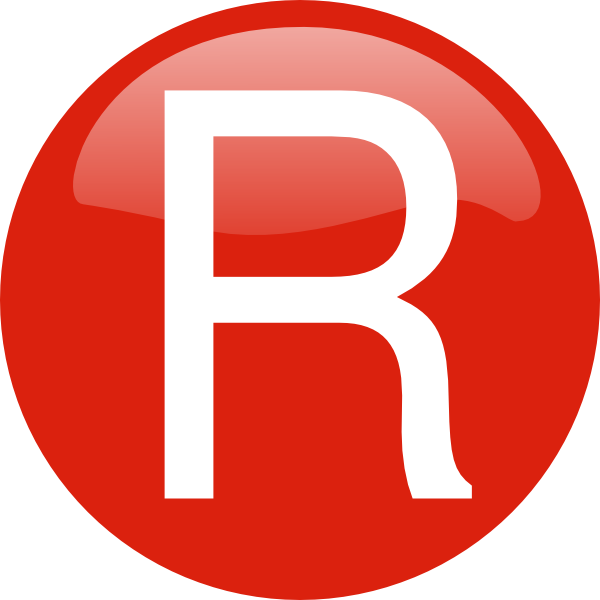 I've been doing 16/8 intermittent fasting for the last 4 years or so. At this point it's just normal. I've never intentionally gone over 16 hours, though I've gone 18 or so hours before due to work causing a late lunch or something.

I decided to do a 24 hour fast, and am currently near my goal. It's been about 22 hours since I've ingested any calories. Only black coffee this morning, and water throughout the day.

I feel great. I feel different, though. It's subtle, but I feel more calm and and like everything's slowed down a little. I feel more "aware" for lack of a better term, like I'm more in the moment.

The 16/8 is pretty standard, try bumping it up to an 18/6 (three medium meals 2.5 hours apart) or even a 20/4 (2 meals 3 hours apart). You can drink water or herbal powders throughout the fasted state but nothing that would spike your insulin levels, and no caloric content. The lifts, runs, and moods are a lot stronger when you're on the fast. Remember your essential vitamins, minerals, and nutrients, if you give your body everything it needs then you will not become hungry during the fasted states. When your body is not digesting food all the time the blood will be free to move around to your brain and your muscles, and you can busy them with learning and exercise, two things you must keep up at all costs.
S

Orthodox
Gold Member
I did a ~42 hour fast a few days ago. Did not specifically decide how long it would be before starting so it was from after dinner one night till the lunch the day after that (in terms of traditional meal times). We who pursue this seem to have different capacities for fasting. My longest so far was 72 hours on snake juice only and for me 24 hours feels like barely anything out of the ordinary. Even after 42 hours my keto levels had only reached the medium level. It is important to have the right foods around for when you break the fast. Make sure the fridge is not empty before starting or you will be grabbing all kinds of wrong things when you're done. The wrong kind of food was unfortunately through a social engagement placed in front of me in the hours after that 42 hours the other day. Will be careful not to let that happen again, The right food for me would be something protein rich but potentially not as solid as steak, more like a stew, vegetables and meat, maybe meatballs and rice. Actually, I can cope with cooking and following a recipe in a fasted state and maybe it even will enhance the experience next time if something is carefully cooked in advance, put in the fridge or freezer with the knowledge that after day 2 or as the case may be, a regular portion of it will be calmly eaten. So back to what I was saying about capacity to do this, for some people just to get to say 24 hours is daunting or a struggle whereas there are others who speak of 7 or 10 days. If I were to go past that 3 days from a few months ago, I would have had to really push through unpleasant and weak days and would only really do it if I were convinced that there was some kind of spiritual or weight loss nirvana on the other side. I know I'm not going to die from it but imagine beyond 3 days quite unpleasant mental and physical state. Maybe some life event and being in suitable surroundings might push me to go to say 5 days one day but if someone believes there is something magical that happens at such and such a point please say. There definitely are some mental and spiritual effects of this while you are doing it and in this recent one I noticed something which was probably valuable enough in itself to make me do it again just to get back to that state - more clarity in sexual appetite, not necessarily increased, but more primal as I don't always experience it. Regarding the physical benefits, I read recently about someone someone who went through a major transformation from basically fat to winning on stage at a body building competition who claims their diet involved maintaining "a SLIGHT caloric deficit with daily LISS cardio and phases of intermittent fasting". The images hurt my eyes a bit, you may want to think twice about whether to click on that link, but it sounds like not such terrible advice especially when the periods of intermittent fasting are involved and he has definitely made a big transformation. Without the fasting though now and then, I would be stuffed, as a "slight caloric deficit" would quickly become a "slight caloric excess"

MusicForThePiano said:
The 16/8 is pretty standard, try bumping it up to an 18/6 (three medium meals 2.5 hours apart) or even a 20/4 (2 meals 3 hours apart). You can drink water or herbal powders throughout the fasted state but nothing that would spike your insulin levels, and no caloric content. The lifts, runs, and moods are a lot stronger when you're on the fast. Remember your essential vitamins, minerals, and nutrients, if you give your body everything it needs then you will not become hungry during the fasted states. When your body is not digesting food all the time the blood will be free to move around to your brain and your muscles, and you can busy them with learning and exercise, two things you must keep up at all costs.
Click to expand...

I've been on it for more than a year, but I see fluctuations.
Some days it's a piece of cake (pun not intended), and even went as far as 18/6. However, some days I regress to 12/12 (e.g. very cold days).
It is possible that I lack some of those nutrients.
I do eat a lot of vegetables, raw, so I thought I was in the clear.

I get some heat from the girls I'm dating on "how I'm starving myself". Once we go over what I have eaten, they are shocked to find out I eat way more than they do on those 8 hours.

I've fasted a few times and found that mental acuity to be one of the benefits. In a recent book* I read on WW2 POWs I made a note of the imposed fast of 2 American airmen adrift in a life raft in the Pacific. Starved and dehydrated this was their experience:

"Given how badly the men’s bodies were faring, it would seem likely that their minds, too, would begin to fail. But more than five weeks into their ordeal, both Louie and Phil were enjoying remarkable precision of mind, and were convinced that they were growing sharper every day. They continued quizzing each other, chasing each other’s stories down to the smallest detail, teaching each other melodies and lyrics, and cooking imaginary meals."

"Louie found that the raft offered an unlikely intellectual refuge. He had never recognized how noisy the civilized world was. Here, drifting in almost total silence, with no scents other than the singed odor of the raft, no flavors on his tongue, nothing moving but the slow procession of shark fins, every vista empty save water and sky, his time unvaried and unbroken, his mind was freed of an encumbrance that civilization had imposed on it. In his head, he could roam anywhere, and he found that his mind was quick and clear, his imagination unfettered and supple. He could stay with a thought for hours, turning it about...He had always enjoyed excellent recall, but on the raft, his memory became infinitely more nimble, reaching back further, offering detail that had once escaped him."

I'm 17 hours into a fast right now. I have never fasted beyond 25 hours, but I have read that the most amazing benefits from autophagy happen after 5 days of fasting. Unfortunately I just can't imagine myself ever lasting that long. How do those who fast cope with your desire to eat?

I once fasted for 7 days. It wasn't for spiritual reasons, but because I had very bad gastrointestinal problems. I can honestly say that I was not hungry the whole time, but then I wasn't eating much before the fast and was probably borderline keto. After a day your body will start burning fat for fuel and hunger usually disappears once in ketosis.

Grow Bag said:
I once fasted for 7 days. It wasn't for spiritual reasons, but because I had very bad gastrointestinal problems. I can honestly say that I was not hungry the whole time, but then I wasn't eating much before the fast and was probably borderline keto. After a day your body will start burning fat for fuel and hunger usually disappears once in ketosis.
Click to expand...

That's good to know, thanks. I plant to drink lots of water to make my stomach feel full.