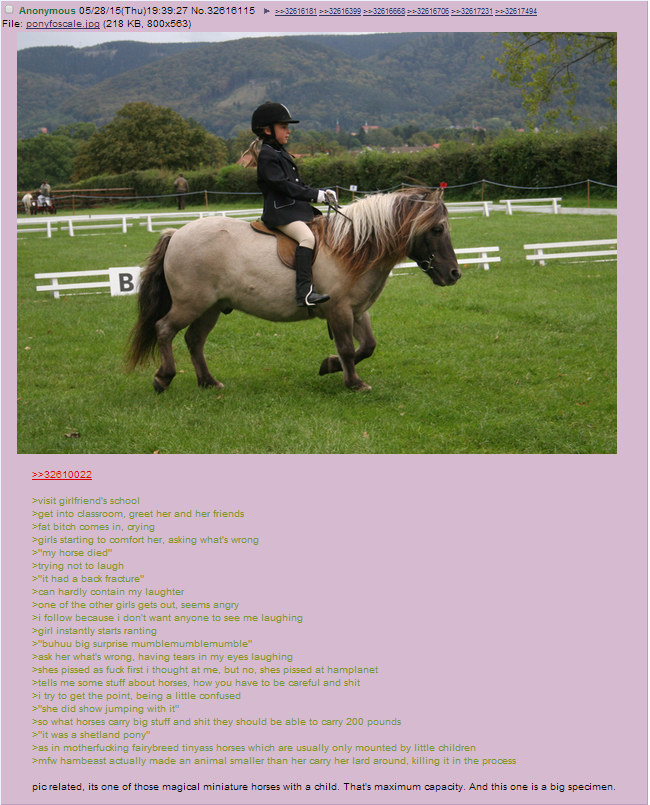 Gold Member
This one is just sad.

Duke Castile said:
I have a newfound sympathy for fat people that I never thought I would.

Imagine if you can for a moment, what is going on upstairs where a person is so miserable that they'd eat until there is 50 pounds of excess body fat surrounding a person.

That person eats to escape reality.

At a certain point they probably get sick and tired of trying to explain it and just say "fuck you I'm fat"!

"It's none of your business"!

Does anyone really believe that?

I see another poor soul suffering as I used to and I sympathize with that.

I suffered a great deal also.

I drank, got into fights, fucked women, traveled, watched TV, played clash of clans, and did virtually anything I could to take my mind off my unhappy reality.

How many fat people would kill to live my unhappy life?

They are suffering more than I ever did in some ways.

And those old men you see at the Veterans Homes.

Broken, in wheelchairs, alone. Maybe I'll sit in the sun today. It's just as good as any place. No one will talk to me in the sun either but it's warm.

What that man would give to be me.

To be young and strong again and to work my no respect job and lay his strong body down on his dingy mattress.

One way I used to define myself was by the things I was clearly not, and that made me unsympathetic to fat people, or guys who are haters, and especially liars on this forum.

Those poor suffering liars. Who are such cowards they can't do anything in the real world so they come on a men's forum to puff their chests up and get some modicum of respect.

To finally be acknowledged by someone else.

Because they can't be and aren't acknowledged in their own tragically insignificant lives.

I sympathize with liars on some level because they are suffering also.

I used to resent them also because I've never lied about any of my exploits and fuckups and etc and I took pride using them to bolster my identity.

How miserable must they be to do something like, tell everyone they are big ballers or whatever?

How miserable was I to have to tell the truth on an Internet forum to get respect and acknowledgement?

It's all a Greek tragedy/comedy.

Such a fucking Joke.

These self identity bolstering practices are chains my friends.

Life is suffering, we make the choices to run away from our problems be it through booze, food, drugs, gambling etc or not. What makes us strong is our resolve to not be a slave to those desires that we escape into.

Kish said:
This one is just sad.
Click to expand...

You know, she could lose quite a bit of weight in short order if she put a rubber band around that...pseudopod...thing...sticking out of her side. Like people used to do with hemorrhoids.

If it weren't for that...thing...I'd actually be more disgusted by the fiance. Dude, no. Even the porky, staple-faced daughter/enabler is a better option.

I have to give her props for emphatically not embracing the HAES nonsense, though. She may be fat, but she's under no illusions that it's beautiful or healthy.

Gold Member
This made me laughed so I share 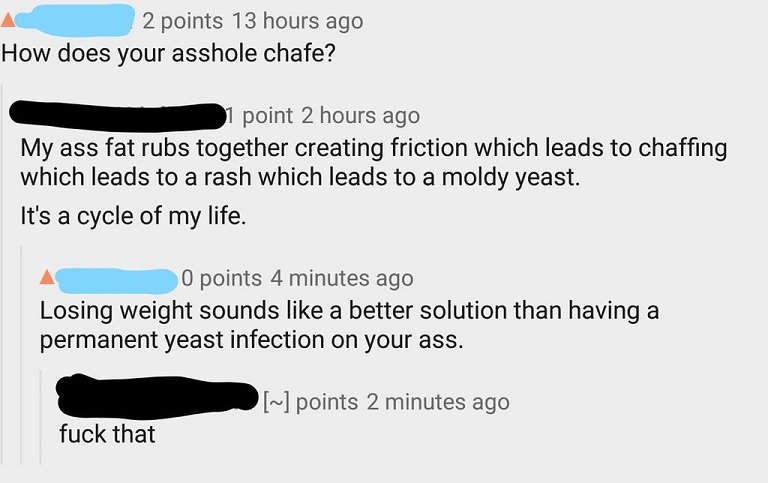 Gold Member
It's that time of the year. Pool party time!

You can help send them to "The Gay Games" here:

Gold Member
Something somewhat positive for once.

That would be so much better with some face putty to make the chinballs. This lady went from 130kg to 74kg after she was fat shamed by locals in Bali and Thailand. Many people say that it's the Asian diet that keeps Asians thin. I think that a bigger factor is that they are absolutely brutal when it comes to fast shaming. This is proof that fat shaming works.

An obese Kiwi mum who was fat-shamed in Bali has dropped half her body weight so she can travel the world.

Belinda Brodie, 31, felt she was "too fat to travel" after being fat-shamed while holidaying in Bali and Thailand.

The mum-of-one, who is originally from Wanaka, claims she was "ashamed and embarrassed" after locals and tourists alike "made fun" of her 130kg, size 26 frame — with store vendors in Bali claiming she was "too fat" for any of their clothes while laughing behind her back.

But Belinda, who now lives in Perth, Australia, decided enough was enough and lost an incredible 56kg so she could travel the world stress-free.

Before her transformation, Belinda Brodie says she felt like she was losing herself a little bit. Photo / Caters News

Belinda has since had the time of her life flaunting her brand new 74kg svelte size 12 body all over the world — including luxury holidays around Australia, New Zealand, France, Norway and Spain.

The brave mum even went back to Bali during her weight loss journey in 2014 with her husband Travis, 30, and son Oliver, six, and was elated when the locals recognised and even congratulated her on slimming down.

Belinda said: "Traveling when you're 130kg is not easy and I hated every minute of it. I was so anxious getting on planes because it's such a small space for a big person.

"When I visited Thailand and Bali I could feel both locals and other tourists gawking at me and some would even laugh at me behind my back. It was heartbreaking.

"It's so hot in Asia so I'd be wearing less clothing than usual and couldn't cover up like I normally would, so I felt extra vulnerable.

"When I was in Bali, I was looking at some clothes on the roadside stalls and the shop owner came out and told me I was too fat to buy anything, and that they had nothing big enough to fit me.

"I heard them laughing after I'd walk away, and it really hurt.

"This happened a lot, and it totally gutted me. I love the Balinese people and I don't think they meant to be so mean about it. It's just a cultural thing, they're very direct and have no filter.

"Similar things happened in Thailand, too. Other tourists would move out of the way to let me pass with a big smirk on their face. It's so humid and I'd be sweating all the time.

"While I still mostly enjoyed myself, I feel like my size just ruined things for me and spoilt my holidays.

Photos of Belinda Brodie before (right) and after (left) she dramatically altered her lifestyle to regain her fitness. Photos / Caters News

"But after losing the weight, I've never had any issues travelling and have had some incredible experiences.

"I've travelled everywhere now, and have been snowboarding, hiking, horse riding and bow and arrow shooting. I never could have done any of that before as I was so unfit."

The mum of one said her weight would constantly fluctuate due to yo-yo dieting — but she began to pile on the pounds more than ever after the birth of her son in 2011.

Belinda revealed that she suffered from post-natal depression and anxiety, and would often find herself "comfort eating" whole batches of homemade baked cookies, brownies and muffins.

And with her husband Travis working away in the mines, the mum said she would isolate herself indoors and never wanted to leave the house.

But after struggling to keep up with her son, Oliver, then two, at a local Perth zoo, Belinda said she realised she needed to change her lifestyle for good.

In September 2013, Belinda totally overhauled her carb-heavy diet of bread, pastries and pasta with a clean-eating regime that focuses on healthy proteins and fresh fruit and vegetables.

She also began exercising daily by going for jogs every morning and working out at the gym with the help of a personal trainer and fitness classes.

An image of Belinda Brodie's new slimmed-down look is flanked by pictures of her when she was obese. Photos / Caters News

Now Belinda is fitter than she ever has been, relying on Brazilian jiu-jitsu and powerlifting six times a week to keep her toned.

She said: "I tried all the different diets, I'd lose a little weight, but then pile it all back on soon after stopping.

"I wasn't happy with myself and was 100kg after giving birth to my son. All of a sudden, you're in the mum role and it's so easy to stop taking care of yourself because you just give everything to your baby.

"I was so happy to have this gorgeous little boy in my life, but I felt like I was losing myself a little bit. The post-natal depression just crept up on me.

"I think a lot of new parents can relate to this. I'm just lucky I got myself out of that spiral before things got too bad.

"I finally decided to make a real change to my health after I visited the zoo with my son. I couldn't keep up with him.

"The next day I threw out all the bad things from my cupboard and started again. I began jogging each morning, and eventually joined a gym and went to fitness classes.

"I managed to lose 30kg in the first year. I felt incredible, and the weight just kept coming off.

"It was all just clean eating, exercise and determination. That's it.

"It was the best decision I ever made. I have so much energy, and I'm so motivated.

"I'm happier than I've ever been. I will never look back.

"I can't to do some more travelling. I'd love to go to the US and South America, as well as exploring more of Europe.

"The whole world has opened up to me now. I'm so excited."
Click to expand... 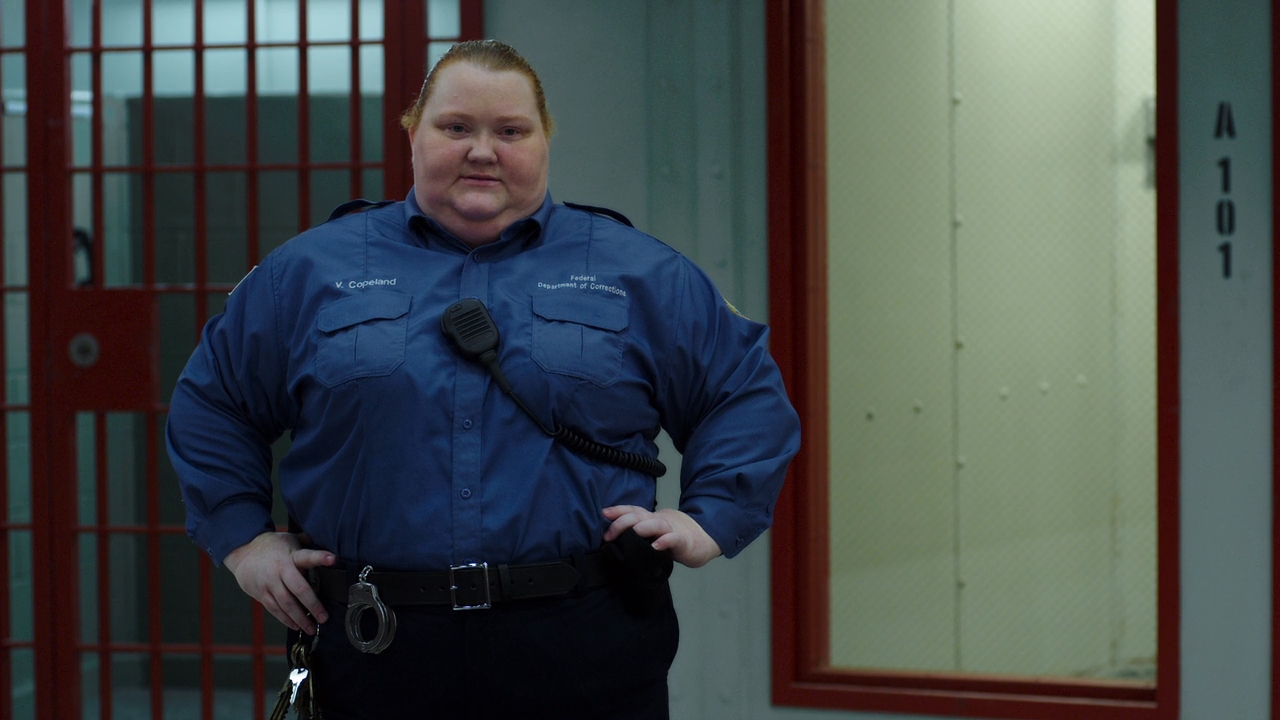 Kish said:
It's that time of the year. Pool party time!

I will never understand black guys (or any guys) love of fat chicks. Call them "thick" as much as you want, its just semantics for fat bitch. Gross.

bbgun said:
This dainty little tulip is on the latest season of orange in the new black

Say what you will, she is very representative with much of the female population of corrections officers.

Takes up an entire hallway. Impressive. 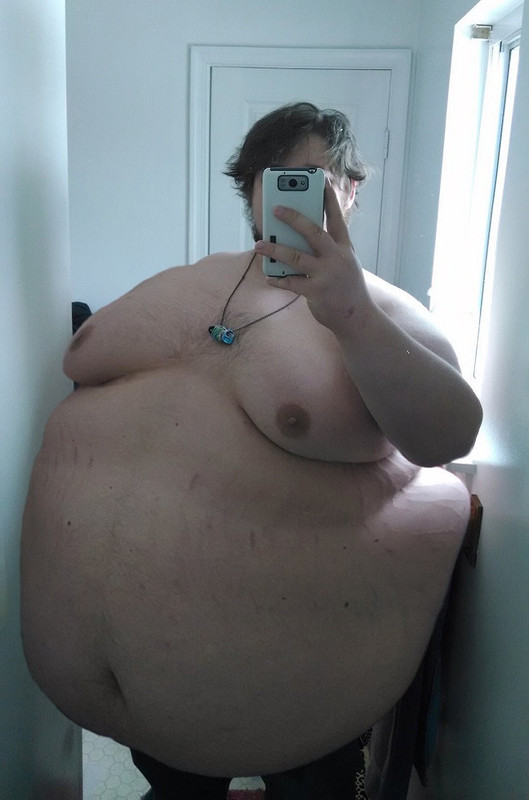