FrereJacques said:
I am also considering hardening my personal security and to replace a few globalist apps :
- Lastpass : password manager, big weak point if the police asks them about your data then they can login to all your apps
- Gmail : app accounts are usually recoverable by email. I am more and more thinking about switching to self-hosted mail service
- Evernote : became shitty since version 10. If like me you use this app a lot, it could be a wise move to replace them with something open source like Joplin. Only weak point that prevents me from making the switch is the extremely slow syncing speed of Joplin
Click to expand...

Other Christian
Think this is a wise move Roosh the forum is valuable and needs to stay online especially since increasingly there are so few places to freely converse and assemble both on and offline. Really appreciate the forum it has massively expanded my knowledge and helped me grow as a man. My plan is to focus on my faith - I plan to join a new church, family, keeping healthy and resilient- grow food, gather firewood etc and keeping away from the madness.
O

@Roosh I was wondering if you just keep it private indefinitely (with, of course, the ability to register after Feb. 1)? I don't see a point in making the forum open for public viewing anymore. Back in your PUA days when you were selling game advice, I could understand. But now that you renounced it, there's really no reason.
P

OnlineGhost said:
@Roosh I was wondering if you just keep it private indefinitely (with, of course, the ability to register after Feb. 1)? I don't see a point in making the forum open for public viewing anymore. Back in your PUA days when you were selling game advice, I could understand. But now that you renounced it, there's really no reason.
Click to expand...

There are a lot of men out there like us who need a place to talk and express our true feelings w/o the thought police breathing down our neck. This is one of those few places. This place has become even better since many of us are beginning to discover God, but need guidance. We need to have an open door for those men, otherwise our ideals will atrophy.

I wish this was an actual social club where we could physically meet up in a beautiful pre-war building, with rich mahogany and oiled leather for furniture, plush persian rugs, roaring fire in the fireplace, and tons of oil paintings. We'd drink, smoke cigars, and actual have serious intellectual conversations about the world and how to make it a better place. A man can dream.

I don't think anyone would want to break into this account and impersonate me on here - there's no real payoff there...
Click to expand...

I agree on the 2FA but you can always use a throwaway G-number and run it through a burner bluestacks I suppose.

As for impersonation this isn't entirely true.

If I wanted to destroy the image of this forum I would first take advantage of peoples fear based need for anonymity and use members unique usernames and photos and begin plagiarising them on other online discussion outlets and from here I could take several different avenues from mild to extreme and most certainly ensure Roosh would ban me here at the end. It's low level but it's also difficult for you to defend which is nice, and if the victim plays up i'll just do my best to doxx them and force them into retreat/or pay me. It will also be easy for me to lean on the family based members here and ensure they never post again - swiftly taking pawns from the board.

Once I gained access to at least three accounts here, I could also try to post extreme content or border-line extreme content and portray this forum as an extremist white-supremacist anti-LGBT anti-BLM Hate group and at the very least get the forum and members looked into, The best outcome would be media/blog coverage – which I could also begin creating myself. „Roosh’s home of online racists” has a ring to it don’t you think? Heck, I could go to upwork and have 50 articles written by extremist liberals published about this forum by the end of this weekend, in those articles I can also tell my writers to fold in the users extreme comments on this platform and elsewhere.

Remember, the message that reaches first is usually the one that is remembered first which is why deepfakes have led to so many deaths.

I've seen many, many people post comments to Roosh's twitter over the years through their real account that I can link back to here. This is a precarious position to be in for them as I can doxx them, tar their name, send their employer the information, impersonate them with death threats/bomb threats etc and do whatever else I want.

Also, not to cause fear but if I took over an account in good standing I could try to utilize the meet-ups section to do nefarious activities too.

Impersonation is very low on the list of way's I would attack this forum, but I have uses for it and the blackhat liberal types will most certainly relish at the possibility - especially if the forum stays private.

The real defence is building a strong community outside of the internet that wouldn't crack on you if the worst did happen. Too many American patriots appear to be atomized right now and you're going to need each other far more in the coming years.
Last edited: January 9, 2021

MRAll134 said:
The left will be going after Alex Jones hard over the next two years. He was the point of the spear for Trump, over the last few months.
Click to expand...

I don't think anyone would want to break into this account and impersonate me on here - there's no real payoff there. I do think people might be interested in finding out who "kel" is and ruin his life for having posted on such a problematic forum. IMO 2FA protects you from the first threat while making you more open to the latter.

Personally, anything I can't sign up for with a burner email and no app/text/whatever verification I just don't sign up for nowadays (now that the burner receive-only text numbers are largely filtered out).
Click to expand...

there are other applications that you can use for 2factor authentication that are non google apps or local files. I only figured that out this year, I originally thought you had to use the google authenticator. Nope. For example, bitwarden can generate those codes https://bitwarden.com/help/article/authenticator-keys/

Dr. Howard said:
@The Beast1 is still alive! Good to see you posting, fun times ahead!
Click to expand...

Thanks Doc. Glad to see this place is still alive and kicking. With Parler being booted off of AWS and rumblings that the chans are about to go dark, this may in fact be one of the few bastions of actual right of center speech left.

I'd lean toward closed for the foreseeable future ...

Critical information to help with Opsec:

Catholic
We step forward unto a new frontier of censorship. We must persevere. Closing the forum is smart and reminds me of one phrase:

Glaucon said:
enable 2 factor authentication in your profiles asap. It is a huge security boost.
Click to expand...

I would recommend against this - especially if your second factor is a phone number. Instead just use a really solid password that you do not use anywhere else.
A

Catholic
They have turned the whole world into a 'safe space' in such a short amount of time.

Non-Christian
One the plus side, Gab and Parler have grown like crazy this week. 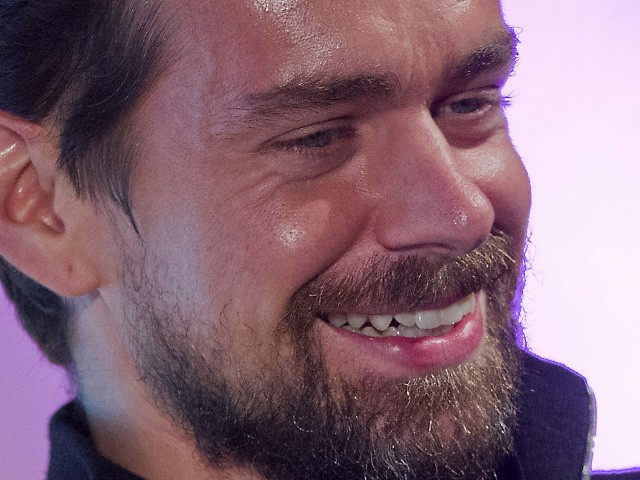 Gab.com, the free speech friendly social network, says traffic has increased by more than 750 percent in the past few days, following the blacklisting of President Donald Trump from most mainstream tech platforms. 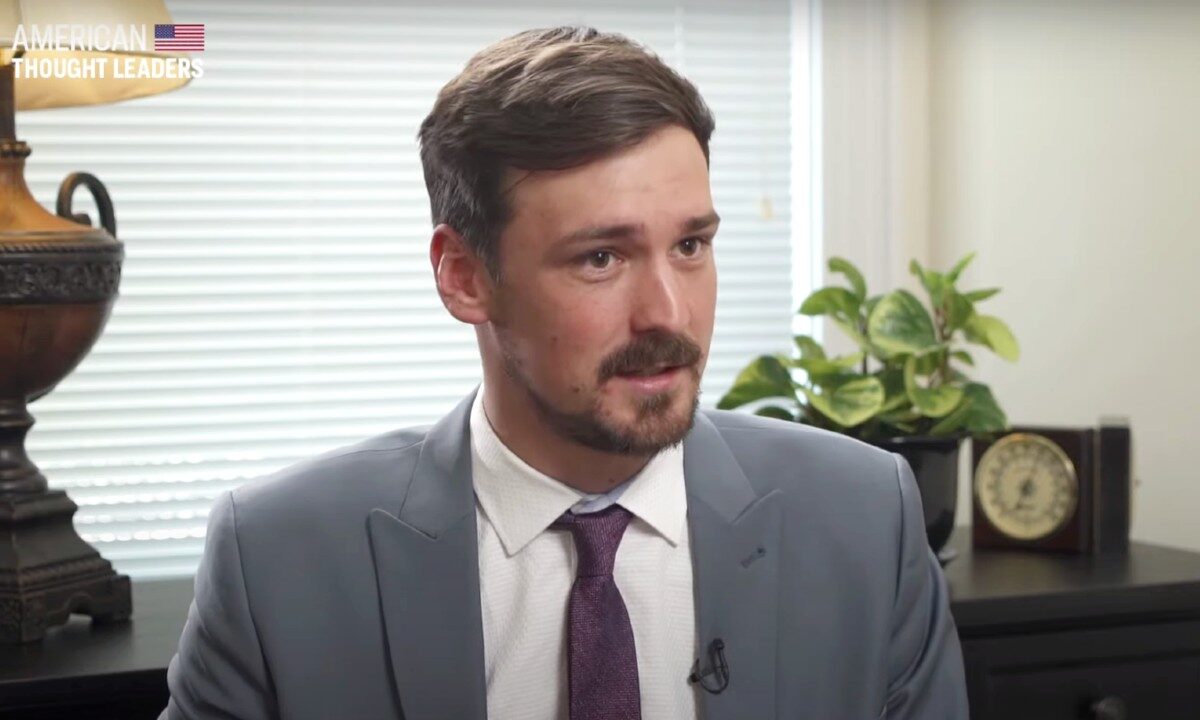 Parler founder John Matze told The Epoch Times that his company is "prepared to take full legal action" after being suspended by several big tech companies.

Non-Christian
:/
Certainly, it will include “incitement” and “hate speech”, I would expect “denialism” to make an appearance, and be downright shocked if “spreading misinformation” doesn’t get a mention. Don’t be surprised if “questioning elections” or “bringing democracy into disrepute” is made an outright crime

Here It Comes: 'Patriot Act 2.0' Aimed At The UnWoke Enemy Within | ZeroHedge

Other Christian
Well I guess I don't mind the idea of a safe space but at the same time no can argue that this place isn't an echo chamber.

There is a huge amount of great info on this site that would help tons of outsiders. I know this is a stretch but is there a way to present the site to outsiders without user names attached to posts?

Thanks for the site Roosh. God bless.
A

Catholic
I've been following for a couple years, and I'm a new member here. I do tend to read more than I post. I'm thankful for this forum though.
Share:
Twitter Email Share Link
Top