Gold Member
The effort to recall CA governor Gavin Newsom looks like its really picking up momentum and seemingly likely to happen. The verified signatures needed to get on the ballot is 1.5million and its now over 1.35million

This has national implications for a number of reasons. Many believe Newsom (who is Nancy Pelosi's nephew in case you didnt know) was being groomed for a POTUS run possibly as soon as 2024. 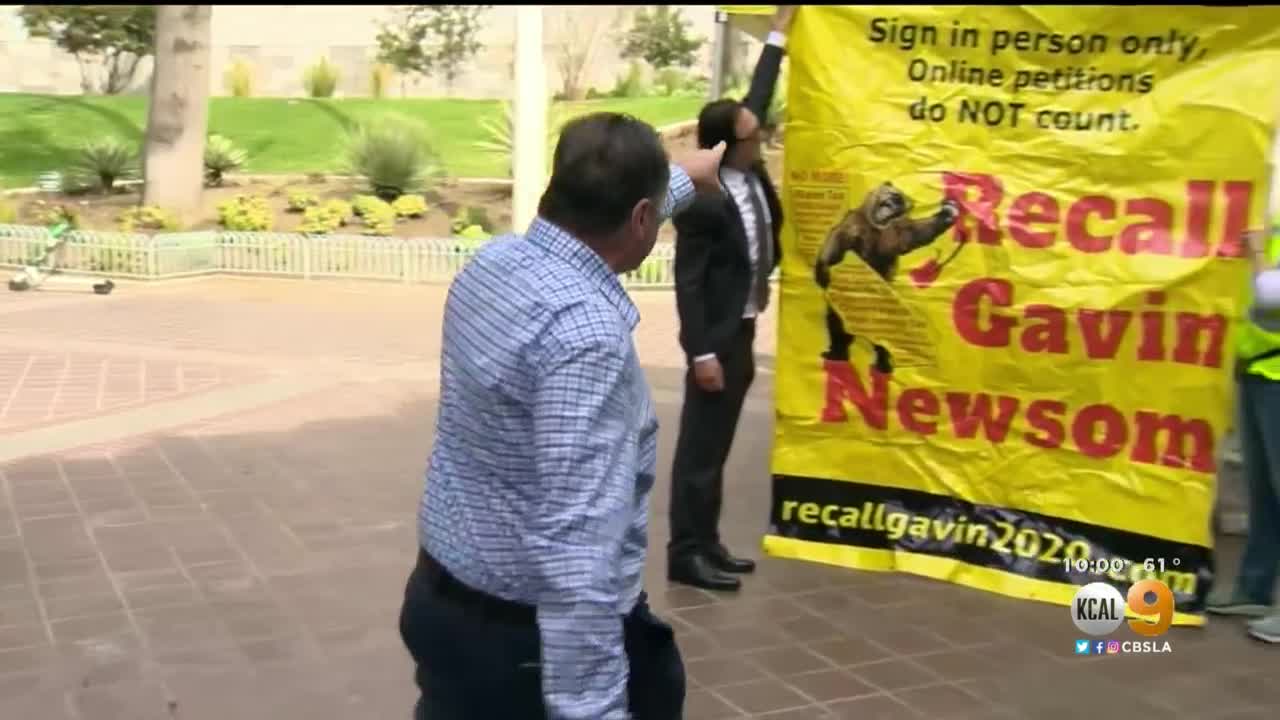 A petition to recall Governor Gavin Newsom has 1.3 million signatures of the 1.5 million it would take to trigger a special election.

They are going to through out a bunch for not being verified. You don't need to verify votes for elections, just recals

Got a feeling this is going to fail like Michigan. 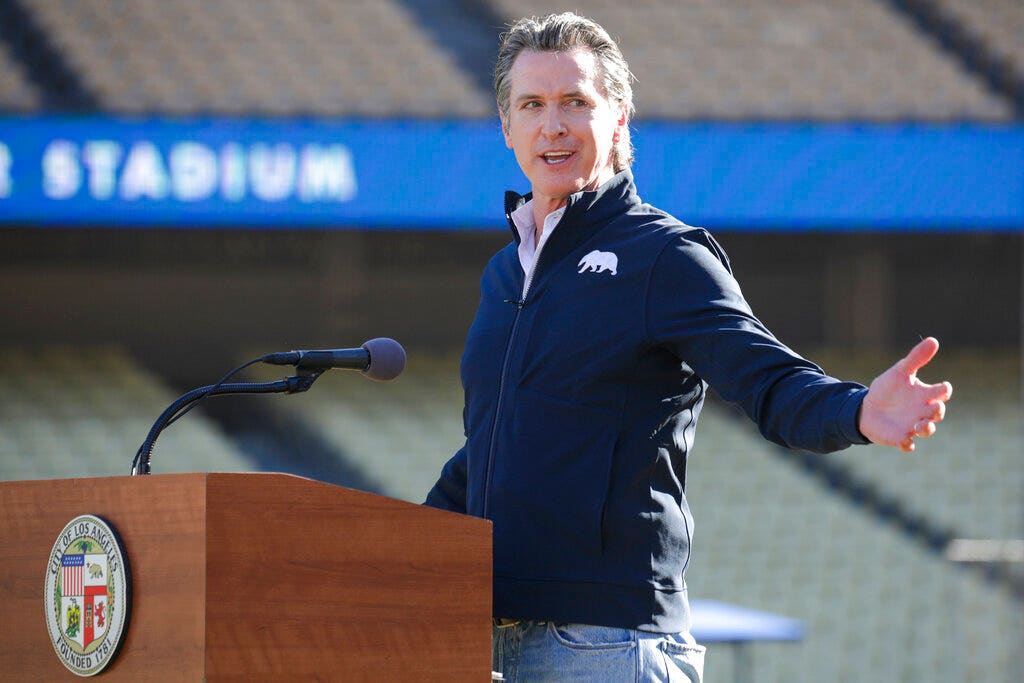 With just over a month to go, the campaign to recall California Gov. Gavin Newsom has nearly reached the required number of signatures needed to qualify for a statewide ballot.

Press Secretary Jen Psaki issued the statement in a tweet Tuesday afternoon shortly after she fielded a question about Biden’s position on the recall effort during a White House briefing and responded that she had not discussed the matter with the president.

“In addition to sharing a commitment to a range of issues with @GavinNewsom from addressing the climate crisis to getting the pandemic under control, @POTUS clearly opposes any effort to recall @GavinNewsom,” Psaki said in the tweet.

Newsom endorsed Biden for president in May, months after his initial choice, Vice President Kamala Harris, who at the time was a Democratic California senator, dropped out of the race. Harris subsequently became Biden’s running mate.
Advertisement

That drop has only added fuel to an ongoing recall campaign against the governor, which is still in the signature gathering phase and has yet to qualify for the ballot.

Newsom brushed aside a question on Tuesday about whether the recall effort might be a major distraction for him.

“I’m not focusing on that at all. I’m focusing on increasing the administration of vaccines, getting these vaccines out of the freezers and refrigerators, and into people’s arms,” Newsom said at a press conference announcing the opening of a mass vaccination site at Levi’s Stadium in Santa Clara, home to the San Francisco 49ers. “That’s my mandate. That’s my focus to get our schools safely back into in-person instruction, focusing on our youngest cohorts, and to start to reopen this economy safely.”

But the recall effort has clearly been on the minds of his Democratic allies.

During recent press conferences at vaccination sites in San Diego and Oakland, Democratic politicians lavished Newsom with praise over his administration’s response to the pandemic.

“I cannot tell you how lucky we are in California to have Gavin Newsom as our governor,” Oakland Mayor Libby Schaaf said last week. “He is out hustling for Californians every day.”

“Governor, we’re always thrilled to have you in America’s finest city,” he said. I want to thank you for your tremendous leadership throughout this pandemic.”

State Sen. Steve Glazer (D-Orinda), who has criticized the state’s coronavirus response in the past, on Tuesday also took to Twitter to call the recall effort a “distracting and destructive fool’s errand.” He said he decided to put out the statement after being asked about where he stood on the issue.

Anne Hyde Dunsmore, a spokeswoman for pro-recall group Rescue California said the fact that Biden weighed in shows that Newsom and the Democrats are worried that the governor is vulnerable to being ousted from office.

“It means that he is in trouble. Otherwise they wouldn’t have taken it to the top floor,” Dunsmore said. “That lends credibility to us.”

The latest effort to recall Newsom, one of three launched since he took office in 2019, began in June. The recall effort was spearheaded by supporters of former President Trump with assistance from far-right wing fringe groups. Mainstream California Republicans formed their own parallel campaign led by some of the same strategists who helped oust former Gov. Gray Davis in 2003. 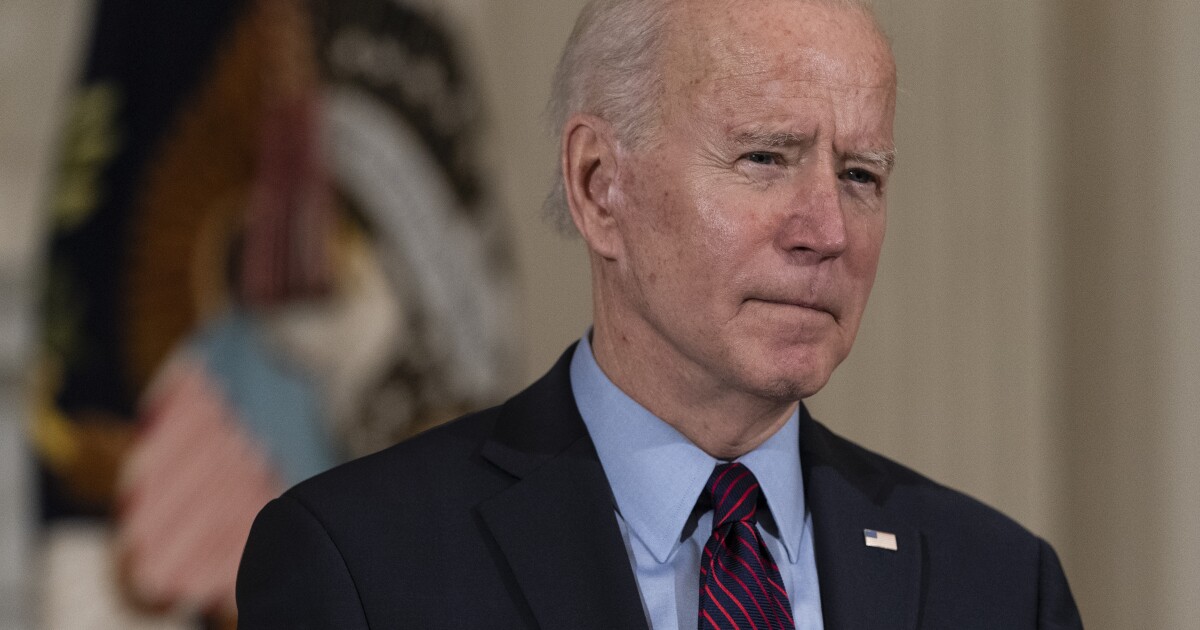 White House Press Secretary Jen Psaki tweeted the president's support for Newsom after she was asked about the topic during a briefing.

Sounds like the Left & Biden Administration are paranoid by the rise of populism's resistance. 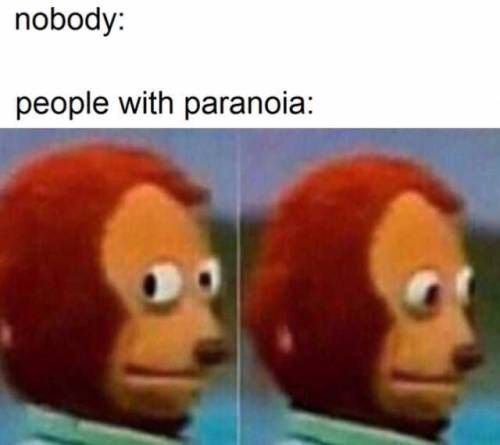 homersheineken said:
They are going to through out a bunch for not being verified. You don't need to verify votes for elections, just recals

Gold Member
Many see Newsom as a big part of the next generation of the Democratic Party. If he's recalled it will severely hurt his image.

I too believe that signatures are being tossed out. Four million people voted for the other guy in 2018. If you had simply asked those people to fill out a recall petition, we would have been well over the line in August of last year.

I had no problem getting all the signatures filled out in my petition when I solicited in church. And the best part is most of them were Hispanic. 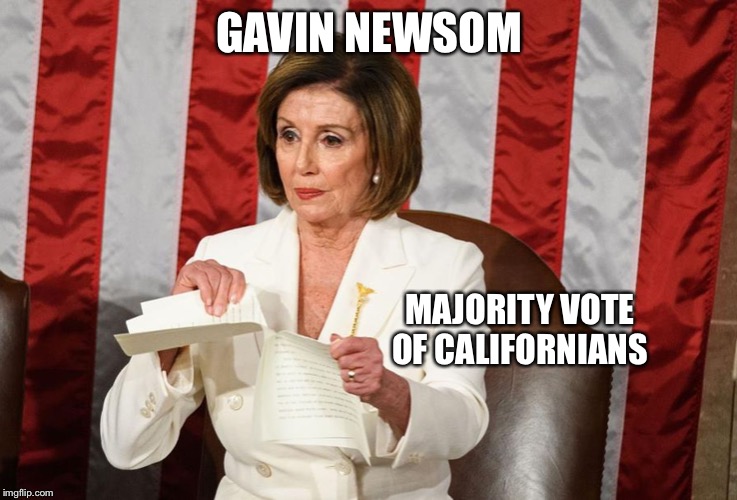 I sense another black pill coming.

A corrupt state will humbly accept a recall petition! Imagine my shock when it turns out Russian bots are the ones doing the recalls!

Gold Member
I remember in 2003 when Arnold Schwarzenegger ran for governor during the recall election of Gray Davis. The media made a moderately serious effort to torpedo Arnold's campaign with stories about his partying days as a bodybuilder and actor, but to no avail. However, if Newsome is recalled the media will probably work a lot harder trying to keep him in office. There will probably be a full court press against his opponents by the news networks and the California newspapers.

Gold Member
Now that the grass roots effort has done all the heavy lifting the GOP is on the bandwagon. 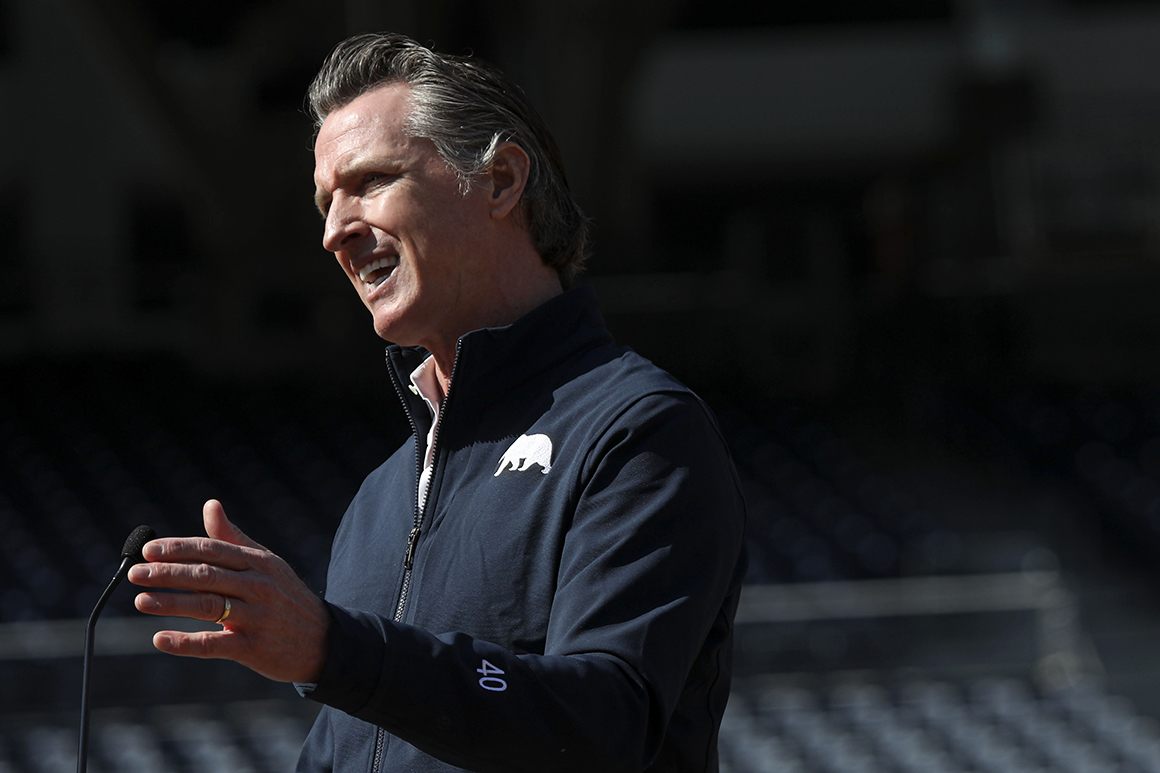 The Republican National Committee is sending $250,000 to help the state GOP force a vote over whether the first-term Democrat should remain in office.

Gold Member
This will be a great symbolic victory if they manage to force the special election.

Do I think they will actually count the votes in said election, rather than decide on a somewhat realistic margin of victory for Newsome beforehand and use that as the official vote count? Absolutely not.

The wild card would be if they have an opponent (GOP or otherwise) that is even more wildly corrupt and compromised that they want to go with. 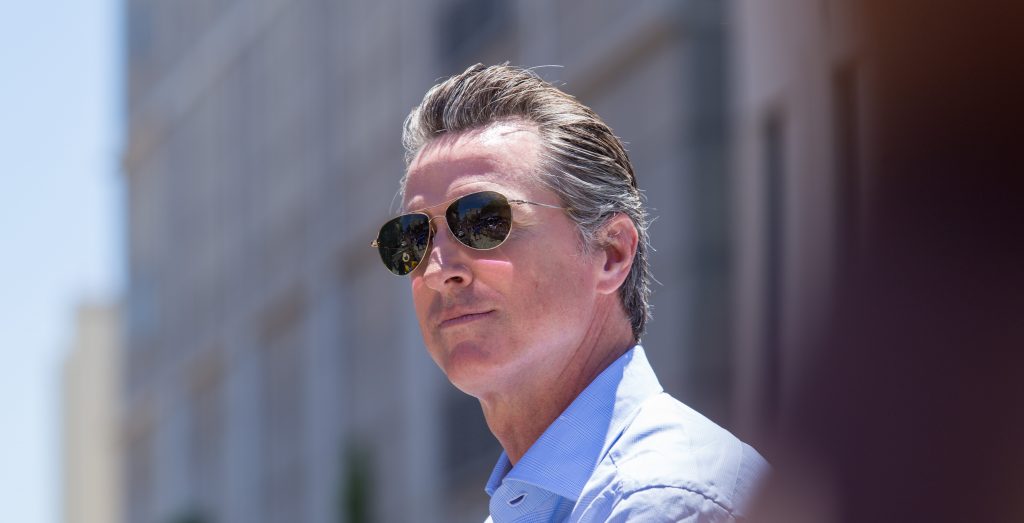 "Gavin Newsom has a strategy to ensure there’s no recall vote."

"Gavin Newsom has a strategy to ensure there’s no recall vote."

The fix is in. Again. Is anyone surprised?

Career politicians know there is just one game left to play to win this, by large scale fraud. And they know that we know, which is the reason why Washington DC now is a fortress. 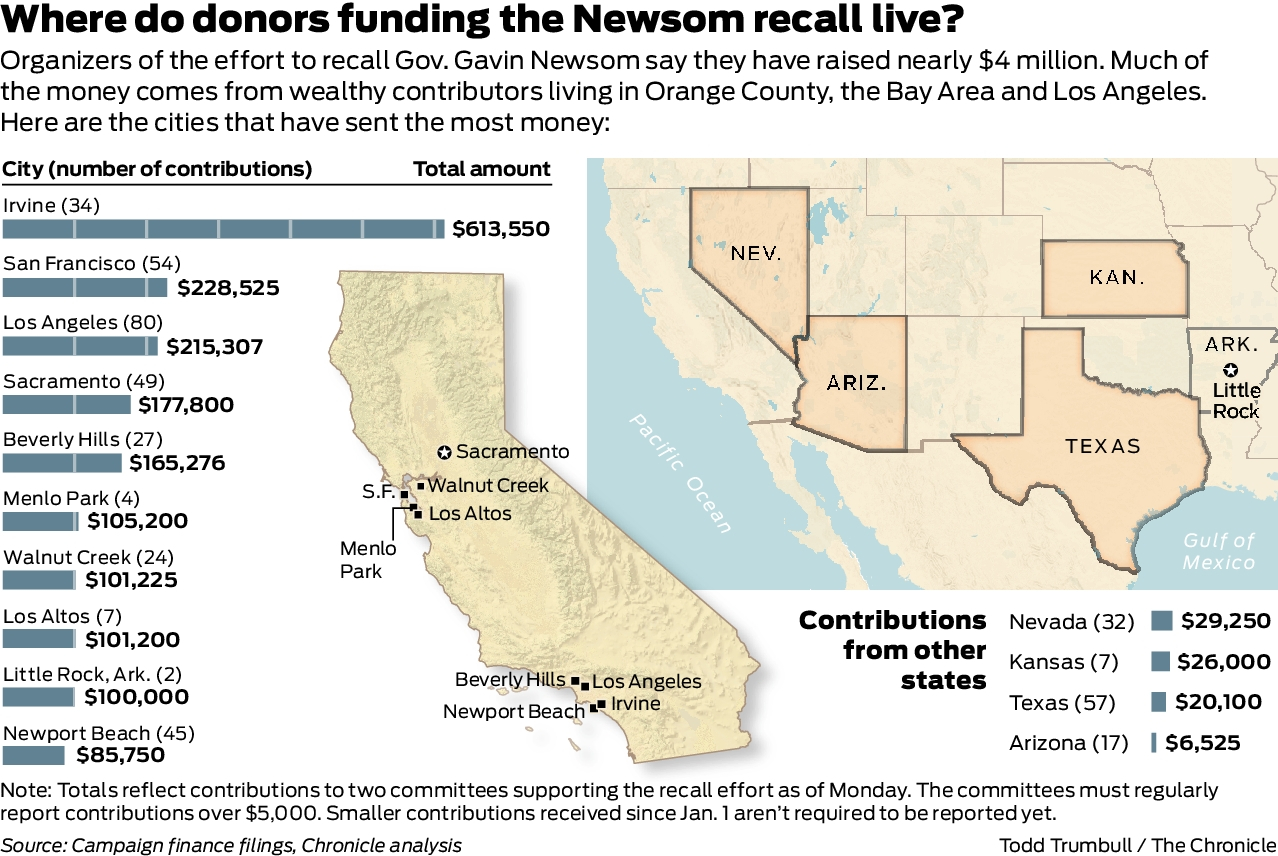 Most of the funds raised for the recall effort — about 92% — have come from within...

Lots of anti Neswom campaign coming out the bay area , his old stopping grounds. That would sting a less sociopathic normal person.

Interestingly though it makes sense is the biggest single source of recall funding is coming out of Irvine CA. Orange County is really pretty red and Irvine has a large high net worth Asian community.

So it seems Newsom's biggest problem comes from having ticked off CA tiger moms that want their kids in school
You must log in or register to reply here.
Share:
Twitter Email Share Link
Top