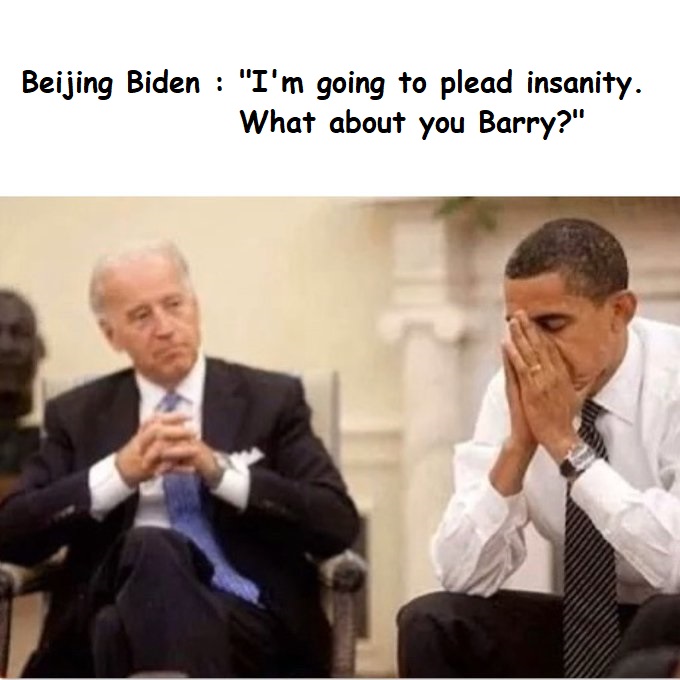 Gold Member
Whats the percent chance that anyone will pay for this? 20%? What would the over/under be if the odds were made in Vegas and someone had to pay out after this all shakes out.

I would love an angry, vengeful Odin to fly down and drain the swamp. The best that might happen are a few very well thought out Tucker Carlson monologues on how corrupt the system is. Then the news cycle will be over.

I give it a 20% chance of anyone paying for it, but that "anyone" will be some wide-eyed millennial idealist stooge who ends up a fall guy. Some Literally Who from Skokie who was radicalized by his liberal arts degree.

Virtually zero chance of Comey (or someone at that level) or even someone at the visibility of Peter Strzok paying for it. Only chance is if someone higher up, through dumb luck, gets in real danger of being exposed for something even worse. Then maybe they'll make a public sacrifice.

Is it me or does this butterball have one of the most punchable auras you've ever seen?

Gold Member
I bet Durham will get the goods on these snakes, but he has to make his case in DC right?

There could be overwhelming evidence to indict and convict, but the resist puke jurors in DC will protect the swamp.
If he could hold trials outside the swamp, there’s a decent chance for indictments and convictions.

Does anyone know how that works? Where does the GJ or trial need to take place?

Gold Member
Those in the establishment are not Republicans or Democrats or nationalists or patriots. 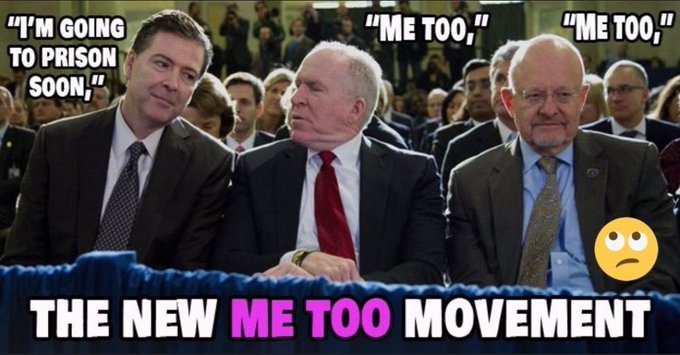 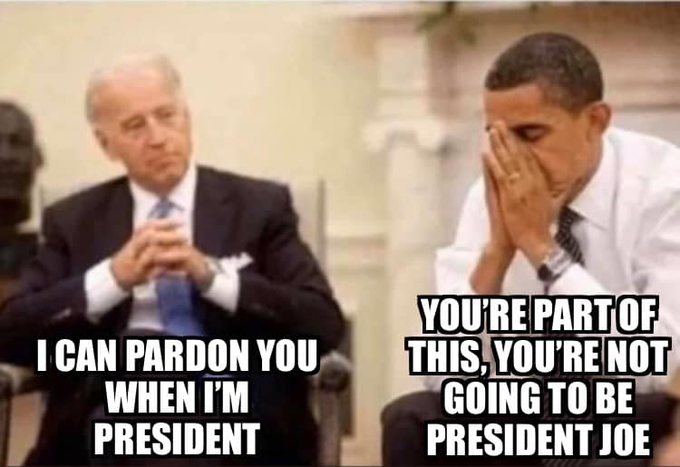 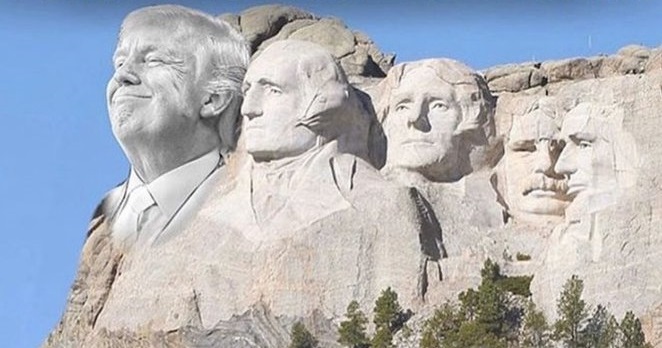 Gold Member
How likely is it that Barry gets an impartial judge/jury, if this even goes to trial?

He would be entitled to a jury of his peers, some will just vote not guilty just because "orange man bad"

eradicator said:
How likely is it that Barry gets an impartial judge/jury, if this even goes to trial?

He would be entitled to a jury of his peers, some will just vote not guilty just because "orange man bad"
Click to expand...

Perhaps why the whole sorry drama has taken so long.
Had it been rushed. then the existing Cabal judges & juries would have countered.

The Black Knight said:
My understanding is that as head of DIA (Defense Intelligence Agency) under Obama from 2012-2014, he had dirt on the IC's/Obama admin actions with regards to spying on political opposition and other illegal activities. Once Trump won and he became National Security Advisor, he became an immediate threat to everyone connected to all the dirty work done under Obama.

It's kind of like divorce in modern America. Doesn't matter if you're innocent; once your wife/ex-wife claims you slapped the hell out of her and sexually molested the kids to gain the upper hand in the courts, your credibility is severely damage and it can take years to un-screw; assuming you even have the money/resources to fight off the bogus claim.

Before Flynn could make his move, they took him out of play and in addition, put the Trump administration on defense within the first month of the Trump's term.

Just like false allegations in a divorce rape case, sometimes the good guy wins in the end after a very painful battle. Hopefully, this is the case with regards to all the Spygate/Flynn/Russiagate/Fake Impeachment stuff and the day of reckoning is coming very soon.

Certain people need to get life in prison and perhaps even the death penalty for what has occurred with regards to the all the aforementioned. If we don't see the counter-punch soon from either Trump and/or Durham, this country is finished.
Click to expand...

It wasn't just that he wasn't a deep state swamp creature, or that he wanted radical changes over at DIA, or that he (very likely) had or could get evidence of all sorts of political malfeasance within the intelligence community, as you describe. He also served under General McChrystal, who was effectively fired by Obama (resigned), and was at odds with then-Director of National Intelligence, James "least most untruthful response" Clapper. Once he was fired from DIA, everyone thought that was the end of him.

Then, Clapper and the rest of the establishment spooks (McCabe, Comey, Brennan, etc.) shit a brick when Trump won the election. They shit another one when he subsequently picked Flynn to be his National Security Advisor. There was nobody more qualified, and none more threatening to the intelligence community swamp.

Think about it - the guy you fired for not being on the corruption team now goes straight to the front of the line on all intelligence programs, past and present. He had to go. So they, with the cooperation of Obama, mobilized the FBI to set him up for the mother of all catch-alls, making false statements (a process crime, not the same as perjury).

He hired the most expensive law firm in town (Covington) not realizing they were part of the problem - Eric Holder was a recent hire over there, FFS! Surrounded by bad advisors, he took a plea without being informed of his options - enough so to support an allegation of ineffective assistance of counsel.

With a ruling from an Obama appointed judge, Flynn's new lawyer gets a trove of documents so exculpatory they'd make Dershowitz blush, and the prosecution drops the case. It should have happened before he went bankrupt and sold his house to pay the white shoes over at Covington, but at least he got a turnaround.

Trump since mused about hiring him back - words can't describe how delicious a victory that would be. Let it happen!

Flynn worked with Obama for years. He knows where the bodies are buried. That's why they needed him out the way.
E

Gold Member
This is what I’m talking about, a federal judge is trying to stop the Flynn release.

A U.S. judge put on hold the Justice Department’s move to drop charges against Michael Flynn, saying he expects independent groups and legal experts to argue against the bid to exonerate President Trump’s former national security adviser of lying to the FBI.
U.S. District Judge Emmet G. Sullivan said in an order Tuesday that he expects individuals and organizations will seek to intervene in the politically charged case. Having others weigh in could preface more aggressive steps that the federal judge in Washington could take, including — as many outside observers have called for — holding a hearing to consider what to do.
Sullivan’s order came after the government took the highly irregular step Thursday of reversing its stance on upholding Flynn’s guilty plea.
Click to expand...

Yeah, so the judge feels he has to go through the motions, but in all likelihood, the case against Flynn is going nowhere - he will keep walking. Amicus briefs are for appellate cases. In criminal cases, especially from politically motivated activist lawyers with no standing, they are as rare as they are ineffective.

Gold Member
What can the judge do? Both parties, defense and prosecutors want the case over. He can’t force the DOJ to prosecute a case they told the court is corrupt.

^Correct. It's nothing but theater to allow amicus briefs, but he wants to look good and at his heart is probably pissed the case has no legs. I can't think of a basis for him to play prosecution without crossing some legal lines. That's not his lane.

I read this as him wanting some Jews to get in some last hits before finally dismissing the case. 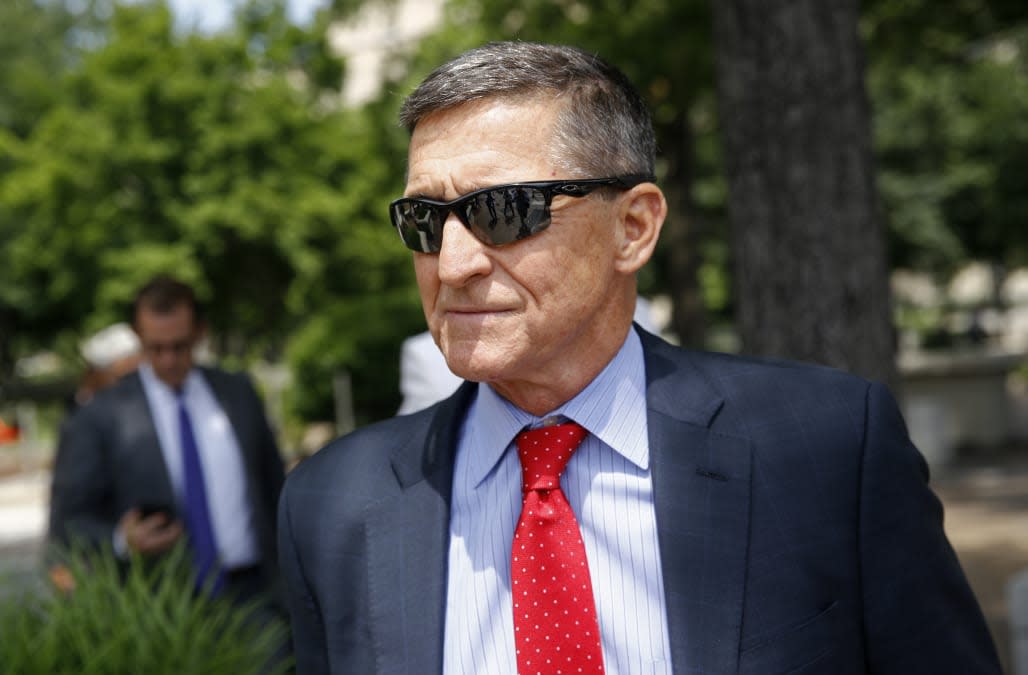 After AG Barr directed prosecutors to drop the case against the former Trump aide who admits lying to the FBI, the judge invited briefs from third parties. 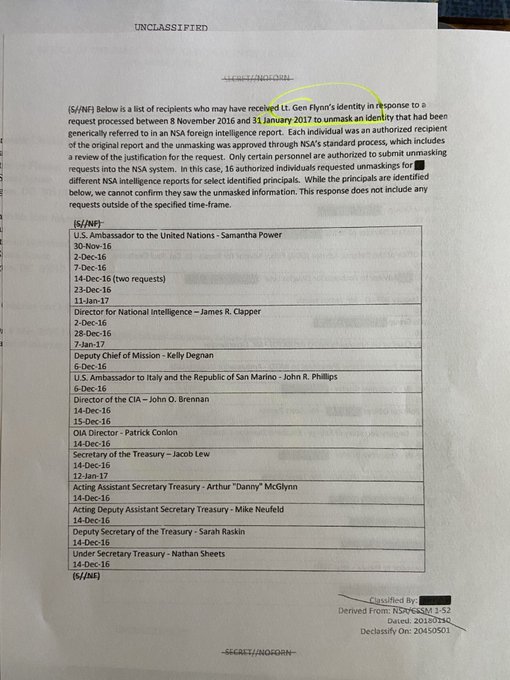 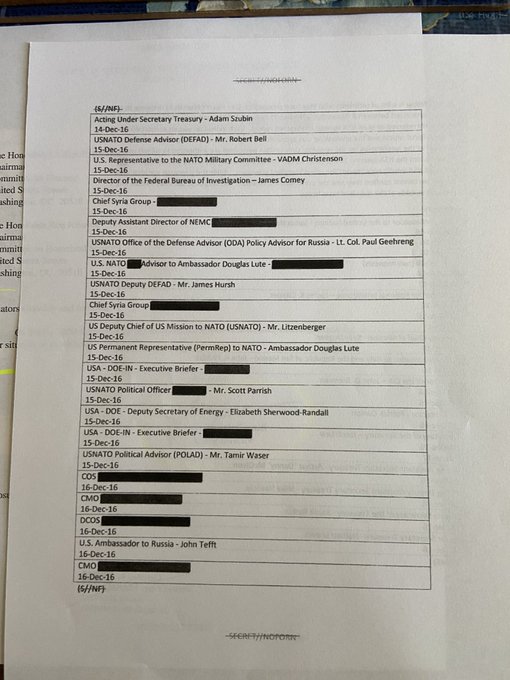 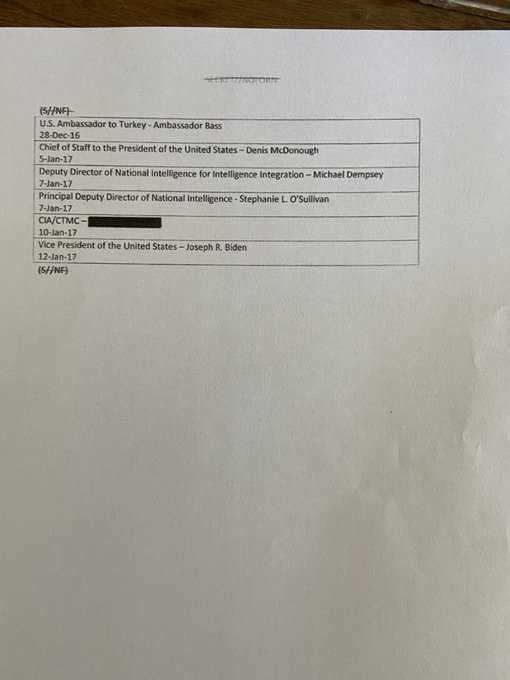 Meanwhile, Hillary Clinton is trying to deflect everyone's attention to something else. She's clearly nervous about the unmasking list.

Roosh said:
I read this as him wanting some Jews to get in some last hits before finally dismissing the case.

After AG Barr directed prosecutors to drop the case against the former Trump aide who admits lying to the FBI, the judge invited briefs from third parties.

The article did mention “individuals and organizations.” Hmm.

I'm not seeing this situation quite that way, though. We have to remember Flynn worked for the most Zionist president in US history - there's plenty of powerful Jews on his side too. But it will be interesting to see who's most nervous about letting Flynn go and potentially regain the keys to the intelligence community kingdom.

It's more about the judge preserving his reputation and social standing in the swamp. The legal rationale at play is a bit of a word salad for most, but the short answer is precedence does not support him having the power to deny the decision by the prosecution to drop the case. The most he can do is call for an explanation from them, so the amicus briefs are just his way of getting some sock-puppet ammunition against the idea. Even then, those groups participating in the moaning and groaning lack even an attenuated standing and zero authority over the matter.
B

Meanwhile, Hillary Clinton is trying to deflect everyone's attention to something else. She's clearly nervous about the unmasking list.

Does anybody know what the justification is for granting access of this resource to Ambassadors, Deputy Chiefs of Mission, and Deputy Secretaries of Treasury and Energy? I remember being baffled that Susan Power even had the ability to use this when she claimed others did in her name. It seems like the kind of thing only The President, NSA, Need To Know Intelligence Officials, and Need to Know Defense officials should have.
You must log in or register to reply here.
Share:
Twitter Email Share Link
Top