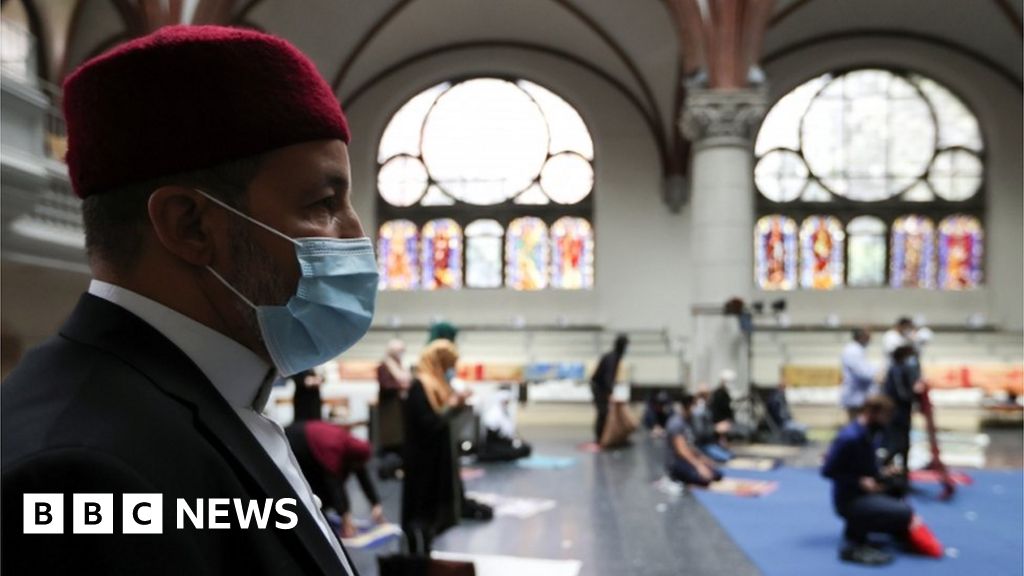 New social distancing rules meant many worshippers had nowhere to go until the church stepped in.


BBC said:
A church in Berlin has opened its doors to Muslim worshippers unable to fit into their mosque under new social distancing rules.

Germany allowed religious services to resume on 4 May but worshippers must maintain a distance of 1.5m (5ft).

As a result the Dar Assalam mosque in the city's Neukölln district could only hold a fraction of its congregation.

But the Martha Lutheran church in Kreuzberg offered to help by hosting Friday prayers at the end of Ramadan
Click to expand...

Not much to say here except the obvious- we'd be waiting a long time after this pandemic is over for a reciprocal gesture that didn't involve an AK and some C4.
D

Would anyone be raped in the pews?

Gold Member
German "Christians" are so cucked that they're just itching for any excuse to desecrate their own places of worship. And why would praying in a church be considered as doing any sort of favor to a Muslim, since if they can't pray in a mosque, they might pray anywhere else?

Perhaps a few nuns will be raped as an expression of gratitude.
D

Why do German beat around the bush?

Why not just get on their hands and knees at the border and pull their pants down to expose the butts to the incoming refugees so that the refugees can sodomize them on arrival?

Obviously virile young Africans and Arabs who had a long hard journey will want to shoot off a load and few of them seem to care if the partner is male or female.

So rather than waste time just have German government organize a line of German men to pull their pants down and bend over to be sodomized at the border?

That's kind of unfair. I'm sure some of the refugees would rather receive oral sex.
T 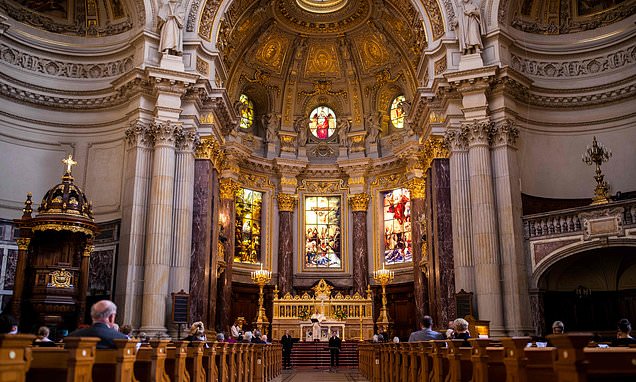 Germany clamps down on SINGING over coronavirus fears

The 'increased production of potentially infectious droplets' involved in singing mean that choirs are facing a longer shutdown (pictured, worshippers at Berlin Cathedral this month).

What I find particularly interesting is this: There have been several stories in the MSM about police/politicians going after Christian churches for holding gatherings in violation of the social distancing guidelines and basically doing everthing they can to hassle Christians attempting to follow their faith. For example, where I am in Southern Ontario, a pastor in Aylmer has been getting hassled by police for daring to hold services for weeks now:

AYLMER – As Pastor Henry Hildebrandt waved his arms and preached passionately about how God feeds the soul, a parade of unmarked police vehicles traded off…

(PS - this pastor has GUTS. I saw an interview with him on Rebel Media where he basically said that it's complete crap that liquor and cannabis stores are considered "essential" while churches aren't and also that he is literally willing to go all the way for his spiritual beliefs. I hate to say this, but it's too bad more Christian leaders weren't of this opinion.)

Now, the thing is, Muslims just finished Ramadan. As I understand it, this is their holiest time of year, on par with Christianity's Easter. Yet, there has not been ONE SINGLE story like this in the MSM, at least that I've seen. So, we are to believe that Muslims, who are know to be quite passionate about their religion, never once held a gathering of over five people during the whole month of Ramadan? Not one imam was threatened with arrest/legal action as this religious leader in Aylmer was? Not one group of Muslim worshipers were intimidated by police for daring to attempt to follow their faith? Not one mosque was burned down for not adhering to social distancing rules? (Believe it or not, a church in the US was.)

It seems pretty obvious at this point that Christians are being targeted, in my opinion. Apparently, the most revolutionary thing you can do in the current year is follow Christ.
Last edited: May 28, 2020
W

The rationale is "that both Christians and Muslim believe in the same God, so what's the big deal? Of course they are welcome!" Someone should mention that Christians believe Christ as God and in the Holy Trinity, and explain how Muslims and Christians worship the same God.


Even the church's pastor took part in the service.

"I gave a speech in German," said Monika Matthias. "And during prayer, I could only say yes, yes, yes, because we have the same concerns and we want to learn from you. And it is beautiful to feel that way about each other."
Click to expand...