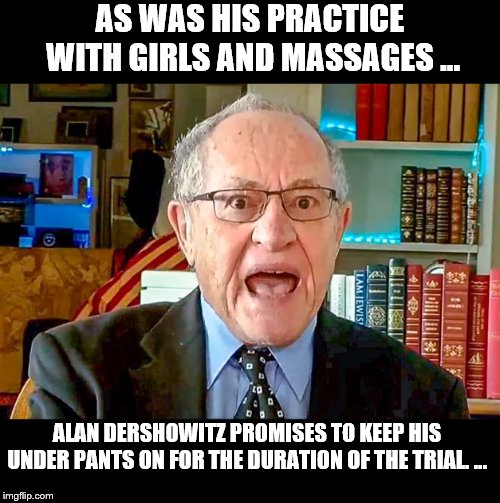 And the assassin has killed himself? Its claimed he was an attorney who worked with her previously.

How can normies hear about this and think everything is OK? Like, how blatant must things get before they wake up?

The suspect was a white man who wore a face covering and a FedEx uniform, law enforcement sources told ABC News, and he used an ordinary car to make a getaway.
Click to expand... 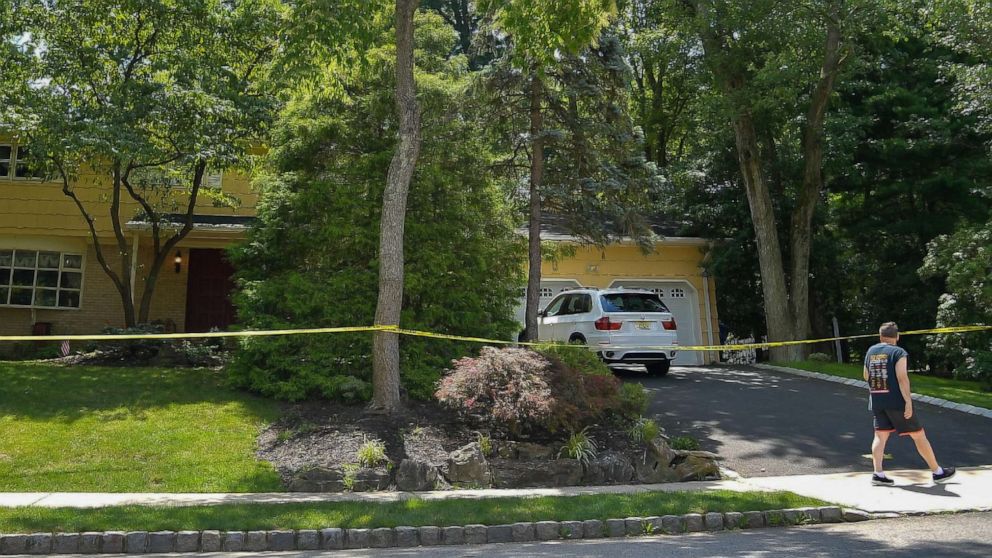 The son of a federal judge in Newark, New Jersey, has been shot and killed, and her husband shot and injured in an attack at the family's home, according to sources.

The deceased suspect was an attorney who had a case before Judge Salas in 2015, sources said.
Click to expand...

This is the narrative they will push. Guy was a tool for other people to use and normies wont really question it except what the MSM says. He had a bad case with the judge!!
D

Gold Member
They are already reporting the suspect was a 'mens rights activist' and donated to a Republican group, so get ready for another crackdown.

It's like they already had all their ducks in a row to push for more control, who would have thought.

Now they are reported the gunman is on the loose:

Yeah there is so much dis-info around at the moment. Going to leave it for a day.

Roosh said:
She may have been talking to prosecutors and so made a kind of deal.
Click to expand...

Can you kindly delete post #231 on this thread. It seems that:

1. I intended to only put the mother-page or the Hashtag page ... somehow, the actually link to the direct Twitter post is there ... I don't believe that I did that myself.

2. That image is disgusting, it's "vomit-able".

It's like, I think it would be too much to link an image of 3 young men tied-up lying on a bed - the infamous image linked to the Johnny Gosch kidnapping case of Des Moines, Iowa (1982).

Gold Member
It gets interesting. Shooter had ties to firm that had links to CIA and Israeli intelligence, Kroll Associates.

Aside from Kroll Associates’ own role as a private intelligence firm, it is also worth pointing out that Jules Kroll had an odd meeting with Robert Maxwell, Ghislaine Maxwell’s father, shortly before his death, alleged by most Maxwell biographers and his family to have been a homicide. Roughly two weeks before his death, Kroll met with Maxwell at New York’s Helmsley Palace Hotel. According to a 1992 article in Vanity Fair, “Maxwell had ushered Kroll and two other men out onto the patio so that their conversation could not be overheard or bugged,” with Maxwell allegedly seeking to hire Kroll to uncover “people out to get him, to destroy his empire, to cripple him financially, and to destroy his life and business in any way they could.”
Click to expand... 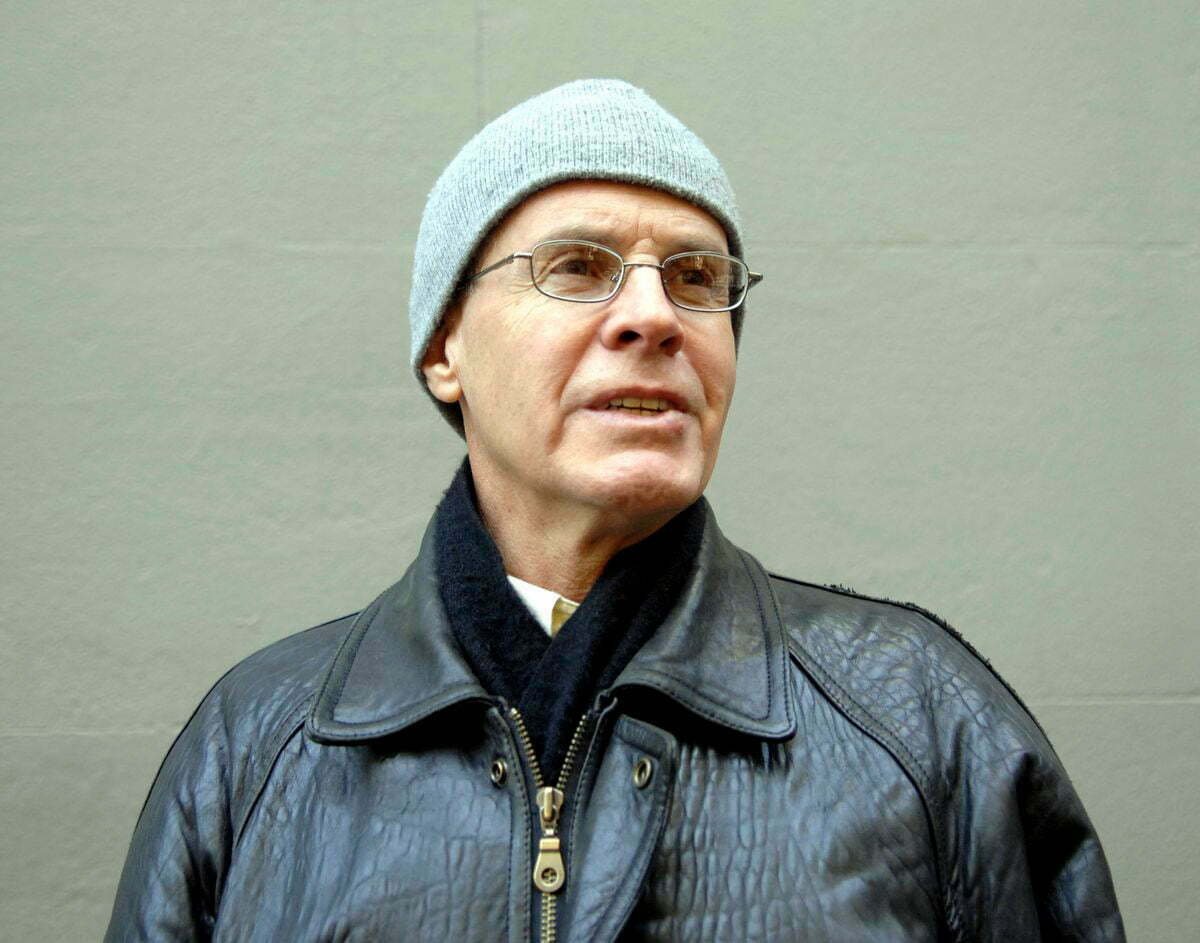 The alleged gunmen who killed the son of Esther Salas, the judge recently assigned to the Epstein-Deutsche Bank case, worked for a company of corporate spies and mercenaries with ties to intelligence and also to Deutsche Bank. 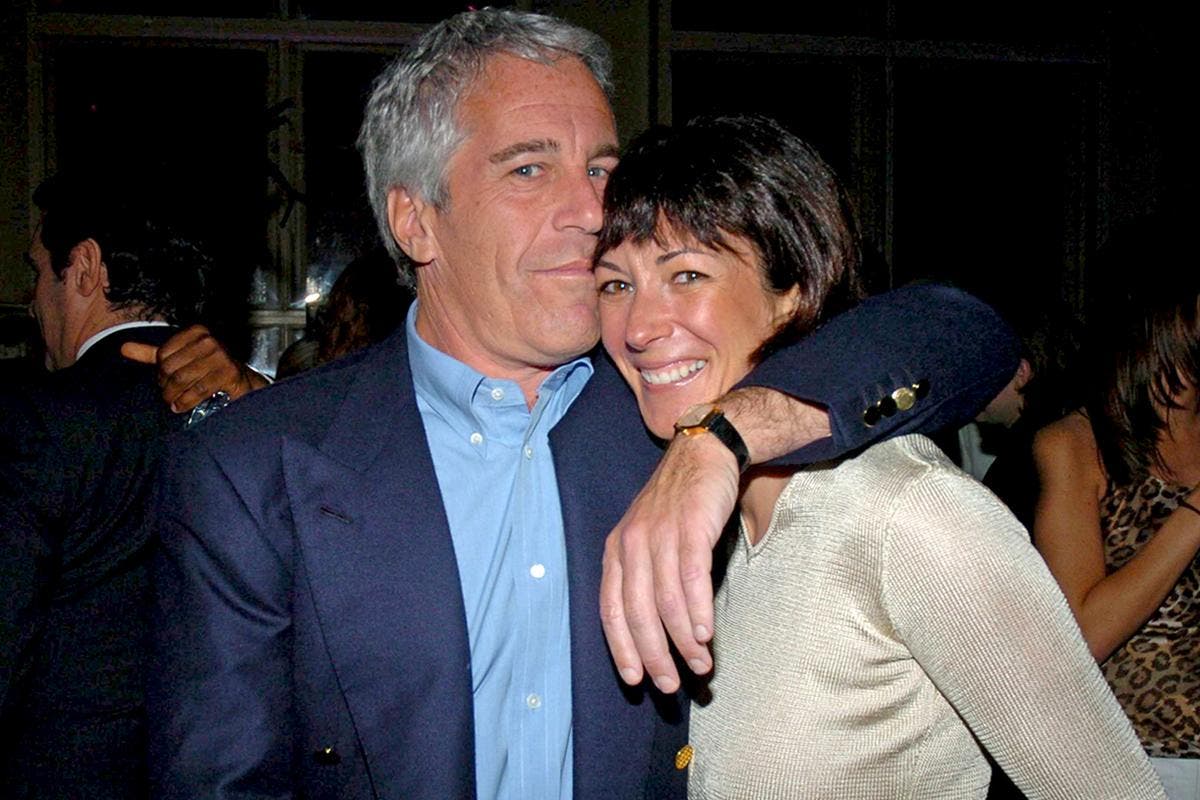 Just an acquaintance or more?
J

I think it was known fact that they've met before on various occasions by virtue of the Epstein / Trump connection down in Palm Beach, Florida (and likely NYC as well). But I'm guessing that all ended around the time that Trump severed ties with Epstein circa 2004.

It’s all just so tiresome.
J 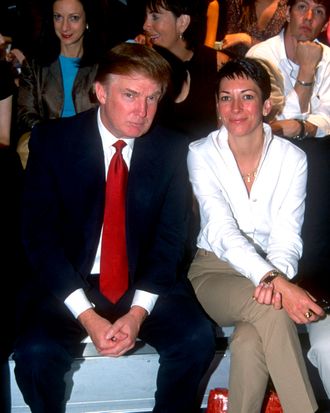 New York Fashion Show .. not sure which year

New York Fashion Show .. not sure which year
Click to expand...

“I don’t know. I haven’t been following it too much. I just wish the Israeli spy well frankly. I know she helped rape many underage Shiksa girls to blackmail American politicians, including Justice Roberts on their pedophile island, but I just wish her well. I met her many times over the years since I lived in palm beach and I guess they lived in Palm beach. But I wish her well, whatever it is. I don’t know the situation with Prince Andrew. Just don’t know, not aware of it.”


If she were helping to rape hundreds of little Jewish girls held captive on an island, would he still wish her well? Is this what America first looks like? In what world is this okay? This is one of the greatest scandals in US history, blackmailing presidents, congressmen, and the Supreme Court for a foreign power. Would anyone else like to see the flight logs of Trumps private jet? How about a full investigation into Mar a Lago and an interrogation of his staff. Why isn’t she in Guantanamo?

Does anyone still have any questions? Epstein’s death on Trumps watch is starting to make a little more sense now isn’t it. How is this not treason?
Last edited: July 22, 2020
Share:
Twitter Email Share Link
Top