Golden child syndrome: why do fathers favor their daughters heavily?

Whether it was Trump's obvious favoritism with Ivanka, or with my own personal life (my father absolutely favors my sister), I would like to know why men engage in this practice when it comes to women?

For context: my sister will bitch and moan all day about issue _____ , and my father will tolerate it, but when my brother or I attempt similar over legitimate issues, we're quickly yelled at and essentially shut down. Why do fathers favor female siblings in this fashion and why do fathers seem to have this double-standard? Is there any reason behind this? Is this something men do to cope with a lack of young, female energy?

I favor my daughter over my sons. One the many reasons I do is to teach my sons that, while society will always protect women, men will always be considered expendable. Nobody will be there to support them, contrary to women. (I support my sons of course, but in a more distant way). Also, it balances the fact that my wife prefers my sons.
Another reason is that relationships between men always have an element of violence. It's normal masculine functioning. Taunting, jeering, light punches are normal. Women by contrast react very poorly to violence.
Women have a special calling. They promote relationships of warmth and care. It makes dealing with them easier and more comfortable than dealing with men. That is good.

Montrose said:
I favor my daughter over my sons. One the many reasons I do is to teach my sons that, while society will always protect women, men will always be considered expendable. Nobody will be there to support them, contrary to women. (I support my sons of course, but in a more distant way). Also, it balances the fact that my wife prefers my sons.
Another reason is that relationships between men always have an element of violence. It's normal masculine functioning. Taunting, jeering, light punches are normal. Women by contrast react very poorly to violence.
Women have a special calling. They promote relationships of warmth and care. It makes dealing with them easier and more comfortable than dealing with men. That is good.
Click to expand...

Favouring your daughter over your sons is a bad idea, and all the reasons your provided are not thought out or defensible.

A perfectly peremptory (and therefore mostly useless) answer. Happy to hear your reasoning, if any.

I often tell my sons : "we are not rich, the only thing worth stealing in our house is your sister, so you should protect her".

Montrose said:
A perfectly peremptory (and therefore mostly useless) answer. Happy to hear your reasoning, if any.
Click to expand...

Of course I spend a lot of time teaching my sons and doing boy's things. The original question by OP was more about affectionate/emotional behavior than teaching/coaching, unless I misunderstand.

Also, my boys are free to roam the city at leisure, while my daughter (who is older) has strict hours.

Maybe I should rephrase. Boys and girls have to be educated differently. I believe that it's normal to be tough with boys and soft with girls, and that's why I may appear to "favor" my daughter. But equal care and attention should be given to both sexes' education, also bearing in mind that a father's presence is even more important for sons than it is for daughters.

Evolutionarily, a daughter is a more sure-shot to passing on your genes (you = the parents of this daughter, the would-be grandparents of her children) than a son. A son has a high chance of dying before reproducing (traditionally, or even now tbh, just OnlyFans and vidyaing his life away instead of warfare) and a man must be sure his children are his in a way a woman need not wonder. Edward Dutton or JF Gariepy would say something like this.

Also, in my experience, kids usually get along better with the parent of the opposite sex when they're young, and the parent of the opposite sex is more attentive to them. I'm sure Freud would read a bit too far into that, but I do think it's an extension of the gender dynamic among adults. The first man a woman (girl) is loved by is her father, the first woman a man (boy) is loved by is his mother.
F

Most parents I know are treating their kids differently. Means they prefer from little age one small kid over another and kids are quick to find out how to benefit from it.
I never liked it and have a bit of disrespect for parents who are doing it.

Children will remember this double standard all their life because they consider it unfair and wrong and they are right.
Putting one child on a pedestal over another is unjust and wrong for them.

It is also a sure way to have in future "distant" relationship with a less favorable child.

Don't play stupid political games "who is the closest ally" with your own children.
Last edited: March 17, 2021
T

Why do father's prefer their daughters? From a normal perspective I suspect this has a lot to do with the male protective nature of females and the special relationship between parent to child.

I've been told that a woman's first love is their dad. A father is more delicate and restrained with his daughter, he handles her as something that is precious and fragile. The daughter is the repository of millions of eggs and her body is a future incubator of the father's genetic lineage. She's his future. The love between father and daughter is unconditional and absolute. This is wonderful gift from God.

But, none of this is appreciated by liberals and feminists, in fact, I'm sure its scorned. Case and point, a long standing tradition in many high schools is the father-daughter dance. This has been cancelled, for a variety of reasons, the homosexuals complaining for instance, but also, because, as mentioned, the left hates this. I suspect its because not everyone has a dedicated father and, therefore, the girl left out of the father-daughter dance feels sad. And this sadness turns into envy, jealousy and resentment.
W

Daughters are more delicate, fragile, objects of stalkers and pscyhos and perverts of all sorts as they get older. Hence fathers have to look out for them more compared to sons.

Montrose said:
I favor my daughter over my sons. One the many reasons I do is to teach my sons that, while society will always protect women, men will always be considered expendable. Nobody will be there to support them, contrary to women. (I support my sons of course, but in a more distant way). Also, it balances the fact that my wife prefers my sons.
Another reason is that relationships between men always have an element of violence. It's normal masculine functioning. Taunting, jeering, light punches are normal. Women by contrast react very poorly to violence.
Women have a special calling. They promote relationships of warmth and care. It makes dealing with them easier and more comfortable than dealing with men. That is good.
Click to expand...

My grandfather came from a family of 5 brothers and 1 sister, his parents made him and his brothers work jobs outside of the house [as children] while bringing their money to the parents, and they were made to do chores and cook for their sister who was never required to do any work because she was proclaimed the princess of the house.

My great aunt never married and never had children, she was a pretentious, disagreeable, contentious, entitled woman, her entire life. No man ever asked her to marry her. She dated a few men but none of the relationships lasted more than a week or a month before the men would stop calling on her. It was rumored she was a mistress to a married man in the 1950s-1970s for about 20 years before he cut her off, but that was just a rumor, although a persistent one. It seems that was the most she could ever hope for, being a side piece for a married man because no man actually wanted to build a life with her.

Her parents favoring her, so openly, and so extremely, ruined her for life and made her unmarriageable. 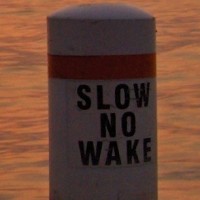 From the discussion of both my post on manface and girlpower characters it is clear that even in the men’s sphere there is much love for “strong women”. In my most recent post th…

I see it akin to cross-dressing but in a behavioral sense.

On the other hand I know that its good to be protective of a child especially a daughter. But I think that protection should be usually delegated to himself, her brothers and her future Husband and his Male companions.

Its not for women to potentially stain their hands with blood when necessary.

infowarrior1 said:
What I also notice is that Fathers raising their daughters as if they were their sons. And this love for "Strong Women" especially in the conservative sphere and its reflected in the comments too about Gina Carano and Ripley. How they are real "Strong Women". But why would conservatives want their daughters to be so Masculine?:
https://dalrock.wordpress.com/2017/04/10/kickass-conservative-gals/
Click to expand...

Great points, this absolutely was a feature of middle class and up for the late Generation X and later. I think it was because that was the beginning of the major decline, but people just didn't see it due to the slow incremental change which peaked in the 1990s and became degen inducing for most in the 2000s. Basically, the economic times were good enough to put on this charade. Only now do people realize how much that failed them and that the future is as bleak as ever for most, in terms of pairing off and having a solid, stable marriage.

The family dynamics is very simple to understand, the family father does everything that matriarcha commands (because of sex), and the matriarch is corporatist as much of women = daughters will be better treated.

Gold Member
Because women are weak and have the luxury of being allowed to be weak, men are expected by a strong father to carry the torch and strong men are not created by coddling.

Ive seen what happens when it’s the other way around and the boys are coddled ones like a lot of my guy cousins were, it’s not pretty.
E

My father heavily favored my sister, but coming from a moody, distant father, he really was beholden to his mother, and though he claims he is religious, his real faith appears to be that if a woman in his life makes a demand, it must have some legitimacy. This led to my sister being spoiled, she went on to become an emotional tyrant within personal relationships and she went on to pick a weak man as a husband that she could control like my father. I think at times her husband has considered suicide from what I've heard. Many times growing up, I begged my dad to hold her feet to the fire and seeing how it turned out, I only wish a friend of his would have given him a wisdom that his parents had not, that mom's emotions, his daughter's emotions, any woman's emotions should have no bearing on how a man determines what is right. Seeing how this has caused damage in my sister's children is the worst of all, and yet, to this day, my dad takes no responsibility in the matter.
Share:
Twitter Email Share Link
Top