Long Haired Samson said:
You just quoted wikipedia? LOL! You are wrong. The Mayan culture depicted in the film is from the Classic Maya period which was centuries before 1502. This video breaks down the major historical in accuaracies of the film.

The guy from this channel is a pathetic British soyboy leftie with a very clear agenda against Mel Gibson, he calls Gibson "asshole" right at the start of the video!

You said first that the Mayas never practiced human sacrifice, I proved you were wrong. Now you're trying to shift the goalposts by saying "the Maya did not practice human sacrifice as depicted in the film. That came much later after they were influenced by Aztec culture." when in fact they practiced sacrifices on a large scale throughout their history, including in the later period when the Spaniards arrived, as clearly proven by this source which cites 7 different artifacts supporting late Mayan human sacrifices:

Human sacrifice among the Maya is evident from at least the Classic period (c. AD 250–900) right through to the final stages of the Spanish conquest in the 17th century. Human sacrifice is depicted in Classic Maya art, is mentioned in Classic period hieroglyphic texts and has been verified archaeologically by analysis of skeletal remains from the Classic and Postclassic (c. AD 900–1524) periods. Additionally, human sacrifice is described in a number of late Maya and early Spanish colonial texts, including the Madrid Codex, the Kʼicheʼ epic Popol Vuh, the Kʼicheʼ Título de Totonicapán, the Kʼicheʼ language Rabinal Achi, the Annals of the Kaqchikels, the Yucatec Songs of Dzitbalche and Diego de Landa's Relación de las cosas de Yucatán.
Click to expand...

Banned
Catholic
Danish movie from 2012. Very good job. Love it. My wife says it makes white guys look stupid and weak. I think its more of a single mom/son story and actually taking back masculinity. And the manly craving to feel loved and respected in a world that doesn't care about you.

Other Christian
Teddy Bear was a moving film. The giant introverted man being repulsed by the snake head scum in Bangkok and finding a 5/10 mate in his sanctuary where he strived to improve himself. His single mother was easy to hate but it really represented the breakdown of family units that divorce promotes.

Banned
^ I remember reading about Teddy Bear (and Dennis, the short film from which it was derived) on ROK back in 2015. I actually have a copy of TB on my computer, albeit with hard-coded Greek subtitles.

Maniacts is a good romantic comedy with horror elements from 2001, starring Jeff Fahey (Body Parts, The Lawnmower Man) as Joe, a serial killer sent to a mental asylum who befriends and later falls in love with Liz (Kelly Waymire), another inmate at the asylum. They plan on breaking out, but Liz is then re-captured and Joe, after briefly returning to his childhood home, returns to break Liz out, and they head out into the countryside.

Thanks for this.
I saw 'Caché' years ago, a disturbing but fascinating film that still stays with me to this day.

amity said:
Thanks for this.
I saw 'Caché' years ago, a disturbing but fascinating film that still stays with me to this day.
Click to expand...

No problem bro. Did you see The Piano Teacher? Than was some twisted sh*t!

Orthodox
Wife and I watched the film, "Leap Year," and enjoyed it. Sex before marriage is discussed within the movie as a bad thing; the film presents an idyllic view of Ireland before its current modernist dispensation.
W

Protestant
I'm a huge fan of the Golden Age of cinema and haven't been inside a theatre in over 20 years. I think the last movie I saw was the Legend of Sleepy Hollow and the one before that was Apollo 11 which is all you need to know what I think about today's movies coming out of Hollywood. Anyway here are some you've probably heard of but haven't seen in a while.

Gents, I have to recommend First Man. A moving look at Neil Armstrong and the technical, emotional and spiritual challenges he and the US astronauts faced. The acting is superb, the technical details breathtaking (from the cockpit of an X-15 going hypersonic to the cockpit of the Eagle Lander on its lunar descent) and the sense of place makes you realize that America was once a very different place. Powerful and moving soundtrack
This is no 1917 were historically incoherent diversity is shoehorned in and detracts from the performance...this is a movie that really makes you appreciate how dignified America was at her traditionalist peak, 1969, before the deluge of Cultural Marxism. (People forget that Protestant communion was celebrated in space by none other than Christian Buzz Aldrin.

Last note: I suspect that this movie suffered a one two punch that helps explain why it was a commercial failure. Progressives hate this movie based on it being true to history and not pushing fake diversity or feminist grievances, and conservatives (lol) fell victim to fake news that the movie “didn’t feature the lunar flag raising”. Spoiler alert: there is a very simple, but moving and effective flag raising in the movie. Overall, the events in the move arent presented as a ‘Murica circle jerk, rather as an American achievement that any human being can appreciate next time they look at God’s creation above us. 4.7/5 stars

It’s one of my favorites.

The trailer for Seconds was posted earlier in the thread.

Seconds is also known for its connection to American songwriter Brian Wilson of The Beach Boys, who was strongly affected by the film during sessions for the concept album Smile. After arriving late to the theater, he appeared to be greeted with the onscreen dialogue, "Come in, Mr. Wilson," believing for some time that the film was directly based on his recent traumatic experiences and intellectual pursuits, going so far as to note that "even the beach was in it, a whole thing about the beach."[9][10] Wilson soon after ceased Smile recording sessions for the next several decades. The movie reportedly frightened him so much that it wouldn't be until 1982's E.T. the Extra-Terrestrial that he'd ever visit a movie theater again.
Click to expand...

Ostrov -"The Island" is a 2006 Russian biographical film about a 20th century Eastern Orthodox monk. Pyotr Mamonov, who plays the lead character, formerly a rock musician in the USSR, converted to Eastern Orthodoxy in the 1990s and lives now in an isolated village. Film director Pavel Lungin said about him that "to a large extent, he played himself." Mamonov was first very hesitant to play in the film, but then was urged by his confessor to play the character. After the filming, one of the movie crew staff decided to stay on the island and live there as a hermit.
Click to expand...

Banned
I don't think Gods and Generals has been posted yet. I just saw it for the first time. It's about the Civil War, focusing especially on Thomas Jackson the Confederate general. A lot of Christian messages. Metascore is only 30/100. That's not because it's a bad film. In fact, it is very, very good. The low score comes from alien critics because of its "political incorrectness".

It's a top 10 of all time for me, I think. Very high IQ manuscript. 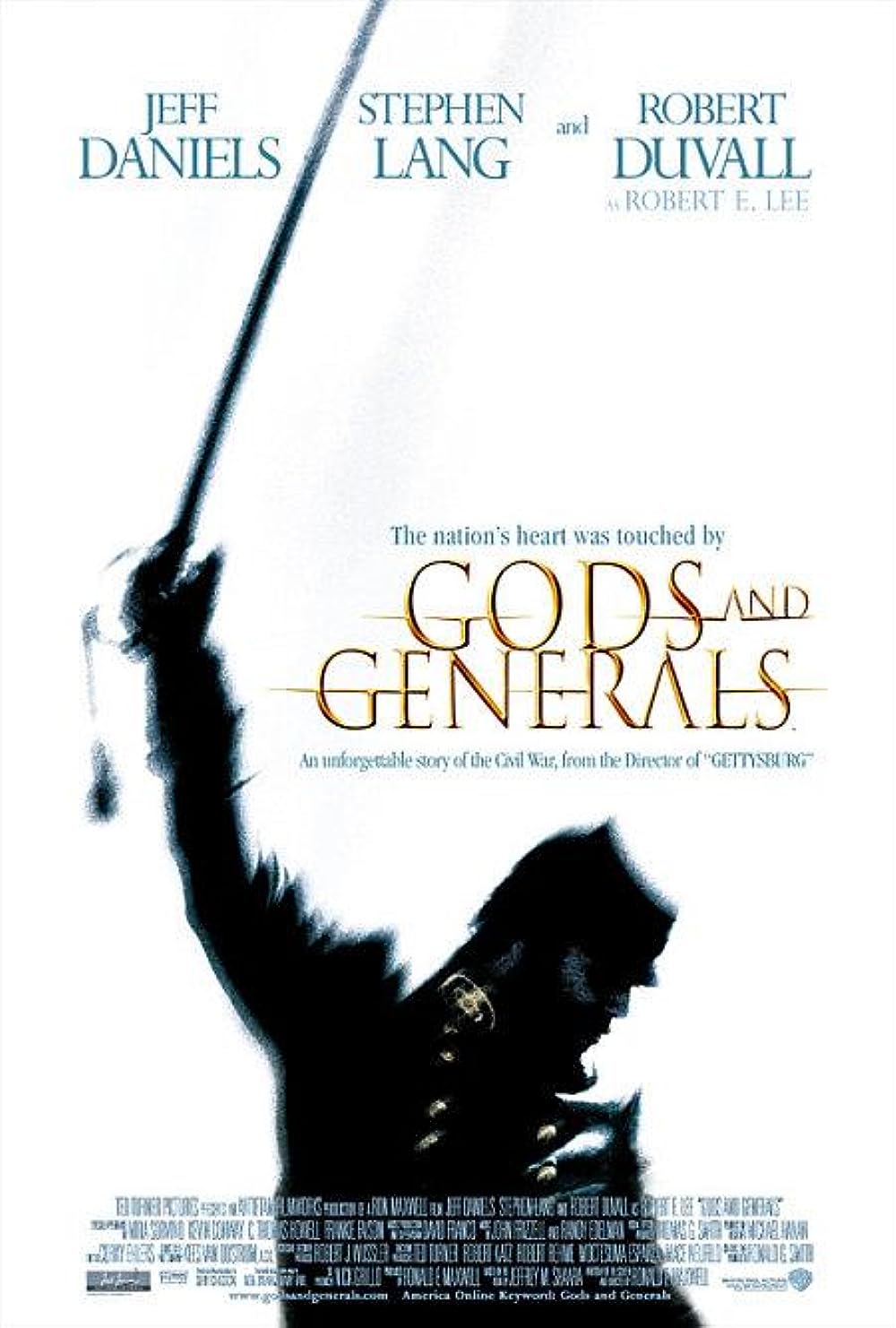 Gods and Generals: Directed by Ron Maxwell. With Donzaleigh Abernathy, Mark Aldrich, George Allen, Keith Allison. The rise and fall of confederate general Thomas "Stonewall" Jackson, as he meets with military success against the Union from 1861 to 1863, when he is accidentally killed by his own...

Has anyone else mentioned Serpico yet?

Gustav Adolf said:
I don't think Gods and Generals has been posted yet. I just saw it for the first time. It's about the Civil War, focusing especially on Thomas Jackson the Confederate general. A lot of Christian messages. Metascore is only 30/100. That's not because it's a bad film. In fact, it is very, very good. The low score comes from alien critics because of its "political incorrectness".

It's a top 10 of all time for me, I think. Very high IQ manuscript.

Gods and Generals: Directed by Ron Maxwell. With Donzaleigh Abernathy, Mark Aldrich, George Allen, Keith Allison. The rise and fall of confederate general Thomas "Stonewall" Jackson, as he meets with military success against the Union from 1861 to 1863, when he is accidentally killed by his own...

One of my favourites. Excellent soundtrack as well.

PaulC said:
One of my favourites. Excellent soundtrack as well.

Downloaded. Thanks for the suggestion!

Even more interested now that I know it takes a balanced view to the Civil War, showing the Confederates' side as well.

Great film. I saw that shortly after release when I was around 20. I enjoyed the atmosphere and style, but as I didn't know a thing about Orthodox at the time (or much useful knowledge about my own faith that I was raised with), a lot of the significance of the film was lost on me. I really should re-watch it.

On the topic of Orthadox, I very highly recommend Andrei Rublev. (1966) A film about "The life, times and afflictions of the fifteenth-century Russian iconographer St. Andrei Rublev." One of the most impactful films I've ever seen. I've watched it 3-4 times by now. 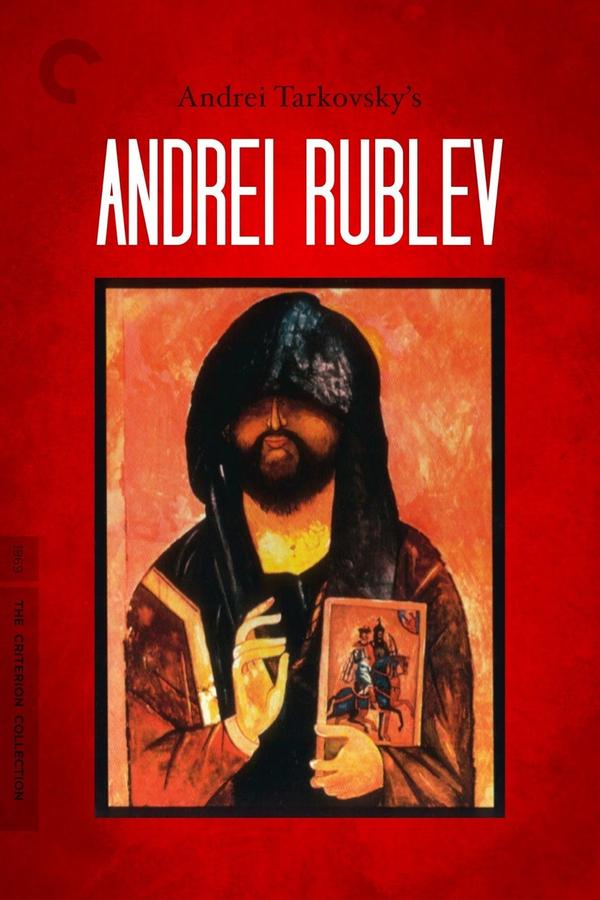 Orthodox Inquirer
I just watched the 2021 film Old Henry. It is a traditional western film. Highly recommended. I started watching it, expecting very little, and immediately became captivated. I've found films fall into one of two categories: engaging and boring. You can even have "good" films but they still are filmed in a "boring" way. I don't know how else to describe them but some films really draw you in, and you care about every word the characters are saying, and others (let's say, The Hobbit) might be good overall but just don't engage you the way a captivating film will.


This film... was made in current year, and has nothing but white male actors in it. Yes, you read that correctly. (There is one hispanic). I don't know how they were able to pull that off!

During pre-production, [the lead actor] Nelson spent six months researching how his character would sound and move. He then spent another six months working on the 100-page screenplay with Ponciroli and two months physically preparing his body to handle a gun, ride a horse, and get in shape to look like a farmer.Nelson's role in the film was confirmed on January 12, 2021.On his performance, he says he "wanted for Henry by the end of the movie to be vastly different from the character he was at the beginning of the movie, and for the audience to never be able to name a single moment where the transformation happens.
Click to expand...