Banned
Catholic
What was that original Amazon flick about a bus driver?...

First time in a long time I watched a movie and didn't leave feeling I needed to earn more and buy more.

I haven't really watched any movies at all since The Coof kicked off, other than to get insights into what's coming.
I

Otherwise movies that openly clown what's going on like Idiocracy.

At least you don't get suckered by some BS rogue scene.

If you can't beat 'em, join 'em in laughing at the morons.

Orthodox Inquirer
The Hunt - Danish film, Mads mikkelsen great in this
Victoria - all filmed in one shot (not about the old Queen of England) set in Berlin
Capernaum - very moving, young boy (incredible actor) runs away from home after his parents marry off his sister, Arabic.
T

Igoradorev said:
What was that original Amazon flick about a bus driver?...

First time in a long time I watched a movie and didn't leave feeling I needed to earn more and buy more.

I haven't really watched any movies at all since The Coof kicked off, other than to get insights into what's coming.
Click to expand...

Paterson? I enjoyed that. Good movie about enjoying everyday small things. Just a guy driving a bus around and having a great time writing poems.

Orthodox
Action western about a farmer, a son and an injured man carrying a stash of cash. Best part about this movie, NO female characters, zero.. zilch.. nada.. Only male masculinity, solving male problems, with guns. 8/10 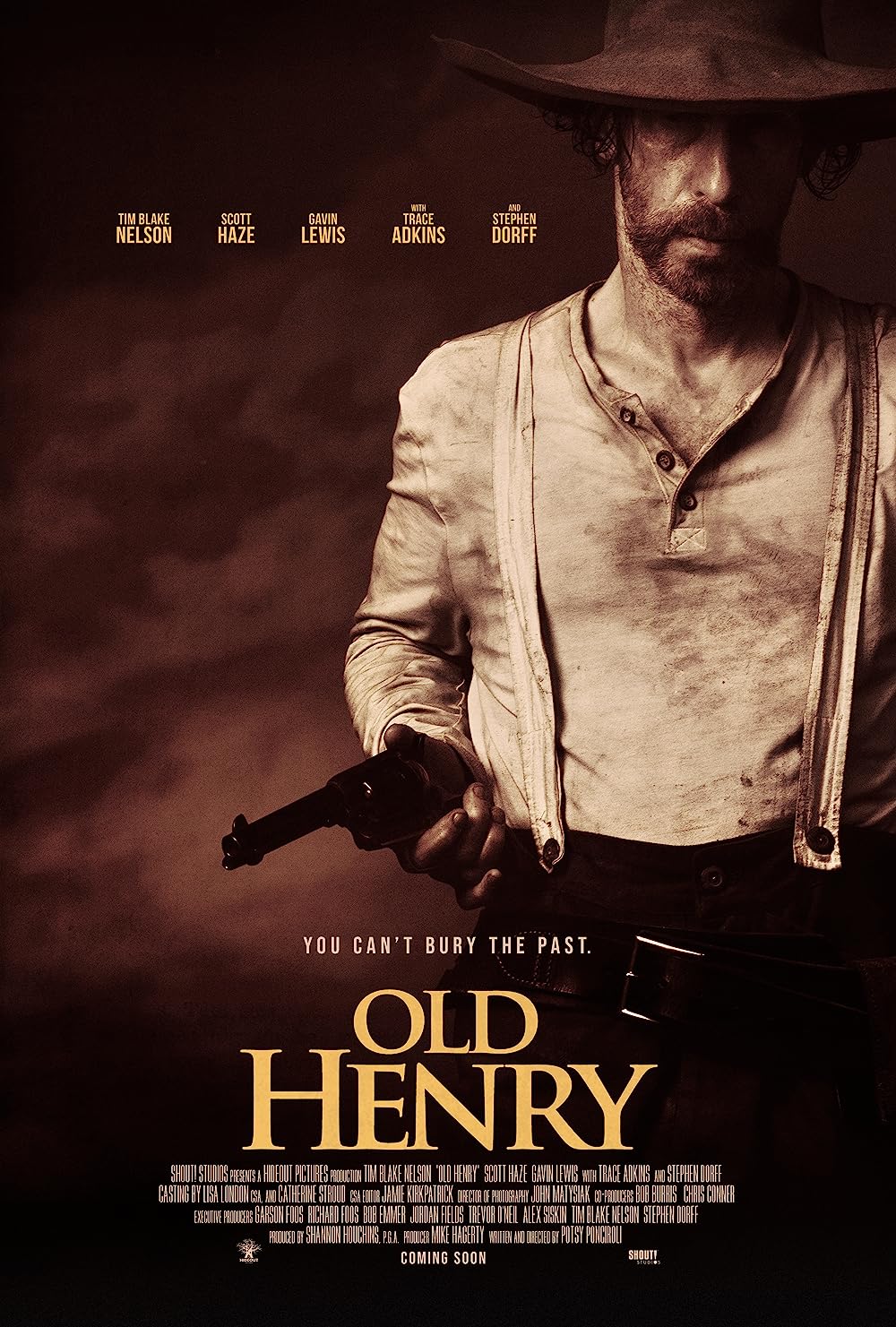 Old Henry: Directed by Potsy Ponciroli. With Tim Blake Nelson, Scott Haze, Gavin Lewis, Trace Adkins. An action western about a farmer who takes in an injured man with a satchel of cash. When a posse comes for the money, he must decide who to trust. Defending a siege, he reveals a gunslinging...

Tippy said:
Paterson? I enjoyed that. Good movie about enjoying everyday small things. Just a guy driving a bus around and having a great time writing poems.
Click to expand...

I liked it too. Strange movie though as it had an unsettling feeling to it. It was almost like I was waiting for the shoe to drop. But it never did. The pace and tone stayed the same all the way through to the end.

These are two very good suggestions. The Quiet Earth is an end-of-the-world story, but Seconds is totally original.

Orthodox Inquirer
Lately I'm watching mostly pre-2000 films, and they are entertaining and present normal white people doing normal things, no "surprise, I'm gay" characters and the minorities presented seem to get along just fine, despite all the talk about how hateful things were back in the before times.

The Edge starring Anthony Hopkins and Alec Baldwin was really excellent. It involves a very intelligent and well-read Hopkins character taking a group of friends to enjoy a cabin in the woods. There is a Manhunter bear, and a series of events causes some of the characters to be lost in the woods and hunted by this bear. But it plays much more like a "wilderness survival journey home" type film than a horror film. Anthony Hopkins character uses his wealth of knowledge to try to get them home. It has a lot of good lessons (both practical, such as how to use a needle and a leaf to create a compass, and some moral lessons).

The scenes with the bear are absolutely incredible, and blow away anything they could do with CGI. Apparently they used a famous 9 foot tall bear named Bart who has been in many films, but I've never seen anything like this before or since!

Here's a clip of the famous bear chase scene. I have no idea how they filmed this bear running at breakneck speeds and snapping tree branches, but in 1997 it was all real, no CGI.

The ending of the film is poignant, and I'd be interested in discussing the final scene if anyone has seen it. Hopkins plays a very strong, wise, honorable character who is also a billionaire (another huge contrast with the rich of today).

MRAll134 said:
I like Ari Aster's work. Hereditary is great for a horror film; you never know what is going to happen next. Midsommar was pretty good too. If you watch this second one, you should look for the faces in the forest. Aster uses a lot of subtle visuals to create a more terrifying film.
Click to expand...

I thought about watching Hereditary but now I'm pretty sure its full blown propaganda from the usual suspects ..I've posted this picture before but I'm really starting to be more picky of what I watch. 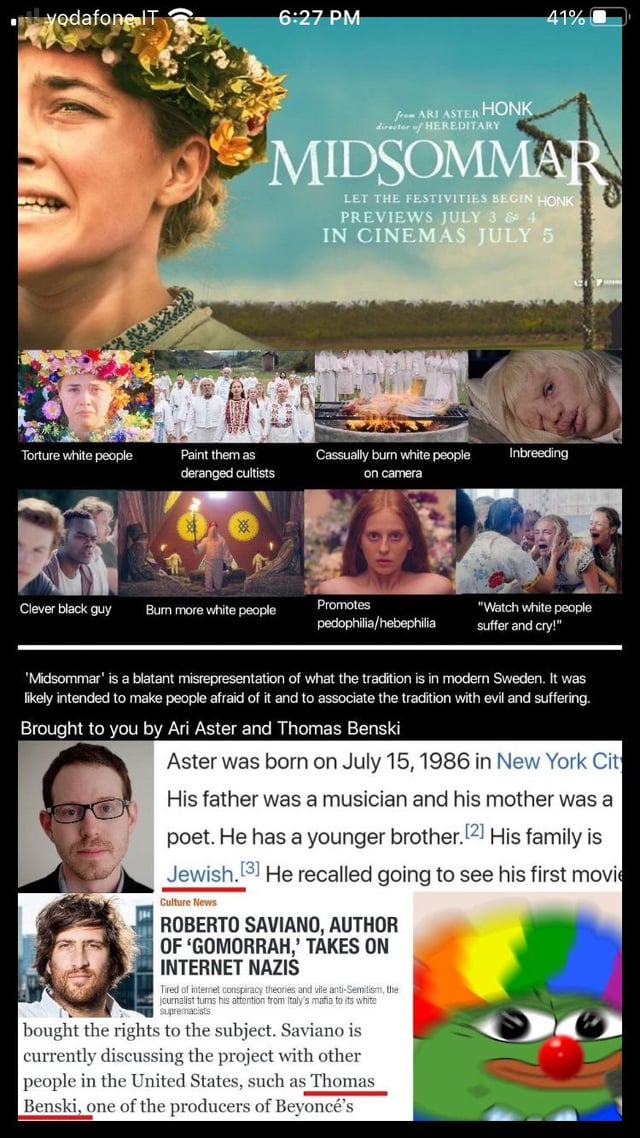 Orthodox
OK, YOU ASKED FOR "GOOD" MOVIE SO THIS IS VERY SUBJECTIVE, I'M TRYING TO OFFER SOMETHING THAT IS NOT WOKE CULTURE OR GLOBOHOMO. I was reminded of our current times, all of us literally becoming the "shadow" forced to live in a world that is both toxic and deadly towards us and our old way of life. This fantasy-drama reimagines the palace intrigue of China’s Three Kingdoms, an almost entirely black-and-white world, where the swirl of the two colors reflects the moral and ethical grayness of the people who control it.

Protestant
I watched Greyhound (Tom Hanks), last night. Was a throwback stylistic WW2 Navy movie, but once again watching this is a great wake up call to how soft our Western society has become vs the men from past generations and also the devastation of death counts from the past wars vs how dramatized news and social media make it out when 1 person dies today in battle.
S

The Man from Earth​

Imo the best low budget movie of all time. the entire movie takes place in one room and is completely dialog based.
Share:
Twitter Email Share Link
Top