Historical Analysis of King Herod's Massacre of the Innocents

Protestant
Gold Member
I came across some really interesting arguments making the case that King Herod did in fact murder infants as described in the Gospel. The following is a link to an interview of Paul Maier (former professor at Western Michigan University). 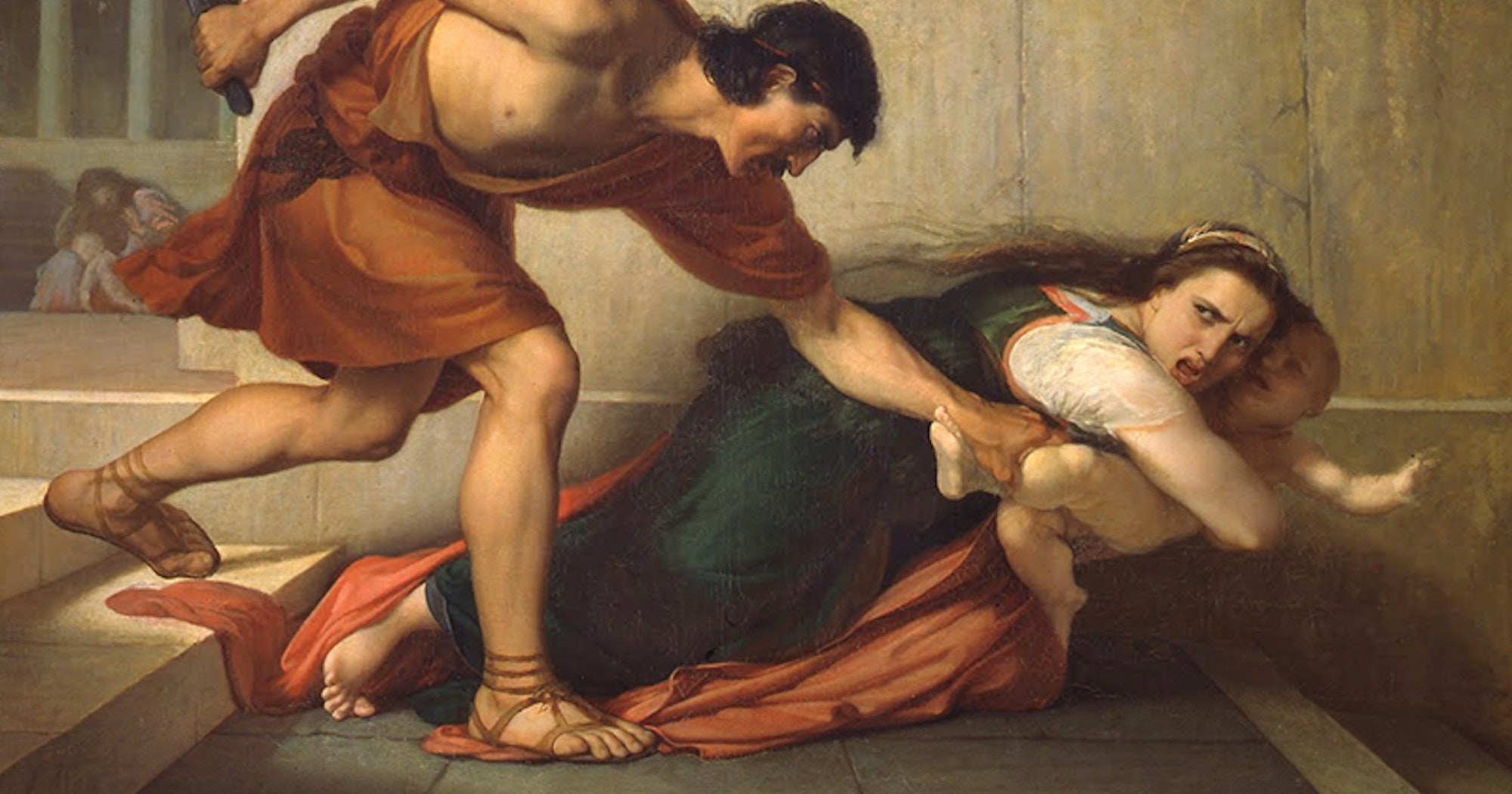 Matthew’s Gospel recounts Herod’s infanticide of baby boys in Bethlehem, but no other historical sources appear to mention this tragedy. Did it really happen?

Background on King Herod
He was an ambitious and paranoid man who wouldn't hesitate to defend his exalted position with great violence. Josephus tells us that King Herod killed three of his own sons on suspicion of treason. He killed Mariamne, one of his 10 wives, along with his mother-in-law. Herod invited the High Priest to Jericho for a swim, and drowned the man. Herod killed some of his uncles and cousins as well. So he certainly wasn't above murdering infants to maintain his position of political power.

Augustus once said, in reference to Herod: "I would rather be Herod's pig than his son."

The Meat of the Article
Here's the best part of the linked article:

"Again, simply because, in little Bethlehem, it doesn’t amount to much — a village of about fifteen hundred residents. In my actuarial study, Bethlehem at the time wouldn’t have had more than about two dozen babies two years old and under — half of them female. And so this is not a big deal, and I think that is why Josephus either never heard about it or didn’t feel it important enough to record. So this does not militate against Matthew’s version by any means.

In fact, I was arguing once years ago on the infant massacre with a professor at Wagner College in New York who claimed that this is all fiction — that surely a massacre of hundreds of Jewish boy babies would have come to the attention of other accounts of history. Well, I agree it would have if there had been hundreds of slaughters. But that is ridiculous. A little village that size to have hundreds of boy babies, two years old and younger? It couldn’t possibly be the case.

Fascinating — and certainly no less a real tragedy. So, finally, as a historian, in your mind, is there any reason to doubt the historicity of the slaughter of the innocents?

I see not one iota of evidence here it could not have happened. And therefore, again, there is no reason to doubt the account as far as I am concerned. To be sure, Luke hasn’t heard about it. Remember, Matthew and Luke don’t copy from one another when it comes to the Nativity. And that is good, because this way they can hit it from different angles. I think it really happened. And let’s remember again that the first martyr of Christianity was not Stephen; it was Jesus."

JoeChill said:
I came across some really interesting arguments making the case that King Herod did in fact murder infants as described in the Gospel.
Click to expand...

Was there any doubt?

Roosh said:
Was there any doubt?
Click to expand...

Not for me, but it's always a good idea to have arguments/proof in case one of our brethren starts to doubt. It's also a good idea to offer proof to the many unbelievers out there who need help believing.

Roosh said:
Was there any doubt?
Click to expand...

It's always nice having historical records be proven accurate when held against the truth that is the gospel.

Orthodox
If you trust historical records, it just takes one lying historian to distort the truth and lead your soul to perdition.

Roosh said:
If you trust historical records, it just takes one lying historian to distort the truth and lead your soul to perdition.
Click to expand...

I was trying (poorly) to be witty with my post. Order of truth is:
1. Gospel
2. Historical records
3. Anything else

IE, it's good to see the historical record proven correct by the gospel. Not the other way around because we already know the gospel is truth. The gospel would expose a lying historian with relative ease.

The Beast1 said:
I was trying (poorly) to be witty with my post. Order of truth is:
1. Gospel
2. Historical records
3. Anything else

IE, it's good to see the historical record proven correct by the gospel. Not the other way around because we already know the gospel is truth. The gospel would expose a lying historian with relative ease.
Click to expand...

Exactly! I only posted this information because I heard this on a Christian radio program, thought that it was interesting, and was encouraged by it. I assumed that others would enjoy this information as well.
T

Catholic
Let's be fair, while someone who expects external historical records to serve as criterion of proof for everything in the Bible after the expulsion from the Garden before they believe would never become Christian, as there'd always be gaps in knowledge and room for doubt, those of us who were raised without a proper religious education will find our way to the truth by different channels, and (while this wasn't personally an example for me) little details like this can be important secondary causes for an inquiring mind on his or her path to true faith. One of the reasons why Islam, by contrast, is so easy to dismiss even for an open-minded agnostic who is beginning their inquiries into different religions is the fact that so much of their holy book is obviously just ripped off stories from the Old and New Testaments with the details jumbled up and the life sucked out of them. I recently read an article that secular archaeologists had come to the conclusion that Sodom and Gommorah were likely destroyed by "a cosmic ball of fire" (a meteor). It's dangerous (and wrong-headed) to stake one's faith on inherently fallible "evidence" of this kind, but when many pieces of evidence start to add up or form a pattern, it can play a role in an unbeliever's conversion, while we Christians can absorb the information with legitimate interest.

Orthodox Inquirer
Gold Member
I do enjoy reading contemporary reports of Jesus by Romans and Jews. Their level of seething brings me great delight. Jewish writings especially. The greatest insult they could do is apathy, but their level of seething, coping, and dilation means they actually care.
L

Orthodox Catechumen
Gold Member
I was raised in a devout Catholic family but only accepted Christ after opening and reading (as in, truly reading) the Bible, where God was revealed to me during a rough patch of my life. There's a part of me that always second guesses my own emotions and psychology, so naturally, I sought to verify what was revealed. Two things reinforced my new faith:

1. Historical records of Christ. Atheist and non-Christian historians all attest that Christ lived, and was crucified.
2. The book "Lord Jesus Christ: Devotion to Jesus in Earliest Christianity" by Larry Hurtado. It's a 1000+ page academic book and very dry to read, but confirms that the very first Christians and those who knew Christ believed in His divinity. There was no pagan influence after the fact; those that knew Christ knew Him as God.

It's easy to say in retrospect, having joined Christ's church, that we should just trust what's in the Bible. But for secular skeptics conditioned by Jewish academia to reject Christian narratives, historical records often start us down the path and strengthen that first bit of faith. God provides us with whatever we need to find Him.
Last edited: December 3, 2021
Share:
Twitter Email Share Link
Top