Inspiration: What is the coolest behind the scenes true story for a movie?

An inspirational tale for every underdog out there! Oh, and remember to nurture your friendships...


What is the coolest behind the scenes fact in a movie? - Quora
R

Too many mention. Here's one apropos to this time of year:

The original Friday the 13th was written as merely a one-and-done, low rent cash grab meant to piggyback on the success of Halloween. Basically, like a mockbuster---even the name was chosen to try to ape Halloween's title, as Friday the 13th is another "spooky" day.

The creator of Friday the 13th, Sean Cunningham, had never actually been to camp as a kid or adult, and merely made the movie to keep the lights on while he worked on a TV series he thought would be a huge success. The consensus was a cheap horror film marketed like Halloween would make back its budget and a little extra and that's all they needed.

So the Friday the 13th creator basically let the special effects guy have free reign, since the creator didn't really care about story or plot (unlike with Halloween, which had a lot of artistic craftsmanship to its story and direction). For Friday the 13th, they shot on location at a real camp to save money, and the special effects guy would sleep in the cabins every night to get the feel of camp right--and to save money on hotels.

Halloween, the movie they were ripping off, had very little gore in it, and was more an ominous stalker tale. But the special effects guy on Friday the 13th aimed to change all that with creative, gorier kills. So he came up with kills like an arrow through the throat, hanging a kid from a door, beheading an old lady with a machete, as well as a disturbing take on what a deformed child Jason looked like.

When released, Friday the 13th was a hit, way bigger than expected, taking everyone by surprise. The gory kills were extremely popular, to the chagrin of studio heads. And the creator's television series flopped, so he basically switched to doing Friday the 13th sequels full time.

-Bing Crosby's kid, Harry Crosby, played one of the camp counselors who was killed.

-Betsy Palmer, who played Jason's mother, was a name actress with a lot of very good roles to her credit. She only took the role because her car had recently broken down, and she wanted $10,000 for a luxury new one (this was 1979 money). They offered her $1000 a day for 10 days of work, and she jumped at it. It became her best known role, and though she hated it at first, gradually enjoyed it.

-The Final Girl, Alice, got really famous quick, and the actress got stalked. The stalking freaked her out so much she quit acting for a while and just did voice over work for decades.
Last edited: October 29, 2020

I've seen several "behind the scenes" films that I enjoyed.
RKO 281 is about the making of Citizen Kane.
Filmworker was a film about Stanley Kubrick's right hand man that I believe he met making Barry Lyndon
20 Feet From Stardom was an interesting film about backup singers
Kubrick's Odyssey is about some hidden things in many Kubrick films
They were all very good. Of course, a true story is hard to beat, especially these days when screenwriters are such crap.

And a very interesting book about a strange case at the end of WW2 where elite German units joined up with allies in raiding a castle where SS troops were holding French royalty is currently being made into a movie. 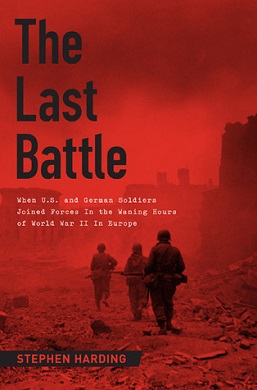 There was a nonfiction book written about how during WWII in the Pacific, that there was a fairly large island with a small American outpost at one end and a small Japanese outpost on the other. There was an unspoken agreement to just ignore each other, as they carried out their respective missions. But like something out of a Sergeant Bilko tv episode, corrupt supply sergeants on either side somehow reach out to each other, and created a little black market! Lol This would make for a good documentary or comedy drama. I wish I could remember the title of it or the author. I remember almost buying the book, because it looked quite amusing as military history goes...
Share:
Twitter Email Share Link
Top