Parabola said:
Apparently the counter-protestors in London were able to hold their ground for most of the day and the BLMers were diverted from routes that took them near the monuments, when everyone was going home however many lone travellers were attacked by mobs of urban youths. I haven't seen any of these incidents in the media but webms can be found on 4chan, some are quite violent and disturbing though.

Doubtlessly the BBC and the newspapers will report on 'far-right thuggery' and there were indisputably some unsavoury incidents on behalf of the counter-protestors, a video of a group of them walking through Hyde Park trashing families having picnics was particarly unpleasant.

All in all it's hard to say who 'won' this round, though I have to say this week I have seen a lot more people on social media in the UK being vocal about their disagreement with the BLMers.

A centrist commentator wrote a thread on twitter saying that he fears the left have overreached here:

Those tweets are worth the read. Spot on apart from the logical likelihood would soon be considered legitimate targets by a whites who‘ve finally realised just how much the cosmopolitan media hates them.

Leonard D Neubache said:
This definitely appears to be some sort of organised globalist push. To what end I'm not sure, but my first guess is that it's to make resistors feel trivial and marginalized.

To look at social media or listen to the news right now you'd think that 99% of the world's population were locked arm in arm seeking "justice for floyd" but it's really just a MASSIVE projection of a highly vocal minority. Some of that minority is highly condensed but I have to wonder how many of these people would even be marching if it weren't an excuse to break CV lockdown laws.

Don't let the globalist psyops demoralize you. Most people in the world don't give a crap one way or the other and of those taking a side I suspect it's far closer to 50/50.
Click to expand...

99% of White college girls support it and have nothing better to do so until they find a new interest it is going to be happening. Also people are still getting unemployment checks so why not go march?
E

Gold Member
Not a riot, but blm in Japan? 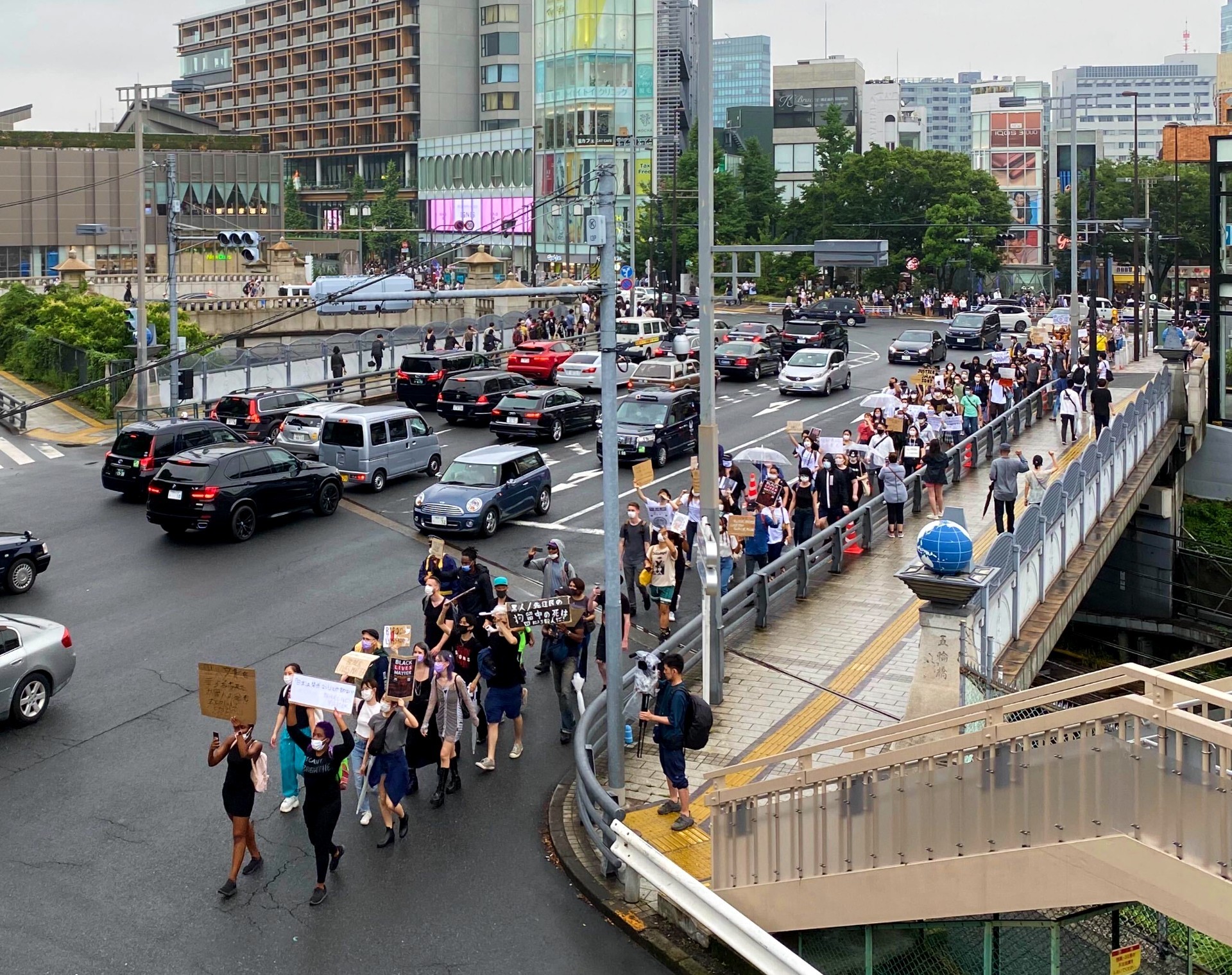 Walking from Shibuya to Harajuku, marchers chanted ‘No Justice, No Peace’ in solidarity with the worldwide protests