Is LinkedIn Any Good?

I’m thinking about dumping time into my LinkedIn profile, but I’m too sure it’s worth it. People say it’s good for lead generation, but I have doubts. Should I bother with LinkedIn or skip it?

Depends on your industry probably. I have a LinkedIn, but I get mostly low-quality headhunters from it. Occassionally some good stuff, and I've used it to hire, as well, to.... medium effect?

I'd say put no more than thirty minutes into it, and check it max once a week, and don't expect much.

But, again, depends on your industry and what you're using it for. I'm just some tech douche, "lead generation" sounds more intense than what I need it for.
A

The reply from kel was spot on. I depends on your industry. I have had an account for a very long time, 13 years, and have seen it change from a focused business networking site to "Facebook Lite." I still use it to look for software engineering jobs and it's a nice record of your previous work experience that recruiters can easily look up.

But also like kel said, plenty of low-qual headhunters that use some special tools to match their reqs with your skills - and do so poorly.
A

It was a useful way to be able to have a list of people who aren't all necessarily friends, but work acquaintances where you share a mutual respect for each other's work. If I could see someone in the hall and stop and say hello and had worked with them in some capacity and respected them, that was a Linkedin contact. This later came in handy if I heard of a job and saw that a friend in my list was direct friends with that someone else in that area at a company. I could contact that person and say hey, xyz job, what can you tell me? You'd think it'd annoy people, but most of them seemed to kind of like the connection process because you're asking them what they think. I'm assuming they know you, as some people when I used Linkedin would be out there trying to link in with hundreds of people they didn't even know. And you have annoying recruiters trying to link with you as well. The hardest part is dealing with people you personally like but whose work you don't really recommend. That can be uncomfortable.

Linkedin is also useful to find out who you know that worked at a certain company you are targeting, or at least who knows someone at that company and then you can get input from them on the culture and such. You could ask if they knew a certain manager, what was he like, etc. I got multiple interviews from it.

In short, it was a useful job search tool if you want to actively network through it. In fact it's a good way for an introvert to network.

Here's the bad side. In addition to it being typical a typical Silicon Valley globohomo operation, I think it's another site collecting your data for who knows what purpose... so count the costs. You know what they say: If you aren't paying for it, the product is you.
Last edited: May 11, 2020
K

If you work corporate, absolutely. If you work as a white collar professional, probably. If you are a small business owner, probably just to have presence.

Being on the receiving end of recruiters you will be subject to mostly garbage cold emails, but I've gotten a job with a solid 20% pay raise from being reached out to, and I've interviewed with a few companies where the conversation started with a recruiter who found me on LinkedIn (that didn't work out for unrelated reasons). Finding high quality, high paying white collar jobs are

1. a relationship game (who do you know?, who will vouch for you?, what are your credentials?)
2. a numbers game (how many places can you get past automated filters and get a foot in the door?)

LinkedIn is just a tool to help you manage both of those. You don't need to use it, but it's just one more way to play the game. I also update it once a year or so and spend 0 time browsing it, I just get emails when someone reaches out.
Last edited: May 12, 2020

I use it with success to get IT contracts. I'm in a pretty specific field and have to weed through a lot of garbage to find anything good. I do plan about 15-20 minutes a workday to add contacts and answer PMs. I also make it a point to keep my work history current.

Its good for some industries. A few friends have found their most recent jobs due to recruiters. If you are in a sales business, could be good for leads. Lots of female real estate agents are starting to use it like Instagtam, posting videos of their homes listed while showing off their physical assets indirectly.

SiverFox said:
I use it with success to get IT contracts. I'm in a pretty specific field and have to weed through a lot of garbage to find anything good. I do plan about 15-20 minutes a workday to add contacts and answer PMs. I also make it a point to keep my work history current.
Click to expand...

I also use it intermittently when looking for IT Contracts. Its best as a way to keep old contacts from prior engagements on hand in case you want to reach out, or in some cases , they move positions to clients you are hoping to work with and you can reach out. It is what it is. I update my projects on there and log in more when searching for work.

Its been quiet lately on there with respect to recruiters and new work, but I am currently on a project.

You want to store all your old coworkers where you got along pretty well on LinkedIn. Over time eventually it will payoff one way or another.

whitewashedblackguy said:
I’m thinking about dumping time into my LinkedIn profile, but I’m too sure it’s worth it. People say it’s good for lead generation, but I have doubts. Should I bother with LinkedIn or skip it?
Click to expand...

Extremely good for anyone who works in/with a setting where you or your profession makes money from serving business clients. I'd expand this past pure "white collar" to saying it's also very good for people in blue collar professions who serve business clients (like if you provide security, maintenance, landscaping, cleaning, etc. services to business customers)

A-) If you have a relevant resume at a prestigious enough location you get hit up by recruiters constantly.

B-) While in grad school I briefly did business development work for a startup finance company headed by a heavy hitter (guy founded a company everyone here would recognize the name of). From him and his team I learned how to and then successfully actioned on how to reach out to and start talking to executive level contacts. If you know exactly what you're doing you can do "lead generation" like you wouldn't believe. I've even gotten interviews by compiling a list of contact info for about 100 professionals at boutique shops and then using a script to email a personalized introduction to every one of them (information like name, company, speciality, etc auto-filled into the letter).

C-) It's massively helpful for job applications. See a new position you like? Thinking of hitting the apply button? WRONG. Your first move should be to go on LinkedIN, search for employees at the company who have a commonality with you. Ideally it's someone you've met before but other connections are great (usually alumni, but Veteran status or being from the same racial identity also help), and shoot them connection request with an attached note saying "I'm X, I come from here, and saw Y. Is any time good for me to ask about working here before I apply?". T

In my industry (Accounting / Finance) it's an essential, both in terms of getting quality leads on jobs from headhunters, recruiters from companies and also keeping in touch with wider professional network.

It's also good if you're aiming for a particular role in the future, you can see the type of credentials people who are presently in that role have and figure out your shortcomings on a professional scale.
S

whitewashedblackguy said:
I’m thinking about dumping time into my LinkedIn profile, but I’m too sure it’s worth it. People say it’s good for lead generation, but I have doubts. Should I bother with LinkedIn or skip it?
Click to expand...

LinkedIn is a good tool for several reasons.
1. Connect with potential employers or clients by connecting with them with a short note. The traditional route of applying for a job or advertising yourself has low returns.
2. Post/share relevant articles on your profile that are informative or helpful and therefore build your brand as a ”go to“ guy in your field.
3. Connect with professionals in your field who can share knowledge on things you know about but also that you could never know unless someone With expertise or experience told you.
4. If your profile is good and shows you off well, headhunters may find you, which isn’t a bad thing.
In the end, but Linkedin connects you to people who would otherwise be inaccessible. If you come correct to it with a distinctive brand and a clear objective, it can help you.

I’m surprised no-one in the so-called manosphere/ red pill movement has discussed LinkedIn as the social media and dating app dynamic which has excluded many men from the dating market is at work on LinkedIn. Entry level men will be mostly affected by this.
M

It worked well for me and I'm in the accounting/project management field. A lot of shitty offers but received a few decents ones.
H

LinkedIn is terrible for getting a decent job, but the best dating site out there. It beats Tinder/Instagram/etc for me.

Easiest social network (oops I meant "professional" network) to meet women. Might be a good place to find a wife or wifey material.

Since 2018, I primarily used LinkedIn to meet women with a high success rate. Professional/networking purposes are secondary.

I won't divulge details on how I meet women off LinkedIn for obvious reasons. I also use it to "keep in touch" with women I meet in real life.
Last edited: May 28, 2020

Gold Member
The feeds have become even worse virtue-signalling cringe than Facebook, however it does have its uses.

Caveat: the below story was from 2019 and I'm an experienced mid-career professional.

So I was looking for a new job shortly after returning from a much-needed vacation, so flipped my LinkedIn onto actively looking mode a few months beforehand. I kept on getting bugged by headhunters, whom I kept getting "yes" on and telling them respectfully but firmly what I was and was not looking for, both in terms of job and compensation.

Fast forward to post vacation, had a bunch of interviews, received multiple good offers, and never even proactively hit anyone up aside for company intel on interviews that came to me.

Hindu Man said:
LinkedIn is terrible for getting a decent job, but the best dating site out there. It beats Tinder/Instagram/etc for me.
Click to expand... 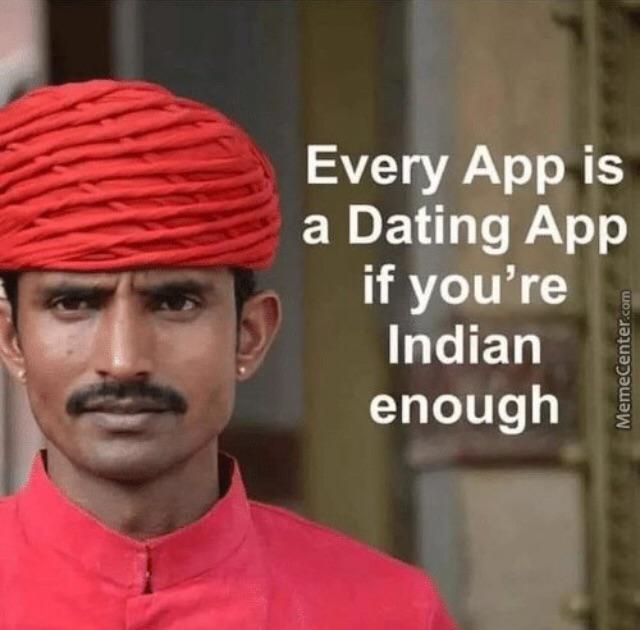 Stealth said:
The feeds have become even worse virtue-signalling cringe than Facebook, however it does have its uses.
Click to expand...

My feed is starting to become a funnel for people promoting their podcast/youtube/website/course.

Gold Member
I'd still rate that ever so slightly higher than re-posting somebody else's superficial PC "article" and throwing another sentence of two of NPC platitudes on it.
H

My feed is starting to become a funnel for people promoting their podcast/youtube/website/course.
Click to expand...