Magnus Stout said:
Jay has a great sense of humor. Comedy is best when punching "up" (in this case, to the dominant secular ideologies--not so much at other "heretical" Christians). Some weaknesses: Gamma-ish ("lol" at everything); tendency to get into internet cat fights; can come across as legalistic (Pharisee-like); avoidant of the J-Question; and his connection to Intelligence asset (and tranny-loving) Alex Jones.

I see his true calling would be having a production company focused on sketch comedy, memes and comics. He has a deep grasp of philosophy and theology and the ability to explain difficult concepts in a simple and often funny manner. Academia is a sewer, so he will never be recognized in that arena (and should pay them no fealty).

A good secondary business for him would be as a publisher. For example: writing/compiling a series of religious commentaries would be welcome. On at least one his casts he was using a book that was out of print for several years (he should license and compile such work into his own volumes). He could also make great textbooks for home schooling, such as on metaphysics.

He's married, so perhaps his priorities will change after he has a little Jay/Jane. As I get older/wiser I find it best to never put others on pedestals. We're all flawed humans. It's always easier to tear things down than build things up. A better Christian attitude is to focus on helping others in their journey towards theosis.
Click to expand...

Regarding the highlighted in bold, I agree.

I read your post with great interest. I'm someone that's been involved with and interested in, both God and comedy/humour - especially sketch/improv - ever since I was young, and this is probably what interested in me Jay's channel initially.
It would be my dream job to write sketch, or to be paid in comedy (lol)..... I think Babylon Bee do it well, and of course others, in terms of satire.


For some reason, comedy entails vulnerability to really relate, or provide truth. The audience knows in a second if you are being sincere or not. This can of course be dangerous ground, which is why I think it can take less "courage" to share "correct" biblical arguments. You have something to fall back on. Let's say Jay, in this example, can stand on the shoulders of a great church history, theological and philosophical arguments. This might be a reason Jay moves towards less comedy, or maybe not, only he can answer.

You can only do that - build on others foundations - so much with comedy, because it's always new, evolving and much more grey. It is however massively important, and something i'm deeply interested in, especially when it comes to proclaiming and revealing Truth.

Yes, that is one reason why memes on the right resonate and clunky leftism does not. If you can't honestly laugh at the world and the human condition, then the joke is on you. Humor exposes both the secular and religious Pharisees among us. God created humor and laughter--an underappreciated and powerful weapon for good.

Just think about the 2020 totalitarian coup: the opportunities to mock and expose the secular Pharisees (the Covidians today) is greater than any time since WWII:

Integrating comedy with faith should be similar as in any other art: your best art should flow from your deepest and truest self--your soul. Put differently, "Christian" comedy is not following a bunch of speech codes, but just the process of charismatically telling the truth with love (few are born with that gift). Sadly, this is perhaps more of a struggle today than at any time since the birth of Christ, since honest and truthful creative people face persecution from both the secular world (which increasingly hates any expression of Truth and Beauty) and the fake and saccharine Churchianity which controls most Christian communities.

There is also something deeply masculine about the creative impulse. It's worth reading/watching One Flew Over the Cuckoo's Nest to understand and appreciate a masculine perspective. We're awash in effeminacy right now. We're being held hostage by a series of Nurse Ratcheds: 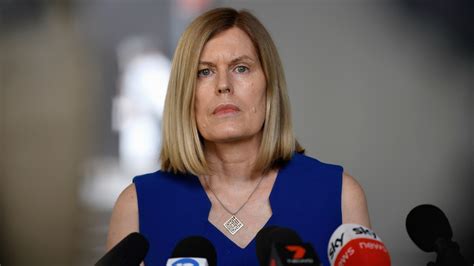 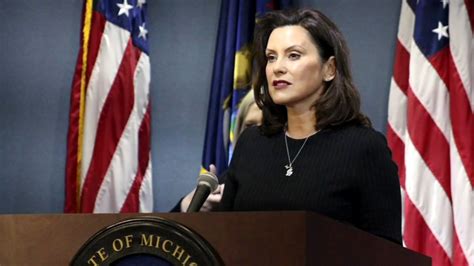 I think the following clip (in which the character of Nicholson is denied a fair vote to watch the World Series by psychopathic Nurse Ratched) is a good illustration of how art (as when Nicholson invents a baseball game on TV) permits us to pierce the totalitarian veil, bring joy and expose the Pharisees among us:

Appreciate that reply @Magnus Stout . Also a much needed reminder I need to see One Flew Over the Cuckoo's Nest.

Watching Jay's latest Protestant v Orthodox debate and i'm only an hour in, but found myself completely agreeing with Jay's points regarding Sola Scriptura. Protestant argument in the video seems very circular, and I come from a protestant/evangelical background. For some time now I find myself more and more pulled towards Orthodox. I need to be more intentional to pray and read about this.

Kiwi said:
Appreciate that reply @Magnus Stout . Also a much needed reminder I need to see One Flew Over the Cuckoo's Nest.

Watching Jay's latest Protestant v Orthodox debate and i'm only an hour in, but found myself completely agreeing with Jay's points regarding Sola Scriptura. Protestant argument in the video seems very circular, and I come from a protestant/evangelical background. For some time now I find myself more and more pulled towards Orthodox. I need to be more intentional to pray and read about this.
Click to expand...

Pedro, his opponent, is a good guy who means well. I think, hope, and pray that he's honest enough in his search for Truth to do the same thing you're doing: taking Jay's points seriously and letting Christ guide him, rather than limiting his knowledge and praxis by what he's invested a lot of time and energy into. I was a Protestant before I was Orthodox and I know it's not easy to get through all the stuff that comes up, but I pray God will give you strength and zeal in your search for His Truth!

Kiwi said:
Appreciate that reply @Magnus Stout . Also a much needed reminder I need to see One Flew Over the Cuckoo's Nest.

Watching Jay's latest Protestant v Orthodox debate and i'm only an hour in, but found myself completely agreeing with Jay's points regarding Sola Scriptura. Protestant argument in the video seems very circular, and I come from a protestant/evangelical background. For some time now I find myself more and more pulled towards Orthodox. I need to be more intentional to pray and read about this.
Click to expand...

The only bit I would add is that while dogma and debate is important, I can't help but think about the thief on the cross: while the disciples were abandoning the Lord, this man answered the call, and his sins were forgiven, including his blasphemy against the Son of God (Luke 5:31-32, 12:8–10). The thief did not need to answer any complicated theological questions. The essence of Christianity is simple in theory, but hard in practice.

So long as you continue to follow those commandments, I think you will discover that certain institutional expressions of this Truth are more accurate than others (ex: Orthodoxy). But, as James reminds us: ours is a faith of doing, of "bearing fruit." Never lose sight of that. Only God can see and judge the heart.

We're living through a very unique and dark period of history. On the positive: we have the benefits of mass literacy and numeracy. Make use these resources while you can. Read, pray and let the Holy Ghost lead you. Some will be able to join such institutions, while others will not. In any case, the contours of the future Church will not be shaped by the institutions which join the Beast's System. It is poetic that the Church Age will probably end as it began--underground and persecuted.
Last edited: October 11, 2021
G

I found Jay Dyer some years ago I think on an interview at Interesting Times with Tim Kelly. He made very good points and started listening to his YT talks when YT was not heavily censoring everyone who dared say the words vax and bad in the same sentence, circa 2015 maybe.
I am a Catholic and find his attacks on the church as a little immature and biased, I've not heard any Orthodox manifest such vitriol against Catholicism and I do listen to/read a few of them. I wonder why, is it for shock effect?

He says he converted to Catholicism for a while on top of a couple of protestant denominations, so that can be perceived as being quite unsure and erratic in his understanding of his own faith. So who is to say he won't convert from Orthodoxy to some other denomination or even non Christian faith. I'd bet those 10 minutes he was a Catholic he must have felt very sure about his decision to convert to it.

I may listen to some interviews he's on, except when he's with his comedic buddies like that guy called Sam Tripoli I think who I can't stand for half a second.
In a way I think he's a frustrated Hollywood comedian or TV start, he does crave the attention. Just like Owen Benjamin but way less risky. Jay plays it safe, very safe, that's why I'm not sure, he may be genuine but he certainly is fickle.

Overall I think he is a net positive. His attitude could use some correction, as could all of ours.
D

Orthodox
Gold Member
Who's this guy and why should I care what he thinks about Dyer?

Orthodox
I was briefly on the Killstream with Adam and Ethan a few weeks ago talking about Orthodoxy, and Adam's knowledge on the topic is very limited. It was a cordial discussion but he really hasn't explored the difference between Protestants, Catholics, and Orthodox enough to grasp the nuances so he just throws it all under the same umbrella. I don't think it would be a hard debate for Jay to win.

Orthodox Inquirer
Jay said he will try to get Kabane to debate him.

Really Jay Dyer should debate Br. Peter Dimond and get it over with. Those two need to hash it out. To me they are a good match, both will lean on theological arguments, they both can pull quotes from Saints and Scripture at will, plus they have some old bad blood for a little drama and to get the mind focussed.

I know Ortho Bros would say Br. Dimond is a "Bad actor" but so was Killary! Debating a schismatic or a heretic or a muslim is really all the same theologically, so I don't see a way out there.

Anyway, for or against, I'm guessing everyone on here would make sure to tune in for that one. I have no idea who "Kabane" is for instance, but maybe I'm out of the loop.

Caramasão said:
Jay said he will try to get Kabane to debate him.
Click to expand...

I think my post is a bit ambiguous, what I meant is that Jay will get Kabane to debate Adam Green. Kabane, aka Seraphim Hamilton, is a Biblical scholar and Orthodox Christian.
Share:
Twitter Email Share Link
Top