Does anyone have an update on the cases against Hunter? Have not heard anything since January

Why even ask? You know already what the outcome is.

Easy_C said:
Why even ask? You know already what the outcome is.
Click to expand...

If Joe gets 25th Amendmented and does not pardon him. I can see the charges going through. Kamala would have no reason to protect him and even gain an ally in the Delaware and NY Attorney Generals.

Orthodox
Gold Member
@PNN: An exact quote, by the way. 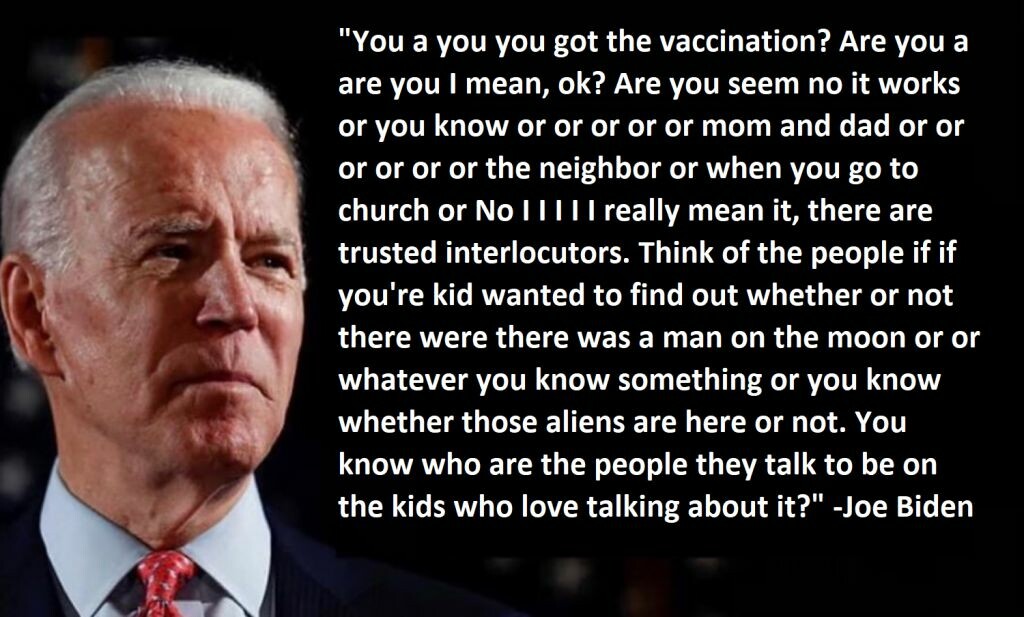 budoslavic said:
@PNN: An exact quote, by the way.

Its not that Biden doesn't arrive to his destination, its that he takes the most obscenely incongruous, unnecessary, complicated, backwards, "shortcut" scenic route possible to get there...late...days late...and not knowing why the grille fell off the car on the way there.

Very little love for the Skeletor-in-chief on this thread. But, there might be hope. Biden has found Infowars:

Joe Biden could probably still play Bingo in the ol' folks home. I'm not sure if he is up for handling the Oval Office (both memes via @leeleemunster): 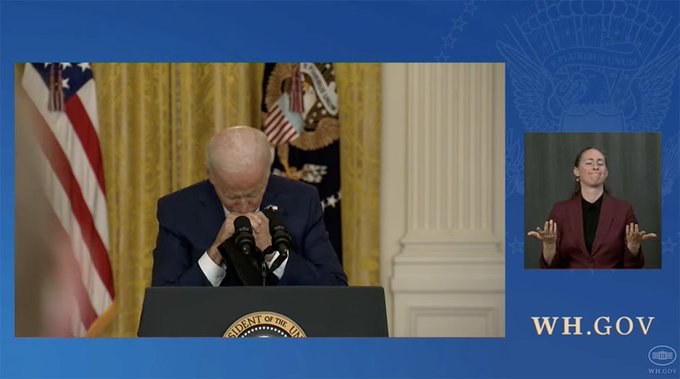 Elder abuse. He doesn’t want this responsibility. Can’t handle it and doesn’t want It. He seems like he’d rather be sitting in a barcalounger , eating pudding from his TV tray, and watching Matlock reruns.
G

This is Biden's payback for 40+ years of political prostitution. The elderly stripper is being forced to get back on the pole. I don't feel bad for him at all.

Gimlet said:
This is Biden's payback for 40+ years of political prostitution. The elderly stripper is being forced to get back on the pole. I don't feel bad for him at all.
Click to expand...

He made his bed for sure. Strange that being POTUS could be a curse.

Biden had a prepared list of reporters to call on, he appeared to go off-script when he called on Doocy, whom he called 'the most interesting guy that I know in the press.'
Click to expand...

How the MSM are covering Biden's head-down moment:

Newsweek have cut the segment from their video and also "Donald Trump Jr. Faces Backlash After Saying Joe Biden Showed 'Weakness' at Briefing"

BezosPost - Biden Escalates His Efforts to Pop The Fox News Bubble (pay wall, moment not included in their video summary, though another article has the moment as its banner image, not referenced in the article)

MSNBC - used the image, but made no reference to the moment

Forbes cover the exchange, but do not mention the head in hands moment

The rest from the Daily Mail:

The New York Times avoided using the image of Biden hanging his head. The newspaper noted in the news section that Biden's defense of the Afghanistan withdrawal was 'unlikely to satisfy his critics, including some members of his own party, who disagreed with the way Mr. Biden brought an end to the war.'

The Associated Press caption on a photo of Biden hanging his head described it thus: 'President Joe Biden pauses as he listens to a question about the bombings at the Kabul airport that killed at least 12 U.S. service members.'

RT rubbing it in -

Plus, President Biden reveals during a press conference he is only answering questions from reporters he was told to call on.

Riots are fast becoming the norm on the streets of Portland and the national media doesn't care.

President Biden gives a warning to those responsible for the terror attacks killing and wounding U.S. troops at Kabul airport. Do we believe him?

Reporting on the exploits of Hunter Biden is off limits to the mainstream media, but soon there will be a movie all about "My Son Hunter '', directed by actor Robert Davi.
Click to expand...

Sleepy Joe is probably wishing he did not steal win the US presidency, at this point. At the 8:00:00 mark, Biden takes a nap during a press conference, with Israeli Pres. Bennett:

As Bennett spoke about US-Israeli relations, Biden appeared to close his eyes and lower his head around the end of his speech.

Psaki is ready to cover (via @graymatter):