Gold Member
I’ve never seen anything like this in my life. The Dems are trying to install a guy with dementia into the White House.

Would a candidate who was '15+ points ahead'... need to be THIS careful (not to mention late) selecting a VP candidate?
Click to expand...

Dusty said:
I’ve never seen anything like this in my life. The Dems are trying to install a guy with dementia into the White House.
...
Click to expand...

Biden's health continues to deteriorate; he is in no shape to debate Trump. Below is supposedly the 2020 Presidential Debates schedule.

Gold Member
If true, we should not be surprised by this VP pick of Botox.

Trump will not debate Biden. No chance what so ever. My money will be Kamala Harris hijacking the primary and running in Biden's stead. She will lose and Trump will be selected by the elites for another four years. There will be widespread violence and economic collapse under Trump. ((())) are far more effective working in the shadows when it comes to the looming communist revolution.

More than 100 law enforcement agencies have reportedly pulled out of security agreements to send personnel to help with security at the Democratic National Convention next month in part because they are concerned about recent efforts to limit law enforcement’s use of tear gas and pepper spray in responding to violent riots.

Milwaukee Police Chief Alfonso Morales was ordered last month to change the department’s policies to ban the use of tear gas and pepper spray.

“Since the Milwaukee order was issued, more than 100 law enforcement agencies in Wisconsin and across the country decided against coming to Milwaukee, Morales told WTMJ-TV on Tuesday,” the Associated Press reported. “They were concerned with directives placed on the police department, including not allowing tear gas or pepper spray, he said.”

In Wisconsin, Franklin Police Chief Rick Oliva said, “It is apparent there is a lack of commitment to provide the Milwaukee Police Department with the resources it needs to ensure the safety of peaceful protesters, attendees, citizens and police personnel. I can not send personnel if they are not properly equipped or will not be allowed to engage in appropriate actions which would ensure their safety.”

Waukesha Police Chief Daniel Thompson responded by indicating that his department would not be sending officers to event, saying, “I understand that use of chemical irritants and pepper spray is serious and those are to be used only when legally justified. But when you take that out of the continuum that doesn’t leave the officers much other than getting harmed or using deadly force and that’s not good for any officer or the public.”
Click to expand...

I can't recall how it went down in times past. Looking at that schedule above; were the debates always that close to election?

Bolly said:
I can't recall how it went down in times past. Looking at that schedule above; were the debates always that close to election?
Click to expand...

Yes, the debates have always been scheduled that close to the election for the past several election cycles.

budoslavic said:
This topic was mentioned before. It's important to keep an eye on. 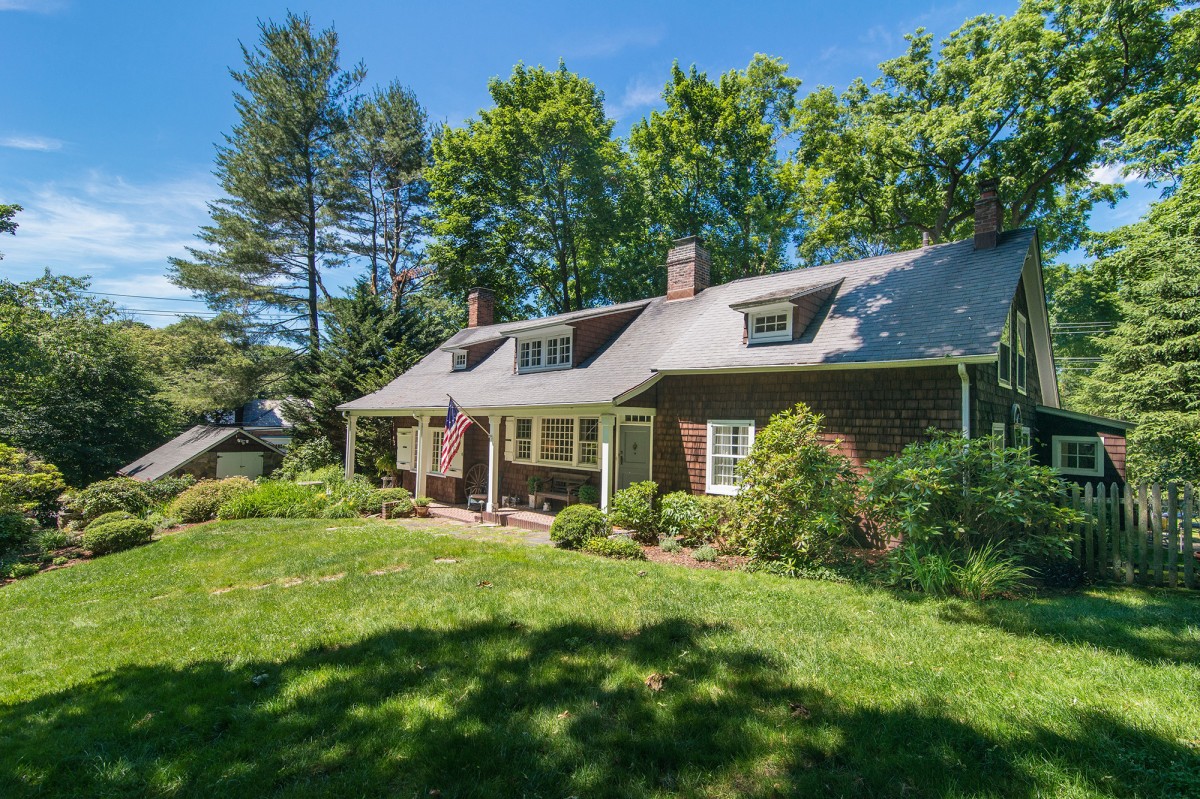 If you live in the suburbs or you’re a city dweller eyeing a move to a quiet cul-de-sac where your kids can play outside, you need to know about Joe Biden’s plan for a federal takeover of local zon…

It's not a Biden plan. This is part of Agenda 21 and has been on the back burner for almost 3 decades. Biden or no Biden, this is what they have in store for us soon. A good bit of it has already been implemented, with the "let's import Somalis into Nordic Minneapolis and Ethiopians into Maine and Idaho and Oklahoma". In fact, you could say the whole George Floyd incident was a product of Agenda 21, though I'm not sure Floyd's specific history, but people like him were not living in Minnesota in any significant numbers until the federal government placed them there.

Zoning laws which keep high density ghettos restricted to certain areas are considered racist, and they will be changed. I think the NYT even did an article calling detached residential zoning "racist".

Reconstruction ended in 1877 when U.S. troops stopped protecting freedmen in the South based on a deal made between southern Democrats and Republicans.Residential integration declined after 1880 an…

I've known about Agenda 21 from Alex Jones since the 90s, I just didn't think it was real, but like so much of the stuff he warned about, it is all starting to coalesce.

Bolly said:
I can't recall how it went down in times past. Looking at that schedule above; were the debates always that close to election?
Click to expand...

It only seems "close to the election cycle" because we have been acclimated to hear nothing but politics, politics, politics, day in and day out. Of course there is almost never any substance to any of it. I can't tell you anything about Trump's ideas other than he has some vague ideas about restricting immigration, and Biden, I just read he wants to give minorities $15,000 each to buy a house, and he is in favor of some pseudo-Obamacare scheme that continues to enrich private insurance companies while possibly slightly reforming our health system.

In a normal society, one could listen to two guys debate a couple of months or even a couple of weeks before voting, and make up their mind based on the ideas they heard. If you watched Trump and Clinton, you know there was very little discussion of ideas, and a lot of entertainment and ideology and emotion.

Televised presidential election debates were historically run by the League of Women Voters, and as much as I don't care for women voting, they did a pretty incredible job. While current media does everything they can to kick out even Democrats and Republicans they don't like from the debates (Tulsi Gabbard, Andrew Yang, etc.) the League would insist on having third party and independent voices. They also were professional, staying away from personal or sexual questions (Trump was actually asked about grabbing women by the kitty in one debate) and would ask follow up questions often, to ensure they got at the truth and a real answer, and not just a bunch of rambling nonsense or pre-planned responses.

In fact, they may have caused Ronald Reagan to win the election in 1980, as they insisted on allowing an independent candidate, John Anderson, to debate with Reagan and Carter, and Carter refused to appear, so the debate went on without him. Reagan performed well, and many credit his good performance with his victory (remember, Reagan won many Democratic voters over).

As a matter of comparison, the 1980 debate was held September 21, about 5 weeks before the election. Five weeks is plenty of time to hear someone's ideas, even research them a bit if you want, and come to a decision on who to support, if you ask me.

The Dems and Reps colluded after that election and basically overthrew the League's legacy of hosting debates and started their own private group that now hosts the debates, picks the questions, picks who sits in the audience, and chooses the hosts. Yep, that's right, even when you see Megan Kelly supposedly grilling Trump, it's all staged. The League exposed this plan, but the media just acted like the new private group was totally legit so everyone accepted it.

budoslavic said:
Biden's health continues to deteriorate; he is in no shape to debate Trump. Below is supposedly the 2020 Presidential Debates schedule.

None of these debates will happen. The DNC will want a virtual debate and feed Biden his talking points, if anything happens at all.

You all are still assuming Biden is going to be the actual candidate in November.

He is in really bad shape and can't hold it together until November; even with only doing softball interviews and basically hiding from the general public already. The left-wing media are already field testing the concept of having no debates despite Biden already having agreed to three.

The democrats were hoping to use him as a placeholder to be replaced by the VP within the first year but I don't think Biden can make it until then. Kamala Harris is likely going to be his VP pick and that should terrify everyone. Whether she replaces Biden or she remains in the VP slot while someone else fills the President slot this campaign, having Harris that potentially close to real power should send shivers down everyone's spines. She is a horrible human being.

How do we know we are likely going to see VP-Candidate Harris?

Kamala Harris just had some significant face work done at or before July 21. I won't show the pictures but she looked really rough at the time but facelift swelling significantly subsides after 2-3 weeks. Two or three weeks after July 21 puts us in the ballpark of the first week of August where Biden said he would announce his VP pick.

Then there is this: 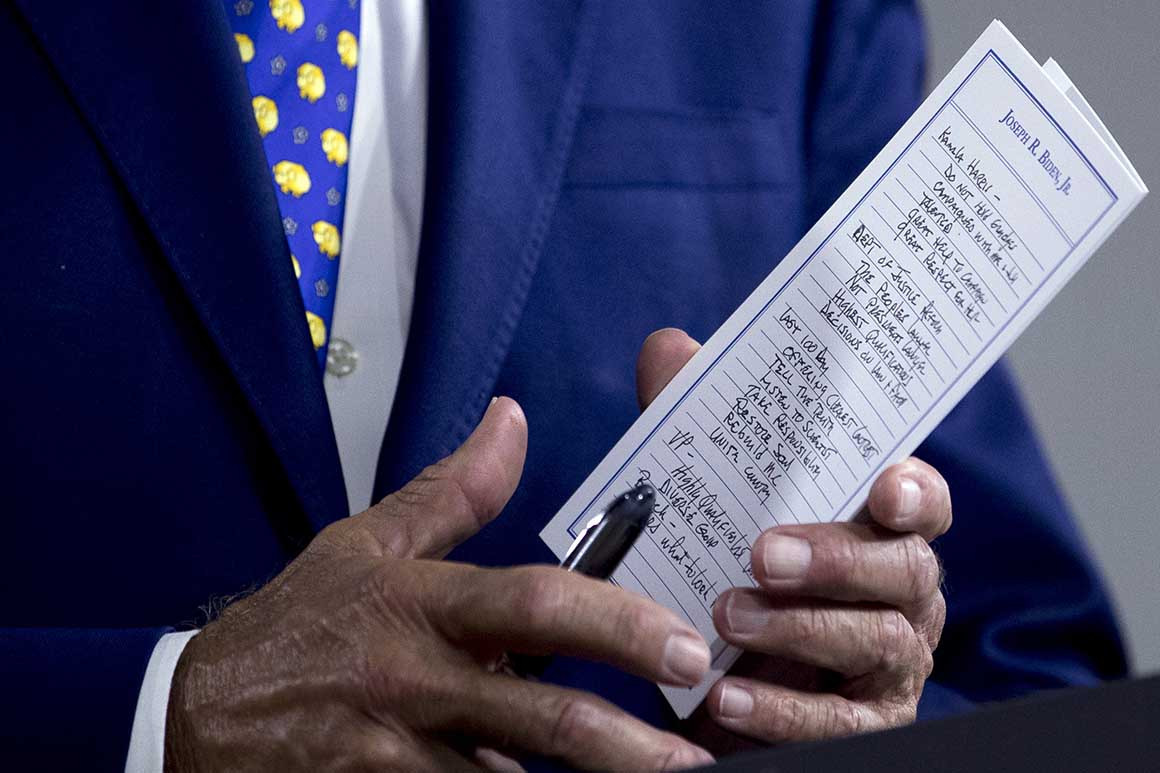 If you can't read Biden's notes, the top line says: "Kamala Harris - DO NOT hold grudges."

Gold Member
Wow...I don't see this funny at all because I know what it's like to see an elderly person with deteriorating health conditions especially one with dementia.

Gold Member
I just realized how Biden is going to avoid debates, win, and install his Trojan horse VP in the White House.

Hunter Biden is going to "commit suicide" sometime during September. The grief-stricken Biden will excuse himself from the debates, and spend his time blasting Trump from afar with "you caused a witch hunt against my son in an attempt to cover your crimes in Ukraine and Russia, leading to him taking his life, how could you". This will get him massive sympathy, put Trump on the defensive, and provide him with an impenetrable excuse for not attending any event that could endanger his popularity.

Remember, if he just said he was in bad health or with coronavirus or whatever else, Biden would seem like a weakling who can't be the President and would lose the election. But losing a loved one? No one's going to question that. It's the mother of all excuses.

Then, after Biden wins, he will say that the grief is simply too much and resign, leaving the Presidency to Kamala (or whatever other globalist minion he picked for VP).

Obviously, this sounds like a bad thriller plot, but given the extreme length that the globohomo deep state is willing to go to, it's within the realm of possibility.

Gold Member
^ regarding the debates..

Deepfakes are getting creepy real by the day.

I could see the first debate (with a sort of deepfake/greenscreen hybrid of Biden) via online due to the 'rona (Zoom, Tiktok, whatever platform), then the Hunter thing.

"Biden" has to make a coherent "appearance" to keep the base energized. They need that "reality" moment to insure they turn out in November.

"See, Uncle Joe is fine, and he would have creamed the Orange Man in the other two debates if it wasn't for Hunter dying from (insert deep state accident)".

Handsome Creepy Eel said:
Hunter Biden is going to "commit suicide" sometime during September. The grief-stricken Biden will excuse himself from the debates, and
Click to expand...

Hunter Biden recently married a certain Ms. Cohen, over 20 years his junior, whom he knew for six days, after being hastily introduced by 'friends'.

He got a tattoo saying "shalom". 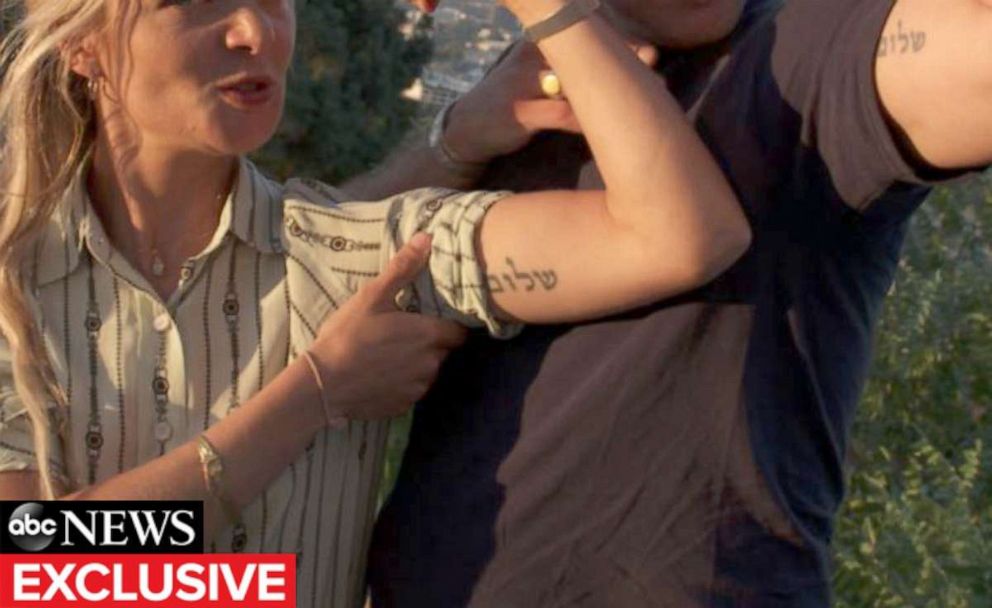 Tucker did talk about Susan Rice later in the show, but not in that segment.
You must log in or register to reply here.
Share:
Twitter Email Link
Top