Hypno said:
I don't know if the repair story is true or not but Fox News ran the story after they corroborated several of the emails by contacting the other parties to the emails. So the Dems are going to have a hard time saying these are Russian plants when Americans are confirming the emails are valid.
Click to expand...

The emails are real, but I think they came from the Chinese disident, who reporting having them in September. The Mac shop guy hasn't got his story straight. And why is a Chinese dissident billionaire at the forefront of a story of Hunter dropping off his laptop and not picking it up. There is nothing they add unless they are the source. Plus Guiliani keeps saying the Chinese have this and more. And if that info is real, I doubt Hunter would keep CCP blackmail videos saved on his computer.

asdf said:
Where is the evidence, documents, pics, emails, etc..? Either its hogwash or its so scandalous that it threatens the entire system and therefore wont be revealed to the goyim. So in both scenarios it makes no difference. People are already voting by mail or preparing to vote early, what a scam this "big scandal" is...
Click to expand...

The goyim can never know. That is an iron law. Raping a 12 year old Chinese girl can be brushed aside. There is an entire island of rich people having sex with minors, with plane flight logs.

Gun to your head, will anything happen here? Has anything ever happened to important people in your lifetime?

The last time I can think of was Nixon and he was pardoned. That was for stealing some documents from the DNC. In the last 4 years the DNC has committed about 100 crimes similar to that and the RNC has proof. Nothing has happened. Barr drank some water and gave someone a stare.

Gold Member
The Chinese use girls and women (boys and men, too) to trap westerners ALL THE TIME. Its the easiest one for them to do, as many western men rarely say no to a dolled up Chinese model knocking on your hotel room door exactly 1 minute after you return from your ultra fancy dinner.

But the CCP also knows some of your darkest fetish. Even some of your most vile secrets. And they will also not hesitate to set you up and then blackmail you. Does the CCP care about some western business men raping and murdering a 10 year old girl? No. They have camps full of them. But they will certainly make sure you feel like they care, so much in fact that you are willing to do their bidding.

No meth head make sound decisions. So Biden was the perfect mark; Let your son 'suicide' or let your legacy be destroyed. Or, you do as we say.
I

Gold Member
Has one of these 4chan "My dad works for Nintendo and..." posts claiming to have inside info ever turned out to be true?

I'm as hopeful as the rest of you but I've been in these threads for years and I don't remember ever reading one of these and then seeing the prediction come true over the next week or month.

Hypno said:
Is he trying to dance or is making fun of autists and retards again?
Click to expand...

For a very tall 70+ year-old white guy Trump has some moves, he is moving on the beat and has some swagger. He is attempting to be playful but you can tell he knows how to actually move around. If Trump did not smoke or drink you can take a guess he was a big dancer when he was younger in his club days.

Gold Member
We discussed and/or predicted the possibility of Biden being replaced in various threads/posts before Election Day. Ironically, there's been a lot of chatter about that now. Take with a grain of salt.

Gold Member
These 4chan doomsday dumps are really the product of a sick mind and don't have any substance to them. As someone said above, not a single one has ever come true so far, yet people keep posting these deranged rants as if they were gospel.

Handsome Creepy Eel said:
These 4chan doomsday dumps are really the product of a sick mind and don't have any substance to them. As someone said above, not a single one has ever come true so far, yet people keep posting these deranged rants as if they were gospel.
Click to expand...

Gold Member
Question: Why did the FBI & SDNY raided Steve Bannon and the We Build The Wall folks last August?
Answer: Because they were ordered to seize copies of Hunter Biden's hard drive from Bannon. The We Build the Wall charges were bogus. 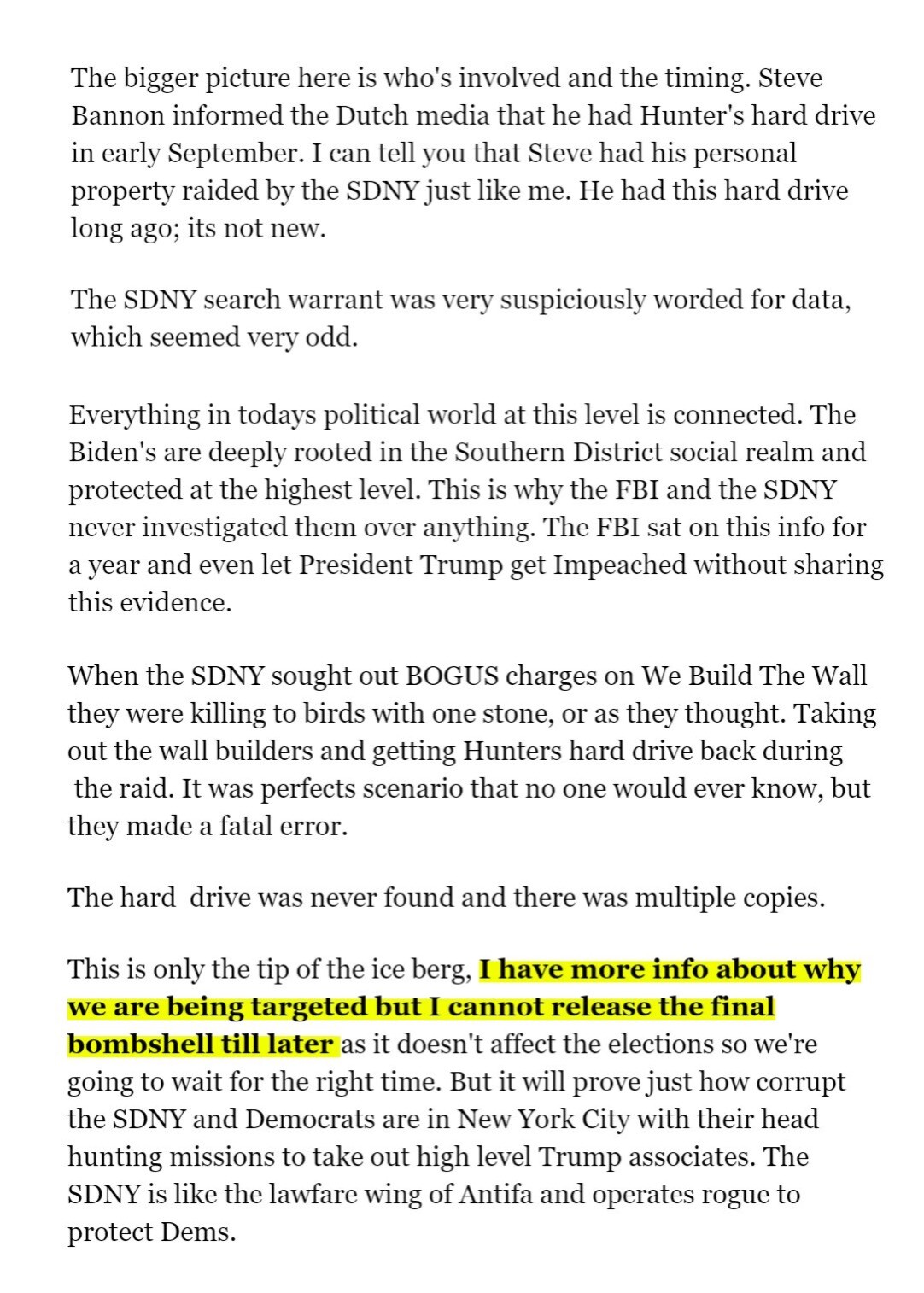 Anyone got that Caddy Shack gif of the "well, we're waiting..."?

So not only is Trump actively & frequently calling the Biden's criminals.
The silence from the Biden camp is deafening.

All the while, the best the Fake News crowd can conjure up, is the tired & trite "Muh Wussia" response...
Last edited: October 19, 2020 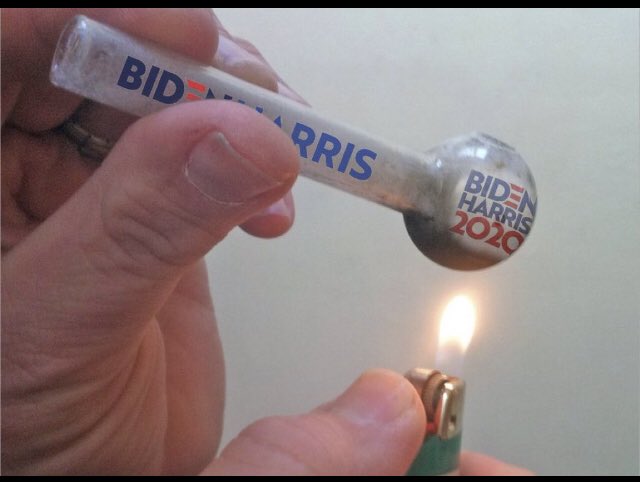 A gloomy rain had left the joint deserted, yet the man across the table from me spoke in hushed tones and looked over his shoulder in between remarks for fear of retaliation. Yet he felt he had to speak out, because staffers are “intentionally trying to swing people further to the left,” as he had put it in an e-mail requesting the meeting.

I already knew that, of course. It was a Facebook communications manager, Andy Stone, who on Thursday announced the firm was reducing circulation of The Post’s still-undisputed reporting on the Hunter Files — an employee who happened to work for Democratic lawmakers before joining the tech giant. What the Facebook insider wanted to impress upon me, however, was how Facebook’s partisan tilt is common knowledge inside the firm.

He had the secret chats to prove it.

Facebook employees who wish to speak freely take to Blind, an anonymous social network for the tech industry, where workers at major firms like Uber, Google, Twitter and the like trade gossip and occasionally blow the whistle on malfeasance.
Click to expand... 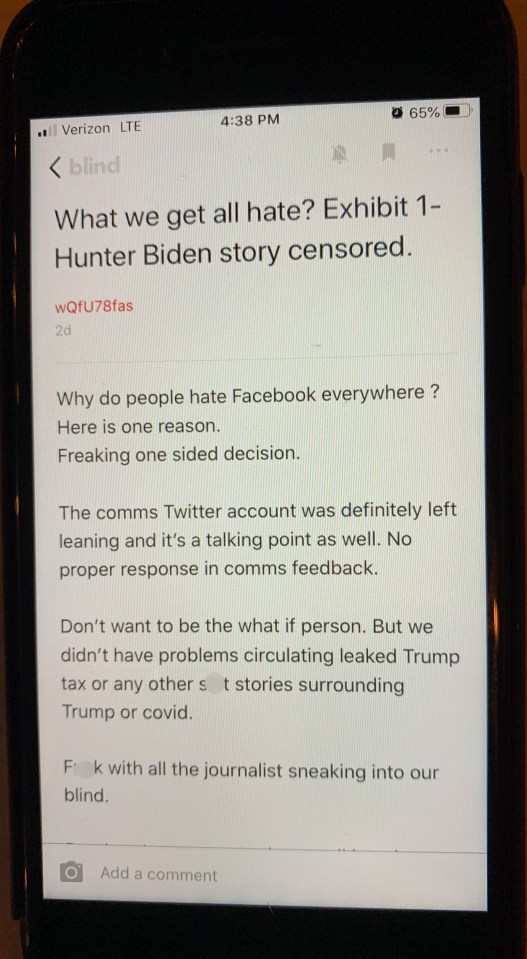 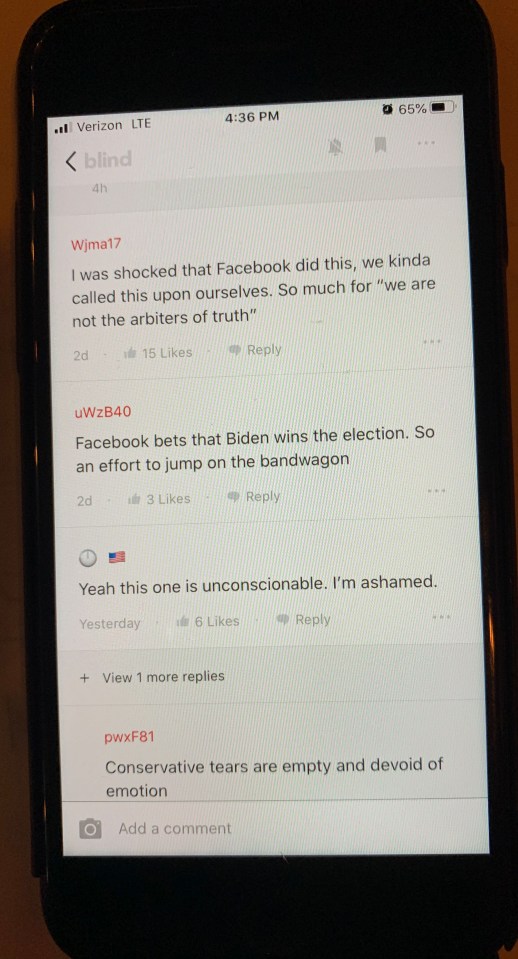 Gold Member
To quote Ben Shapiro "It's 2020 and the Democrats are out of their effing minds" that's why he is voting for Trump.

She dared to pay a struggling restaurant to host her birthday.
It just makes you sick to the core that monsters like her exist.

Joe Biden's son emailed shop owner about hard drive to 'get it back': Former Trump chief

Steve Bannon, former chief strategist to President Donald Trump, has revealed Joe Biden's son emailed a shop owner who had his hard drive in an effort to get it back.

The revelations come as the New York Post this week released an expose detailing links between Joe Biden and his son who was paid at least $50,000 a month to sit on the board of a Ukrainian energy company who allegedly set up a meeting with the then-Vice President.

Information regarding Hunter Biden’s relationship with the Ukranian energy company was sourced from a collection of emails recovered from a laptop that was allegedly dropped off at a repair shop in 2019 and later given to the FBI.

It was a water-damaged MacBook Pro and the person who dropped it off never paid for the service and didn't retrieve it or a hard drive on which its contents were stored - according to the shop owner who said he repeatedly tried to contact the customer.

Sky News host Sharri Markson said the owner of the repair shop in Biden's home state of Delaware says when he did not hear back from the FBI, he made a copy of the hard drive and gave it to Donald Trump's lawyer, Rudy Giuliani.


Emails on the laptop revealed that Hunter Biden had planned to introduce his father – the then-Vice President – to an executive at Ukrainian energy company Burisma, a company where Hunter served on the board of directors.

Publicly, Biden has said he's never spoken to his son about his overseas business dealings. These emails seem to indicate otherwise.

In one message sent by Vadym Pozharsky in April 2015, he wrote: "Dear Hunter, thank you for inviting me to DC and giving an opportunity to meet your father and spent (sic) some time together. It's realty (sic) an honour and pleasure."

In response to this news, Facebook and Twitter both censored the article from the New York Post, advising they were "limiting the distribution" of the story on their platforms until a third-party contractor can "fact check" the article.

Mr Bannon told Ms Markson, “Hunter Biden’s lawyer has come to us both with phone calls and with emails saying, ‘hey, I’ve got to get the hard drive back’.”

“This is not some Russian intelligence operation; they admit it’s their hard drive,” Mr Bannon said.

“We have the emails from the Lawyer, if we need to release them, we’ll release them.”
Last edited: October 20, 2020
T

kosko said:
For a very tall 70+ year-old white guy Trump has some moves, he is moving on the beat and has some swagger. He is attempting to be playful but you can tell he knows how to actually move around. If Trump did not smoke or drink you can take a guess he was a big dancer when he was younger in his club days.
Click to expand...

He looks confident/charismatic but the dance looks lackluster.
T

She dared to pay a struggling restaurant to host her birthday.
It just makes you sick to the core that monsters like her exist.
Click to expand...