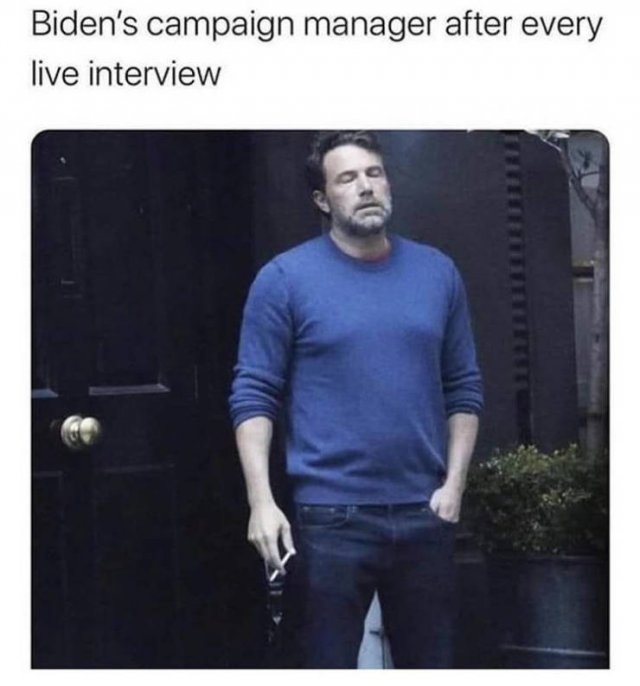 Joe Biden has had ENOUGH! As he takes the side of looters and people who have burned down police stations, gas stations, retail stores, etc. 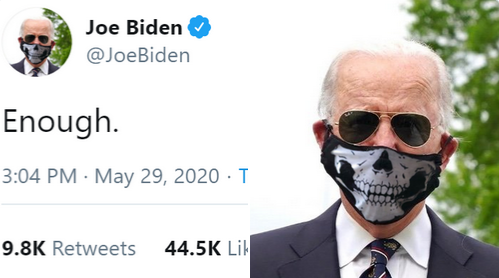 Gold Member
That's pretty similar to the mask he wears while sacrificing babies.

911 said:
That's pretty similar to the mask he wears while sacrificing babies.
Click to expand...

Look at this twit's tweet. What a twat. All should remain equal throughout their lives. F U Biden and your Marxist WomanThink. We all may be born equal, that's the beautiful thing about this country. We're one of the few nations where it don't matter what family or class your born into or whether your skins black white yellow or turquoise you can still rise to the top if you have drive and dreams. Its up to the individual if they wanna makes their lives better instead of wallowing in the their equalist misery. Look at all the asians. They're a minority. You don't see them screaming about about equality. They have some of the highest standards of living because they work for it. After the LA riots you had all the "da community" talking about how they were gonna take over businesses. Guess what, 30 years later same stuff. And cambodians and Koreans still own all the donut shops!! Assclown Biden. The only way we'll all be equal throughout our lives is when we're all equally enslaved, taxed and monitored by Big Brother.

Bernie Sanders should run as a 3rd party candidate...I would like to see that for entertainment purposes.

Gold Member
Bernie is a shill for the DNC machine, he would never do that. Mark Cuban might run, he would take voters away from Biden mostly because he's got a very severe case of TDS.

Gold Member
Man, his brain is shot. He has some inane talking points he has written down, And he looks down three times and repeats.

lol that is funny, on an unrelated note Don Cheadle looks like he has aged 50 years!

Liberalism. Not even once. 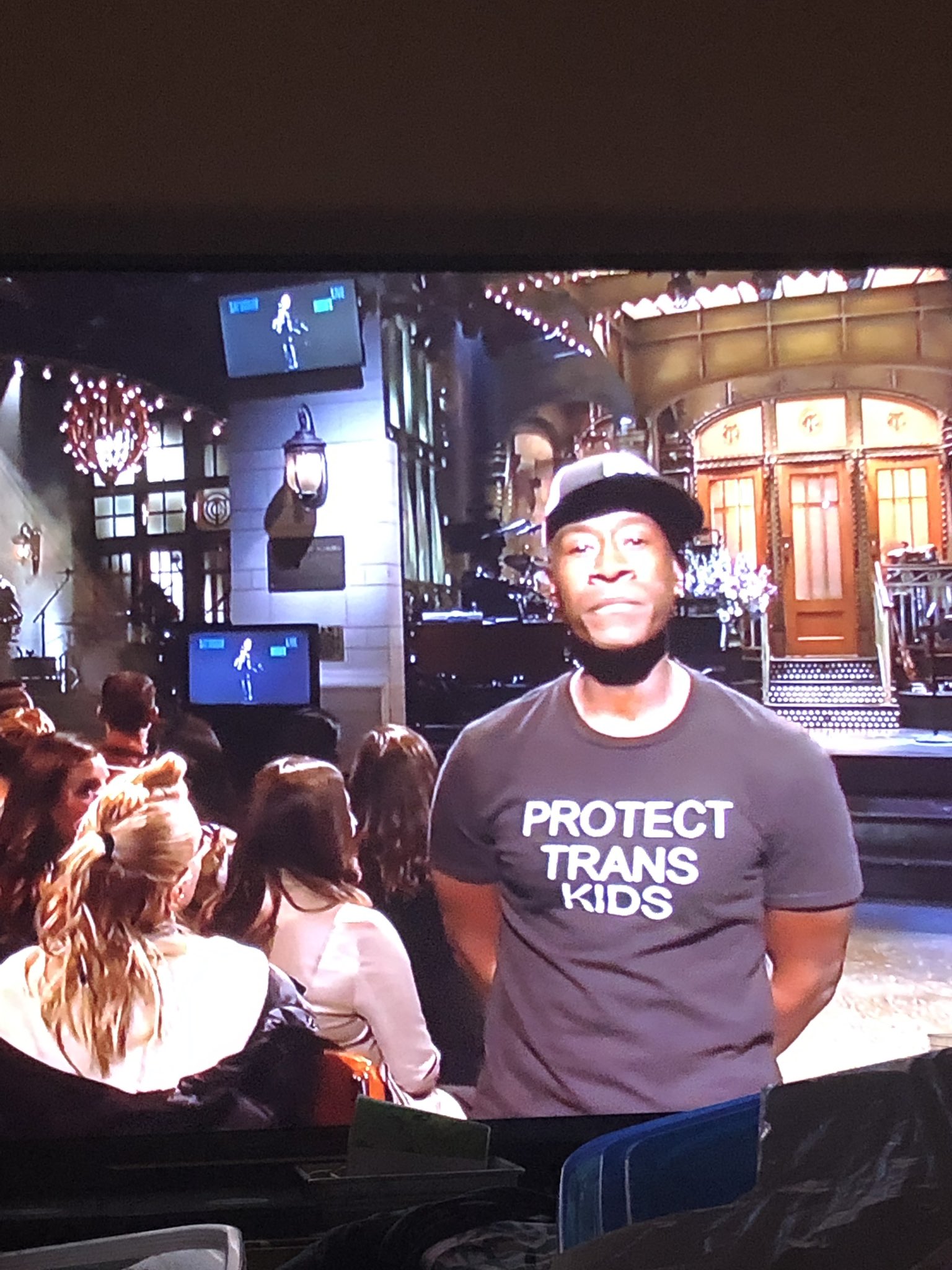 It_is_my_time said:
Joe Biden has had ENOUGH! As he takes the side of looters and people who have burned down police stations, gas stations, retail stores, etc.

I do not follow Biden very closely but it typically looks like the e-mail of a manager of your level complaining in your back to the top manager . "To me , it says everything". Meaning : Big boss , look how good small boss i am compared to him !

Don't forget you can always use the Joe Biden insult bot on Twitter - @BidenInsultBot: "That's nothin' but a load of hopscotch, ya Raggedy Ann-huggin' unfinished rocking chair!"

Laurene Powell Jobs has portrayed herself as a defender of the free press, but while journalistic projects she supports have laid off employees and turned to the government for help, the billionaire has funded a political group that built sham local news sites to push Democratic talking points.

Powell Jobs—worth over $26 billion thanks to her late husband, Apple founder Steve Jobs—has spent big on major media properties like the Atlantic, Axios, and Mother Jones through her "social change" investment firm, Emerson Collective. But many of those outlets appear to be floundering amid the current economic crisis, taking government loans and laying off staff.

Powell Jobs's attention, however, appears focused more on sending Joe Biden to the White House. Multiple reports have indicated the billionaire has funneled money into liberal media operation ACRONYM, which in turn operates Courier Newsroom, an umbrella over seven different sites that pose as local news outlets while distributing what one critic called "hyperlocal partisan propaganda."

This mismatch between Powell Jobs's public image and political spending raises questions about how seriously the self-professed friend to independent media takes those commitments, especially when they might conflict with her political goals. Neither a representative for ACRONYM nor for Emerson Collective responded to multiple requests for comment for this article.
Click to expand...

Powell Jobs has more than once been listed as a major backer of ACRONYM. A March New York Times story described her as such, as did a May story from Vox.

There is also some evidence of a connection between Powell Jobs and ACRONYM CEO Tara McGowan: Emerson Collective gave $2 million to Priorities USA Action during the 2016 cycle, when McGowan worked as the PAC's digital director. McGowan has also tweeted appreciatively at Powell Jobs.

The exact relationship between Powell Jobs, Emerson, and ACRONYM, however, remains murky. That's thanks in large part to Emerson's status as an LLC, which unlike a more traditional 501(c) designation, protects the organization from having to make public finance disclosures. Courier is similarly structured.
...
Click to expand...

Anyone with experience of someone with Dementia with access to stimulants/drugs that could prop them up? How does Biden's handlers hope to have him standing on his own Vs Trump on live TV?