Biden is such a turd sandwich. How is possible we've sunk so low? And I'm not talking as a country... I mean as a species.

Johnny Rico said:
Biden is such a turd sandwich. How is possible we've sunk so low? And I'm not talking as a country... I mean as a species.
Click to expand...

They were really, really looking forward to having Kunty Kamala as a puppet in the Oval Office...

Gold Member
Remember why the FBI and DOJ have done nothing to investigate the Laptop from Hell or Antifa/BLM insurrectionists and why we need to vote for Trump, God and Country to clean house and clean up this Globalists mess:

EXCLUSIVE: FBI Dir. Wray Profited from Hunter Biden’s Illegal China-Russia Kickback Deal, per Records & High-Placed Feds. Is This Why the FBI Has Covered Up Hunter’s Laptop? Guess Who Else Cashed In on Hunter’s Deal? AG William Barr. You couldn’t make this up if you tried. The Thomas Paine...

Thomas More said:
That article seems to be written by someone with inglish as their second language. Lots of weird phrasing and word choices.
Click to expand... 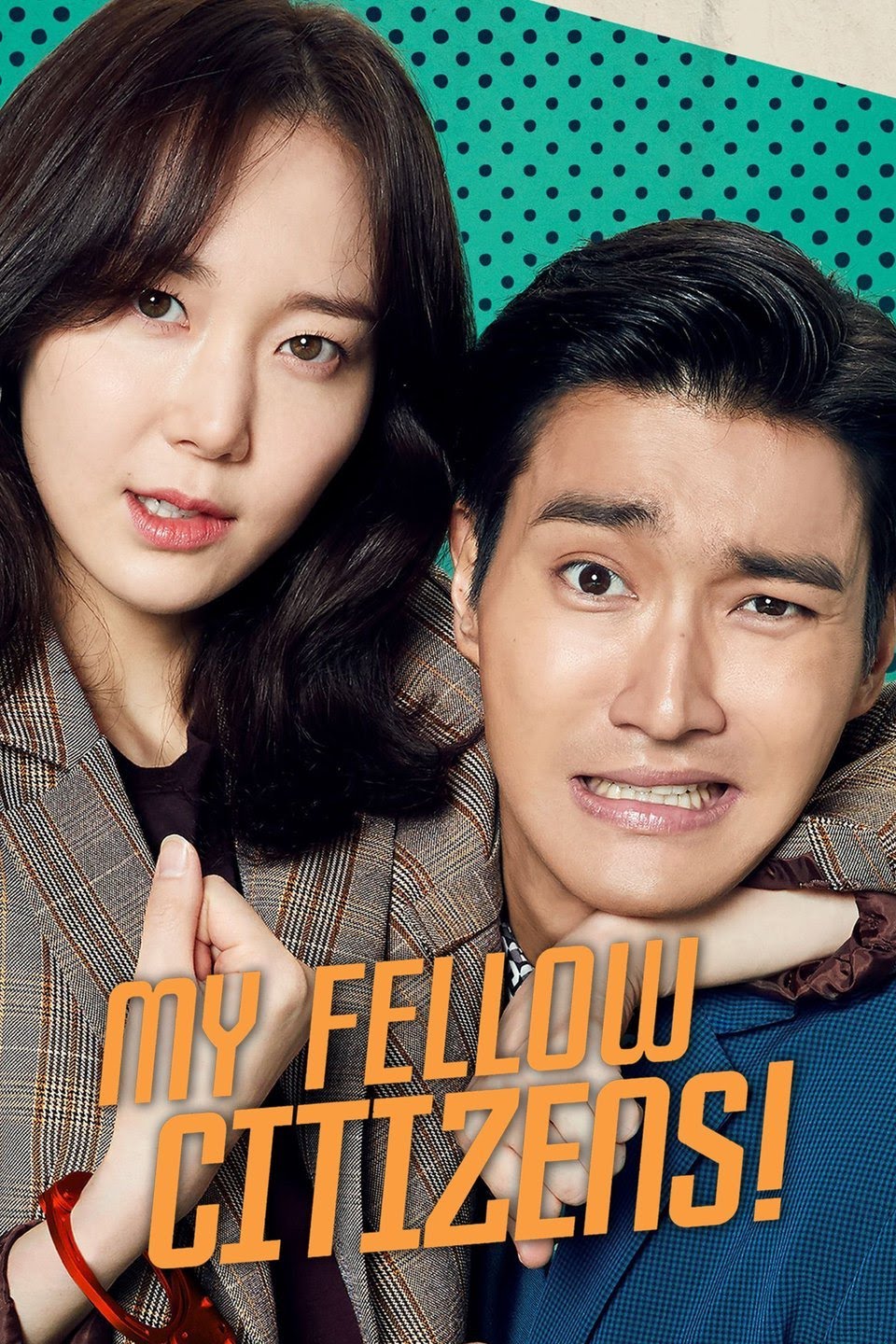 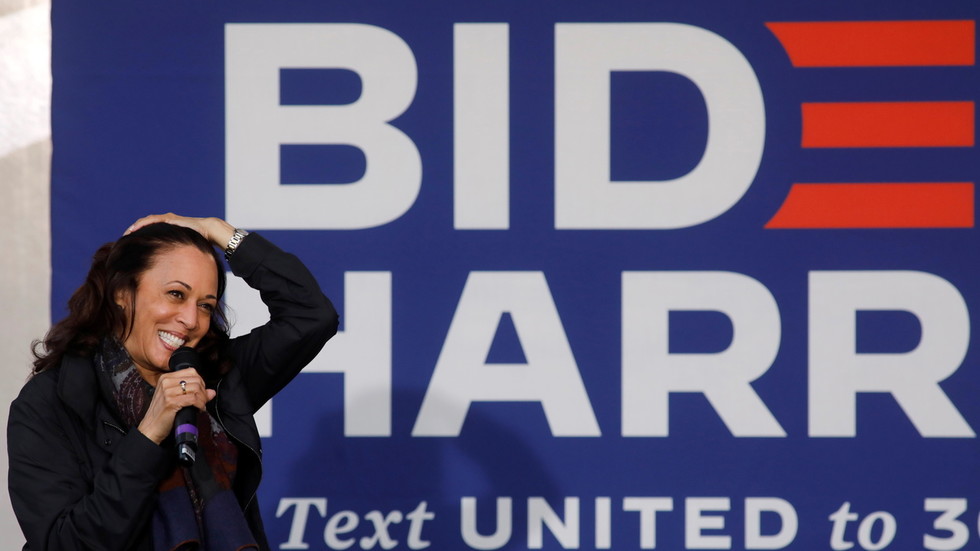 Kamala Harris has used the very last leg of the presidential race to promote herself and Joe Biden through an “equality v equity” cartoon ad that has her critics openly accusing her of promoting communism and Marxism.

Gold Member
And Commie Joe already leaning in to the CCP... 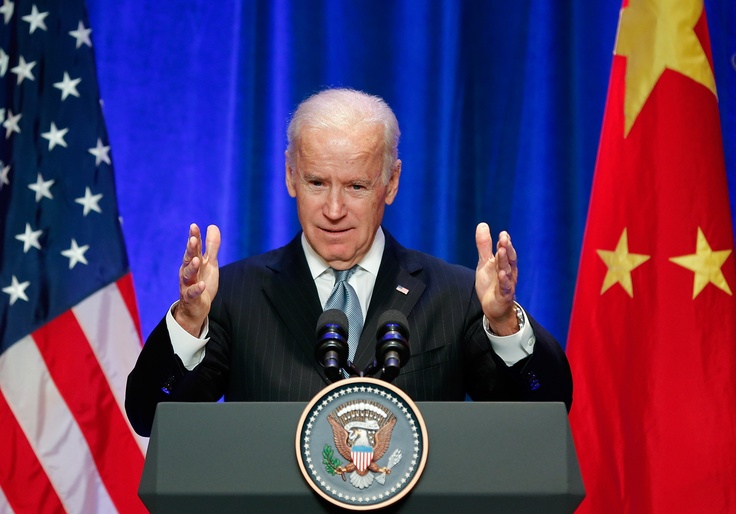 Gold Member
This is painful to watch.

Johnny Rico said:
Biden is such a turd sandwich. How is possible we've sunk so low? And I'm not talking as a country... I mean as a species.
Click to expand...

He is late stages Alzheimer’s. My grandparents were like this before they died, they had no idea where they were at or who I was, or who anyone was. It was sad but that’s what this reminds me of

Biden votes are fueled entirely by Trump Derangement Syndrome. I have yet to meet a single person who actually likes Joe Biden.

MichaelWitcoff said:
Biden votes are fueled entirely by Trump Derangement Syndrome. I have yet to meet a single person who actually likes Joe Biden.
Click to expand...

Most people don't care about Biden. No one hates him and no one likes him. You're right, it's TDS. Obama got a huge amount of support because he was black and charismatic. Hard not to like him he's a cool dude and a good speaker. Hillary was a cunt no one liked her.

Biden is a boring, senile old white man. Americans are stupid and vote for the most fashionable candidate.

For a moment Joe actually thought he was the guy in charge
Last edited: November 3, 2020

For a moment Joe thought that he was actually the guy in charge
Click to expand...

I hate using the term racist. It's a disgusting term that has been manipulated for many different reasons.

Isn't silencing Biden with black soul music, in an attempt to make an old white man with a history of being shitty to black Americans he cannot possibly associate with on a person level - just to get their votes, the definition of racist?

MichaelWitcoff said:
Biden votes are fueled entirely by Trump Derangement Syndrome. I have yet to meet a single person who actually likes Joe Biden.
Click to expand...

This is such a good point and what makes American politics so frustrating. Even though I doubt I would ever vote Democrat, you WANT to have a good viable candidate on the other side, this election it would have been (to a certain extent) good to have a worthy opponent, because that would actually challenge Donald Trump to reign in some of his worse excesses and it would hold him accountable for some of his problems. We get none of that, and if Trump wins, I personally think his less desirable impulses are only going to get worse, where as if he was truly humbled and challenged by an good Democratic opponent (but Trump still won), we could have seen a better Trump in the office. At this point it's all just a joke.
You must log in or register to reply here.
Share:
Twitter Email Share Link
Top