Excerpt from his book

In Buenos Aires on Dec. 1, at dinner, Xi began by telling Trump how wonderful he was, laying it on thick. Xi read steadily through note cards, doubtless all of it hashed out arduously in advance. Trump ad-libbed, with no one on the U.S. side knowing what he would say from one minute to the next.

One highlight came when Xi said he wanted to work with Trump for six more years, and Trump replied that people were saying that the two-term constitutional limit on presidents should be repealed for him. Xi said the U.S. had too many elections, because he didn’t want to switch away from Trump, who nodded approvingly.

Xi finally shifted to substance, describing China’s positions: The U.S. would roll back Trump’s existing tariffs, and both parties would refrain from competitive currency manipulation and agree not to engage in cyber thievery (how thoughtful). The U.S. should eliminate Trump’s tariffs, Xi said, or at least agree to forgo new ones. “People expect this,” said Xi, and I feared at that moment that Trump would simply say yes to everything Xi had laid out.

Trump came close, unilaterally offering that U.S. tariffs would remain at 10% rather than rise to 25%, as he had previously threatened. In exchange, Trump asked merely for some increases in Chinese farm-product purchases, to help with the crucial farm-state vote. If that could be agreed, all the U.S. tariffs would be reduced. It was breathtaking.
Click to expand...

Trump spoke with Xi by phone on June 18, just over a week ahead of the year’s G-20 summit in Osaka, Japan, where they would next meet. Trump began by telling Xi he missed him and then said that the most popular thing he had ever been involved with was making a trade deal with China, which would be a big plus for him politically.
Click to expand...

Trump then, stunningly, turned the conversation to the coming U.S. presidential election, alluding to China’s economic capability and pleading with Xi to ensure he’d win. He stressed the importance of farmers and increased Chinese purchases of soybeans and wheat in the electoral outcome. I would print Trump’s exact words, but the government’s prepublication review process has decided otherwise.

Trump then raised the trade negotiations’ collapse the previous month, urging China to return to the positions it had retracted and conclude the most exciting, largest deal ever. He proposed that for the remaining $350 billion of trade imbalances (by Trump’s arithmetic), the U.S. would not impose tariffs, but he again returned to importuning Xi to buy as many American farm products as China could.

Xi agreed that we should restart the trade talks, welcoming Trump’s concession that there would be no new tariffs and agreeing that the two negotiating teams should resume discussions on farm products on a priority basis. “You’re the greatest Chinese leader in 300 years!” exulted Trump, amending that a few minutes later to “the greatest leader in Chinese history.”
Click to expand...

Beijing’s repression of its Uighur citizens also proceeded apace. Trump asked me at the 2018 White House Christmas dinner why we were considering sanctioning China over its treatment of the Uighurs, a largely Muslim people who live primarily in China’s northwest Xinjiang Province.
Click to expand...

At the opening dinner of the Osaka G-20 meeting in June 2019, with only interpreters present, Xi had explained to Trump why he was basically building concentration camps in Xinjiang. According to our interpreter, Trump said that Xi should go ahead with building the camps, which Trump thought was exactly the right thing to do. The National Security Council’s top Asia staffer, Matthew Pottinger, told me that Trump said something very similar during his November 2017 trip to China.
Click to expand... 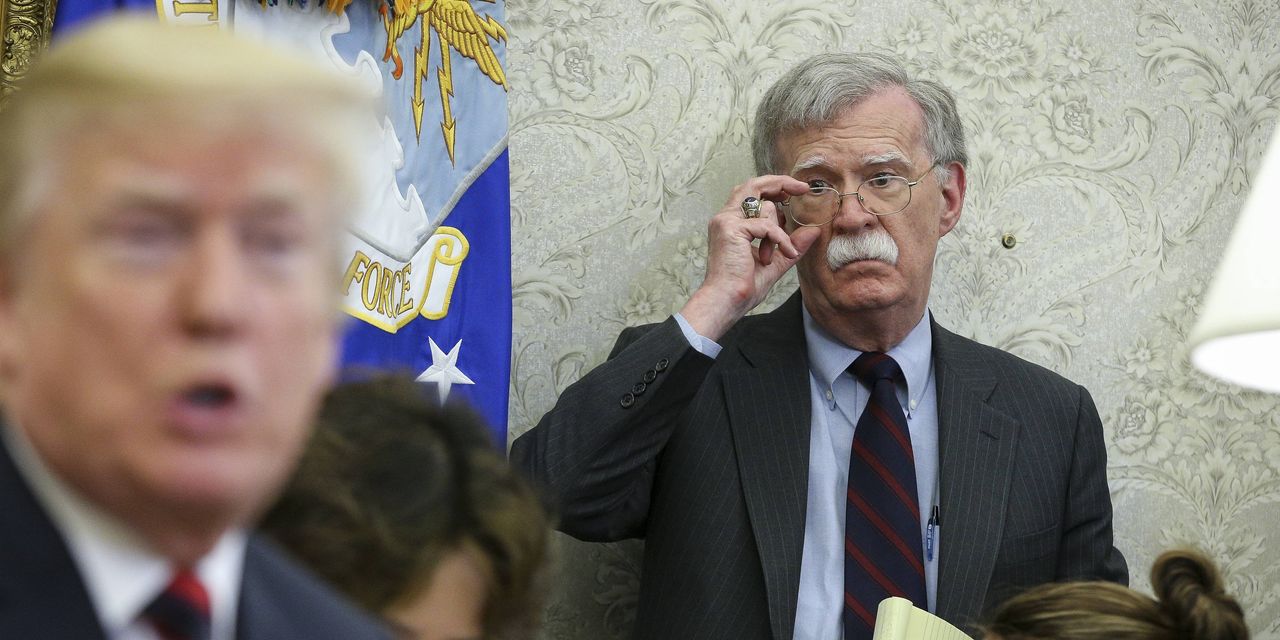 I hate John Bolton like many people. I think he's a traitorious little weasel for writing this book but I'm more mad at Trump for being stupid enough to hire him. Now from what I've read it could be a lie but it could also be a truthful if embellished account. I mean does anyone think Trump cares about the independence of Taiwan or Hong Kong or the Uighurs or human rights in general? That's not his strong suit though I'm not sure if a human rights obsessed president really does anything to improve human rights besides nagging. They sure don't do it to US allies.

Lastly I'm just sad about the Uighurs and its really disgusting how liberals who have absolutley not given a crap about the Uighurs will now whine about how Trump encouraged building the camps or whatever. We should really care about what's happening to the Uighurs not just use them to win political arguments.
You must log in or register to reply here.
Share:
Twitter Email Link
Top