Banned
Catholic
Surprised he hasn’t been Epsteined or Mcafee’d if he were as dangerous as they say to the elite.

Sword and Board said:
Surprised he hasn’t been Epsteined or Mcafee’d if he were as dangerous as they say to the elite.
Click to expand...

Well that would obviously make him a martyr. No one would consider Epstein or McAfee a martyr.
H

Sword and Board said:
Surprised he hasn’t been Epsteined or Mcafee’d if he were as dangerous as they say to the elite.
Click to expand...

I believe that is what the deadmans switch is for (not the fake McAfee types either).
They have done protected dumps in the past.
E

Banned
Orthodox
Assange committed the biggest Doxx in British (and maybe beyond) history, when he gave the entire British National Party Membership list to the tabloid press, and other Leftist groups such as Hope Not Hate. The press ran wild with it, doing exposures of normal British people who disgustingly didnt want their country turned into a Third World dumping ground full of violent criminals, grooming gangs, and suffer all the other indignities of the ZOG Yoke.

I note it's still proudly proclaimed on WikiLeaks, and downloads of it are still openly available from them -

Guardian thirstily advertised the WikiLieaks link, with headlines about 'BNP Members Near Where You Live"

BNP membership where you live: constiuency by constituency

The BNP membership list broken down into UK constituencies

In conclusion, i couldn't give a tinker's toss about him.

Oh and any British Nationalist readers might be interested to know that the mole within the BNP that gave Assange the list, is now in charge of ultra glowy Mark Collett's Patriotic Alternative admin.

What could possibly go wrong.
S

Catholic
Julian Assange suffered a mini stroke back in October during a court hearing. This is coming from his fiance. 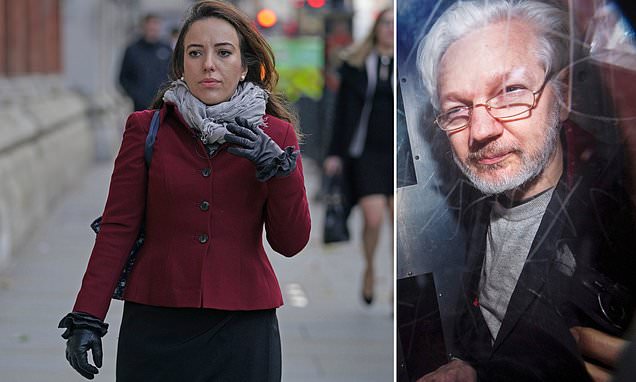 Julian Assange has a stroke in Belmarsh prison, fiancée reveals

The WikiLeaks publisher, 50, who is being held on remand Belmarsh Prison in London while fighting extradition to America, was left with a drooping right eyelid and signs of neurological damage.

Catholic
BREAKING: At 10.45 am WikiLeaks publisher Julian Assange won his application to appeal to the UK Supreme Court.