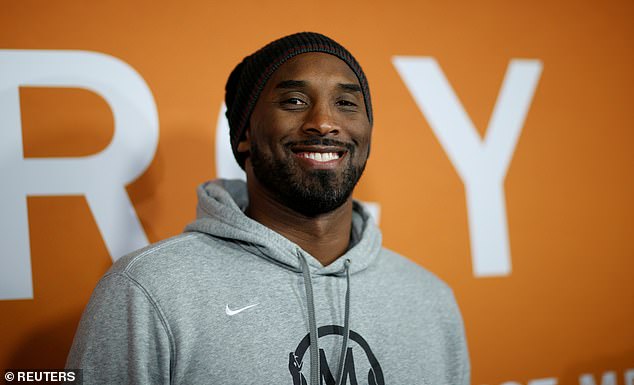 
Used to run into him at the local Blockbuster video and Starbucks. Seemed like a nice enough guy

Gold Member
Yeah just saw this and posted in a dupe thread. Brutal. Life is short, unpredictable and precious. One of the greatest players of all time. RIP Kobe.

May he rest in peace.

Not a great fan of Basketball myself but Kobe was indeed one of the 2 greatest players of all times and pretty much everyone has heard about him. He brought basketball into a new age.

Sad to hear this.

Gold Member
Theyre saying it was his own personal helicopter. I wonder if he was piloting it.

It was a Sikorsky S-76, an expensive and safe helicopter. These are IFR-capable (it was a foggy day) when equipped. 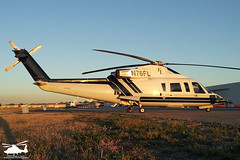 Allegedly, this is his^ N76FL

dicknixon72 said:
It was a Sikorsky S-76, an expensive and safe helicopter. These are IFR-capable (it was a foggy day) when equipped.

Do you know if he was a pilot?

Gold Member
Looks like the chopper was out of control, coming in too fast and sideways over that building:


Funny how life works, if he were a bit less successful, he would probably still be around and not hopping on rooftops in his chopper... RIP.

911 said:
Looks like the chopper was out of control, coming in too fast and sideways over that building:


Funny how life works, if he were a bit less successful, he would probably still be around and not hopping on rooftops in his chopper... RIP.
Click to expand...

I was just about to say, looks like they got caught up in power lines. So sad.

Edit. I'm starting to wonder if that video is false too. Other photos show a crash site out in the hills. That vid looks like they woulda gone down in buildings.

Gold Member
His wife just had another daughter less than a year ago. Very tragic.

Is that video fake? Doesnt look like same model helicopter as the pic
E

If his four daughters died, that's pretty sad. I didn't care before I knew that.

Kobe Bryant Dies in Helicopter Crash ... Everyone On Board Dead

Kobe was traveling with at least 3 other people in his private helicopter when it went down. A fire broke out. Emergency personnel responded, but nobody on board survived. 5 people are confirmed dead. We're told Vanessa Bryant was not among those on board. 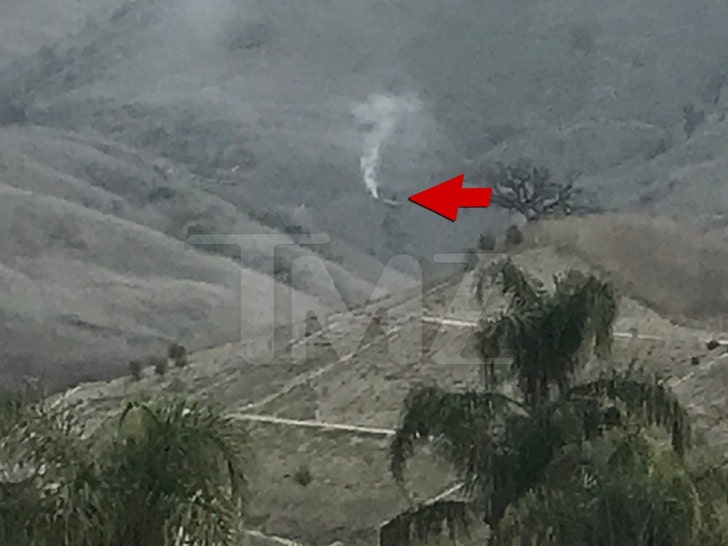 Eyewitnesses also tell us that they heard the helicopter's engine sputtering before it went down. As you can see, flames and smoke covered much of the scene from the wreck. The official cause of the crash is currently under investigation.

Kobe has famously used a helicopter to travel for years -- dating back to when he played for the Lakers. He was known for commuting from Newport Beach, CA to the STAPLES Center in DTLA in his Sikorsky S-76 chopper.

KB is survived by his wife Vanessa, and their four daughters -- Gianna, Natalia and Bianca and their newborn Capri. Kobe and Vanessa got married in 2001 after meeting in 1999.

Kobe has recently been spotted out at NBA games with his daughter Gianna -- a rising star basketball player herself. Their youngest daughter, Capri, was just born in June 2019.

Kobe is widely considered one of the greatest NBA players of all time -- making 18 All-Star teams during his 20 year career with the Lakers. He was a first-round pick in the 1996 draft, winning 5 NBA championships, 2 NBA Finals MVPs and he was the league MVP in '08.

He was on 15 All-NBA Teams, 12 All-Defensive Teams and led the league in scoring for two seasons. He ranks fourth in the NBA for all-time regular season scoring and all-time postseason scoring.

The Lakers famously retired both of Kobe's jerseys, number 8 and 24 ... the only player in team history to receive that honor.

Kobe's accomplishments stand far outside of the basketball world. He won an Oscar for his short film, "Dear Basketball," in 2018.

On Saturday, LeBron James passed Kobe as third on the all-time NBA scoring list. He paid tribute to Bron on Instagram -- his last post -- by saying, "On to #2 @kingjames! Keep growing the game and charting the path for the next."

At age 34, Kobe became the youngest player in NBA history to surpass the 30,000 point mark. Speaking of putting up points, the guy was notorious for his 81 point game against the Toronto Raptors in 2006. It was one of the greatest performances in modern NBA history.

Gold Member
I don't follow basketball but this is absolutely tragic.

Gold Member
KB is survived by his wife Vanessa, and their four daughters -- Gianna, Natalia and Bianca and their newborn Capri. Kobe and Vanessa got married in 2001 after meeting in 1999.


This and many other news outlets are confirming his daughters are still alive.

Still tragic, but good to know his daughters were not on that helicopter when it happened.

If this is indeed true it's an absolute tragic situation.

I wasn't a fan of Kobe as an athlete but post retirement I found him to be great as a hardened philosophical business man with his teachings on displine and work ethic are transferable to all parts of life. This also soured me because he is closer to age to me than most. It made me realize if I were to face the same fate my legacy to date would be lacking. It really has out things into perspective for me.

RIP to Kobe and prayers to his wife.