Other Christian
A small morsel to get you through the weekend: 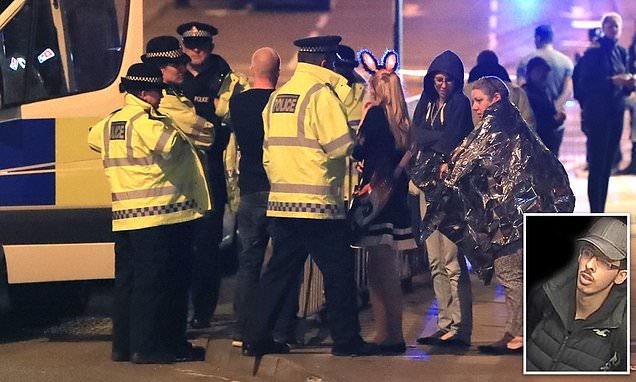 Despite returning to her native Libya in October 2016, terrorist sympathiser Samia Tabbal continued to receive about £2,500 a month in housing and child benefit and work and tax credits. 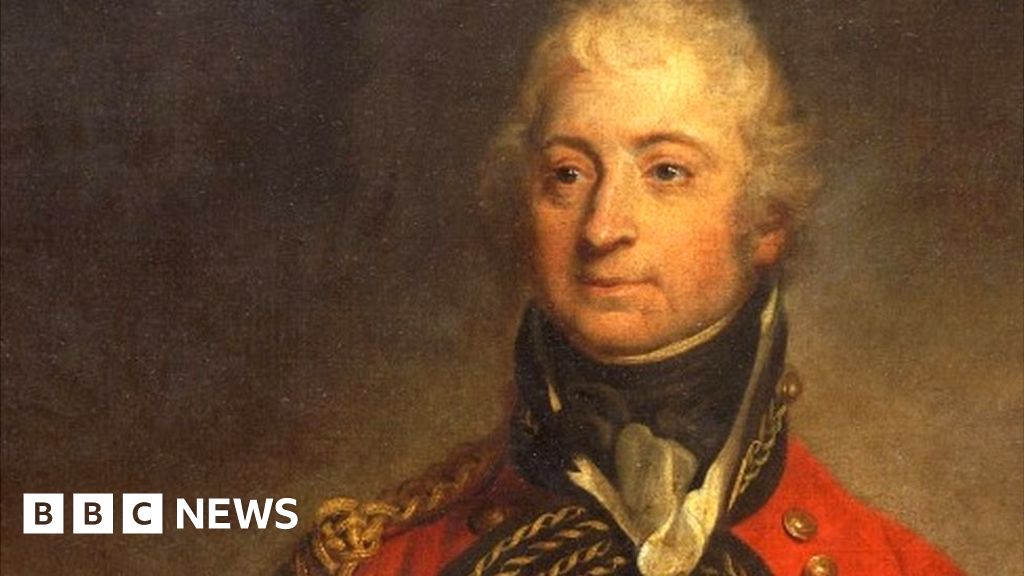 Sir Thomas Picton's painting had been on almost continuous display for more than 100 years.
www.bbc.co.uk
Do you remember when they were bringing down slave owner statues, they were saying "they belong to museums", not "our publics squares"? Well, it seems like they don't belong to museums either. Honestly, what do you expect rich people own like hundreds of years ago? Bitcoin? 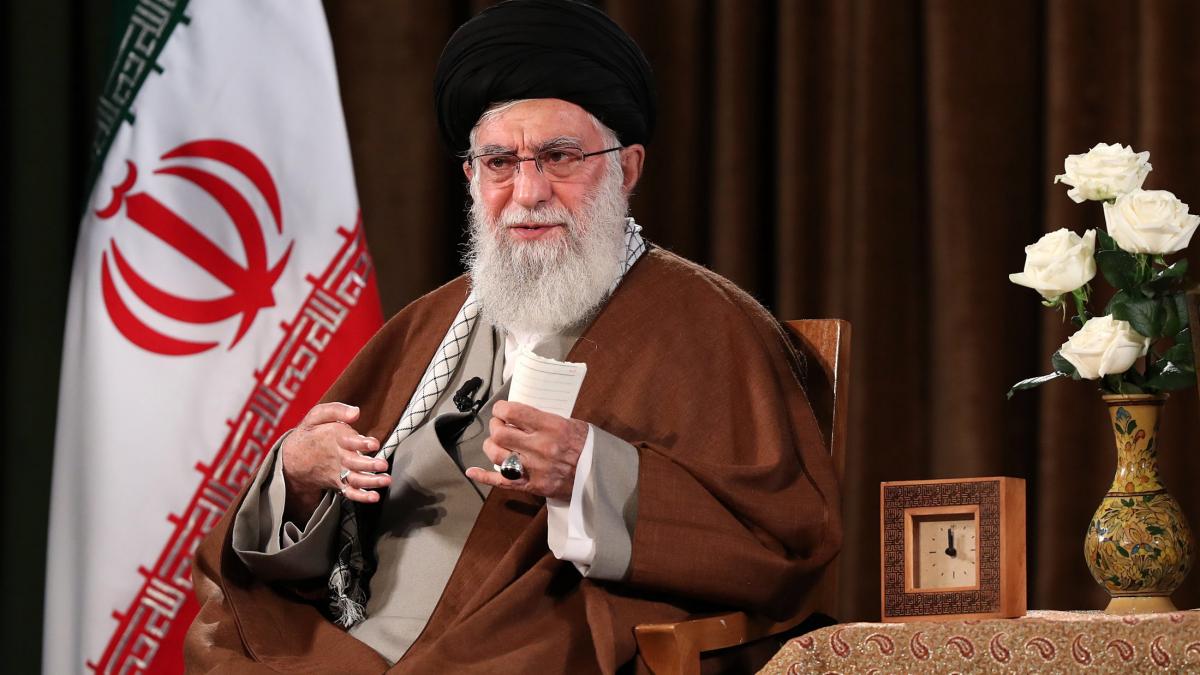 The personal representative office of Iran’s supreme leader in London was given more than £100,000 by the British government as part of its coronavirus furlough

Orthodox
A suspected terrorist who blew himself up outside Liverpool Women’s Hospital at the weekend has been named as 32-year-old Emad Al Swealmeen. He was a Syrian asylum seeker. Imagine my shock! 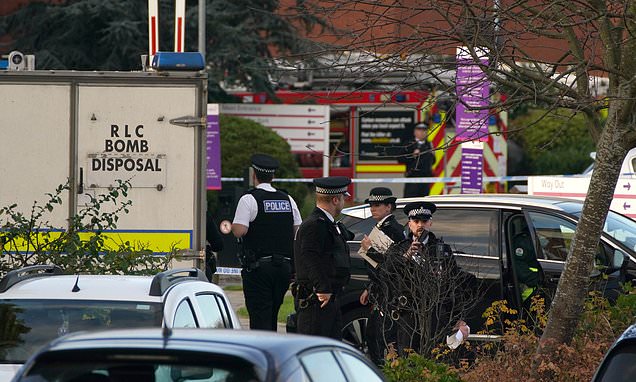 Officers said Emad Al Swealmeen is connected to two addresses being searched in the city.

The fake media have been hammering a surging cases narrative for the last two weeks, as cases have been going down for a month:

England (not Soctland and Wales) seems to be one of the least bad places in Western Europe, at the moment, but norms are being primed to be shut in their safe space again.

The Unconservative Party are now -6 in the polls behind a drab, boring and unpopular Not a Single Person Who Could Be Described as Labour in The Labour Party. Fake news is spinning it's due to some minor corruption of one MP, but if you look at news sites that Unconservative voters read, sort by most popular, they are mostly saying Boris is tanking because of mass immigration, green communism, SJWing and the highest post-war taxes. The sentiment against the party, from its own voters, is the highest its ever been.

It wasn't long ago Unconservative MPs were singing the song of 20 years of uninterrupted rule by them. They sang the same when they inflated the pig iron Lady, Theressa May. Not long after she was on the slag heap. The best thing for the country is if Reform UK (anti-lockdown) tactically skewer as many constituencies as they can by either not standing in places like Doncaster and handing Ed Milliband's seat over to the Unconservatives; or unseating torry MPs by throwing constituencies to Labour.

Boris is toning down his lefty twittering with his cratering polling:

Orthodox
It's funny Instagram doesn't ban them. But try saying "there are two genders!" 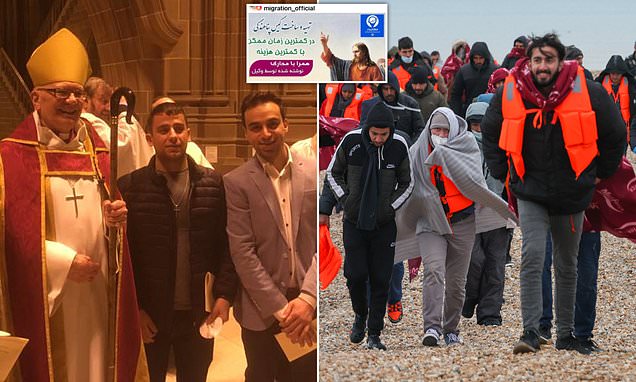 Emad Al Swealmeen lost his first bid to stay in Britain in 2014 but appealed again in 2017 after he was baptised and confirmed at Liverpool Cathedral.

'There some loopholes here that clearly need closing. Our current asylum system is costing us money, and it’s costing us lives'

Orthodox
Diversity is our strength
A London primary school has dropped Winston Churchill and J.K. Rowling from its house names after pupils wanted to increase its diversity. 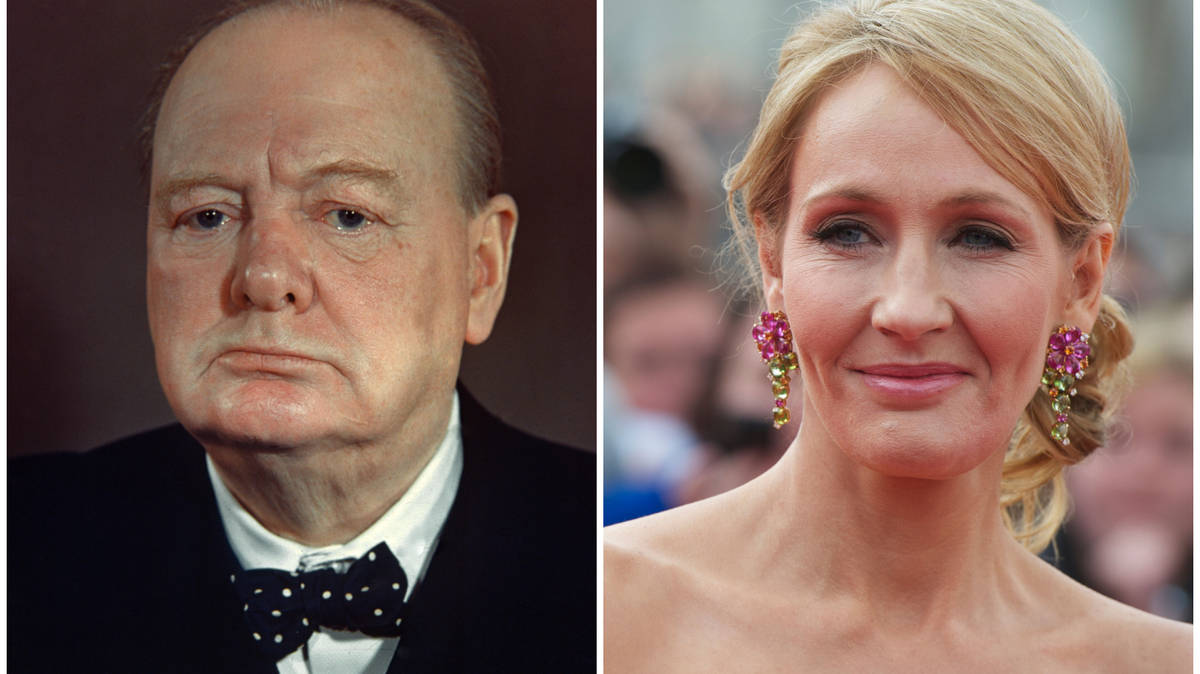 A London primary school has dropped Winston Churchill and J.K. Rowling from its house names after pupils wanted to increase its diversity.

Orthodox
Never throw your rubbish to your neighbour's yard.

Orthodox Inquirer
Gold Member
If Bob Mortimer was not already a meme, he is now. 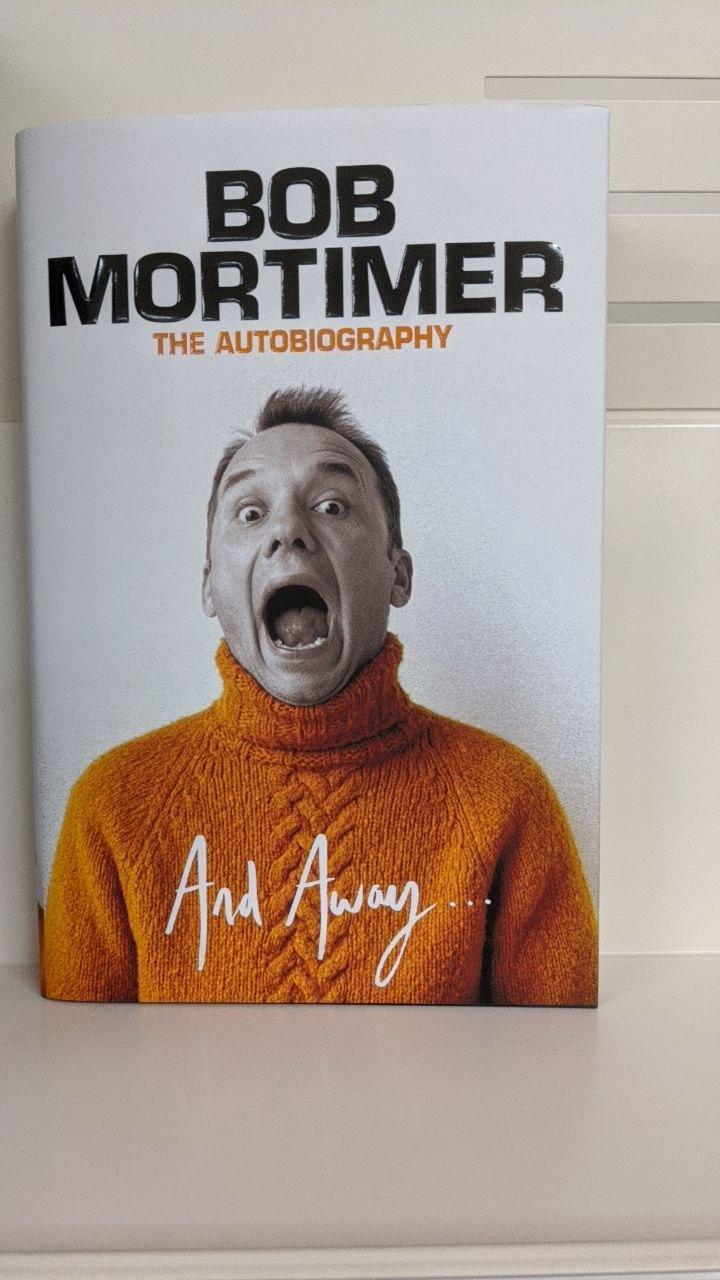 Orthodox
I often wondered a year or two back which comedians, band members, writers etc were "secretly based" (eg essentially pro white, sick of the Third Worlders, the state of our cities, grooming gangs etc - which seemed the most pertinent things at that point).

I have no idea on the validity on first two, but latter i would be comfortable betting on. Jones loved a bit of conspiracy at least. I think his health has been awful and not done his show for last few years, but he used to talk about how he'd go down rabbit holes, when he was on the radio. Start talking about watching YouTube vids about the New World Order and the Fed.

This is almost the cardinal rule of politics. Anything diversity or (protected) gender-related is memory-holed or substituted with an appeal to anti-white Christian conservative male hysteria.

With the assassination of Amess, it is obvious that the UK police and security agencies, instead of targeting transgender-skeptic thought crimes, should have been finding, imprisoning and/or deporting this person and 1000s like him.

You can always say when men, conservatives or white men especially commit a heinous (or supposedly heinous) act, but you are never ever allowed to break down the problem further and point out massive overrepresentation of anti-social or criminal behavior amongst racial or gender minorities (or women).

This is why the 6.5/52 statistic or related statistics (black men in the US are 6.5% of the population but commit 52% of murders) cannot be mentioned but slogans like “White Men are the Biggest Source of Terrorism” can be bandied about with impunity, without context and usually having been made up entirely.

The UK has similar stats for London and, say, knife crime/carjackings.
E

david.garrett84 said:
This is why the 6.5/52 statistic or related statistics (black men in the US are 6.5% of the population but commit 52% of murders) cannot be mentioned but slogans like “White Men are the Biggest Source of Terrorism” can be bandied about with impunity, without context and usually having been made up entirely.

The UK has similar stats for London and, say, knife crime/carjackings.
Click to expand...

I remember there being a crime stat re race in UK, that was actually WORSE than the US one, per capita. Or maybe it was prison population.

On that note i recall hearing from a guy who'd worked in prisons saying that all but one Category 1 prison in England is run by Muslims. Think the exception was Durham, could be wrong.

There's an old BBC doc from late 70s in prisons, one of those old long form ones that show you how far society has fallen across the board. The prisoners were genuinely articulate, thoughtful and interesting characters, that clearly had reflected a lot on their crimes.

Now hardly getting misty eyed about the prospect of slopping out and being surrounded by violent criminals, but see footage of a prison these days it's bedlam.

Other Christian
Gold Member
A 36-year-old streamer from Manchester has been given a four-year jail sentence for anti-Semitism. A Jewish activist group had reported him to counterterrorism police. The judge remarked at the sentencing 'You peddled ancient tropes and slander against Jewish people.'

One of Britain's most prolific anti-Semitic video streamers was jailed for four years yesterday after admitting inciting racial hatred.

He also dressed up as a parody Jew called 'George' complete with large comedy nose to garner clicks from viewers.
Click to expand... 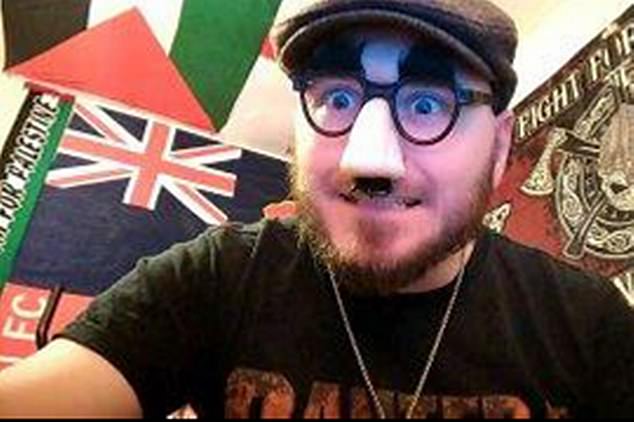 Orthodox
The relationship between Boris Johnson and the truth are "socially distanced".

‘The Beginning Of The End’: Nigel Farage Lights Up Boris Johnson Over Bombshell Christmas Party Leak

Allegations of a Christmas party held at 10 Downing Street last December have sparked outrage over a hypocritical health regulations breach. 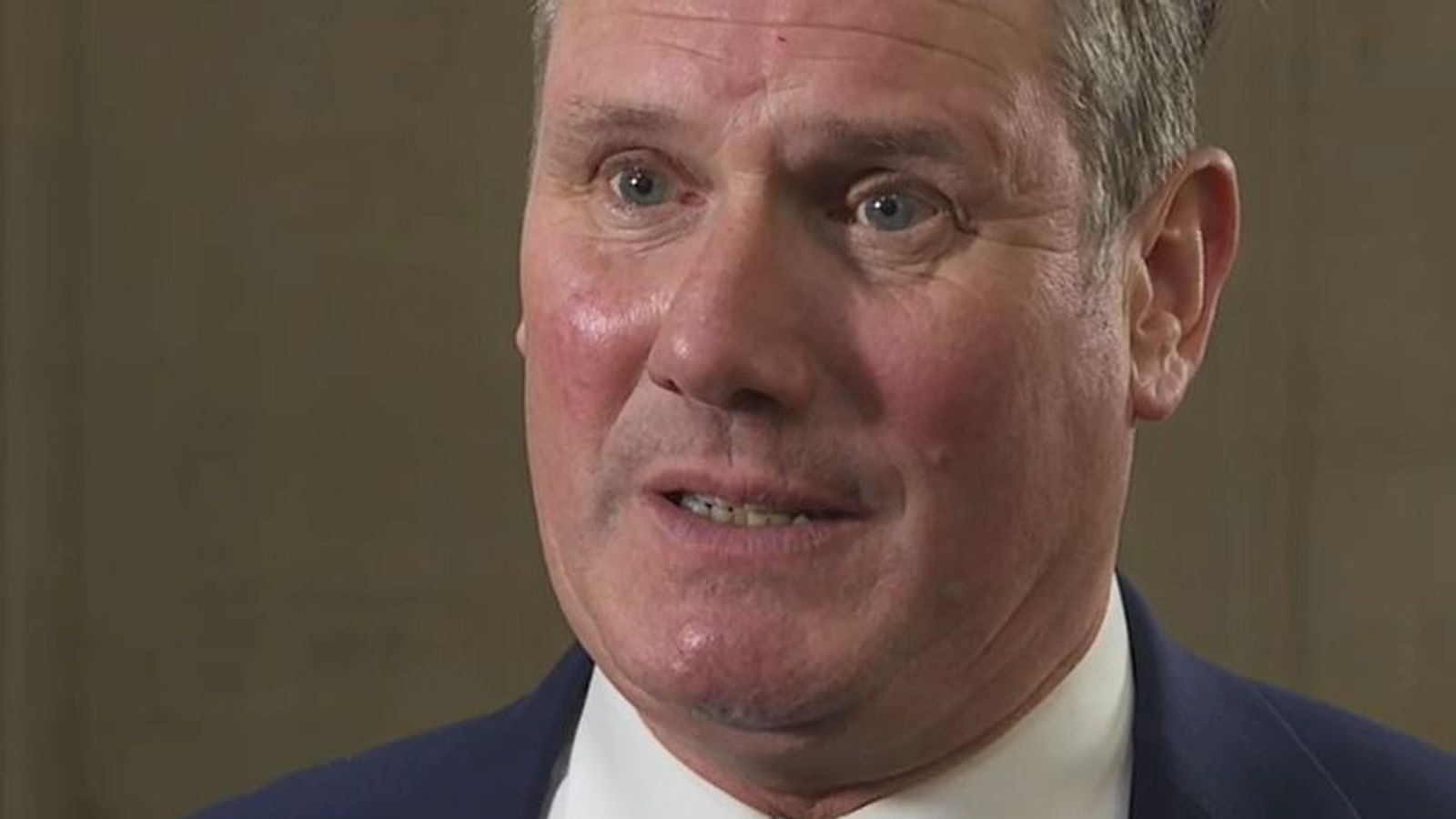 COVID-19: Boris Johnson is 'socially distanced from the truth' over Christmas party - video

The Labour leader is outraged at Downing Street staff seemingly 'laughing' about the alleged party in a new video.

I happened upon a copy of The Light Newspaper today at a railway station. It's an unbelievably good read! I have never seen anything quite like it. It defended free speech (a Holocaust sceptic, nonetheless) and exposed the Covid narrative.

The Light is an independently distributed truthpaper, exposing corruption and crimes by governments, corporations and individuals.

Look at this ad. White liberals love refugees like rich people like their little pet. You will see some forty years old single women sharing on Facebook: "Look at me and Fatima today we cooked soup together".

They used to filled up their loneliness with cats. Seems they have found a supplement!

Look at this ad. White liberals love refugees like rich people like their little pet. You will see some forty years old single women sharing on Facebook: "Look at me and Fatima today we cooked soup together".

They used to filled up their loneliness with cats. Seems they have found a supplement!
Click to expand...

Three things are going on here with mid-30s to 40s White European women:
1) A subconscious realization that they have wasted their life/are supremely unhappy with the corporate treadmill/rat race and its attendant misery, leaving them bereft of a meaningful romantic relationship and children
2) The connected desire, also largely unconscious, to parade themselves around like this in the HOPE that some man will come along and snap them out of it
3) General attention-whoring but in a more socially acceptable way, especially as they cannot compete with younger women in, say, the showing of ample skin in sexualized photos

Blame the men also. Enough of them try to wife these specimens up.