puckerman said:
I naturally reasoned that with the top-two law the Libertarians could actually make an effort to get into the top two. But this wasn't on their minds. They just wanted to make sure they were on the ballot in the general election. They didn't seem to be interested in actually trying to win the election.
Click to expand...

I don't know why they responded that way, but here's how I would've responded.

The main point of Libertarian campaigns isn't to get elected (since the system tends to be rigged to prevent that from ever happening; if the major parties wanted to give Libertarians a chance to get elected, they would have put in place proportional representation), but rather to raise awareness of libertarian ideas.

The endgame might be to elect Libertarians at some point in the future, or influence the major parties in a libertarian direction, or involve the people in civil disobedience or armed revolution that would overthrow the government. But we're not at the endgame yet.

(We don't necessarily have to use elections as an educational venue, by the way. Many libertarians don't; some prefer to become economics professors, for instance, since they figure they can reach more young people that way. Civil disobedience can be another method of outreach, although I personally haven't had a lot of success with it yet, despite devoting 46 months of my life to it.)

One might argue, "There actually are a lot of libertarians out there, but they vote for the two major parties because they don't want to waste their votes." The spoiler effect is more noticeable under a plurality system, but it would still exist in a top-two system.

Let's suppose your first preference is Johnson and your second preference is Trump. In the first round of voting, you might vote for Johnson if you figure he's only going to get a few percent. After all, in the second round, Johnson will be eliminated and then you can switch your vote to Trump. You will have registered your support for Johnson without "throwing away" your vote.

What happens, though, if Johnson and Hillary are the two top voter-getters? If Hillary defeats Johnson in the second round, then you're actually worse off than if Trump had made it to the second round and defeated Hillary. So the problem of Johnson being a spoiler still potentially exists.

Proportional representation would give minor parties more influence, but then the problem might arise that they get TOO much influence. The Communists or Greens, for instance, could tell the other parties, "You better accede to our demands or we won't form a coalition with you."

Libertarianism has an alt-right problem. Many prominent leaders of the alt-right have, at some point, identified as libertarian. I am curious as to… why?

Milo Yiannopoulos has billed himself (and has been billed by others) as libertarian. About a year ago, he came clean about that. According to Business Insider, the alt-right troll Tim Gionet (aka “Baked Alaska”) formerly “identified as a carefree, easygoing libertarian” who “supported Kentucky Sen. Rand Paul’s bid for the White House, firmly opposed the war on drugs, and championed the cause of Black Lives Matter…”

Gavin McInnes bills himself as a libertarian, but he founded the Proud Boys―a men’s rights group that is considered part of the alt-right. Augustus Invictus, a Florida attorney who literally drank goat’s blood as part of an animal sacrifice, ran for senate in the 2016 Libertarian Party primary and spoke at Liberty Fest. Recently popular among college libertarians, Stefan Molyneux evolved into a pro-Trump alt-righter. And Richard Spencer was thrown out of the International Students for Liberty conference this year after crashing the event.

“It’s ironic that some of these people start off calling themselves libertarian, but they are the antithesis of everything that the libertarian project stands for—which is cosmopolitanism versus parochialism, individualism vs. group identity, and libertarianism or autonomy versus authoritarianism,” Nick Gillespie, editor in chief of Reason.com tells me.

Granted, there are a few similarities between the two groups. For example, paleoconservatives (think populist nationalists like Pat Buchanan) and libertarians both tend to be anti-interventionist in foreign policy. But there are also multiple contradictions. Jeffrey A. Tucker, content director for the libertarian Foundation for Economic Education (FEE), lists five differences between the alt-right and libertarians. And yet, it seems observably true that libertarianism is disproportionately a gateway drug to the alt-right. Again, the question is… why?
...
Click to expand...

Gold Member
I'm not hating, but I thought some of the guys would get a laugh out of this... 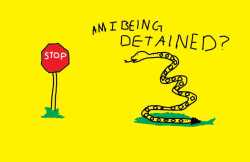 So, who are you all supporting for the Presidential nomination. I am already booked for LP National this year. It is here in Austin, where I live. I am backing Hornberger. I do find others acceptable.

There are some I definitely won't support.

It looks like they all showed up for this debate in Georgia:

How is Cato institute representative of the libertarian movement?

The Catalyst said:
How is Cato institute representative of the libertarian movement?
Click to expand...

Cato is funded by the biggest "libertarian" billionaires, like the Koch brothers and are top donors of libertarian politicians like Rand Paul.

Effectively, if you want to pull back the curtain, libertarian party = slaves to Cato.

Some of them are furries working at McDonalds.

Some of them are furries working at McDonalds.
Click to expand...

Well, even if they aren't, they should be.

Libertarians have mostly focused on the fact that American health care is an over-regulated and over-subsidized clusterfuck. If we had a free market in health care, we would be much better off. They also opposed wrecking the economy.
You must log in or register to reply here.
Share:
Twitter Email Link
Top