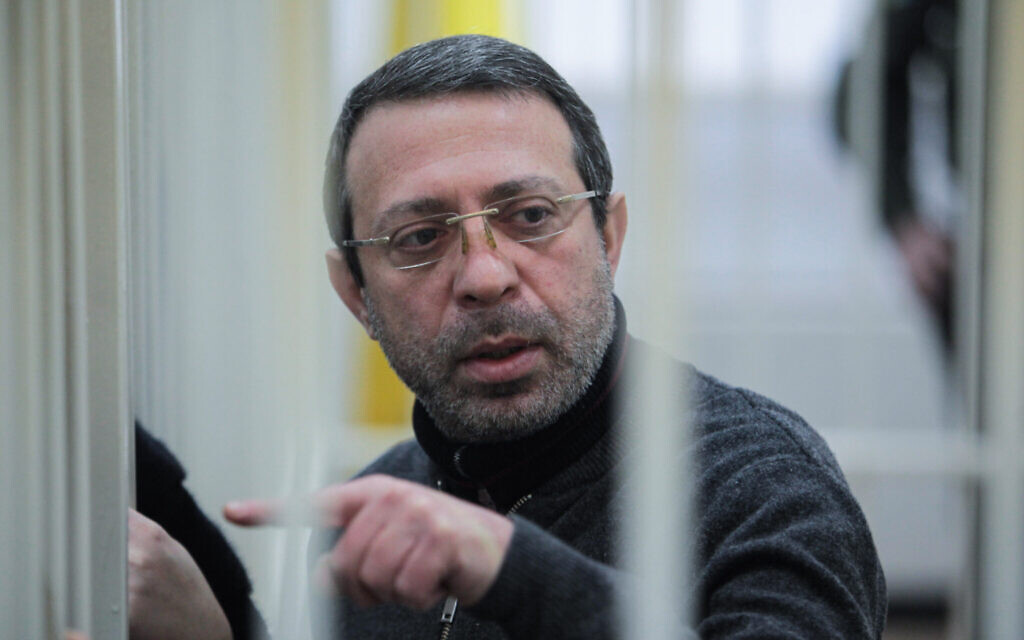 Hennady Korban, who was stripped of his Ukrainian citizenship last month, claims Russian president is aware of the kabbalistic hex and is making military decisions based on it

Wow so pretty much every person in Donbas can be punished with up 15 years in jail.

Wow so pretty much every person in Donbas can be punished with up 15 years in jail.
Click to expand...

This really can only hold true in territory that Russians hold temporarily, before having Ukraine take it bake. I don't think we're going to see much of this.

Catholic
Gold Member
^That was pretty much what we saw in Bucha, except these poor souls got a lot worse than 15 years in jail for taking Russian aid...

Trad Catholic
Any news related to General Valery Gerasimov? There were rumors that he got wounded in may and since then he seems to have disappeared from the public view.

Catholic
Gold Member
That would be the second time around, he was rumored to have been killed back in Spring.

Orthodox
From a Romanian MSM site:

Romania delivered Ukraine military equipment since the fourth day of war, its costs being partially reimbursed by UE

Here is the link. It's in Romanian so you may want to use a translator.
T

Facing a declining and ageing population, Russia has revived a Soviet-era honor and introduced a cash reward for women who give birth to and raise 10 kids.

Orthodox
Excellent analysis from a well-regarded Marine Corps Gazette contributor, as posted by Will Schryver:

A Former US Marine Corps Officer's Analysis of the Ukraine War

TL;DR - The Russian operation vicinity Kiev was in fact a Fix/Feint, and it worked. It allowed Russia to isolate Mariupol and the Donbass from reinforcements. Since the famous "retreat," Russia has methodically destroyed UA forces in Mariupol and is now setting forth a methodical "pound and ground" strategy in the Donbass, effectively if slowly destroying Ukraine's ability to wage war.

Sounds much like we have been commenting here, and is contrary to much of what top US brass has been offering.

Well worth the read.


Russia Shows Off Robo-Dog With RPG At Military Convention​ 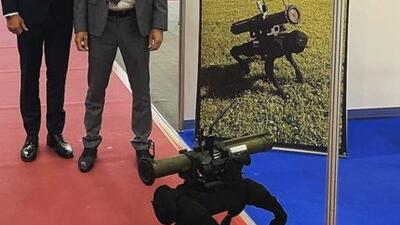 Protestant
These people are twisted. These shells will most likely hit civilians instead.

Catholic
I would't be surprised the internationalists are planning Chernobyl 2.0.

In my world view Chernobyl 1986 was a set-up. It solidified the frame of the USSR as a backward country. Chernobyl was a state-of-the-art facility less than 10 years old. The incident was instrumental in the destruction of the USSR. And solidified the US controlled oil-based economy. It was mostly a propaganda event, the risk was minimal for 10+ years afterwards the reactors on the compound kept working and people are working there daily, still today.

Also back in 1986 there was a Jewish/nationalist movement in the Ukraine which wanted the Russians out. And I wouldn't be surprised they were instrumental in the sabotage.

Today 2022 a nuclear incident could serve the US very well. It could create a newly manufactured no-mans land providing a natural divide between the 2 powers. Push Ukraine 100% to the west. Even larger streams of refugees in Europe. Framing Nuclear as a lethal dangerous technology further pushing the solar/wind industries. It could create an unforgivable conflict further subsidizing the weapons industry and enraging the masses. Would collapse the EU economies caused by this great disaster (giving those in power a way out) and pushing the great reset.

From their perspective, risky, a bold, but not a bad move. This could very well be the next corona, the next lockdowns.

The fear mongering is on.

Nuclear drill in Ukraine to prepare for all scenarios

Nuclear drill in Ukraine to prepare for all scenarios 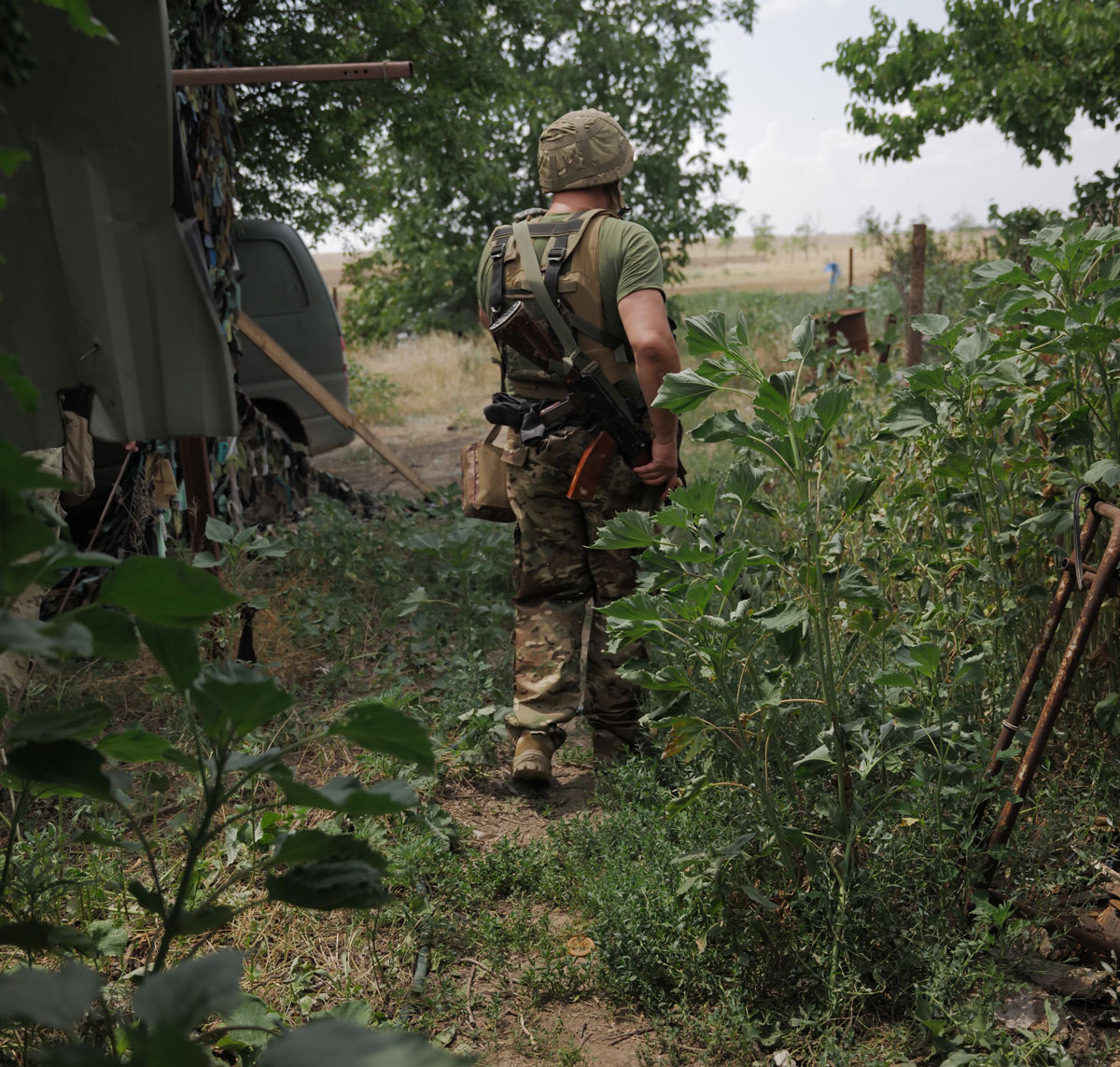 Ukraine war veterans on how Kiev plundered US aid, wasted soldiers, endangered civilians, and lost the war - The Grayzone

“The weapons are stolen, the humanitarian aid is stolen, and we have no idea where the billions sent to this country have gone,” a Ukrainian complained to The Grayzone. In a video sent via Facebook messenger in July, Ivan* can be seen standing next to his car, an early 2010s model Mitsubishi...

“The weapons are stolen, the humanitarian aid is stolen, and we have no idea where the billions sent to this country have gone,” a Ukrainian complained to The Grayzone.​

Last month, Ukraine’s parliamentarians voted to give themselves a 70% salary increase. Filings indicate the raise was enabled and encouraged by the billions of dollars and euros of aid that have poured in from the US and Europe.

we are using our personal cars in the war, and we’re also responsible for paying for repairs and fuel. We’re buying our own body armor and helmets. We don’t have observation tools or cameras, so soldiers have to pop their heads out to see what’s coming, which means at any moment, a rocket or tank can tear their heads off.”

“In Ukraine, people cheat each other even in war,” he said. “I’ve watched the medical supplies donated to us being taken away. The cars that drove us to our position were stolen. And we have not been replaced with new soldiers in three months, though we should have been relieved three times by now.”

The first time I [American doctor] crossed the border from Poland, I had to hide my medical supplies under mattresses and diapers to prevent them from being stolen,” she said. “The border guards on the Ukrainian side will just take things, and tell you, ‘we need this for our war,’ but then, they just steal the items and resell them. Honestly, if you don’t hand-deliver donations to the intended recipients, the items will never reach them.”

[The Doctor saw] 15 trucks of supplies completely disappear
She saw the same kits for sale at a local market days later.

“There won’t be a Donbas left,” he said. “The Russians will destroy it, or they’ll control all of it, and then they’ll move on to the south. And now, as it is, I’d say 80% of the civilians who have stayed in Donbas support Russia and leak all of our location information to them.”

every day, they write that ‘Putin is bad, the Russian soldiers behave very badly…today, the Ukrainian army killed 1,000 Russians and destroyed 500 Russian tanks.’ They get a million followers on Twitter because they lie, and this isn’t real reporting.
Click to expand...

Pointy Elbows said:
Donbass has become a test of Russian Artillery vs. years of Ukrainian trench-work and engineer preparation,
Click to expand...

I would say it's a gruesome endurance contest between Ukrainian flesh and Russian iron.


Pointy Elbows said:
My understanding is that Kramatorsk is about as far west as the trench fortifications go. Can anyone confirm that?
Click to expand...

Barvinkove, west of Slavyansk - there's more than a dozen of interconnected towns and villages along the highway between them, that serve as one large fortification.
And the city of Dnipro (if it comes to it) due to it's industrial history will be a tough nut to crack.
Other than that, the field fortifications outside of Donbas lack the industrial scale and most importantly they lack depth


Pointy Elbows said:
If the Russians can complete their slow grind before summer, it will be a "maneuver battle" to the Dnieper river thereafter.
Click to expand...

Too many variables to make that call. The upcoming rain/mud season puts some pressure on Russian schedule - the sooner they close the sack around Slavyansk-Kramatorsk the better.
So how is it going ?
- from the north. The exact contact line is contested but Russians already have Slavyansk in range of artillery fire.
- from the east. The Siversk-Soledar-Bakhmut line is cracking but it haven't been broken. If I had to guess I would say that we should expect a replay of the Lisichansk scenario - prolonged grind of fortifications, suppression of firing points followed up by a swift assault on those cities, but that's still 2-3 weeks of work ahead.
- from the south. The Marinka-Avdiivka line is broken in Pisky, but the remaining strongholds still offer resistance. Avdiivka won't fall in the foreseeable future, but Marinka is a different story - at least half of it is already under DPR control. Fall of Marinka will have serious consequences - think fall of Popasna level breakthrough.
- from the west. That's an enigma - no idea which road the Russians will take. Could be a small couldron, could be a large one. I think they will go with the path of least resistance, whichever it will be.

Orthodox
You can find trenchlines on regular old google maps by snooping around. I found some near Marinka and Dacha in a snap. I imagine google maps isn't current, so those trenches may have been improved or moved. There are plenty such forts. I can see why this would slow to a bloody crawl.
You must log in or register to reply here.
Share:
Twitter Email Share Link
Top