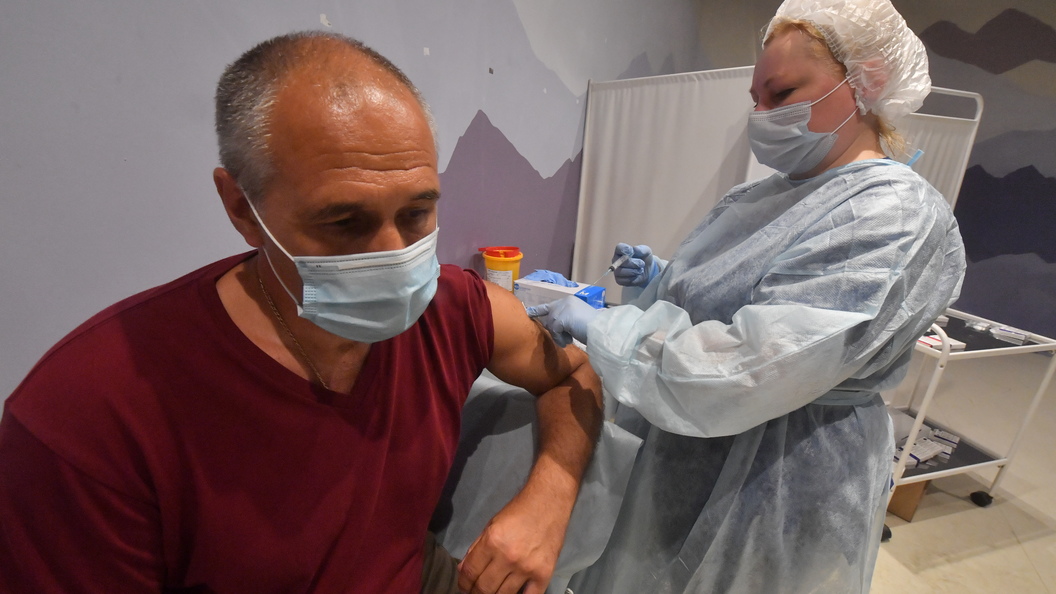 Another point that Russia isn't the perfect state some people want to portray it as. Even though it's better than most, there's still globalist influence.
N

Other Christian
Our so called government really is hell bent on self destruction: 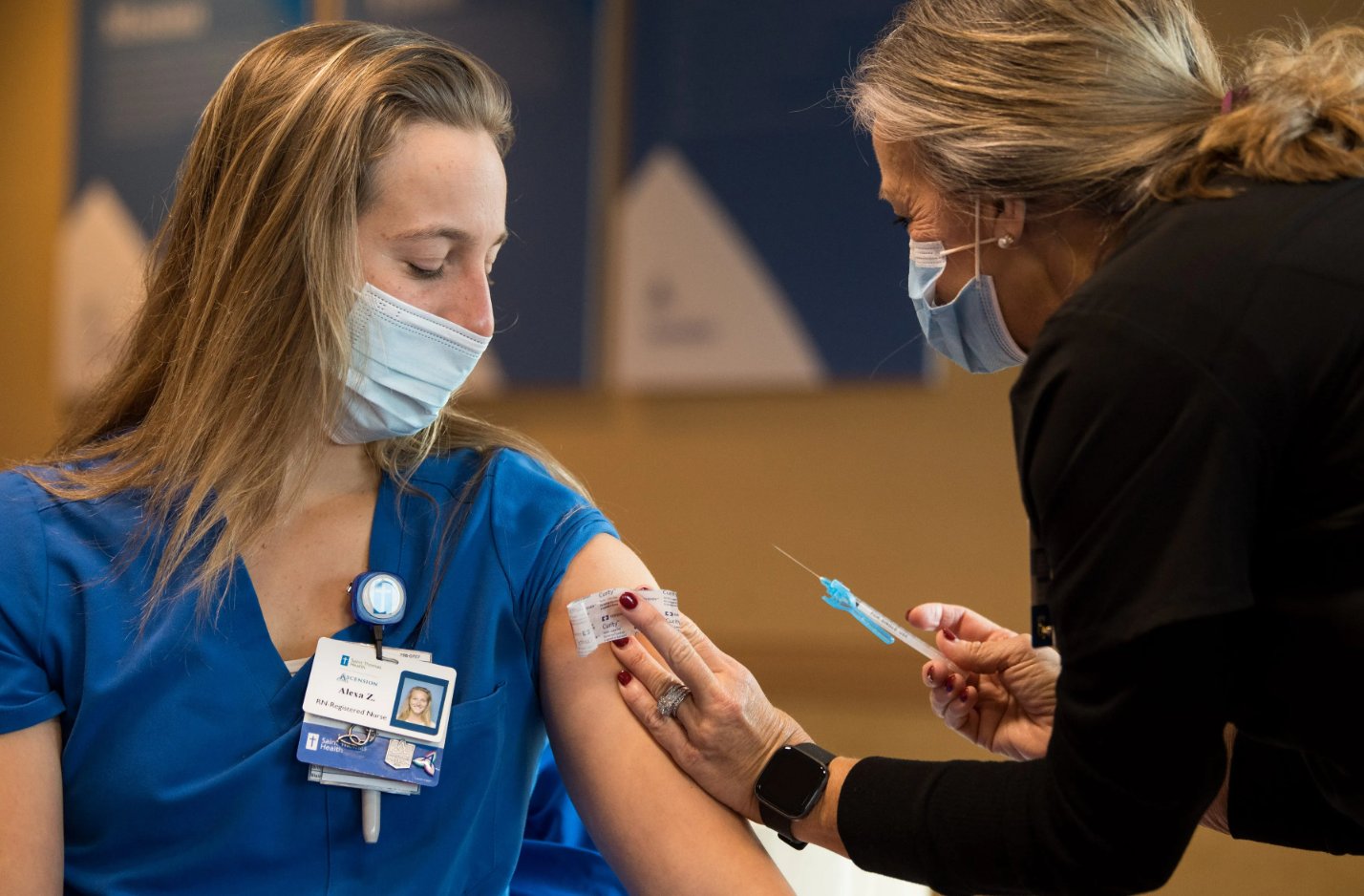 Vaccine Mandate Still Being Imposed on Student Nurses in U.K.

Fascinating to see the great replacement in real time. Wish I could live long enough to read the history books of this period.

'It is also important that physicians work with their patients to manage anxieties related to the vaccine and not enable avoidance behavior.'

Other Christian
Interesting last name of the tweeter for psych meds for those that have jab reservations.... hmm, must be coincidence

That's a bold play for the GOP. Totally hope they stick to it, but we will see how it shakes out. Thank the good Lord I got out in the spring.

Orthodox
Does anyone know when the 5th circuit en banc decision regarding the federal mandate is supposed to come out?

President Joe Biden signed Congress’ annual defense bill for 2023 into law Friday, giving his approval to a bill that overturns his own administration’s mandate that servicemembers must be fully vaccinated for COVID-19.

The National Defense Authorization Act (NDAA) for 2023 authorizes $858 billion in spending on energy programs, the military and procurement, $45 billion more than the Biden administration’s initial request. Biden expressed concerns over several provisions of the act in a statement Friday but made no mention of a GOP-sponsored item overturning the Department of Defense’s service-wide vaccine mandate, despite the administration’s robust opposition to the provision.

“The Act provides vital benefits and enhances access to justice for military personnel and their families, and includes critical authorities to support our country’s national defense, foreign affairs, and homeland security. While I am pleased to support these critical objectives, I note that certain provisions of the Act raise concerns,” Biden said.

The president highlighted a prohibition on closing the detention facility at Guantanamo Bay, as well as provisions that appeared to control or restrict his jurisdiction over disclosure of classified information, sensitive presidential communications and the power to represent the U.S. stance on foreign policy matters, as primary areas of concern.

The military vaccine mandate has been the subject of fierce conflict between the DOD, which asserts that full vaccination status is critical to ensuring the readiness of the force, and Republican lawmakers, many of whom argue that the mandate has exacerbated an ongoing recruiting crisis. Servicemembers alleging religious discrimination for their commanders’ failures to properly consider religious exemption requests have also taken the mandate to court.

The Army, Air Force, Navy and Marine Corps have discharged at least 8,400 active duty and reserve troops for spurning the Department of Defense’s (DOD) August 2021 requirement that all servicemembers receive the COVID-19 vaccine, according to information the DOD provided to the DCNF. While the bicameral defense bill directs the Pentagon to rescind the mandate, it stopped short of requiring the military to restore discharged troops to their prior positions or provide reparations.

Republican lawmakers previously threatened to oppose the NDAA unless it included language effectively overturning the vaccine mandate, but lost out on demands to reinstate discharged troops, according to Defense News.
Click to expand...

Protestant
^ New Axis of Evil? So.... .. I take it she's probably not referring to the New World Order here.

The better part of me feels indignation at what they're doing.

The Machiavellian/Yiddish part of me is rubbing hands at seeing the Wokesters destroy themselves. I know it's wrong and I don't accept those feelings, but I'd be lying if I didn't feel them flash through my mind.
C

Easy_C said:
The better part of me feels indignation at what they're doing.

The Machiavellian/Yiddish part of me is rubbing hands at seeing the Wokesters destroy themselves. I know it's wrong and I don't accept those feelings, but I'd be lying if I didn't feel them flash through my mind.
Click to expand...

Q: How can you tell if someone is a doctor, a fighter pilot or a Notre Dame alum?

A: They will let you know in the first few minutes of the conversation. 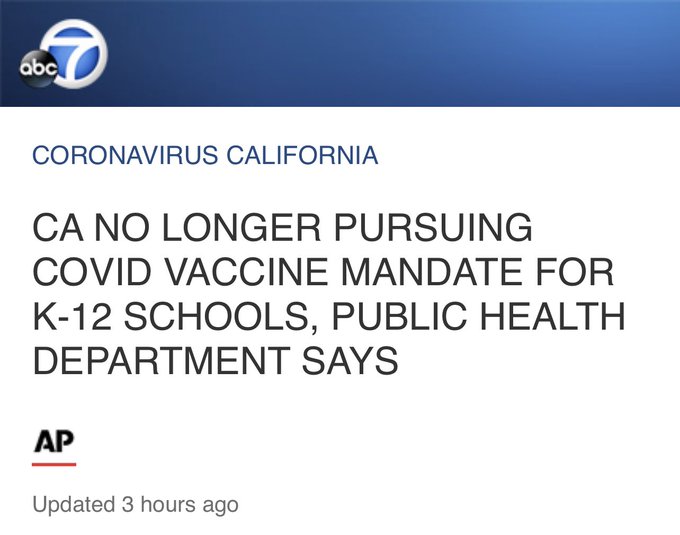 The California Department of Public Health says it's not exploring emergency rules to add COVID vaccine to the list of required school vaccinations.