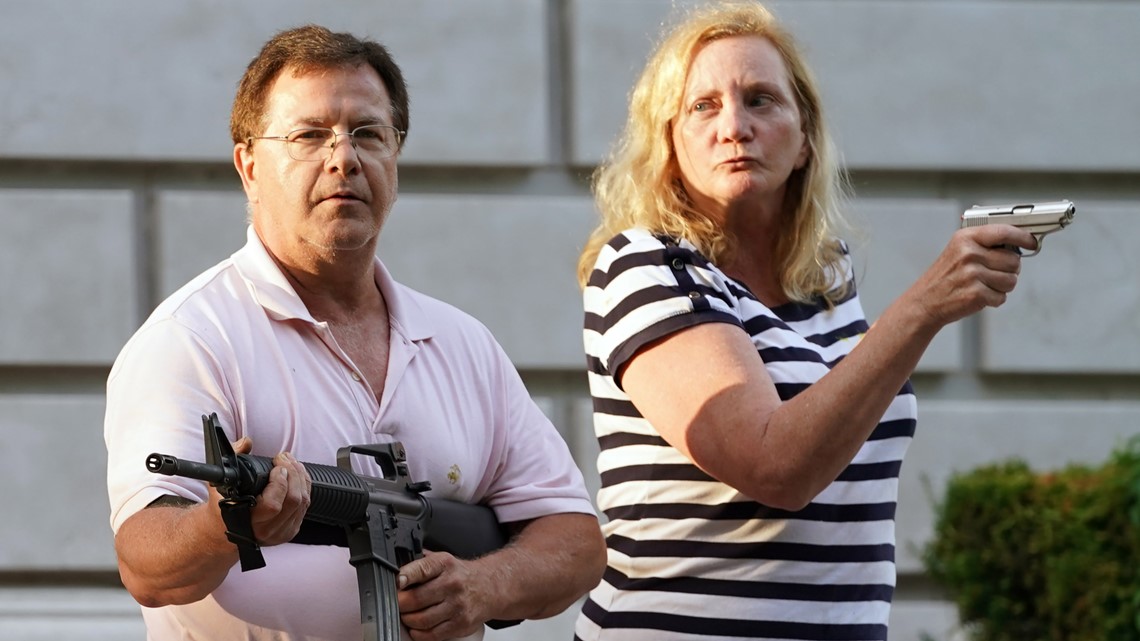 Remember last summer when the BLM riots invaded his house and he took out the guns? Now he is running for senate,

Remember last summer when the BLM riots invaded his house and he took out the guns? Now he is running for senate,
Click to expand...

This guy needs to take his meme photo and out it on every billboard. Instant success.

Also the DA in that case Kim Gardner, (((Soros funded))) is about to get into some trouble over ethics violations involving former Gov Eric Greitens.
E

eradicator said:
“Saving private property “ should be his campaign slogan
Click to expand...

Protestant
Gold Member
It would be great for him to become the winner. The McCloskey couple were clearly targeted by the Soros elected goons for daring to defend their property and safety. The more people that are rewarded for standing up to the Godless.left, the more others become brave enough to follow suit.

Remember, Jordan Peterson became a 'rockstar' for standing up against compelled speech laws in Canada. It doesn't matter where we live. All Western men find ourselves in the same fight. Let's support men who step up and fight.
E

Agnostic
Gold Member
If anyone has a future in politics as a pro 2nd amendment republican, it would be Mccloskey.
Share:
Twitter Email Share Link
Top