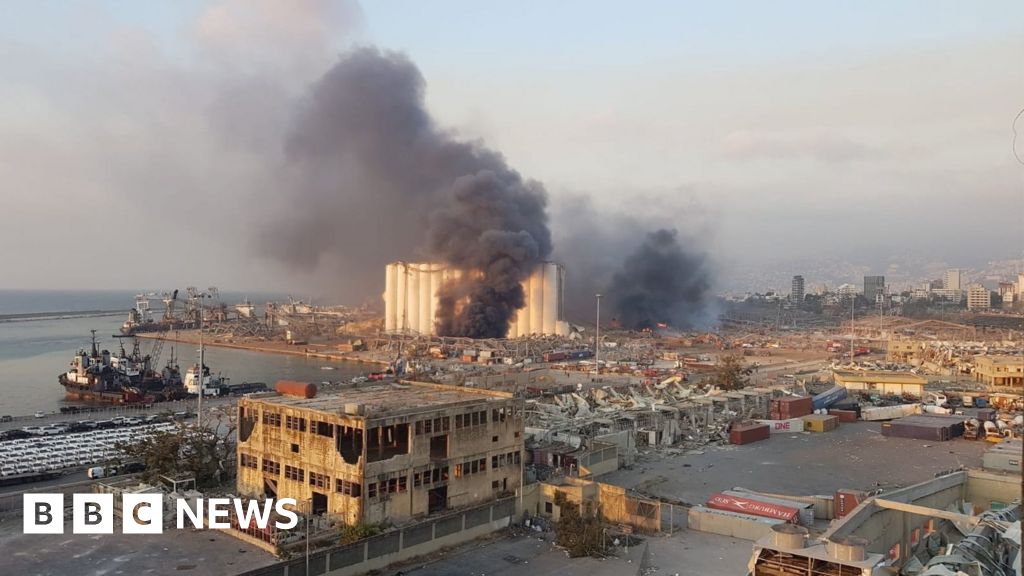 The explosion has caused widespread damage, with hospitals struggling to treat all the casualties.
www.bbc.com

Nothing to see here

delete for duplicate video. Its interesting that the cameraman makes 0 sound compared to similair videos from westerners that constantly scream and curse.

That’s looks like a lot of COVID-19 deaths to me.

The reddish brown mushroom cloud is the best evidence.
J

I'm not convinced it was fireworks. Possibly munitions yes, fireworks, I doubt it. For those saying there are sparks and etc so that proves they were fireworks must not know much about munitions.

Gold Member
There is a series of small explosions, and then one giant, massive explosion with one single gigantic shock wave.

Early guess: a munition deposit used by Hezbolah blown up by Israeli special ops. That's a bit more likely than a fireworks explosion. Also, the firework plant could have been used as a cover for a munitions factory or at the very least a warehouse for weapons shipped in.

Gold Member
I thought it was an inital fire which then ignited the grain elevators. I lived in a city with them before and everyone was always paranoid about them exploding.

Welp, guess we'll find out in seventy years once all the responsible parties are dead and buried.
S

That was pretty bad. one of the vids you can see a car slow down and stop on the road to look at the first explosion. then get engulfed in the second. had they sped away they might have survived.


Lebanon's health minister has said at least 50 people have been killed and more than 2,700 were injured in the twin explosions in a set of televised remarks.
Click to expand...

Lebanon's head of general security has reportedly said the blast was caused by confiscated explosive materials, including sodium nitrate, which was being kept near the port.

Sodium nitrate is primarily used as a preserving agent, but can also be used in pyrotechnics and smoke bombs.
Click to expand... 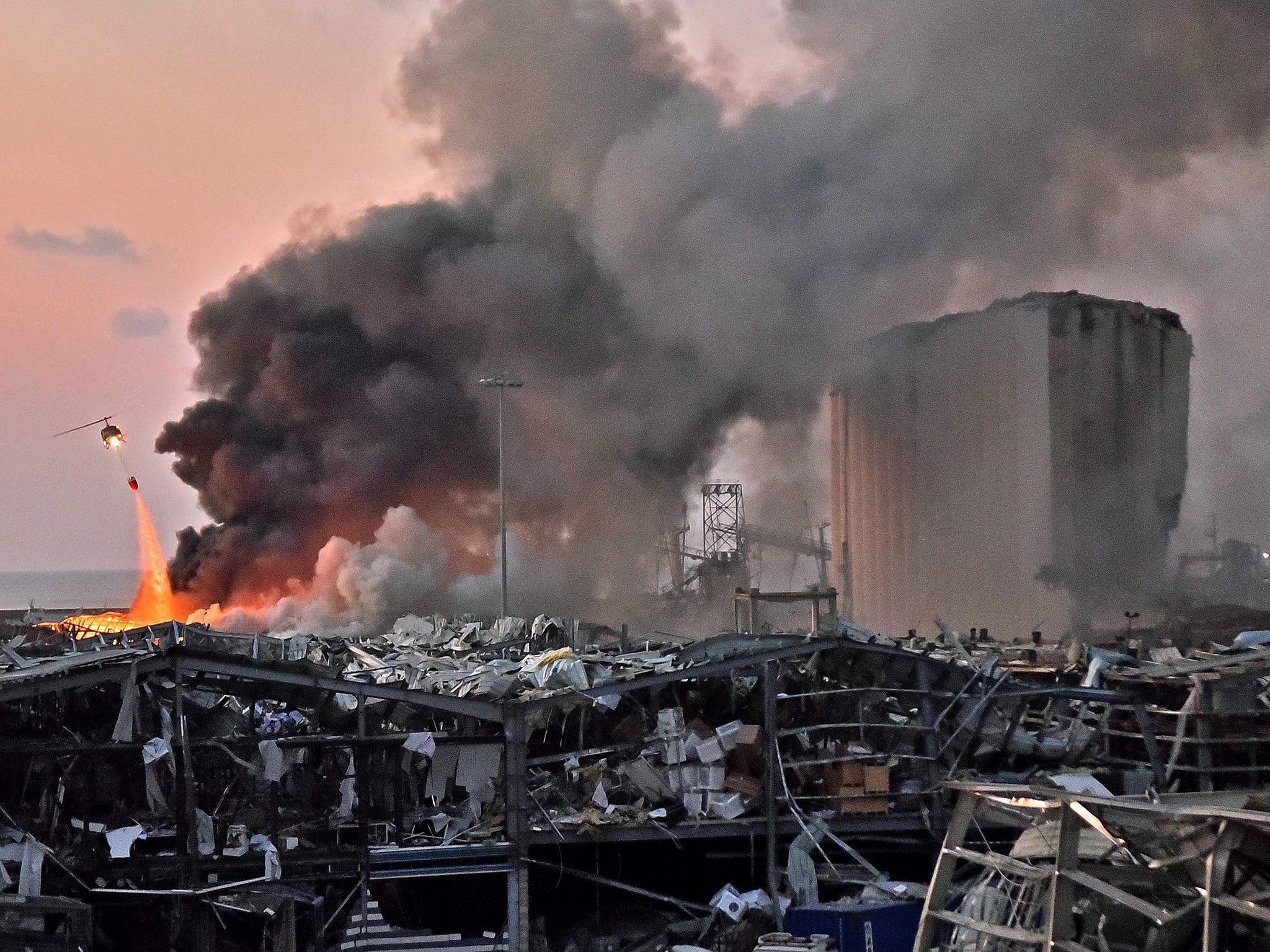 At least 70 dead and over 3,000 injured in Beirut explosions

Civil defence official says bodies are still trapped inside the port, many of them under debris

Here is footage from actual nuclear tests
Click to expand...

Mushroom clouds can form from any large explosion, not just nukes

Nothing on Trump’s twitter feed yet. His silence is telling, not even condolences to the Lebanese people. The first story I was able to find was 6 hours ago, approximately noon EST. He is usually right on it in regards to his Twitter feed.

US President Donald Trump has announced plans to extend the national emergency order for Lebanon “beyond August 1, 2020” citing concerns over the strength of Hezbollah in a statement released yesterday.

The extension, according to the statement, is because of “certain ongoing activities”, including Iranian arms transfers to Hezbollah, which “constitute an unusual and extraordinary threat to the national security and foreign policy of the United States”.

What makes this particular nuke new is the fact that it carries a far smaller destructive payload than the thermonuclear monsters the Trident has been hosting for decades—not the equivalent of about 100 kilotons of TNT as previously, but of five kilotons. According to Stephen Young of the Union of Concerned Scientists, the W76-2 will yield “only” about one-third of the devastating power of the weapon that the Enola Gay, an American B-29 bomber, dropped on Hiroshima on August 6, 1945. Yet that very shrinkage of the power to devastate is precisely what makes this nuclear weapon potentially the most dangerous ever manufactured...

So, the question is does this look like a 5 kiloton explosion? An Israeli mini nuke might be one possible explanation. I sure hope it’s not American. If you Google “reddish brown mushroom cloud” the first results reference nuclear explosions. That is a very distinctive color mushroom cloud, and I speculate that color should tell us what agents were used in the explosion. Perhaps someone with military expertise can comment. 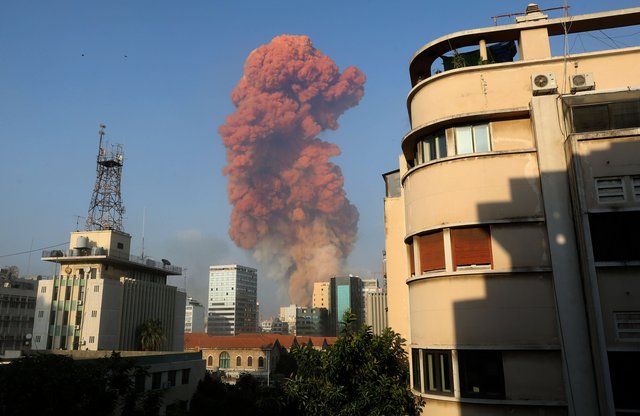 The initial color of some radioactive clouds can be colored red or reddish-brown, due to presence of nitrogen dioxide and nitric acid, formed from initially ionized nitrogen, oxygen, and atmospheric moisture. In the high-temperature, high-radiation environment of the blast, ozone is also formed.
Last edited: August 4, 2020
You must log in or register to reply here.
Share:
Twitter Email Link
Top