According to TMZ, the Houston Association of Realtors (HAR) - which has one black guy in a leadership position - "is no longer using the word "master" to hype bedrooms and bathrooms on its Multiple Listing Service."

Going forward, they will be referred to as "primary" bedrooms and bathrooms, avoiding insensitive and awkward encounters which HAR claims has been "raised and considered for several years," according to the report.

Houston area realtors are still free to use the 'offending' term, however, as HAR's newfound wokeness is just a suggestion.

Given the woke mob's ability to cancel 'offensive' content, concepts and now words, we have a few questions for clarification:

Will the computer industry dispense with 'master / slave' to designate relationships between hard drives?

Will the PGA now hold the Primarys tournament?
Click to expand... 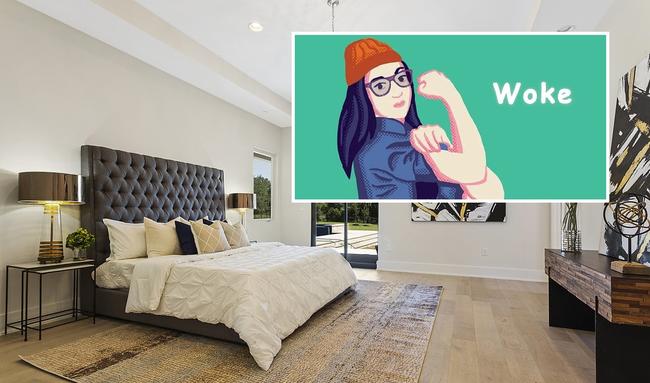 ^I'm guessing this one won't catch on, even with the full court press of SJW nonsense going on now. If they do, look for schools to drop Masters Degrees from their programs.

Let's call them "mistress bedrooms". Then when the feminists get their panties in a wad about it, we'll accuse them of racism.
M

"No seriously. If we’re talking about the most overtly offensive scene in a Park attraction that could pretty easily be changed, it’s this scene in the stretching room. You all know it. The one where the ghost host says “Of course, there’s always my way” and flashes to a hanging body."

"Why is this problematic?
A) It trivializes Suicide as a joke.
B) It’s gruesome
C) It features a noose, which ties in to lynching."

Should Disney Remove Hanging Body Scene from Haunted Mansion? – Inside the Magic

Gold Member
All the people with the surname Masterson should change it to Primaryson.

The elite will always be free to use the term "master" within their secret societies though.

All the nonsense is just for us commonfolk.

Gold Member
Will Mastercard be defunct and overtaken by the Racismcard?

Gold Member
Will Master relays in those pesky polluting cars be changed to Transgender relays since they can handle loads that toggle switches cannot.

I guess there's a fake American senator, Duckworth or something, who's saying we should have a discussion about a damnatio memoriae for George Washington now, so nothing really surprises me anymore. Who knows, maybe there are some evil "rednecks" out there who will put up a fight about it and I salute those guys. Here in Gomorrah where I live on the other hand I expect all the goodwhites to meekly comply.

I've been thinking a lot lately about how white Americans as I know them probably don't deserve to survive as a people, sad as that is.

Gold Member
Welp, in the name of world peace the U.S. Naval Observatory Dept of Defense Master Clock should now become the Dept of Pacifists Subservient Clock.
It's time those racist warmonger white boomers stop going off of such a precise clock with which to time their nukes & military movements with!
That'll teach them!