Pendleton said:
The non-European post-1965 immigration was merely the nail in the coffin of the US. The Eastern and Southern Europeans who got in from 1890-1920 before we shut the border were the ones who delivered the death blow. You see them sprinkled throughout government, academia, media and business starting in the 1920s and their power and negative influence grew from there.
Click to expand...

You have no idea what you are talking about.

There was immigration in the states even before 1890 but blaming eastern and southern europeans in the States for what is happening now is ridiculous. I do not evan like southern Italians and modern greeks in large have nothing to do with Ancient Hellens , nor do I think that Eastern Slavs should migrate in mass to the west, but none of these people are to be blamed.

First of all they were all from Europe and could easily adapt to American culture. On the other hand being from Europe, they wanted to get integrated into the " white" society and not the opposite.

As if Americans of British, German and Other ancestry are better... UK is probably the most degenerated country in Europe while in Sweden the concept of marriage has almost died... in France and Germany mass feminism and cuckoldery rules...

The issue is much deeper and the true rulers of the west and America are some people with a distinct origins from Levant.. half of Congress has a passport from a state over there.

They took America into their hand after the Civil War and sealed the deal with the creation of Federal Reserves.

They are in charge, and not some poor eastern Europeans who came in 1895.

Pendleton said:
The non-European post-1965 immigration was merely the nail in the coffin of the US. The Eastern and Southern Europeans who got in from 1890-1920 before we shut the border were the ones who delivered the death blow. You see them sprinkled throughout government, academia, media and business starting in the 1920s and their power and negative influence grew from there.
Click to expand...

Sure a few anarchists snuck in through Ellis Island but the majority of these people didn't flinch to join the war effort in WWII. Most are capitalist and a sizable portion are staunchly religious who oppose clown world. In fact, the descendants of those Southern Europeans were the only ones to defend statues and memorials during the recent rioting. Not to mention those from Eastern Europe vehemently opposed the Helsinki Accords saying it was a surrender of their ancestral homelands to communism.

The majority of the immigration to the Upper Midwest was German and Scandinavian and yet look at Des Moines, Madison and Minneapolis today.

In this experiment, a Biden fan and All Refugees welcome activist loudly announces how wonderful it is to take in refugees. And they are already on their way - his reaction says everything you need to know about the hypocrisy of the do-gooders.

So, no matter who wins next month, we are likely witnessing the end of an era in American politics.
www.sctimes.com

The Nov. 3 election will almost certainly be a turning point for our country no matter who wins. It will also likely be the last presidential election cycle in which the familiar demographic and ideological divisions we’ve grown accustomed to will apply.
...
The Pew Research Center recently published a demographic study that found the percentage of non-Hispanic white voters had declined in all 50 states since 2000, significant because all major voter groups except whites lean Democratic.

Ultimately 75% of net growth in the electorate since 2000 has been from non-white voters. As the pool of eligible voters becomes increasingly diverse racially and ethnically, the ability to win national elections on a foundation of mainly white voters will fade.
...
Finally, while the overall gender balance of the population remains fairly stable, voting patterns may not. Since the mid-1980s, women have voted at modestly higher rates than men (a four-point difference in 2016) and that pattern will likely continue. The partisan divide is expanding among women though, with Pew reporting 56% of women identifying as Democrats and only 38% as Republicans in 2019; the comparable figures for men were 50% vs 42%.

The combination of these trends suggests the 2020 election may be the last in which a national candidate can hope to win by targeting primarily older, white, conservative voters. By 2024, those voters will simply not represent a large enough block to secure victory without building a much wider coalition.

Woman
Multiculturalism creates racial strife, crime, and an unnecessary economic burden, and destruction of our way of life.

Gold Member
My general idea of these DACA douches is that they had 8 years under obama to rubber stamp their citizenship and specifically chose not to so they weren’t on the books. Didn’t have to pay taxes didn’t have to worry about any obligations as citizens. Now that it’s catching up to them they are all crying for pity....

Do I have that correct?

I was talking to this Albanian chick a while back who was trying to get me to feel sorry for her about it, chicks family has been here for 30 years and didn’t become citizens because it benefitted them not to be citizens and now I’m supposed to feel bad for you? My parents, aunts, uncles and a lot of my relatives were immigrants the first thing they did was get their citizenship it was the most important thing possible. I called her out on it and she just felt dumb, didn’t even have an excuse. Weirdo half deformed brainless Albanian girl.....just like all of them. Never met a normal Albanian person in my life, all of them either super awkward weirdos or super crazy criminals nothing in between.
P

From the latest dispatches from clown world, DACA has been ordered reopened. Contrast the actions of the judiciary when it comes to protecting illegal migrants vs. their actions to prevent voter fraud. 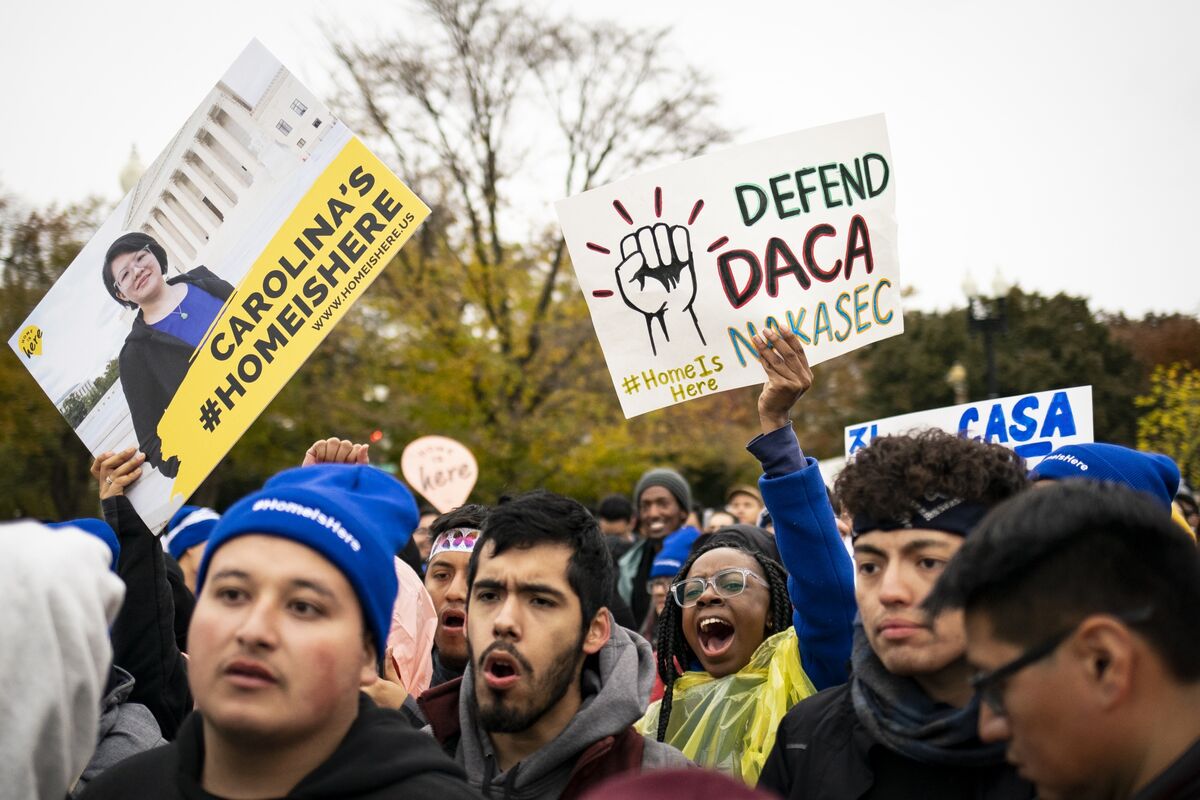 The Trump Administration must fully restore the so-called Dreamers program that protects undocumented immigrants brought to the U.S. as children, a federal judge ruled Friday, opening the door to new applicants for the first time since 2017.

Orthodox
House unanimously votes to grant temporary protected status to Hong Kong residents. This will allow them to realistically stay here forever under a theoretical Biden administration. Again, no Republicans oppose a mass migration bill. There are 7.5 million Hong Kongers.


Meanwhile the Georgia governor literally sells out his state to China.


This is an open war against the American people. We are being relegated to slaves. We're the only ones who pose a threat to the elites, so they are doing everything to destroy us. Births in 2021 are expected to be down by hundreds of thousands, while the immigration floodgates are being opened on us.

The new wave of immigrants definitely will vote for whoever keeps their handouts going but what this jackass doesn't realize is that most immigrants are actually extremely conservative and hate everything he stands for.

Police and military in Guatemala stopped the caravan of refugees on their way to the border between Mexico and the United States.

After Joe Biden declared the U.S. an immigration country for illegals, hundreds of thousands of migrants have made their way to the United States. Here you can see footage from Panama. Biden's announcement has not failed to have its pull. 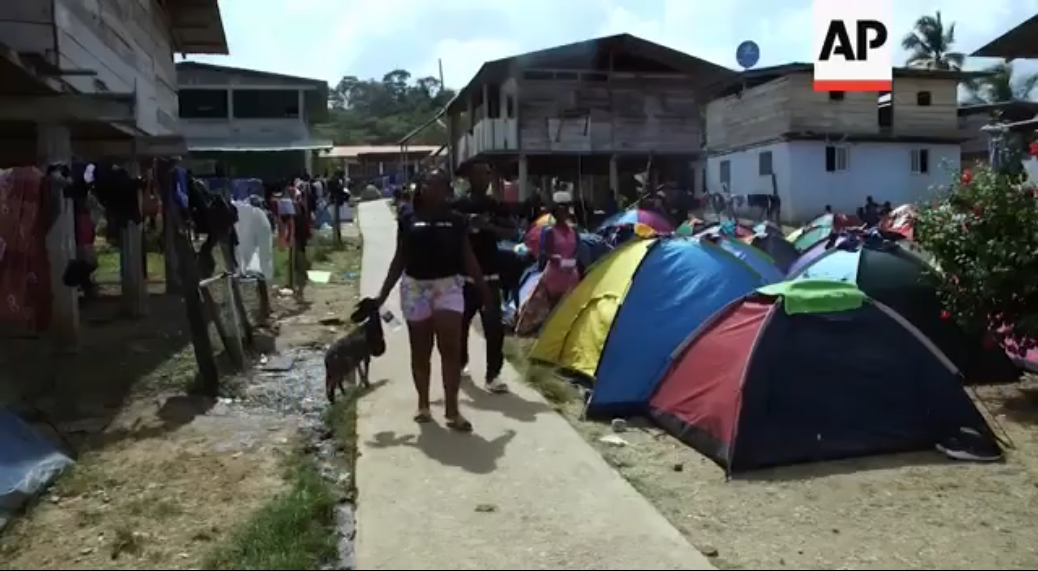 acco said:
After Joe Biden declared the U.S. an immigration country for illegals, hundreds of thousands of migrants have made their way to the United States. Here you can see footage from Panama. Biden's announcement has not failed to have its pull.

I just see a bunch of future GOP voters and Christian converts. /s

I've been reading Lothrop Stoddard's "The Rising Tide of Color Against White World Supremacy" over at unz.com and this passage, describing Europe after WW1, really got me:

The extraordinary turmoil of the European soul is strikingly set forth by the French thinker Paul Valery.

“We civilizations,” he writes, “now know that we are mortal. We had heard tell of whole worlds vanished, of empires gone to the bottom with all their engines; sunk to the inexplorable bottom of the centuries with their gods and their laws, their academies, their science, pure and applied; their grammars, their dictionaries, their classics, their romantics and their symbolists, their critics and their critics’ critics. We knew well that all the apparent earth is made of ashes, and that ashes have a meaning. We perceived, through the mists of history, phantoms and huge ships laden with riches and spiritual things. We could not count them. But these wrecks, after all, were no concern of ours.

“Elam, Nineveh, Babylon were vague and lovely names, and the total ruin of these worlds meant as little to us as their very existence. But France, England, Russia–these would also be lovely names. Lusitania also is a lovely name. And now we see that the abyss of history is large enough for every one. We feel that a civilization is as fragile as a life. Circumstances which would send the works of Baudelaire and Keats to rejoin the works of Menander are no longer in the least inconceivable; they are in all the newspapers….
Click to expand...

PJB weighs in on the illegal aliens streaming across our border...

The Emerging Existential Crisis at the Border

Among the recent border-crossers, who are transported by bus to detention centers, where they remain for 72 hours and then are released to travel where they wish, many are carrying the coronavirus.…

In February, some 100,000 immigrants were apprehended by the Border Patrol for illegal border crossing. “I actually think that’s an undercount,” says Victor Manjarrez Jr., ex-Border Patrol agent who teaches at Texas University.

Children and families who cross illegally from Mexico cannot now be held for more than 72 hours. They are being released into the U.S. to await a court date — potentially years off — to hear their claim to a right to be here. Most never show up.

“We are weeks, maybe even days, away from a crisis on the southern border,” says Rep. Henry Cuellar, a Democrat whose Texas district abuts Mexico. “Our country is currently unprepared to handle a surge in migrants in the middle of the pandemic.”

Congressional Democrats, following Biden’s lead, have proposed a new citizenship act. “Dreamers,” brought here by their parents as children, would be put on a three-year fast-track to U.S. citizenship.

The 11 million to 22 million illegal migrants already in the country — the exact number is unknown — would be put on an eight-year track to citizenship.

The Democratic Party is signing on to the largest mass amnesty for illegal immigrants in history — which would produce millions of new voters for the party.

In a decade, Texas, the Southwest and much of the South would take on the political aspect of California where the GOP has become a permanent minority party.

America is headed, seemingly inexorably, to a future where a majority in this country traces its ancestry to Asia, Africa and Latin America, a future where this already fractionated nation is even more multiracial, multiethnic, multilingual and multicultural than today.

With racial conflict as sharp as it has been in decades, with our political parties at swords point, with the culture war raging unabated, as mobs tears down statues and monuments to America’s founders, exactly what national problem will be solved by an unstopping and unrelenting wave of migrants illegally crossing the border into our country year after year?

One wonders: Is this how the Republic ends?

Orthodox
Gold Member
Translation: "I'll have to just circle back with you on that."

Basically, someone or a group is organizing and funding the South America's caravans. Psaki knows what's going on.