Catholic
I’ve been actively disassociating from the country’s news, I wish I didn’t read this thread lately

Renzy said:
PJB weighs in on the illegal aliens streaming across our border...

The Emerging Existential Crisis at the Border

Among the recent border-crossers, who are transported by bus to detention centers, where they remain for 72 hours and then are released to travel where they wish, many are carrying the coronavirus.…

In February, some 100,000 immigrants were apprehended by the Border Patrol for illegal border crossing. “I actually think that’s an undercount,” says Victor Manjarrez Jr., ex-Border Patrol agent who teaches at Texas University.

Children and families who cross illegally from Mexico cannot now be held for more than 72 hours. They are being released into the U.S. to await a court date — potentially years off — to hear their claim to a right to be here. Most never show up.

“We are weeks, maybe even days, away from a crisis on the southern border,” says Rep. Henry Cuellar, a Democrat whose Texas district abuts Mexico. “Our country is currently unprepared to handle a surge in migrants in the middle of the pandemic.”

Congressional Democrats, following Biden’s lead, have proposed a new citizenship act. “Dreamers,” brought here by their parents as children, would be put on a three-year fast-track to U.S. citizenship.

The 11 million to 22 million illegal migrants already in the country — the exact number is unknown — would be put on an eight-year track to citizenship.

The Democratic Party is signing on to the largest mass amnesty for illegal immigrants in history — which would produce millions of new voters for the party.

In a decade, Texas, the Southwest and much of the South would take on the political aspect of California where the GOP has become a permanent minority party.

America is headed, seemingly inexorably, to a future where a majority in this country traces its ancestry to Asia, Africa and Latin America, a future where this already fractionated nation is even more multiracial, multiethnic, multilingual and multicultural than today.

With racial conflict as sharp as it has been in decades, with our political parties at swords point, with the culture war raging unabated, as mobs tears down statues and monuments to America’s founders, exactly what national problem will be solved by an unstopping and unrelenting wave of migrants illegally crossing the border into our country year after year?

One wonders: Is this how the Republic ends?
Click to expand...

The Republic is already gone. The newcomers are just a new slew of parasites/scavengers here to feast on the carcass.

This may have been addressed in an earlier post but where are these people going to sleep once they
get released?

I believe it is obvious, as plain as the nose on the end of my face, the people in charge, the "leaders" if you will make no bones about it. They are actively working to destroy this country. They intend to do it right away as soon as possible. I do not differentiate between right or left, republican or democrat or what have you. Take a look at the Texas governor's video posting about GAB being anti semitic and does not reflect Texas values. WHY is there an Israeli flag behind him? WHY are our leaders flying the flag of another country behind them? These people are traitors but they put that label on us.

While at the park this morning,meditating, it occured to me that many of us sane and decent people are being made Outlaw, in the old sense of the word. Pushed out of society, to be hunted and killed by anyone. We do not fit into today's world, and frankly, I do not want to.

If there is ever any more doubt, Satan is on the job, this invasion will not be peaceful and there will be blood as planned. We are being attacked on all fronts but even so, in the end there is only one King.

Hatred of Whites is Real. It's Growing. There IS a Solution. - Christian Nations

I read something this morning that disturbed me deeply. So deeply that my initial instinct was to pretend I did not read it. But I did. And then I wanted to ignore it — and hope it went away. But … Continue reading →

Timothy Crow said:
If there is ever any more doubt, Satan is on the job, this invasion will not be peaceful and there will be blood as planned. We are being attacked on all fronts but even so, in the end there is only one King.

Hatred of Whites is Real. It's Growing. There IS a Solution. - Christian Nations

I read something this morning that disturbed me deeply. So deeply that my initial instinct was to pretend I did not read it. But I did. And then I wanted to ignore it — and hope it went away. But … Continue reading →

"This religious concept is fleshed out in the model curriculum’s official “ethnic studies community chant.” The curriculum recommends that teachers lead their students in a series of indigenous songs, chants, and affirmations, including the “In Lak Ech Affirmation,” which appeals directly to the Aztec gods. Students first clap and chant to the god Tezkatlipoka—whom the Aztecs traditionally worshipped with human sacrifice and cannibalism—asking him for the power to be “warriors” for “social justice.” Next, the students chant to the gods Quetzalcoatl, Huitzilopochtli, and Xipe Totek, seeking “healing epistemologies” and “a revolutionary spirit.” Huitzilopochtli, in particular, is the Aztec deity of war and inspired hundreds of thousands of human sacrifices during Aztec rule. Finally, the chant comes to a climax with a request for “liberation, transformation, [and] decolonization,” after which students shout “Panche beh! Panche beh!” in pursuit of ultimate “critical consciousness.”


It's basically a kabbalistic satanism version of Aztec religion, although the original version, like many pagan cults, is pretty close to satanism.

Renzy said:
The Democratic Party is signing on to the largest mass amnesty for illegal immigrants in history — which would produce millions of new voters for the party.
Click to expand...

I was about to say, can't they just print up/generate the amount of required votes?

Protestant
These employers then rejected the visas the government offered them.

Orthodox Inquirer
Flight landed with the first group of 20,000 Afghans to arrive in the USA. 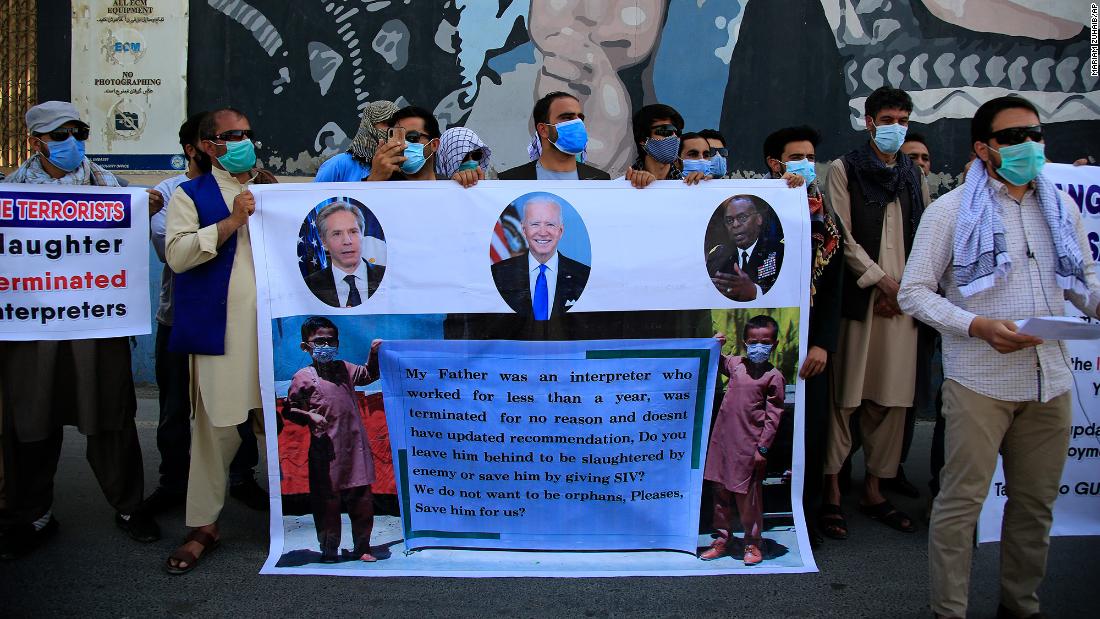 The first group of translators and interpreters who helped US soldiers and diplomats in Afghanistan arrived in the US on Friday, even as thousands more wait in Afghanistan in increasing fear of Taliban reprisals.

Coming to enrich you soon.
Of course, these Afghan traitors have no other country--they would be killed in their own country for siding with Globohomo invaders.

Protestant
Here's a win for once.

Garuda said:
Here's a win for once.

The administration will just ignore it and keep doing whatever it wants.

Orthodox Inquirer
I mean, it's a step back to the status quo, I wouldn't call it a "huge blow" but I'll take it.

Protestant
That win was cancelled out today after an immigrant judge struck down the law that made it illegal for deported people to reenter the US.