Mr Freedom said:
Have to disagree

Globalhomo loves Buddhists more than Muslims. Just look at major celebrities they are all into Zen, Nirvana, Dharma and all that stuff. Aang Sang Suu Kyi still had a lot of support from typical white liberal types even when she was ethnically cleansing Muslims.

I guess mistreating Muslims is okay as long as Brown people are doing it. India does not get much criticism from Western liberal types either and their PM Modi just signed a law outlawing Muslim-Hindu marriage, put Kashmir under a total curfew and was basically held responsible for the Gujurat Riots/Massacre back in 02 that led to thousands dead.

Trump on the other hand was pretty much labelled a new hitler for something as mundane as a flight ban
Click to expand...

Disagree. Modi gets incredible amounts of hate. He is taking direct action that we wish Trump took in the US. The propaganda machine is strong against Modi.

There is also fake fashionable Buddhism, and the real culture. Only one is supported.
E 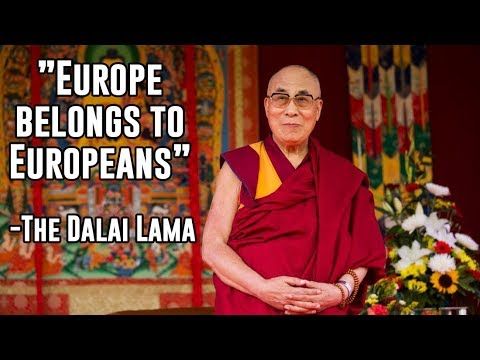 Elections are allowed and Aung Sun Kyi is elected as the President.

The military steps up and deposes President Aung Sun Kyi.

Western countries whine against the military dectatorship for seizing power and assaulting democracy.

Crossposting this here from the US 2020 Election Thread. (@budoslavic) 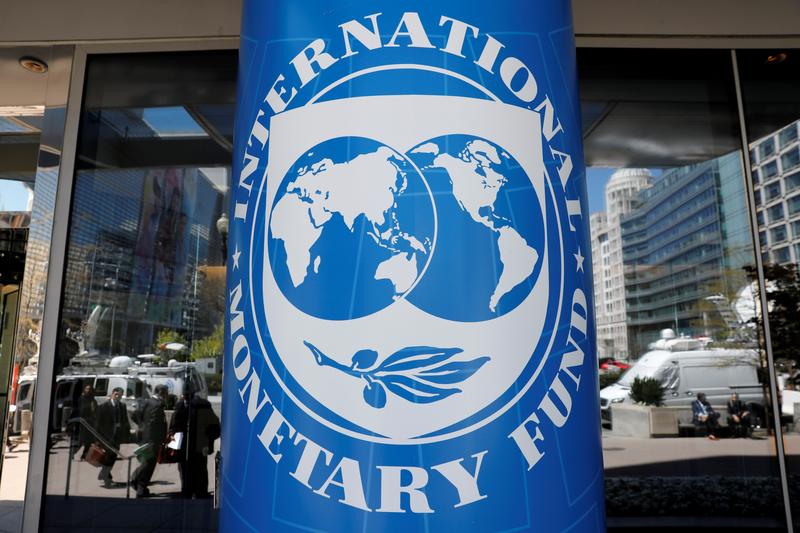 The International Monetary Fund last week sent $350 million in cash to the Myanmar government, part of a no-strings-attached emergency aid package to help the country battle the coronavirus pandemic. 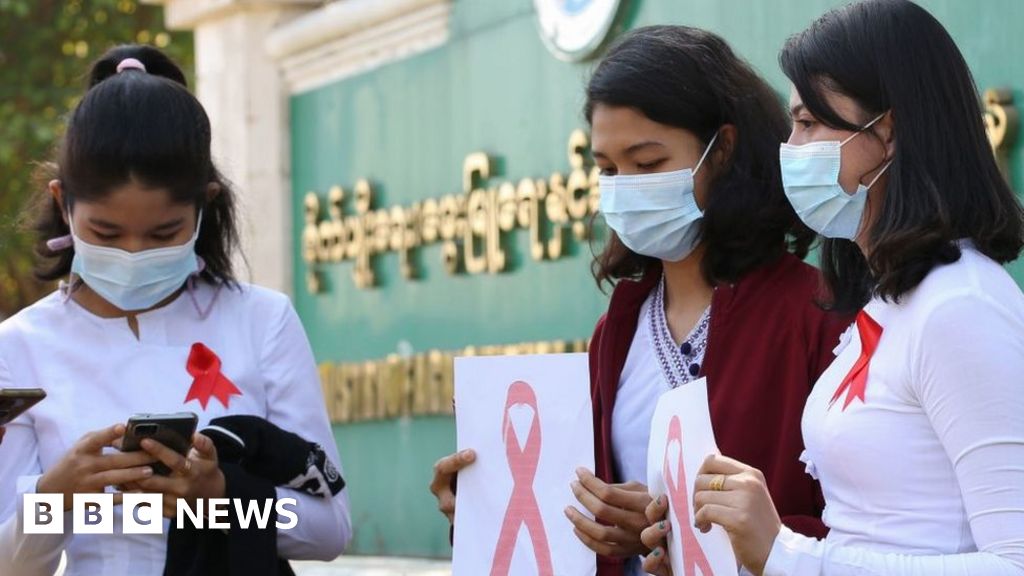 Facebook, for many the main source of online information, is being used to oppose the coup.
www.bbc.co.uk

Slim Shady said:
Disagree. Modi gets incredible amounts of hate. He is taking direct action that we wish Trump took in the US. The propaganda machine is strong against Modi.

There is also fake fashionable Buddhism, and the real culture. Only one is supported.
Click to expand...

What type of direct action are you referring to?

Also what is up with those farmer protests in India?
W

La Águila Negra said:
What type of direct action are you referring to?

Also what is up with those farmer protests in India?
Click to expand...

So... let's make this simple. Let me get this straight. India is being humanitarian by offering refuge to persecuted minorities in India... and people have a problem with it because it excludes Muslims who don't get persecuted for their religion anywhere??? I saw that Mike Pompeo (Trump's...

Orthodox Inquirer
Gold Member
Looks like this thing is not kosher.

Orthodox Inquirer
Major correction: The Myanmar constitution allows the military to legally hold executive power for periods up to 1 year in cases such as this. It's something the Myanmar people foresaw and thought important and routine enough to explicitly write this option in to their government's rules.

Even mainstream American media has reluctantly acknowledged this. I heard a story on NPR the other day with some Indian-American complaining about this horrible "military coup" and "attack on democracy" and then a couple of minutes later muttered that they actually did so "under a loophole in the Constitution" (otherwise known as a legal action).

I know almost nothing about Myanmar (except that America is the weird singular holdout that still calls it Burma), but it was under military rule for 50 years since the 1960s because globalism dictates that British Colonial Rule was just horrible, and it must be better to be ruled by armed troops than an organized British bureaucracy. Myanmar has only had a civilian government since 2011, so I would hardly call its experiment in democracy "successful."

I don't know whether this is good or bad for the Myanmar people, but it is legal and lawful. What I do know, is that the narrative fed to me by western media and the American government, the two most untrustworthy institutions on the planet, is to be completely ignored. I'm no fan of military rule, or even electing military men as political leaders but anyway it's up to the Myanmar people, not shitlibs in America.

This is not a coup, since the definition of coup includes the component of illegality.

Hopefully the few non compromised non western nations out there will learn from this and unplug from western media.

Hopefully the few non compromised non western nations out there will learn from this and unplug from western media.
Click to expand...

There are no 'nationwide riots', only small localised protests organised by fifth column sell outs. Obviously they get plenty of airtime on CNN, BBC and whatever other Sorosite channel, but that doesn't change the situation on the ground one bit.

The takeover was swift, bloodless and successful. It is fortified with every passing day, as above news items show. The USA has become a powerless paper tiger and China seems to have given the OK nod.

As for globohomo indoctrination, you are reasoning from a defeatist perspective. I consider things to be exactly the opposite. Globohomo indoctrination is so anti-natural order, anti-common sense and anti-God that it needs constant validation, confirmation and renewal. The fact that their propaganda is so intense is because these ideas don't carry any intrinsic value.

Pull the plug and people will return to their natural state of being. Those that are beyond saving can pound sand, or concrete in this case, in a moisty dark dungeon somewhere in an abandoned stadium in Rangoon.

La Águila Negra said:
As for globohomo indoctrination, you are reasoning from a defeatist perspective. I consider things to be exactly the opposite. Globohomo indoctrination is so anti-natural order, anti-common sense and anti-God that it needs constant validation, confirmation and renewal. The fact that their propaganda is so intense is because these ideas don't carry any intrinsic value.

Pull the plug and people will return to their natural state of being. Those that are beyond saving can pound sand, or concrete in this case, in a moisty dark dungeon somewhere in an abandoned stadium in Rangoon.
Click to expand...

I agree with this. Our position is the natural one, theirs requires constant immersive propaganda.
P

DanielH said:
I agree with this. Our position is the natural one, theirs requires constant immersive propaganda.
Click to expand...

Even constant immersive propaganda is not effective when increasing numbers of people can see it is propaganda. The media did not have much legitimacy left to begin with and whatever they still had they squandered in 2016-2020. Look at how Trump increased his total votes by 12 million in 2020 vs. 2016 in the face of non-stop negative propaganda.

This is indeed a very interesting angle. Glad to see the Myanmar military took action to stop the Globohomo's plan.

TOKYO -- As news of the military coup in Myanmar reached the halls of the Bank of Japan, staff raced to gather information about the ongoing developments.

"They have apparently kicked out the central bank governor as well." The shocking news was passed up the command chain at the head office in Tokyo's Nihonbashi district.

It is unclear what happened to former central bank chief Kyaw Kyaw Maung, but deputy governor Bo Bo Nge has been detained, according to media reports. Than Nyein, who served as central banker under the previous junta before the first free election in decades in 2015, has been reappointed to the role.

The Bank of Japan, like most central banks around the world, is watching carefully, to see how the military leaders could affect bilateral and regional cooperation on monetary policy and financial stability.

The move brought back stark memories of the country's decades of military rule, when it was closed off from much of the world. The period of isolation began to change when the military embraced reforms at the beginning of the last decade, with foreign investors flooding into the largely untapped market rich with natural resources.

Japanese companies and financial institutions made significant inroads in Myanmar in the past decade, expecting the market to grow rapidly as it moved toward democracy.

Public and private Japanese players helped Myanmar build its financial and market infrastructure. The Japan International Cooperation Agency contributed to the core systems at the Central Bank of Myanmar, as a joint project with NTT Data and the Daiwa Institute of Research.

The BOJ shares deep connections to the Central Bank of Myanmar as well. It has trained staffers for the Myanmar bank at its head office in Tokyo, and assigned its alumni to advise the Myanmar bank.

What brought Myanmar deeper into the region's fold was the Chiang Mai Initiative. The currency swap agreement, designed so members assist each other with liquidity in times of crisis, originally launched with Japan, China, South Korea and five countries in Southeast Asia. The remaining members of the Association of Southeast Asian Nations, including Myanmar, have since joined the framework.

Myanmar formally joined the Chiang Mai Initiative in 2010, during BOJ Gov. Haruhiko Kuroda's tenure as president of the Asian Development Bank. The ADB on Feb. 2 issued a statement saying it was "deeply concerned about the current situation in Myanmar, which could constitute a serious setback to the country's transition and development prospects."

The U.S. has decided to impose sanctions on Myanmar military officials over the coup, while China, a major economic partner for Myanmar, has largely kept silent.

Turning back the clock on democracy could affect future public and private investments in Myanmar. There is also concern over how the coup can affect Myanmar's membership in the Chiang Mai Initiative.

"The initiative is an important link for Myanmar to the international community, but the country may have a harder time using it under protracted military rule," a source at the BOJ said. Some at the Japanese bank worry that developments in Myanmar could undermine international monetary cooperation.
Click to expand... 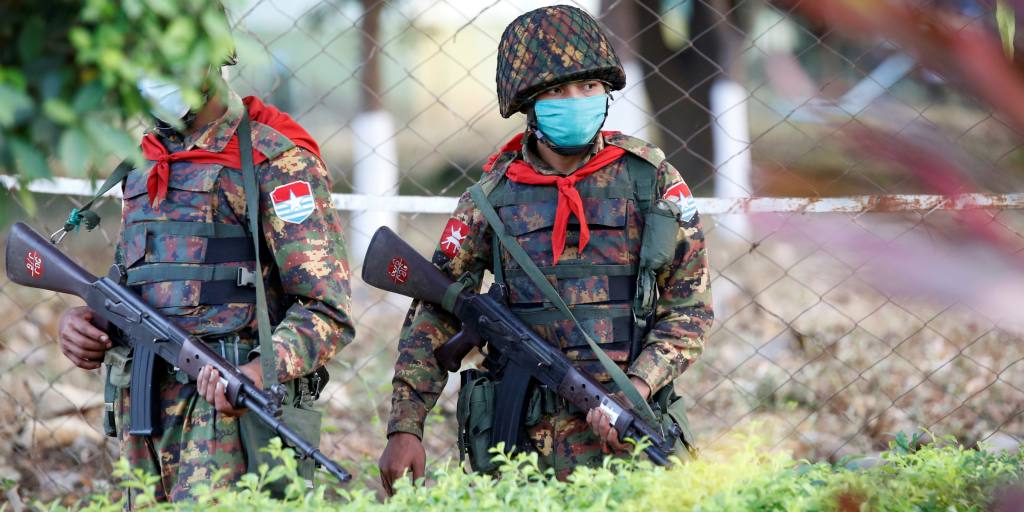 Protestant
Yesterday the military opened fire on protestors in Mandalay

Imagine wanting your country to be a gay cultureless economic zone like the west so bad you're willing to die for it... Also seems possible to me they could have been using rubber bullets or something like that. Protesters and governments alike aren't known for their honesty.

I am blown away by the turn around in Cynthia McKinney. In the 90's she was a congresswoman from Georgia, and was like a cross between AOC and Maxine Waters. She was a rabid, outspoken, hardcore leftist. Now she is one of us judging by what I've seen from her recently.