Suits said:
In one humorous example (that a sibling later told me about), she responded to a discussion about why beer bottles are usually green or brown, by stating that degradation of the beverage due to the sun's ultraviolet rays may have been a problem in the past, but at the present time, choices in bottle colour are due simply to tradition. This is patently untrue, as far as I'm aware, but my mom never wastes an opportunity to try to sound smart even in situations where she has literally no knowledge of a subject.
Click to expand...

-Brown bottles are the best at filtering out uv light.
-During WW2 there was a brown glass shortage, so 'premium' brewers used green glass to distinguish their beer from cheap clear glass brands.
- These days all colours of beer bottles have a uv protection coating.
Click to expand...

Yeah, but she probably didn't even know she was, because in her case it didn't matter.

That is my point. If she was correct it would be completely random chance. She regularly offers opinions that she believes to fact on topics that she has no knowledge of.

This is largely because she's not really knowledgeable on any actual topic, aside from childbirth, Meyers-Briggs, diapers, childbirth and childbirth, but views herself as an intelligent intellectual. This leads to a lot of over-compensation on her part. She's also in a small, under educated town where literally everyone is dumber than her.

I did, however, discovered a number of years ago in Tianjin that the green Harbin beer bottles was a drinkable substance, but the clear Harbin beer bottles tasted like absolute piss. Upon experimenting with several brands, I discovered that this was true with other brands as well. Therefore, I'm not fully confident that she is entirely correct, at least in Asia.

The cool thing is that she's not diminutive of her children's accomplishments, but rather proud. During my last visit, when a conversation went in the direction of the product development work I've been doing, I shared some of my information on the subject. Nothing more than a three sentence summary on a particular issue, but my mother was visibly impressed and had not problem indicating as much.

That's a good mother. Despite her flaws (and everyone has some), she's not competitive to the point of undermining her children's progress in life in an effort to boost her own ego. That's the definition of genuine maturity.

In fact, my mother puts my female peers to shame in her success at being a good mother and wife to my father. If I ever marry, my wife will have a lot to live up to, because my mom has set the bar high.

Gold Member
That Myers Briggs test has turned more ignorant women into experts on everything than we know. Don't ask me how I know.

debeguiled said:
That Myers Briggs test has turned more ignorant women into experts on everything than we know. Don't ask me how I know.
Click to expand...

It's flaws aside, I recall much delightful conversation between my parents growing up as they attempted to categorize the various people they knew according to the Myers Briggs system.

It was good for their relationship to have that shared area of "knowledge."

-Brown bottles are the best at filtering out uv light.
-During WW2 there was a brown glass shortage, so 'premium' brewers used green glass to distinguish their beer from cheap clear glass brands.
- These days all colours of beer bottles have a uv protection coating.
Click to expand... 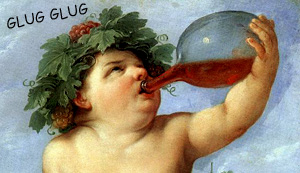 From that typist who wrote that article...

That's the problem with the "free speech" establishment. Make no mistake, they are the establishment, only they've successfully convinced a solid section of the population that they are oppressed "outsiders" whose freedom to be "controversial" is being curtailed.
Click to expand...

"The Free Thinking Establishment has had enough Freedom here!"

Jesus Christ these people are evil.

Can someone with enough clout start talking about projection? And make this a national debate, an international debate? For fucks sake, this is ridiculous.
F

Orthodox
Gold Member
Around the 3:30 mark, the Australian guys were walking around, observing and talking about the protesters: "Uni brainwashing...soy boy look...low-t...they have that look...I'm getting a headache listening to all this screaming...". :lol:

Meanwhile, MSM in Australia didn't cover what happened outside after the end of Milo's speech. 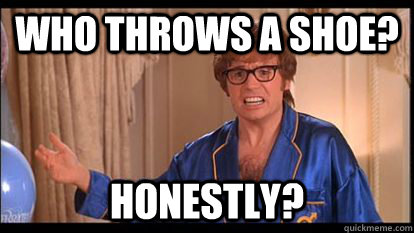 Right-wing provocateur Milo Yiannopoulos and his promoters will be slapped with a bill of at least $50,000 to cover the cost of the police numbers required to handle violent protests outside his shows in Melbourne.

(Police Minister) Ms Neville said the cost would be at least $50,000 and added it was common practice for organisers of large-scale or controversial events to be billed if large numbers of police resources were required.

She was unaware if Mr Yiannopoulos had agreed to pay the costs, but she hoped he would.

"It's a big call to say you're going to ignore a bill from Victoria Police," she said.
Click to expand...

What a joke. She's trying to lump his talk in with major sporting events like Football Matches where organisers benefit from Police being effectively used as security.

Bill the lefty protesters instead. They're traceable. Trying to throw riot policing back on Milo smacks of the American universities that billed his talks for security while not doing the same for divisive left wing speakers.

No bets taken on the minister's hair length: 
Daily Mail said:
Milo Yiannopoulos and his promoters won't pay the $50,000 they will be asked to cough up to cover the heavy police presence at his Melbourne show.

Police Minister Lisa Neville said the event's organisers would be sent the bill after protesters violently clashed outside the Kensington venue on Monday night.

Yiannopoulos' Australian tour promoter Damien Costas defiantly argued 'his people' had nothing to do with the violence and said he will refuse to cover the cost.

'This is political grandstanding. It's actually absolute nonsense,' he told Daily Mail Australia on Thursday.

'My answer to politicians that like to get political mileage out of something - in this case the Police Minister - my answer to her is quite simple: "Sue me".

Mr Costas argued the minister could not justify the bill and said he had extensive negotiations with Victoria Police ahead of the event.

'In good faith we offered to pay [for police presence] - we asked if there was going to be a cost and the answer was no.

'For her to get involved after the event demonstrates very clearly where politics is at in this country.'
Click to expand...

Good for them.
P

This sort of bully-boy shit is a result of idiots letting parties get out of control in the suburbs. She saw this event and thought she had another couple of suburban parents she could intimidate because their idiot teenage kids let a party get out of control or couldn't keep out the yobs who go cruising to cause trouble at backyard events. That's the sort of situation where the police go around issuing bills for their attendance. Particularly noticeable by its absence is any mention of an actual formed contract. Hope they've got that assurance of no costs on e-mail or on paper.

I'm glad he's finally gotten around to launching his own website. He should have done that immediately after leaving Breitbart. Hopefully he hasn't irreparably lost his momentum; I disagree with his lifestyle choices but he still served as a useful tool in the fight against postmodernism in 2014-16.

debeguiled said:
That Myers Briggs test has turned more ignorant women into experts on everything than we know. Don't ask me how I know.
Click to expand...

Well, it seems you keep listening to them.
E

Gold Member
Milo's lawsuit against Simon & Schuster, his former publisher, has inadvertently made public the editor's pre-scandal notes on the draft of his book 'Dangerous'. I can see why they couldn't work together.

The Most Scathing Editor Comments From Milo Yiannopoulos’ Manuscript

This is definitely not the place for more of your narcissism.
Click to expand...

This is not the time or place for another black-dick joke.
Click to expand...

Ego and self-aggrandizement backfire in book.
Click to expand...

When he calls feminists “attention-seeking:”
Comment [A198]: This is what people say about you.
Click to expand...

ElFlaco said:
Milo's lawsuit against Simon & Schuster, his former publisher, has inadvertently made public the editor's pre-scandal notes on the draft of his book 'Dangerous'. I can see why they couldn't work together.

The Most Scathing Editor Comments From Milo Yiannopoulos’ Manuscript

This is definitely not the place for more of your narcissism.
Click to expand...

This is not the time or place for another black-dick joke.
Click to expand...

Ego and self-aggrandizement backfire in book.
Click to expand...

When he calls feminists “attention-seeking:”
Comment [A198]: This is what people say about you.
Click to expand...

Followed the link and read this. The editors sound like out of touch feminists from the 70's.

They seem to have no idea why Milo is popular or even who he is. They sound like a liberal at a Ben Shapiro talk trying to criticize him when they have no facts or perspective, only party line SJW talking points.

They write as if traditional publishing still has some sort of authority and they are handing down unassailable judgments from a literary Olympus.

Out of touch. Out of tune. SJW attempt at a derail.

SLATE: As Mei points out, Yiannopoulos’ editor Mitchell Ivers is a conservative himself—in fact, he’s the editorial director of Threshold Editions, an imprint of Simon & Schuster that specializes in conservative nonfiction. But while there’s a possibility he agrees with Yiannopoulos on some points, even Ivers could see that the man and his manuscript had gone very far off the conservative deep end.
Click to expand...

You have to remember where the publishing establishment comes from. These are people who have bachelor's degrees and more from elite schools--Harvard, Bennington, Williams, etc. Most of them are on the lunatic fringe of the left. A lot of them are also women. Of course, each one will hire a token conservative or two. And they will be more middle than conservative.

I don't expect any of them to understand Milo.