Morality while choosing a career?

Recently just got back from the adventure of a lifetime in south America. Learned so much about our world, this kingdom that our God himself built for us. Coming back to the western world has been rough to say the least. It's eating away at my mental health with zero mercy.

I'm 20 years old and everyone around me is saying the same thing: "okay now that you had your little trip when are you gonna grow up go to college and pick a career?" The level of condescension varies but the conversation always goes something like that. I somewhat do want to focus on a career, start making some money so I can use it to create a lifestyle where I can expatriate and live my days out in peace.

The only thing that I can see myself studying and doing is programming. I've done it before and I've got the mindset for it. The problem is that I feel as though I would be making a career doing work that is morally wrong. I truely, deep down to the bone hate all the new age technology that is being pushed out today. Most companies focus on building software that caters to some sort of vice or piles onto many of the problems that society faces today (materialism, social media, hyper-convienience, human disconnect). It just wouldn't feel right to contribute to those problems.

Some career paths vary from that a bit, however most jobs today are completely dependent on this same system. I've thought about marketing and finance, but those are just as bad.

Am I being ridiculous here? I feel like God is telling me I need to figure out a way to make a living outside of this system, but unfortunately any ways to make real money are based off of taking advantage of morally wrong situations/traits. I've had thoughts of starting an online English teaching business but I really am not sure if I have the hustle and dedication to see something like that through.

I appreciate any thoughts or advice

Gold Member
If you are interested in programming and have the talent for it, definitely study it and don't worry about morality. I have programmer friends who work remotely and live wherever they want. Becoming a good programmer will also give you opportunities to live and make money "outside of this system" whether it's creating your own startup, a remote job or a lifestyle business, working on things like blockchain, etc.

Brodiaga said:
If you are interested in programming and have the talent for it, definitely study it and don't worry about morality. I have programmer friends who work remotely and live wherever they want. Becoming a good programmer will also give you opportunities to live and make money "outside of this system" whether it's creating your own startup, a remote job or a lifestyle business, working on things like blockchain, etc.
Click to expand...

I've programmed in C before, as well as JavaScript. I know if I dedicated a serious effort into programming I could make myself a nice career with the location independence I want. If I went into software ideally I would be working on projects that line up with technology that does a net positive for the user (blockchain is a good example).

Cortés said:
Most companies focus on building software that caters to some sort of vice or piles onto many of the problems that society faces today (materialism, social media, hyper-convienience, human disconnect). It just wouldn't feel right to contribute to those problems.
Click to expand...

Focus on learning computer science and software fundamentals in your studies. In the near future, when you are thinking about work and making money, consider the positive aspects of many tech companies: Craigslist has helped millions of people get great deals and find wonderful places to live, Meetup has brought isolated people together to have fun and learn new skills in person, and (pre-Tinder) online dating sites have helped countless people find the love of their life.

You probably won't make as much money as someone who has no moral compass, but your head is in the right place. Follow your instincts.

If you go that way, even if you become a baker or a fisherman, you will feed sinners with your bread and your catch. Does it make fishing and baking sinful?

Besides, don’t use high minded morals to justify laziness, because laziness is a greater sin.
B

Programming is a great field to be in. You can freelance or hook yourself to a major corporation-- there's a ton of options in the field. Nobody said you had to work for an entity that is against your values-- at the end of the day though, nothing is black and white.

Gold Member
I say stick to programming, I work as a greasy tradesman for big oil and it seems like half the world hates us, at least in Canada anyway, some of the reputation is deserved though, oil patch guys are a bunch of animals, I fit right in! 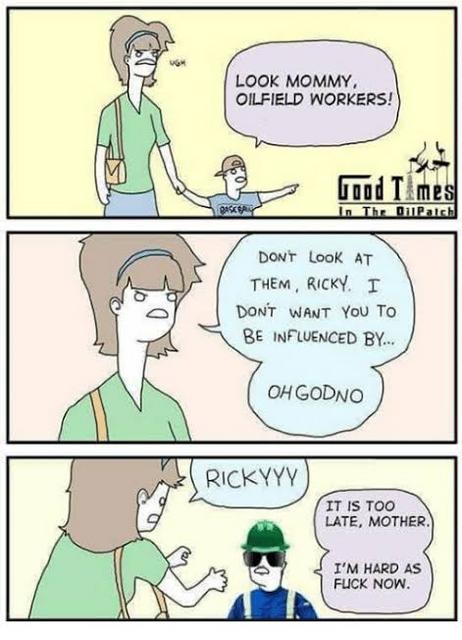 scotian said:
I say stick to programming, I work as a greasy tradesman for big oil and it seems like half the world hates us, at least in Canada anyway, some of the reputation is deserved though, oil patch guys are a bunch of animals, I fit right in!

Morals and ethics at jobs is a tough cookie. When you go deep down into the rabbit hole, then you realize that almost all branches are corrupted.

Medicine is based on lots of scams and deliberate toxic things done on patients, while cures are held back.
NGOs are mostly corrupt and are NGOs.
The churches are infiltrated.
Most corporations are owned by the globohomos.
Small companies are hit and miss and can go under any time now, they also have to mirror the general movement.
Environmentalism is based on a con anyway and has little to do with "saving the earth".

The oil business is in my book more honest and beneficial than a shitty solar-panel maker that goes bust in the US, uses billions of taxpayer funding and is neither viable nor environmentally healthy if you look at the ingredients and what it takes to produce them. The CO2 story is a scam anyway.

At best if I were a programmer I would attempt to go work for a smaller company or even one that is slightly less evil than Google - Microsoft or Oracle.

In our times it's already a blessing if you can work with Red Pilled men for example in mining, oil industry, commercial marine industry etc. Heck even part of the business world, investment banking can qualify since a lot there is still Red Pilled. Or you work with Chinese or Russian major companies who are all more Red Pilled and will remain so for decades.

The best job on the pure spiritual path would be a monk or an Amish, but that would entail conversion and a radically different life-path.
G

It's fantastic that you think that way - not many people do.

Please don't lose that way of thinking in the future once you have money or once you start accumulating resources and start living an easy or above average lifestyle - always remember where you came from.

My feedback for you as someone who is a decade in front of you and was once in your shoes is:
- develop real skills that make money
- make money within the system without worrying about morality first (but, like other guys said - you could go work for a not for profit or a company you believe in and get the best of both worlds)
- understand what level of finances and resources you need to get to to become financially independent
- once you have skills, experience and you're set up financially, you can start changing the system (by becoming self employed or buying into or starting what you think are more moral companies or businesses)

Morality is great - but, balance that with performance, product/service quality and economics. Both are important - don't get caught up in going too far to one side or the other.

I hope that helps.

Put in a decade of solid work (in all areas of life) and you should end up where you want to go in this world.

Catholic
Gold Member
Thanks for all the responses guys. Sounds like the consensus is that unless I'm directly working on a singular project, I shouldn't worry. Gonna be self studying programming as well as growing my network and aspire to land a software dev job at some point within a year

When it comes to choosing a career nowadays, the recipe for success is to choose something that you are good at which can be monetized. You will have options that will allow you to pick and choose whom you wish to associate with.
C

I think anything to do with construction, material extraction (mining, logging, oil) or primary production (steel, power generation, refineries, etc.) is about as ethical as one can get.

Environmental propaganda aside, if you can get past it, which you must as a redpill man who wants to save the West, these are the core industries for civilization to thrive. And if you're such an enviro-cuck that you can't get past the brainwashing, then you can still consider yourself a revolutionary from within, and it is still the ethical choice.

Everything else at a higher level of economic activity has pretty difficult moral implications to becoming involved with, even basic stuff like farming and retail, let alone tech and banking.

Like almost everything else, it all depends on what you do as a programmer.

- If you're spending your time figuring out better ways to addict children to mobile games so they blow their parents' money, you're a cunt.

- If you write software to automate away tedious bullshit people have to do, you're probably improving lives.

- If you come up with ways of improving privacy and security you're definitely improving lives, as long as you can get people to use your stuff.

I think there's a lot of good to be done helping normies make the transition away from the Big Tech free-shit plantations. Federated services, high quality self-hosted stuff. Unfortunately there's no money in that unless you're selling a hosted version as a service like the Ghost CMS people do.

Personally I'm just about done with software as a profession. I love programming, but the industry has lost its collective mind, and I don't care for the constant selling-myself I need to do to maintain a freelance career. I'm actively looking for a decent manufacturing job and I'll just keep working on my own software projects on the side.
Share:
Twitter Email Share Link
Top