Any good soundtracks? I've been trying to track down A Clockwork Orange and Irreversible (that music in the club scene). Requiem for a Dream is pretty good.
U

houston said:
Any good soundtracks? I've been trying to track down A Clockwork Orange and Irreversible (that music in the club scene). Requiem for a Dream is pretty good.
Click to expand...

Rodrigo D.: No Futuro (if you like dark, dingy, blasphemous Metal/punk from the slums of Colombia)

Gold Member
The original Predator has a good soundtrack

Gold Member
I love soundtracks, some of thes best music of this or any other year, comes from soundtracks, imo
One I'd recommend from this year is 'The Place Beyond The Pines' put together by Mike Patton of Faith No More
Jon Hopkin's 'Monsters' soundtrack from a few years ago is majestic
and Para One's 'Water Lilies' soundtrack, is stunning - both of these are ambient/electronic but with classical strings/horns, etc 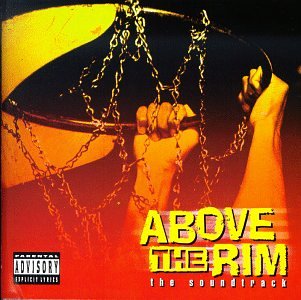 Houston thread that does not start with "Why do Americans...."???

Oh man, there are so many great soundtracks out there!

To start with, there are what I call jukebox soundtracks, which are collections of previously released songs that a director will compile to suit both his film and show off his good taste in music. Scorsese and Tarantino have some great jukebox soundtracks, as well as the HBO show Eastbound & Down. Wayne Kramer from the MC5 compiles the music for EB&D. The Dead Presidents soundtrack is another good one.

One cool (or derivative, depending on your perspective) thing that Tarantino does is to also include pieces of the soundtracks from older movies in his own soundtracks. For example, in Kill Bill he uses a piece from Tough Guys, a 70s movie that Isaac Hayes did the score for. Fans of a certain rap group from Houston will recognize another piece from that same soundtrack:


Then you have soundtracks in which different artists record songs intended for the movie. The previously mentioned Above the Rim soundtrack is a great example. Also the soundtrack for Judgment Night! Remember that one?

And of course there are soundtracks that have original scores composed specifically for that movie. The previously mentioned Cannibal Holocaust and Place Beyond the Pines are good examples of that. There are too many great soundtrack composers to name in one post, but I'll list a couple of my favorites here.

For example, Lalo Schifrin has done some awesome soundtracks. His score for Dirty Harry is full of great drumbreaks and suspensful strings


Ennio Morricone is one of the greatest ever, as well as Bernard Hermann. Herrmann's last score was Taxi Driver. The guy playing saxophone is Tom Scott, the same guy who was sampled by Pete Rock for the classic song T.R.O.Y.


One composer that might not get a lot of credit is John Carpenter. In addition to writing and directing, he also composed the soundtracks to many of his films, such as Escape From New York, Halloween, and my personal favorite, Assault on Precinct 13.


Then there's Goblin, an Italian group that scored a bunch of horror movies, such as Dawn of the Dead and Suspira, in the 70s and 80s. Here's one of my favorite Goblin tracks, one of their few that wasn't intended for a specific movie:


Finally, Wes Anderson soundtracks, such as Rushmore & The Royal Tennenbaums, have a good mix of previously released songs and original pieces, which are done by Mark Mothersbaugh of Devo fame.

There's a bunch more I could write, but this post is long enough already!

Here's a thread from Style Forvm in which I've written a few more things about movie scores.

Gold Member
Earlier this year, while I was fucking a 20 year old during a July thunderstorm at my father's place, I swear that when Lux Aeterna (Requiem for a Dream) came on the Bose that something changed in me...played out or not (it's appeared in about a million other movies, commercials, sporting events etc,.), it's well-crafted, has tremendous buildup, suitable menace, great contrast between quiet and loud sections and production values through the roof, Clint Mansell is one of the best going.


Payback has an excellent soundtrack, lots of great 70's soul and swagger (Dean Martin, James Brown, Hendrix), and itself is just a badass and underrated movie.


Philip Glass comes with it in The Hours.

I love the "Social Network" soundtrack.

When Quentin Tarantino puts together the music for his films. He doesn't just get the music placed into his films.

He insists that his own personal vinyl records are the ones used to score the movie. He wants every slight hiss and warp from his own records used in the films.

Always thought that was fucking cool.

Gold Member
Score from Conan the Barbarian is epic.

Same with Last of the Mohicans.

The 13th warrior is good as well.

Good soundtracks to me are even better than good albums by bands -- they just sound cinematic in scope and immediately convey a visual impression, even if you haven't seen the movie.

I have A Clockwork Orange on original 12" vinyl.
Love anything by Mancini, Morricone, Jerry Goldsmith, even John Barry's scores (not just Bond movies) were great.

(Look for a young Oliver Reed dancing around in the plaid shirt.)

Prufrock: Yeah, Goblin are great. Did most of Dario Argento's flicks. Profondo Rosso (Deep Red) was always a favorite.
Amazing that they finally just played their first US tour after being together for over 30 years.
Their tour opened in Atlanta in October, but alas, couldn't make it. Heard good reports of the show though.
X

Check out the Syriana soundtrack. Ambient, goes well with a glass of whiskey.