5-7 Hedonist said:
Wow, I'm impressed, Never would have thought you could get a welder for under $100.
Click to expand...

The little fluxcore welders are tricky when trying to weld thin sheet metal since you will get burn through unless you go one tack at a time. They wont penetrate enough on something thick like a truck chassis either. With that said, they are still really handy to have if you ever need to fix something small on a mower or something like that. For under a C note, they are a handy learning tool.

Since we were speaking about noise-cancelling headphones earlier in the thread, here's a great deal for under $100. Bose QC 25s, which are normally cerca $270.

IvanDrago said:
110 Flux core welder for doing small repairs or learning how to weld. They aren't pretty like a nice MIG but they are great for little projects and for learning before you step up to something bigger. 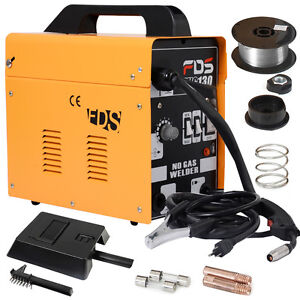 Wow, I'm impressed, Never would have thought you could get a welder for under $100.
Click to expand...

I used to work for a seller of welding equipment. You can get starter kits for welding, complete with the welding machine.
M

The Nutribullet. I make smoothies with this thing every morning. They're fast, nutritious, and low calorie. What more could you ask? I'm updating my pepper spray recommendation. I used Freeze +p in a confrontation while driving for uber. I haven't heard from the police in a couple of weeks so I'm assuming that it's safe to post about here.

An aggressive drunk ran up to my car and tried to fight me as well as one of my passengers. He was with his girlfriend who was trying to control him. When he got right up to the passenger side window I sprayed him with the Freeze +P. Unfortunately I only sprayed him in the face for half of a second because his girlfriend literally used herself as a human shield putting herself in front of the window face first and taking most of the pepper spray. I tried to spray at him around her; but her hair frizzy was blocking a lot of my spray.

The spray backed him up; but since I was immobile for a moment he managed to kick at my car slightly denting the door before I left. I'm certain that If I'd been able to get off a more solid stream the effect would have been greater. It was better than getting out and trading blows with him which certainly would have resulted in police intervention. Both due to the greater physical damage resulting from combat, and the fact that him or his girlfriend would have been able to read my license plate.

All that being said my new recommendation if you want a smaller canister is Sabre Red Pepper gel. It's the same thing as freeze +P but it's less expensive, and they have a more extensive quality control process. 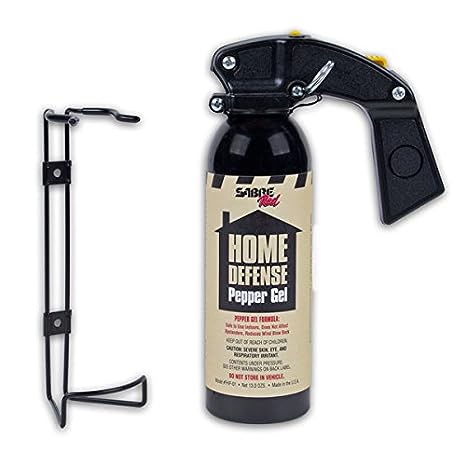 Personally I wasn't impressed with the output volume of a smaller canister. So for my car I'm going to either get the large canister of either sabre pepper gel, or frontiersmen bear spray (made by the same company). Both of those products put out at least 2 ounces of spray a second; whereas my entire canister of traditional pepper spray only holds 2 ounces.

They both have their own strengths and weaknesses. The bear spray is 50% less expensive, has a stronger formula, and literally shoots a plume of pepper spray so it's almost impossible to miss your target. But the pepper gel shoots out a stream of gel to avoid blow black and cross contamination. Also both products have different legal implications. You can carry bear spray in places where larger canisters of pepper spray are illegal, but bear spray technically isn't supposed to be used on humans; despite the fact that it's almost exactly the same thing as a large pepper spray canister. When I buy a larger canister I'll update here again if I get a chance to use it.

Razer Ferox speakers for laptop or phone. I have these, and they are crazy good! They have their own battery, so they won't drain your phone battery like Bluetooth speakers would.

The design is cool.

Surprised no one mentioned a nice classy drinking flask. Something with a leather wrap makes it much classier.

Great for small picnic/barbecue with good old red pill friends or even summer day at the office, or a walk around the Seine river with your date (over here light public drinking is allowed, intoxication is not). I sometimes take this into clubs because paying for club alcohol is about the stupidest way to waste $.
M

A couple of mosquito nets I can lay on the window and remove it when I please. It doesn't allow any bug inclundind those stupid mosquitos that exist mostly in the summer. Where I live it's a sure thing that if I open the window at night something will come in and I fucking despise mosquitos, can't sleep when around those and it make me itchy af. The cost was around 4 euros ordering online.
10.000 Mha xiaomi powerbank. Charges everything and fast and more than enough for a full charge on the iphone. Cost was 17 euros ordering online.
These 2 things are the ones I can remember now
BTW guys, this website called gearbest is awesome, has so many gadgets and other stuff you never existed or even consider buying, many of them cheaper than you can get at the local store. I'm sure you can find whatever you like under 100 buck that can upgrade your life.
B

A full charge? It should charge it multiple times over
M

Beirut said:
A full charge? It should charge it multiple times over
Click to expand...

Yes, reformulating the sentence. Enough to charge an iphone, an Ipad and probably again the iphone

Gold Member
Get an Anker charger, best in class and a 20K will charge your iphone for up to 7.5 charges. Great customer service, quality, and products.

OPTP Foam Roller, the best shit you can find. Get the black one, it's the most dense. They'll never go to shit.
C

Gold Member
^I got the Anker charger also and can say I use it a lot. Make sure to buy the one with speed charging
M

Dalaran1991 said:
Surprised no one mentioned a nice classy drinking flask. Something with a leather wrap makes it much classier.

Great for small picnic/barbecue with good old red pill friends or even summer day at the office, or a walk around the Seine river with your date (over here light public drinking is allowed, intoxication is not). I sometimes take this into clubs because paying for club alcohol is about the stupidest way to waste $.
Click to expand...

Good recommendation. When I used to go to clubs I eventually got a flask. I wish I would have sooner. It saved me a ton of money! An 8 oz flask will fit discreetly into your back pocket. I never had mine confiscated. But even if that did happen it wouldn't have mattered; because it paid for its self after just one night of drinking.
C

Gold Member
Never really been a fan of flasks because of how hard they are to clean on the inside. I usually pre drink before going out.

Jameson Ranger said:
A leatherman, gerber or other multitool. Besides being a knife, the other tool bits come in super handy. It also doesn't spook people like carrying a typical pocket knife does.
Click to expand...

This thing is SUPER TINY. It's as small as my little finger on my little girl hands (and so goes very well on a keyring), and has a torch AND a pen. Blade, screwdriver and scissors are super useful.

Extremely handy - especially when you need to sign a gift card or something.

Just remember to take it off before flights.

I've been using these plastic flask bags lately instead of a flask. They work great and they pass a metal detector! No more $8-$12+ drinks at concerts. I actually like the 7.5-8oz bags better than the larger 14oz, because they are easier to conceal and sneak in. Fit great inside the quarter/shaft of cowboy boots if you don't fill them all the way up and get the air out. It's nice that they aren't rigid like a metal flask. They have saved me a bunch of money just this summer.
https://www.amazon.com/gp/product/B07C1YHBNF/ref=ox_sc_act_title_1?smid=A2WHNP9T84YYCA&psc=1

CaptainChardonnay said:
Never really been a fan of flasks because of how hard they are to clean on the inside. I usually pre drink before going out.
Click to expand...

Clean them? Rinse with some soapy water and let air dry. Never smells. You're putting liquor in it, it doesn't really have much to get it "dirty" with anyway.

Gold Member
Mack's Silicone Earplugs. These are easily the most bang for the buck of any product I've ever purchased. Much quieter and more comfortable than foam earplugs.

A resistance band to do band pull-aparts for posture and shoulder health. The correct size is probably going to be the red or black band.

Reebok and Adidas have lifting shoes that can be found for under $100 if you look around the Internet for sales. 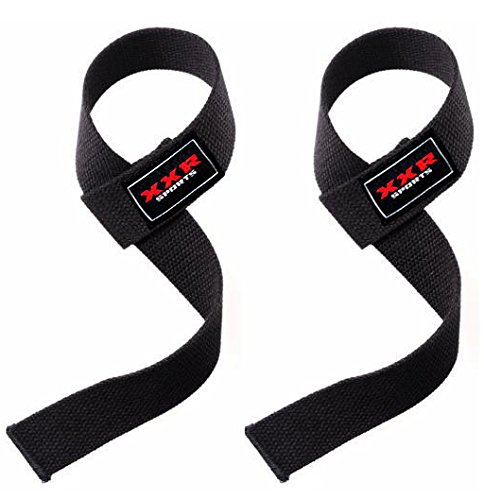 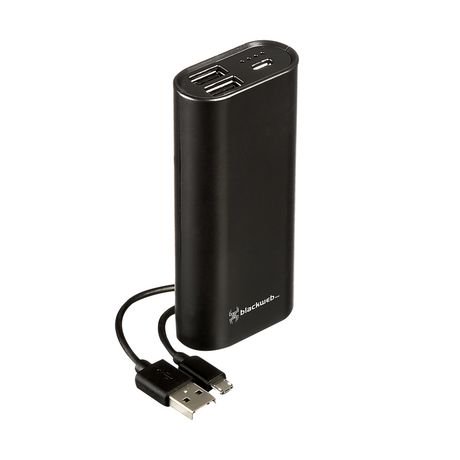 Card wallet. Looks nice and $$$ without the flashy P4P vibe. You can even get high end brands like Prada for under 100 just gotta shop around. I got mine for $30 at an outlet store: 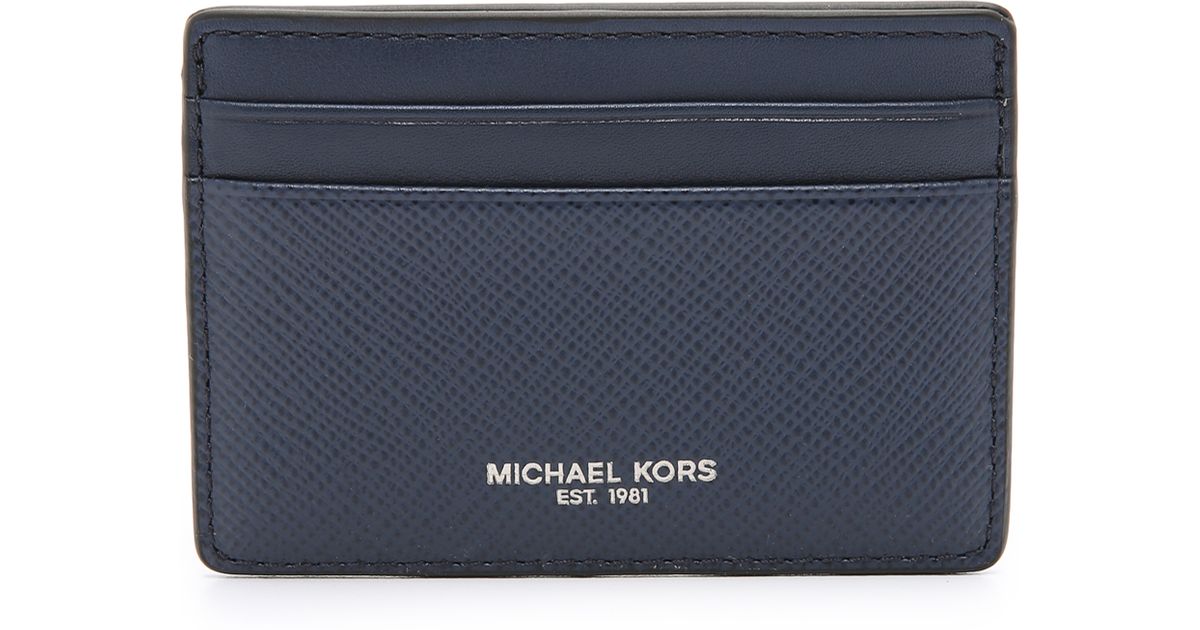 Don't sign up on your own; make sure you get invited by an existing cardholder, that way you both get a bigger signup bonus.

Put it in your designer card holder: 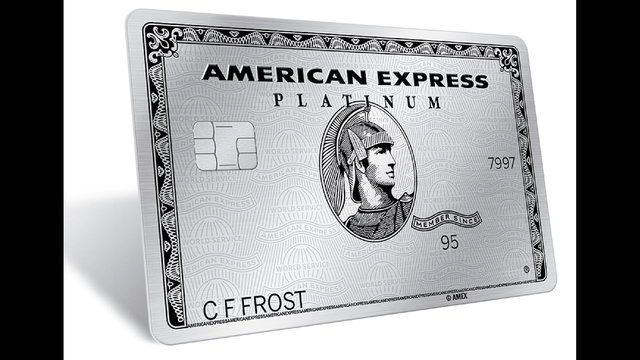 Kitchen scale. I always wondered why I couldn't bulk up and never realized how shitty my diet was until I started calorie counting: Pullup bar. Nice to be able to do some pullups at home when you feel a surge of energy: I could also include lifting belt but I feel like it's better to de-load and learn to lift with correct form instead of getting help from the belt. Professional lifters could maybe chime in here.
Share:
Twitter Email Share Link
Top