Elon Musk has had a lot to show off over the past 25 years, including an early online bank, solar roof tiles, a tunnel-digging machine, an electric car, a reusable rocket, and even the occasional electric car riding a rocket. He may have just topped them all with the help of a tubby brown-and-white rat.

The rodent belongs to Neuralink, a company Musk founded to develop a data transmission system between people and computers. Neuralink has been supersecretive about the nature of its work since its founding in 2017, until now. During its first demonstration in front of a reporter, the startup showed it can record a rat’s brain activity via thousands of tiny electrodes surgically implanted alongside the animal’s neurons and synapses. To do this, Neuralink, based in San Francisco, appears to have achieved a number of breakthroughs that let it place high-speed computing systems inside a brain, while causing less damage than existing techniques.

The company will seek U.S. Food and Drug Administration approval to start clinical trials on humans as early as next year, according to President Max Hodak. The goal is to drill four 8mm holes into paralyzed patients’ skulls and insert implants that will give them the ability to control computers and smartphones using their thoughts. Yes, really. “A lot of people have written this off like it’s impossible,” says Hodak. “There will be great things to come in this field in the next decade, and they should take it seriously.”

Neuralink, which has raised more than $150 million from investors, including at least $100 million from Chief Executive Officer Musk, is betting that millions of people will eventually elect to become cybernetically enhanced. “This is going to sound pretty weird, but ultimately, we will achieve symbiosis with artificial intelligence,” Musk says at a news conference Tuesday night in San Francisco. “This is not a mandatory thing. It is a thing you can choose to have if you want. This is something that I think will be really important on a civilization-level scale.”

Philosophers, sci-fi enthusiasts, and daydreamers have long imagined what it might be like to turbocharge their brainpower or read someone else’s thoughts. Lately, a number of startups have tried to find out. Companies such as CTRL-labs and Kernel are working on external devices to detect neurons’ firing patterns from outside a person’s body and transmit them to a computer. The next level up is figuring out how to safely insert a device into the brain, where the neural signals are the strongest and the process can go much faster.

This has proved tricky, to say the least. Inserting electrical wires and other devices into the brain requires a great deal of precision. And the brain tends to treat probes as foreign invaders, forming scar tissue around the wires and muddying their ability to carry clear signals. People in dire circumstances have been willing to implant devices that stimulate parts of their brain to, say, regain some vision or tame tremors caused by Parkinson’s disease. But these processes often carry serious long-term risks. Neuralink’s goal is to leave its sort of mind-reading computer sitting safely and indefinitely inside someone’s head. “All of this will occur actually quite slowly,” Musk says. “It’s not going to be like suddenly, Neuralink will have this incredible neural lace and start taking over people’s brains. It will take a long time, and you will see it coming.”

The 100-person startup is counting on its advances in materials and robotics to get there. To insert the needed wires into the brain, it built a robot about the size of a barbecue grill that uses high-end optics to peer into holes drilled in the skull and then place the wires precisely. Each wire is one-quarter the width of a human hair and laced with dozens of electrodes. Their design and composition make them sturdy enough to pass through brain tissue, according to Neuralink. The lenses and computer vision software help the robot avoid hitting blood vessels, reducing damage to the brain and formation of scar tissue. “Because these things are so thin and flexible, the idea is that they move with the tissue instead of tearing the tissue,” says Neuralink researcher Philip Sabes.

In a research paper released on Tuesday evening, Neuralink said it has performed at least 19 surgeries on animals with its robots and successfully placed the wires, which it calls “threads,” about 87% of the time. In a secret Bay Area lab, a recent patient, that hefty brown-and-white rat, moved around a large rectangular plastic cage filled with wood shavings and Parmesan cheese. A wire attached to a USB-C port in its head transmitted its thoughts to a nearby computer. The crackle of its neurons firing could be heard over a speaker while software recorded and analyzed its brain activity, measuring the strength of brain spikes. Sabes says the amount of data being gathered from the rat was about 10 times greater than what today’s most powerful sensors can collect.

Of course, lots of treatments that work in rodents have failed to make the leap to successful human testing. And while Neuralink has been rumored to be testing its technology on primates, it has yet to reveal details publicly about this work. During the presentation, Musk stunned the audience by confirming that Neuralink has worked with primates. “We definitely need to address the monkey in the room,” he says. “This is a sensitive subject. A monkey has been able to control a computer with its brain.” Even if the implants function as expected, the company will need to show that it can do something safe and useful with them by providing therapies—something many scientists see as an open question. Only once all of that is done can other consumers begin to opt for some light skull-drilling.

If the approvals come through, Neuralink’s electrodes, once placed in the holes in a patient’s skull, are supposed to register brain activity and relay it to a small device implanted behind the ear that transmits the data to a computer. Hodak says the first surgeries will take place under general anesthesia, but he hopes local anesthetics will suffice in the future. “We will painlessly laser-drill the holes into the skull, place the threads, plug the hole with the sensor, and then you go home,” he says. “It’ll basically be an experience like getting Lasik.”

If all goes as planned, Hodak says, post-op patients will be able to input words into a text message or email simply by thinking them, and to move a cursor with a mouse and navigate web pages mentally, too. One day far into the future, people who have the surgery may be able to download a new language into their brain, or digitally exchange thoughts with someone else, the 30-year-old says. “I’ve been interested in this since I saw The Matrix in fifth grade.” For now, says Hodak, he’s focused on helping patients suffering from paralysis, and the goal is typing 40 words per minute.
Click to expand...

What do you guys think of this?
G

Transhumanism has been on The Agenda for a very long time. Julian Huxley, brother of Brave New World author Aldous Huxley, was the first to push this idea of enhancing humans in this manner. As it so happens, he was the first Director-General of UNESCO, i.e. United Nations Educational, Scientific and Cultural Organization.

Not something I want anything to do with, but goddamn awe inspiring technological progress

Gimlet said:
Transhumanism has been on The Agenda for a very long time. Julian Huxley, brother of Brave New World author Aldous Huxley, was the first to push this idea of enhancing humans in this manner. As it so happens, he was the first Director-General of UNESCO, i.e. United Nations Educational, Scientific and Cultural Organization.
Click to expand...

It's always for a supposed good cause until it isn't.
P

Gold Member
Let's hope these Musk inventions don't explode with the same regularity that his cars and rockets do.

Gimlet said:
Transhumanism has been on The Agenda for a very long time. Julian Huxley, brother of Brave New World author Aldous Huxley, was the first to push this idea of enhancing humans in this manner. As it so happens, he was the first Director-General of UNESCO, i.e. United Nations Educational, Scientific and Cultural Organization.
Click to expand... 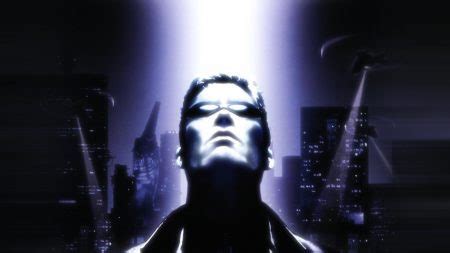 Paracelsus said:
Let's hope these Musk inventions don't explode with the same regularity that his cars and rockets do.
Click to expand...

Or his mind most recently.

Paracelsus said:
Let's hope these Musk inventions don't explode with the same regularity that his cars and rockets do.

Error at FFF0, shut down your brain and reboot
Click to expand...

God save us all.

What could possibly go wrong, I wouldn't be surprised if the following was the result off Mr.Musks machinations.

ALL surgery involves risk with brain surgery is one of the most invasive, risky forms of surgery. This is truly a bone idea for this reason alone.

This is seems like a very delicate piece of equipment. What would happen if somebody banged their head? Would all the wires in the brain get jumbled up?

If you can get this to control your limbs, then someone else could control it too:

Gold Member
To clear up what seems to be a misconception - I don't believe this is (currently) an input device. It's output only. It's equivalent to planting very sensitive microphones in the brain and "listening" for the noise the brain makes. Once they have reams of that data they can train a neural net to understand your intentions, and thus you can use your brain to control things.

Going the other way pretty much wouldn't be feasible, yet.

There is no such thing as "listening only".

"Philosophers, sci-fi enthusiasts, and daydreamers have long imagined what it might be like to turbocharge their brainpower or read someone else’s thoughts. "


Good lord. We really will start having to wear tin foil hats.

Elon Musk is so full of shit.

- Tesla is unsustainable. It’s burning cash since inception. There’s no enough Lithium to substitute internal combustion engines. And Musk bought Tesla.
- Solar tiles are nice in theory. In practice, waaaay more expensive than the normal panels. Economies of scale won’t help. Elon used Tesla money to buy his cousin’s company (Solar City) before going bankrupt.
- The vacuum tunnel with a maglev train inside is an (at least 10yo) idea by ET3.com. Chinese government was interested but I imagine they realized it’s not feasible after years of testing. Elon stole the idea and made a contest expecting engineers to solve it.

Those “journalists” who praise Musk thinking he’s the real Tony Stark love to make such articles only useful to play with people's imaginations. I wonder if they even talked to a neurologist about the feasibility.