Normies and the Russian-Ukraine war

captndonk said:
Do the normies acutally forget things so quickly? I mean all this talk about the 1million men counter offensive which should start soon.
This got completely dropped but noone seems to bother. It is frustrating.
Click to expand...

It looks more like a stalemate and a trench war to me. Russia also claimed that unpredictable things may happen when the Kaliningrad blocade and Crimea bombings took place.

NoMoreTO said:
This is really sad actually. Imagine being a Russian who is trying to fight a war and having to basically kill a woman, a beautiful one at that. I hope the photo are just propaganda and media spin, but it's absolutely disgusting. Or being a Ukranian man trying to fight side by side with this woman and protect her, or see her get shot.

It reminds me how when growing up I'd hear these stories about how children were fighting for the Germans at the end of WW2, it's a sad situation and it means you lost. The same for women fighting in the war.

Women and Children are civilian casualties, which prior to WW1 and particularly WW2 (bombings) were relatively safe. The whole point of fighting a war is to secure their future.

Not much of a comment on the ukranian war, but the state of the world is quite strange with all the feminism.
Click to expand...

In slavic countries she's not beautiful I'd say. Realistically it's not any more sad her dying than another innocent man.

Orthodox
Turkey is making interesting moves with this - 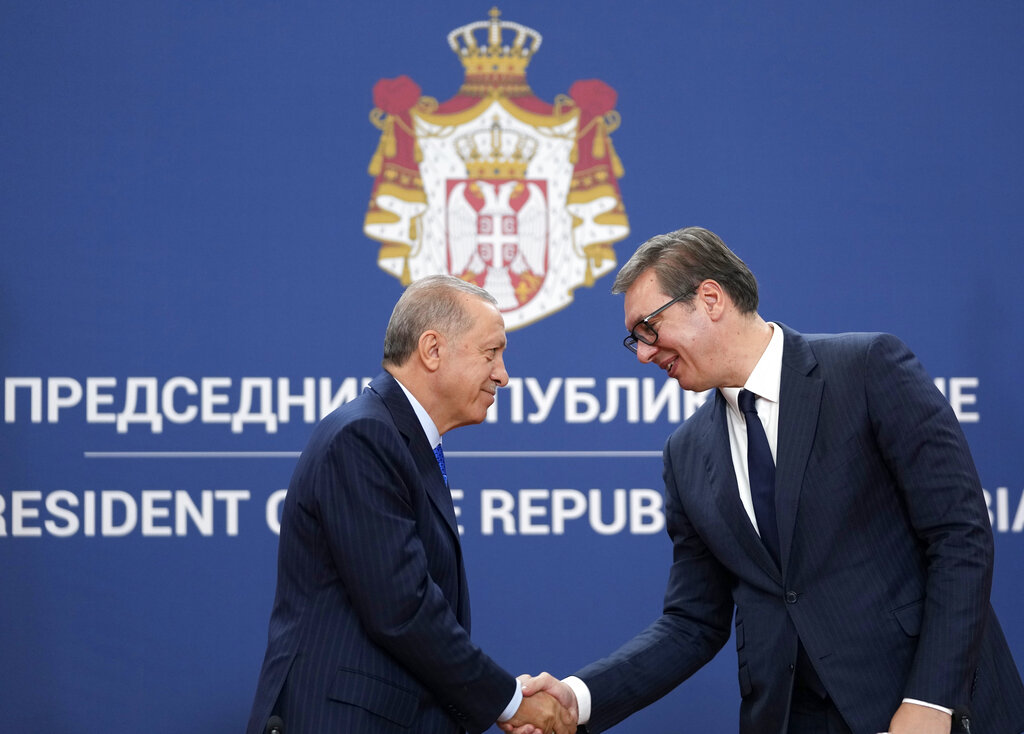 Turkey’s president warns West: ‘Russia is not a country that can be underestimated’

Turkish President Recep Tayyip Erdoğan on Wednesday criticized the West for its “provocation-based policy” toward Russia. “I say to those who underestimate Russia, you are doing it wrong. Rus…

Orthodox
I got into a text conversation today with an old buddy from school with whom I rarely interact these days. Back in the day I viewed him as a very towering intellect, and today still I believe he would be extremely knowledgeable in his area of specialty. However, I noticed in the last couple years that in terms of politics, his whole position more or less got transformed into being a Mainstream Media Moderate, equipped with credible sources, of course, and repeating the tired slogans of being "fiscally conservative but socially liberal" and whatnot. This person became very concerned about threats to Our Democracy, and calls himself a "moderate conservative"... I believe he really liked the Lincoln Project, if any of you are familiar with that organization.

But anyway, we had a text conversation today on the topic of the referendum announcements and presumably, Russian territorial expansion. And he pretty much came out with the most generic talking points you can imagine. He talked about how it doesn't even matter if Russia mobilizes when they're literally running out of ammunition and missiles, and Ukraine's devastating counterattacks, especially with their HIMARS (!), will soon retake Donbass so Putin is reduced to desperately making stunts like these referenda. The Russian military has already been so thoroughly defeated that they'll never regain the initiative, especially when "they still can't even establish air supremacy after six months." And there followed pontification on how Russian troops are simply being led to the slaughter with no training, in many cases using World War-era weapons, and are on the verge of mutinies across the whole military.

It was a bit sad to me, because again, I used to consider this person a towering intellect. To be clear, we can't know the true condition of all the Russian side's units, and we can be sure there are some problems, but those talking points are literally just washed up slogans from March that keep getting repeated over and over again, the only update being that they've now added HIMARS to it.

Catholic
Gold Member
Russia did eff up royally by leaving large sectors of the Kharkov front undefended. They would have easily pushed back the Ukies had they had another 10k soldiers there, instead of having 50,000 soldiers doing military maneuvers in Vladivostock 11 time zones away. The window for Ukraine doing offensives was going to close in a couple of weeks, all they had to do was hold for a month more.

The territorial losses in and of themselves aren't that bad, it's the moral defeat that is deflating, it provided all the oxygen western warmongers and Lügenpresse needed to reinforce their propaganda and keep the war going.

On to the next phase, this is going to be a busy winter out east...
P

Orthodox
At risk of second-guessing Russian General Staff, to whom I (and likely anyone here) have zero exposure, I would explain this as an example of one of Clausewitz's 9 Principles of War: Economy of Force.

Economy of Force is just that - economical. Use the least amount of force to fully accomplish a task, leaving the remainder of the force to attend other essential tasks (like 11 time zones, a northern border in the Baltics and now Scandinavia, an isolated Kaliningrad, countless NATO hassles and even nuke provocations, air and sea ops on two of the world's largest oceans, flare-ups in Armenia/Azerbaijan, Ickystan squabbles, color revolutions in your neighbors like Kazakhstan and Belarus, changing/improving relations with a new key ally, and the few foreign bases Russia maintains). Russia MUST also maintain a sufficient force that is not decisively engaged - to deter NATO. If they go all in on Ukraine, then you can bet NATO will intensify all other hostile actions. Russia may have a big Army but attacking at parity is nuts - unless you have other things to do, and you believe a parity attack is enough to get the job done. In fact, a parity attack might be your only choice, as you believe you have a moral duty to protect your "kin and kith," as Putin just called the people of Donbass/Novorossiya.

This fight is far from over. Russia still maintains a 1000 km front in Ukraine (the distance from New York to Charlotte, NC). They lost the exposed northern tail of the front, fighting a retrograde battle with a thin ring of second-echelon guys. Now they are out of Kharkiv vicinity, but they have a more natural obstacle to anchor along (a river). They lost a little on the Kherson front, but Ukraine's counteroffensive appears to have stalled for now and Russian artillery continues their mission.

Russia is about to consolidate their success in Luhansk, Donetsk, Kherson, and parts of Zaporizhia. Investors say: "it's never wrong to take profit." Russia is taking profit for what they can take, now. They are taking what they believe they can secure, for now, and when they believe the time is right, they will make another push for Odessa and points afar. A lot of dynamics "get a vote," including Ukraine, NATO, economics, and winter.
A

Orthodox Inquirer
guys is there actual proof or HD quality video of war taking place in ukraine? I ont deny people are suffereing I just need some sanity checks

Acerza89 said:
guys is there actual proof or HD quality video of war taking place in ukraine?
Click to expand...

And there's a number of "Unperson" reporters + right wing "content creators" who are or have been in Ukraine while all this is going on.
For example, if you have seen LIra's recent videos you hear air raid sirens go off and there was one time you could hear a slight boom off in the distance. Is this suppose to scare Putin? A guy that can nuke them to nothingness.
I don't understand what this is suppose to be about.

There is probably no demographic more easily incited to mindless, manufactured outrage than sports fans, football hooligans likely foremost among them.
F

They're Poles. Poles hate Russians. They've been invaded by Russians, the country has been partitioned by Rusians and Russians stole part of their territory.

Just because the Poles have historical gripes, doesn't mean the rest of us can't think about it another way.
You must log in or register to reply here.
Share:
Twitter Email Share Link
Top