It seems that Odessa is not a priority for the Russians, perhaps because there are less strategic military targets there and also because the Russians probably consider it almost as a Russian city already, which is no longer so true after 8 years of Ukrainian propaganda.

These past few days, I heard news of progression towards Odessa many times but nothing much materialized except a few bombings and the situation is rarely mentioned in the news and social networks any more.

Orthodox
I'm not sure about this title since there is no sign of an Odessa siege. I will change it for now.

Orthodox
From an unknown Ukrainian source: Last night a large group of RU warships was about to launch landing on Odesa beaches. They approached the coast. RU was about to shell the beach. UA was about to shoot back, when they suddenly withdrew. Reports that marines from Crimea refused to attack Odesa.
E

Orthodox Catechumen
I have read that Russian troops that were in Mykolaiv have left; and instead of heading west towards Odesa they have gone north and east to Bashtanka and Snihurivka.

Philosopher said:
From an unknown Ukrainian source: Last night a large group of RU warships was about to launch landing on Odesa beaches. They approached the coast. RU was about to shell the beach. UA was about to shoot back, when they suddenly withdrew. Reports that marines from Crimea refused to attack Odesa.
Click to expand...

I heard from locals who live in Odessa that shores are heavily mined.

Orthodox
Also unconfirmed reports of bad weather in the Black Sea. Russia will probably jus surround Odessa like they did with northern Cities.

elenore said:
I have read that Russian troops that were in Mykolaiv have left; and instead of heading west towards Odesa they have gone north and east to Bashtanka and Snihurivka.
Click to expand...

If they go keep going straight north of Mykolaiv they would essentially cut off eastern Ukraine from the west,( south of the Dniepr) which seems like the right approach.

Orthodox Catechumen
Now this would suggest they do plan to invade Odesa, and then from there move into the Transnistria region of Moldova. 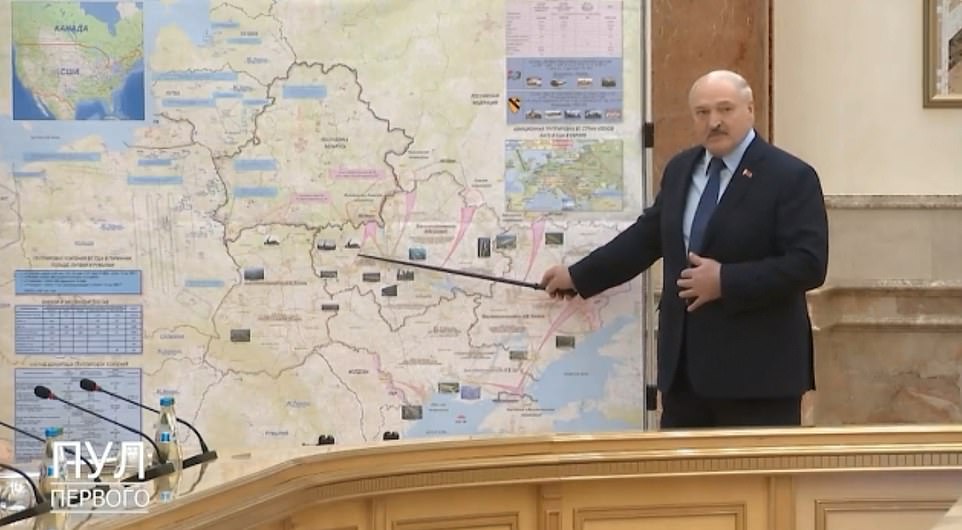 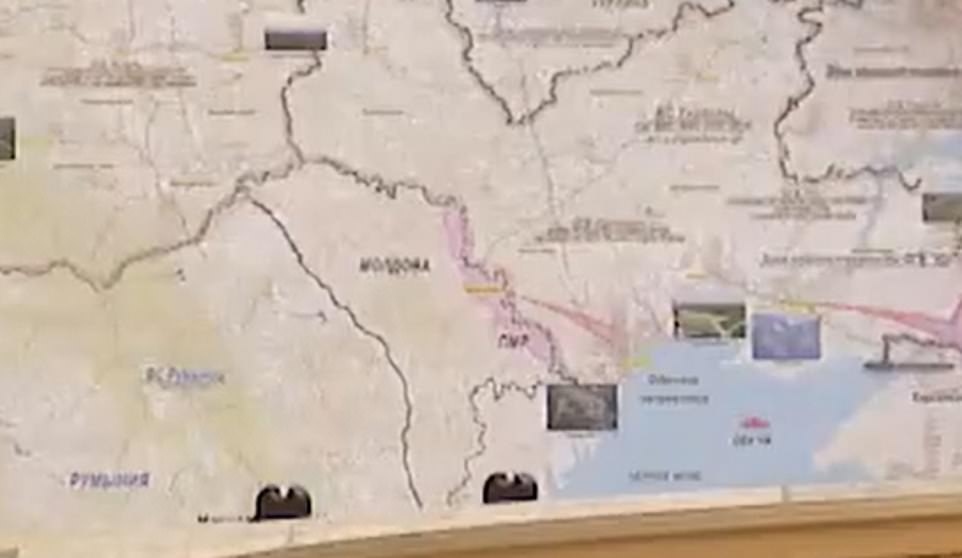 It seems that the Russian troops finally conquered Kherson fully and that they are now headed to Mykolaiv.

Only after that, they will approach Odessa.

I think Putin's Plan A was to encircle Kyiv and hope for a negotiated surrender.

If they have to fight tooth and nail, then he will turn off the heat, water, electricity, internet he's not going to settle for eastern Ukraine and will take the whole damn thing and Transnistria.

Lika said:
It seems that the Russian troops finally conquered Kherson fully and that they are now headed to Mykolaiv.

Only after that, they will approach Odessa.
Click to expand...

"I think that this map is self-explanatory, especially since the only major change is in that pink box. What we see here is what looks to me like an envelopment of the city of Odessa and the surrounding towns"

The Siege of Odessa might be coming after all...

Other Christian
Gold Member
An amphibious assault on Odessa is looking likely.

Catholic
Gold Member
^Are those the same "locals" that burned alive dozens of protestors in 2014? 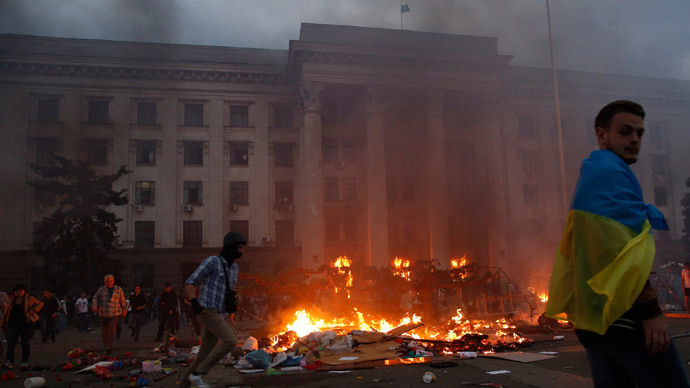 39 anti-government activists have died in a fire at Odessa’s Trade Unions House. Some burned to death, while others suffocated or jumped out of windows, the Ukrainian Interior Ministry reported. The building was set ablaze by pro-Kiev radicals.

Belgrano said:
There's some speculation that Russia might attempt an amphibious assault on Odessa soon:

I really wouldn't want to be that lead ship of the Russian landing convoy. I assume the Ukrainian Navy would have laid sea mines outside Odessa while they still had the ability. If you notice the landing ship convoy, the lead ship is clearly the smallest so as to mitigate potential losses, or it is a minesweeper which are smaller ships. Below is a newly launched minesweeper of the Russian Black Sea fleet. They also tend to be very slow and very soft targets. The one below has a fiberglass hull so as not to be magnetic.

Edit: I wouldn't rule out a naval invasion just because the Russians haven't quite made it to the city from the North. A supporting paratroop drop would be very doable as Odessa is not far from Crimea. Also the risks are lower because they are at most only a few days from being linked with the Russian forces in the East. If the sea landing fails, the paratroopers won't be stranded for long, and if the sea landing fails, well, Odessa has put substantial resources in preparing for a beach landing and I am unsure how many resources they would have to defend against an air assault.

It is a difficult situation for Odessa. Russia simply has more resources to throw at them. They have three means of attack against Odessa, and they only need one to work. No matter what, the fighting will be intense as paratroopers and marines cannot retreat, and soon the Ukrainian forces in Odessa won't be able to retreat either.
Last edited: March 15, 2022
K

My minesweeper hypothesis seems to have been correct.

Other Christian
Gold Member
One of the perpetrators of the 2014 Odessa massacre has been caught.

This is Alexey Klimenko, a member of the ATO and a radical nationalist. His story is readily apparent from his tattoo.

When he was 16 he joined the ultras of Kharkiv's FC Metalist. Yes, the same one that took part in the burning of the administration in Odessa in 2014, but more about that in the next post.

Now Aleksey apologizes, saying that he realized everything, but at that time, he said, he had nothing in his head. Fights and drugs were more interesting back then.

That's why I decided to tell his story. No, it didn't move me. They're all bunnies and fluffy bunnies when they're cornered.

I think his story is an example to others. Young guy, in his prime. How many others were like him? How many have been brainwashed into thinking neo-Nazi ideas? What else do teenagers with adrenaline rushing out of every crevice need? Total freedom and encouragement of all actions (well, of course, criminal ones). As you understand, drawing has not been done with these kids.

And here is the story I promised in a previous post about the ultras and looting in Odessa on 2 May 2014. Euromaidan supporters and opponents clashed.

The direct involvement was taken by FC Metalist ultras (the team started to play that day at 17:00). After 18:00 the ultra stands were almost empty. Fans joined their comrades in the city centre.

Closer to 20:00, events were already unfolding near the House of Trade Unions. The building is beginning to burn, Molotov cocktails are flying, people are locked inside.

Alexei tells how his acquaintances were ACTIVELY involved in setting fires, and in beating people who had fallen out of the windows of the burning building. Forty-two people died.
As you understand, no one who took part was punished. Moreover, these butchers are still at large, living happily ever after. This stigma stays with them forever. And there is a feeling that everything that is happening now in Ukraine is, among other things, payback for that bloody day in May.
Click to expand...

A great video from 2014 on the massacre and the political context. Look out for John McCain and Victoria Nuland!