Orthodox
Gold Member
I took a flight in the last few days within Europe on a standard passenger jet (hundreds of seats) and almost no-one was wearing masks.

That is the first time in years. Reason to smile. The flight was not empty wither, perhaps 70% capacity. I would estimate 2% of the passengers were wearing masks, the staff were not wearing masks.

When I looked at the few passengers who were wearing masks I did not think "must have a health condition and worried", but I thought "traitor!", especially for this one woman ("virtue signaler" = "traitor"). Similarly I saw too people spray their hands with antibac before going into a store today and just thought what idiots and traitors.

Anyway, an unmasked flight in a standard passenger jet in Europe is a sign that not everyone or every country is up for this nonsense. That's why I can't really buy into all the doom stories, there's too many examples of people not giving AF about it.

Gold Member
What was the flight operator?
S

Mountaineer said:
What was the flight operator?
Click to expand...

You know, last time I blurted out the details of a white pill, within DAYS the white pill was gone

Scroll up and you'll see..

I'll PM you guys so you know I'm not making it up but there are a lot of people surveying this forum, not sure it is wise to tell all the enemies of freedom about pockets of freedom so they can then go and destroy it.
S

Still one of my favourite memes during the Plandemic.

The first demonstration against covid passports will be held in the city I live in on Saturday.

The mayor will introduce covid passports in restaurants and bars, and the city will be a national pilot project in this regard. He stated the following last Friday in the newspapers:

"We have had campaigns to make people get the vaccine, but it has not been working well enough. The situation now is that the people who are not vaccinated are the ones who spread the decease to the vaccinated. I believe the covid passports will function as a tool to make the unvaccinated take the vaccine"

So basicly he is in clear violation of the constitution and the Nuremberg codes. I have already been in contact with the police to file a report against him, and took some advise on form and procedure on this. This has also been discussed with the organization for free choice of vaccines that I am a member of. I will keep that action up my sleeve and decide at a later point what I will do about it. I have a few other ideas also that I`ll might bring up later.

I also want to mention that the organization I refer to is really at it both in developing their website, but also the time they spend to answer government hearings that are issued on these matters. They have made some excellent flyers, and funding does not seem to be a problem. One flyer is directed at young people who feel pressured in school, and another for parents in regards to young kids in school. I have received 500 flyers for the latter, and will start distributing them next week. I took 1000 last winter, so hopefully it made some people think twice.

I have used the quote from the mayor for what it is worth at work. People are shaking their heads and some are saying "history repeats itself" I know of two people who are extremely hesitant to take a booster, and there are probably more. This is how one conversation went:

You have to let people wake up at their own pace... a simple "no" in this situation is in many cases the affirmation they need to stand up against it. I was surprised to find one more person who has not taken it (and her family is strongly against it)

After the demonstration on Saturday my small group of unvaccinated people will be heading to my cousins summer house for great food, some drinks and Monopoly. This have now become our way of going out and socialize. In the meantime the rest can enjoy their 3x priced drinks in bars, while being required to sit at the table. If they go to the rest room or leave the table they have to mask up.

They are coming for us, but still I feel much better this winter vs last winter. It will still suck if I lose my job, but so far so good. I am not gonna hide my stance, but chose my words carefully.

Orthodox Inquirer
I see significantly fewer masks in the supermarket since the mask mandate was activated again last week.
T

Be it nurses, police or regular workers. Many people have refused the jab even if that meant losing their employment. In terms of masks and the jab, there's a bit of an uptick, which I attribute to the colder weather. Overall, I see a broader reaction occurring not just with Covid by with the entire liberal-socialist agenda. Our side is starting to dig in.

This is huge...no question, one of largest white pills since it all started. Other nations must follow ..

Viktor Zeegelaar said:
I see significantly fewer masks in the supermarket since the mask mandate was activated again last week.
Click to expand...

I see more masks here but the level of anxiety is as low as during summer.
P

drugs will solve our problems while
they profit from our consumption

kids with healthy immune systems
instead they punish insurrections

that fight for freedom from the
infectious disease that is control 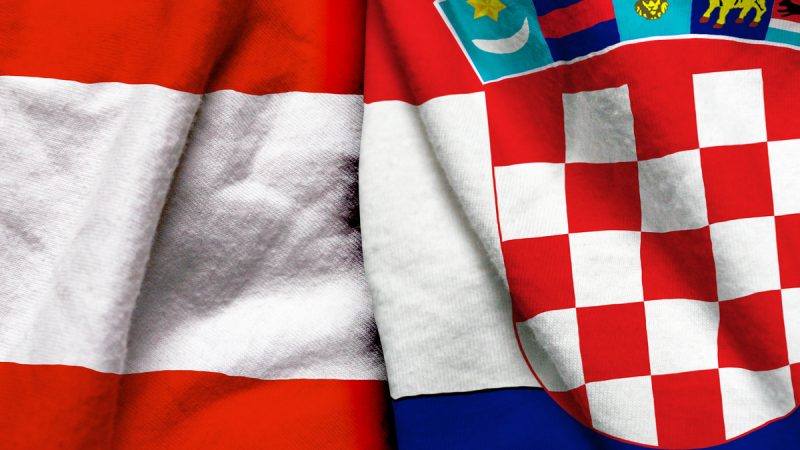 President Zoran Milanović said his office would summon the Austrian ambassador to convey his concern over “fundamental human freedoms”. He also said if the Dutch can comment on Bosnia and Herzegovina every week, he can comment on the situation in Rotterdam.

Austria summoned the Croatian ambassador on 18 November after Milanović commented on the Austrian government’s anti-COVID-19 measures, noting that they were reminiscent of fascism.

“Comparing the measures against the coronavirus pandemic to fascism is unacceptable. It is our responsibility to protect the citizens of Austria, and we are acting accordingly,” APA news agency quoted the Austrian ministry as saying.

“Our ambassadors are constantly summoned over some nonsense, so we will summon theirs,” the president said.

Commenting on the latest developments, Milanović said some Western European countries kept criticising Hungarian Prime Minister Viktor Orbán and the Poles, while some of them behave as if they are “sacred cows that do everything perfectly”.

“No, it’s stupid. It is not scientific, and you terrorise people. Given that this is the European Union and I am a European statesman, I have a problem with that,” Milanović said.

“Your people have revolted (against COVID measures). Not immigrants but blond and blue-eyed Dutchmen. Use your head, gentlemen,” Milanović said, referring to violent riots in that Dutch city over the weekend.

Commenting on increasingly stringent restrictions being imposed to stop the spread of coronavirus, Milanović accused “dull-witted” Eurocrats in Brussels of such policy, adding that no such restrictions are in place in the Scandinavian countries.

Gold Member
I wonder how much of it is Croatian spirit and how much fake theater.
Z

Milanovic, as president, has no executive power whatsoever. He can only talk the talk. Do I think his opinions are genuine? Yes. It’s good to have someone in a prominent position who is questioning the official narrative.

Gold Member
Is he a member of WEF?
H

Just a note: I have changed my vote from Lukashenko to Bolsonaro in the pinned poll on top of this page.

hkhathaj said:
Just a note: I have changed my vote from Lukashenko to Bolsonaro in the pinned poll on top of this page.
Click to expand...

Bolsonaro appears to me the only political leader standing who wasn't in on this from the beginning. He was genuinely surprised when this hit, whereas almost all of the others just went into operational mode straightaway after they received the memo.
T

Viktor Zeegelaar said:
Bolsonaro appears to me the only political leader standing who wasn't in on this from the beginning. He was genuinely surprised when this hit, whereas almost all of the others just went into operational mode straightaway after they received the memo.
Click to expand...

Is bolsonaro doing anything to fight it these days?
H

tom said:
Is bolsonaro doing anything to fight it these days?
Click to expand...

I don't have much clue. I have heard that Lukashenko started to cuck on the Covid question and thus I had to switch my vote. But I am not sure about any of the two.

I have read a few articles that suggest that Bolsonaro is in a fight to stay in power. I have also not yet heard him cucking for Covid. The one who does not cuck for Covid is the hero these days.

Brazil: Bolsonaro Tells Everyone to Buy a Rifle Ahead of Election - Daily Stormer