grenade001 said:
I voted for Lukashenko for first place. He is maintaining traditions, taking the high road. Also avoiding taking the easy out that is potential EU membership, which would turn it into another Poland.

#2 would be Trump. Trump is genuinely the most intriguing mind of this century so far. This is despite some of the doubt in Trump, and the hyperbole that (mainly) Leftists make mention of.

After reading "The Art of the Deal", and "Think Big", it's apparent that Trump thinks BIG and thinks with OPTIMISM. No one can deny his strong mindset, and the sheer stamina he has (regardless of age).

I believe that Trump is fighting the good fight him. He most likely views himself, as one of many Great Men who contribute to the great volume of history. For Trump, it is the process, and the action that drives him.

Salvini, Bolsanaro, and Putin would round out the Top 5 for me.

I have no knowledge of the Leader of Tanzania to hold an opinion one way or the other.
Click to expand...

Not to go on a tangent, but how do you think Belarus resolves? Thank.
P

the high said:
Seems in accordance with the theory that they want to specifically collapse the West. Everything else is just collateral damage I guess: Japan suicides rise as economic impact of COVID-19 hits home
Click to expand...

I hadn't seen those suicide stats. Pretty grim. I wonder if it will make Japan back away from its suicidal plans to import foreign labor. I know many Japanese out of work now but still see many low level service jobs being filled by foreigners.

Folks where I`m at (Norway) are as brainwashed as ever it seems. Although I`ve yet to wear a face-mask in my entire 40 year old life, it`s getting harder and harder to avoid that. It really feels like putting one on is symbolically bowing down to the will of the beast/elites/them, whatever you want to call the forces that be. I guess the old saying that; "when the pupil is ready the master will appear" can be translated into; "when the people are ready the proper/based leader will appear" also.

But when do the people actually get ready for that leader? It could be that the falling testosterone levels for example has made it so that (in the West at least) where men would otherwise revolt and fight back, meaning at other junctures in history, they will fall in line instead in the current era. This might again be explained by biological changes (like hormone alterations) as a consequence of the hormone disrupting substances in the environment and insulin resistance etc. I believe that this is a quite viable explanation as to why we see that most modern western men are going along with the agenda at any given time. Females will always fall in line and be followers of the "strong man." You can`t really blame them for that either, as it is in their nature to do so. But that men don`t revolt at this stage is a bit alarming to me.

You are almost tempted to conclude, or at least speculate, that the vegan and anti-meat agenda is somewhat related to the desire to control men via lowering their T-levels, and thereby altering their behaviour. Might seem far fetched, but it would be an additional reason to push all this crap on people. (in addition to making money that is) There seems to be somewhat of a correlation between men`s behaviour and the levels of insulin resistance/diabetes/obesity in a population at least. Masculinity is in other words inversely correlated with the metabolic syndrome/IR/obesity. Adiposity or fat accumulation will increase aromatization of testosterone into estradiol, and the skinny-fat and feminized (urban) man has almost become a meme in the Western world.

I guess the white-pill here could be that there is a growing interest in the Paleo/Carnivore and ancestral health approach, and that could translate into more masculine men in time. You can`t help but notice that the fault lines in politics and nutrition seem to overlap to a great extent, so there just might be something to that idea. In the mean time, eat some grass-fed fatty red meat and bone marrow if you can get a hold of it. Bone marrow is a white pill in and of itself.

kel said:
Of those choices I'd say Bolsonaro. Duterte should be on the list, IMO.
Click to expand...

"I regret the deaths. I really do. But we're all going to die someday. There's no use fleeing reality. We have to stop being a country of fags.... We have to face up to it and fight. I hate this faggot stuff."

lol, did he really say this??

Fake news as fake news are.
Maricas is a portuguese word that can be for fag or for fearful. It strongly depends on the context.
The context was clearly "fearful" and not "a bunch of homos"

Wreckingball said:
Fake news as fake news are.
Maricas is a portuguese word that can be for fag or for fearful. It strongly depends on the context.
The context was clearly "fearful" and not "a bunch of homos"
Click to expand...

Marica can mean fearful, but it's a derogatory wording like telling someone he's being a "pussy" in English.
In Brazilian slang marica means sissy boy or effeminate man:

Google's free service instantly translates words, phrases, and web pages between English and over 100 other languages.

It's not far removed from the even more offensive "viado", which would be the most literal translation of "faggot".
This dictionary says marica is a Spanish word Brazilians use instead of viado: 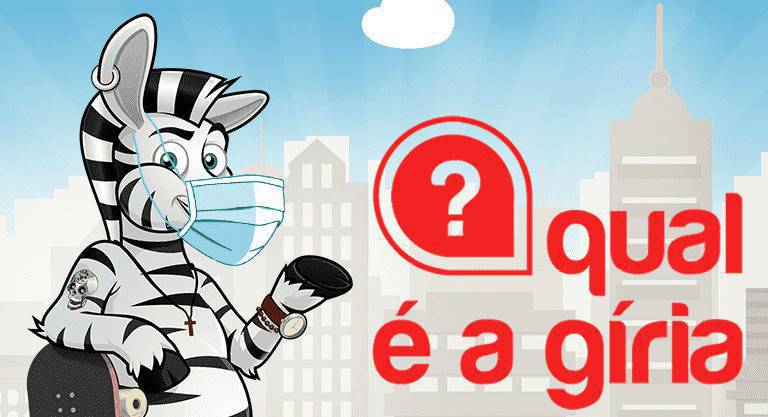 Listen to this song loud. Guaranteed that any feelings of despondency will disappear. After listening to this in the morning, "losing" is abstract from my perspective. Wouldn't know what it looks like if it hit me in the face!

'Despite the lack of evidence, in May a YouGov poll of 1,640 people suggested 28% of Americans believed Mr Gates wanted to use vaccines to implant microchips in people - with the figure rising to 44% among Republicans.'

44%... what a bunch of crazy conspiracy theorists.

I like the optimism in this thread. Kudos for starting it.

But we must be the change. I have joined and networked with a group of local peaceful folks who are almost more woke than I am. That is good. They are out there.

But I did not do a great job at the outset. I referred to people as Normies and thats not a good way to approach my fellow man....I don't want to burn bridges when that is what the globalists want. We must resist their desire to divide and atomize us.

Unlike many of you of in red states I live in a vicious blue state where people wear the masks in even deep nature....my only true escape from this madness. They are so fear programmed and it makes me so sad/angry at the same time. I don't wear the mask outside but I do step aside and let folks pass and I try to do it with a smile on my face even when they slam the mask up in front of me and look at me like I'm deranged. It's so hard to maintain frame.

We can't defeat the spark of optimism and hope. Then they win.

Johnnyvee said:
You are almost tempted to conclude, or at least speculate, that the vegan and anti-meat agenda is somewhat related to the desire to control men via lowering their T-levels, and thereby altering their behaviour. Might seem far fetched, but it would be an additional reason to push all this crap on people. (in addition to making money that is) There seems to be somewhat of a correlation between men`s behaviour and the levels of insulin resistance/diabetes/obesity in a population at least. Masculinity is in other words inversely correlated with the metabolic syndrome/IR/obesity. Adiposity or fat accumulation will increase aromatization of testosterone into estradiol, and the skinny-fat and feminized (urban) man has almost become a meme in the Western world.
Click to expand...

I now believe that the war on eggs is really a war on cholesterol....an essential food for men, the building block of testosterone.

andy dufresne said:
I now believe that the war on eggs is really a war on cholesterol....an essential food for men, the building block of testosterone.
Click to expand...

Yeah, and cholesterol is essential for the mobilization of the immune system also, during an infection like Covid for example. The cell membrane is made out of cholesterol after all, and during an immune response cholesterol is required to make a lot of cells fast. This lack of cholesterol is probably related to the increased mortality seen in people that take statins in the long-term. You make yourself more susceptible to anything from viruses to cancer with the suppressed immune function due to lower cholesterol. The best way to reduce cholesterol, if it`s even a point to do so, is to get some sunlight, as that will enzymatically transform some of the circulating cholesterol to vitamin D.

But I really think that high cholesterol in humans with CVD is just a correlation with leptin and insulin resistance, which is the real problem in CVD. (things like sugar glycating proteins, that then get stuck in your arteries etc.) But you can have high cholesterol on a Carnivore/Paleo type diet and be very insulin sensitive, so it`s only a correlation. I.e. Westerners that eat a lot of meat in general, also happen to eat more sugar, smoke, drink, not exercise that much and so on. But of course, you don`t have to do those things if you`re a meat eater. Btw, I often add a few raw egg yolks on top of my grass fed rib eye these days. Works a treat with quality eggs at least.
Z

Mountaineer said:
I admire your optimism but Trump moved funds from WHO to Gates's GAVI and brags about the warp speed distribution of the vaccine for God's sake! He's not our man or at least I'll believe it when I see it. I lay my hopes in no man, only in GOD.
Click to expand...

Yeah people underestimate how pro-vaxx large segments of the population is.
L

The vaccine white pill in case you absolutely must take it:

Posted some information on it in the vaxx covid thread. It's supposedly old tech and not mrna experimental tech. Also you will have to order it from Russia since few countries will have it - Israel, Hungary, Russia. It is stored the old way in normal fridges and can be applied by your local MD, nurse - not in militarized mass-vaccination checkpoints with the vaxx being stored at temperatures of -112F.

Though it remains to be seen whether they will allow you to take it. But if you flew to Russia and came back with a certificate, then it would be hard to vaxx you again with a different product.
Z

the high said:
Yeah people underestimate how pro-vaxx large segments of the population is.
Click to expand...

Actually the majority is pro vaxx.

Erie County NY'ers standing up to law enforcement. In case YT yeets this video, I will mirror it in my BitChute.

Since the Godless liberals/Dems seem so afraid of this, they'll be the first in line to get the Kill Gates Jab....cus science.