Our schools are next

Handsome Creepy Eel said:
Can someone help me understand the problem here? The police officer saved Darrell from being killed by knife-wielding maniac. If you come across a crime in progress where one person is threatening another's life, are you supposed to just pat them on the back and go on your merry way?
Click to expand...

I think we're going to see A LOT of police officers either go on strike or resign over the next little while. It's becoming impossible for them to do their jobs and those jobs are now getting put on the chopping block with these insane "defund the police" campaigns.

Garuda said:
article connecting the riots with the Marxist surge that went through our educational system in the 60's.
Click to expand...

It’s got the basic idea about the cultural Marxist movement but it didn’t specifically mention Howard Zinn. When his revisionist version of history started being taught in schools it set the stage for tearing down statues twenty years later.

At least the ending is in the title: The School that Tried to end racism.

Orthodox
Gold Member
^ This is the full video of that Channel 4 news segment.

Schools are a joke. My experience is with a stepdaughter in the 2000's. She was a horrible problem child but then what could you expect. On many time I rembember having to go up to the elementary school where she attended because of forgotten lunch money or some similar crap. One of the first things I noticed is that these young, elementary school kids have no discipline. Kids were walking outside the school class was in session. As I enter into the school nobody was guarding the door, kid are roaming the halls. As I find the office the women running that institution completely ignore me until I vocally make myself known. A total F*&ck *P as far as running things I thought.

Later as the child grew older I was again called, many times since her mother would never respond to their calls, go figure. Well, I would regularly go into these schools, walk straight through the doors, metal detectors going off like crazy, nobody, NOBODY ever poked a head out to see what was going on. Get this, I am ALWAYS armed, always. Nobody cared, I would wander the halls trying to find the office, but what if I was a crazy person?

I remember on time a school called me, a bad school where they send bad kids, the child had drank an alcholic beverage that her mother bought for me but which I did not drink because it was some kool aid crap with a million points content. When she got to school she was wasted. They called me, I went to pick her up, they had me in the office, she was there passed out in a chair. They gave me the third degree, two of them, a white female and a black man. When I listened to them and laughed in their faces for the ridiculous crap they fed me they said I should take her home. They tried to wake her, wake up "name", wake up. It didn't work, so I reached over and gave a gentle tug on her ponytail, she woke right up but GOD FORBID! The sound of their breath being sucked in and the widening of their eyes was hilarious. They thought I was abusive. Idiots, all of them.

A nursing dean was fired for saying "BLACK LIVES MATTER, but also, EVERYONE'S LIFE MATTERS" and "We are nurses. We care for everyone regardless of race, creed, color, religion, ethnicity, ability or gender preference."

She speaks about her Jewish grandfather. I'm curious if that will have any affect on how her story plays out. 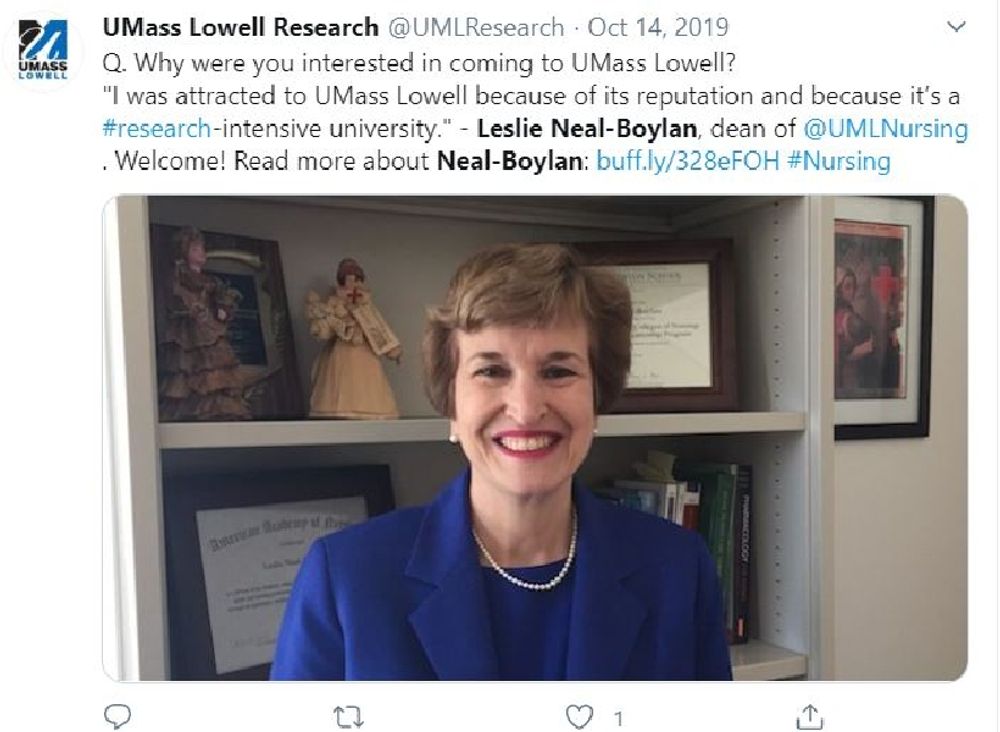 Campus Reform obtained a letter allegedly authored by the dean, which states, "I was condemned without trial." 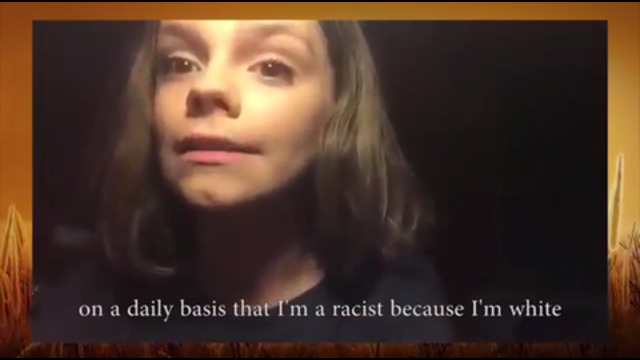 www.bitchute.com
If anybody here has kids in school or knows of anyone who does I can’t stress this video enough. If possible share with whom you think might be open to it or say something like “hey saw this video wanted to get your opinions on it” etc etc. share it far and wide.

Jsjtwylight said:
Yep the schools are done. Every one in the system is in one of 3 categories. 1.ignorant Kool aid drinkers. 2. People who get it but moraly can care less(aka make it to retirement) 3. People who get it and quit or are leaving because they know everyone else is in the first 2 categories.
Click to expand...

Jsjtwylight said:
Yep the schools are done. Every one in the system is in one of 3 categories. 1.ignorant Kool aid drinkers. 2. People who get it but moraly can care less(aka make it to retirement) 3. People who get it and quit or are leaving because they know everyone else is in the first 2 categories.
Click to expand...

Does this include Christian schools?
K

budoslavic said:
^ This is the full video of that Channel 4 news segment.

Protestant
There's an uproar in Pennsylvania over new BLM curriculum .

TigOlBitties said:
Sending your kids to public schools in a heavily left-wing area is basically child abuse at this point. It's asking for them to be brainwashed, and enabling the madness.

Hell, this applies to raising kids in heavily left-wing areas too.
Click to expand...

Another factor is where and how teachers get certified. My degree wasn't in education but it was easy to become a teacher. All I needed in my area was a degree didn't matter which. Second most campuses have their education department right next to arts and psychology, so there is alot of fraternities within those majors on campus. This is also explains why the left has a huge emphasis on education, they all run in the same social circles. Aspiring artist, therapist, teacher, gender studies etc.

This is really unfortunate. When teachers are forced to deal with students physically they are not trained in restraint and can easily lose their live's work in a moment of anger. Many teachers are simply smaller than the students too and there is just no safe way to restrain them in need be.

Orthodox
Gold Member
This is shameful what has become of America's education system.


Thread continue
==========
She has been and will always be taught that everyone is equal. She will not be ashamed of her skin color.
...
The white kids told the Mexican girl to “Go back to the Mexican school!”

...
The Mexican kids were sent away and forced to sit in the dirt with flies around them and an electric fence that shocked them because white people are bad.

This is NOT a civil rights lesson.

This is self-hate & fake white privilege.

A concerned father uploaded a short video begging for Americans around the country to put a stop to an alarming trend that’s spreading around public schools in the United States. Matt Moss, the parent of a young girl who is currently learning remotely thanks to pandemic restrictions, warned his followers that his child’s curriculum has been dramatically altered in order to incorporate the teachings of Black Lives Matter.


Nationalist Review can report that multiple organizations are involved in the effort to change lesson plans in classrooms throughout the country and we can also name the primary group spearheading the campaign.

But first, while we’re still working through the documents, but we’d like to share a number of quotes from the one’s we’ve reviewed so far. We’re particularly alarmed by the political lesson plans they’ve put forward for kindergarten.

Black Lives Matter At School, a group that has been building lesson plans for at least three years, has developed brainwashing programs for teachers to implement and their guidebooks offer advice on how to embed politics into grades as young as kindergarten. Here are just a few of their tips on how to manipulate children who are mostly still learning to tie their own shoelaces:

Diversity: “Different people do different things and have different feelings. It’s so important that we have lots of different kinds of people in our community and that everyone feels safe. Another way to say that is diversity.”

Globalism: is our ability to see how we are impacted or privileged within the Black global family that exists across the world in different regions.
“Globalism means that we are thinking about all the different people all over the world, and thinking about the ways to keep things fair everywhere.”

Transgender Affirming is the commitment to continue to make space for our trans siblings by encouraging leadership and recognizing trans-antagonistic violence, while doing the work required to dismantle cisgender privilege and uplift Black trans folk.

Schools Throughout The Nation Have Bent The Knee

Black Lives Matter At School’s initial push to shift education towards their political goal came in the form of a single-day protest that took place in Seattle during October 2016. Since then, thousands of teachers throughout the country have participated in what the organization refers to their week of action.

But this year is different.

Now the group is setting their sights on a new target: a year-long campaign to implement a new educational program that praises infamous black Americans from Trayvon Martin to the Black Panthers.

The lesson plans include hundreds of files, created by dozens of education activists, and targets children as young as five with shamelessly political propaganda. The whole point is to manipulate the youngest of children while they’re still highly impressionable, obedient towards authority, and away from the supervision of their parents.

And the network of groups involved in this effort is serious. They’ve deployed an army of activists, lobbied school boards, pushed town committees and city councils, and have partnered up with teachers unions.

We have a lot to update you on and many documents to reveal and will do so in the coming hours. For now, we wanted you to hear Moss’s warning.
Click to expand...