AnonymousBosch said:
Whomever could have guess the media takes statements and heavily edits them to present the narrative they've already decided? If only anyone here had experience in observing this pattern again and again and again...
Click to expand...

Perhaps the Pope would do well to have documentaries made by the Roman Catholic Church? These would be under the production and creative control of the Vatican to ensure the content is proper and unambiguous.

While the media can be blamed, we obviously have some sensitivities on certain hot button social issues of the day. Rather than allow people to be scandalized by secular or jewish media, and present ambiguity, it would be best for all involved if the message was managed and precise.

Lets take a look at the director, and his intent, both of which are public:

Evgeny Afineevsky (born October 21, 1972) is a Russian-born Israeli-American film director, producer and cinematographer who lives in the United States.
...
Afineevsky, largely supportive of Bergoglio as a personality and contrasting his leadership to Donald Trump (who Afineevsky opposes), released the documentary in the lead up to the 2020 United States presidential election saying "What I’m trying to do, I’m trying to show to the people what they’re missing
...
Afineevsky has previously created a comedy work about homosexuality entitled Oy Vey! My Son Is Gay!!.
Click to expand...

Why let a faithless Jew portray the Supreme Pontiff in whatever light he likes? This is akin to the Czar having a Bolshevik do a Documentary on him for distribution to the people.

Augustus_Principe said:
The archbishop of Argentina stated "Convivencia" and "civil union" is the same thing in Argentina, where Pope Francis is from...

It never ends, folks. Pope Francis is a master of ambiguity and he cannot give straight, concise answers

For those who cannot speak spanish, run the article in a translator

First paragraph translated by Google, but I can assure you it is correct:

"Archbishop Víctor Manuel Fernández, Archbishop of La Plata (Argentina) and theological advisor to Pope Francis, implied that for the Holy Father the terms "civil coexistence" and "civil union" are the same legal recognition for "very close unions between people of the same sex ”.
Click to expand...

I care less about the civil union thing and more about the family thing. To me it's obvious-ish at a glance/skim he meant homosexuals' existing families, rather than them adopting or creating new children.

AnonymousBosch said:
Huh, and once again, it turns out to be hysteria over deliberate manipulation of an interview in the film, where three entire paragraphs are clipped down to three sentences.

Whomever could have guess the media takes statements and heavily edits them to present the narrative they've already decided? If only anyone here had experience in observing this pattern again and again and again...

His points on civil unions here are perfectly logical, because it does not necessarily imply sexual activity.

In an October 21 post on Instagram, Torres said the original Spanish makes clear that the pope’s comments are not an endorsement of civil unions.

The priest said the phrase that has been translated by the media as “civil union” is actually better translated as “law of civil convivience” or “civil coexistence.”

By using this phrase, Torres said, Pope Francis is talking about some kind of legal protection, which the priest did not specify, but not a homosexual civil union.

But Fernández, Archbishop of La Plata, Argentina, said Wednesday that the pope’s term connotes a civil union as the term is commonly understood.

The archbishop posted on Facebook that before he became pope, then-Cardinal Bergoglio “always recognized that, without calling it ‘marriage,’ in fact there are very close unions between people of the same sex, which do not in themselves imply sexual relations, but a very intense and stable alliance.”

“They know each other thoroughly, they share the same roof for many years, they take care of each other, they sacrifice for each other. Then it may happen that they prefer that in an extreme case or illness they do not consult their relatives, but that person who knows their intentions in depth. And for the same reason they prefer that it be that person who inherits all their assets, etc.”

“This can be contemplated in the law and is called ‘civil union’ [unión civil] or ‘law of civil coexistence’ [ley de convivencia civil], not marriage.”

“What the Pope has said on this subject is what he also maintained when he was the Archbishop of Buenos Aires,” Fernández added.

“For him, the expression ‘marriage’ has a precise meaning and only applies to a stable union between a man and a woman open to communicating life…there is a word, ‘marriage,’ that only applies to that reality. Any other similar union requires another name,” the archbishop explained.

Fernandez said this view reflects the pope’s stance as a bishop in Argentina, when he proposed to brother bishops, during a 2010 debate over gay marriage in the country, that accepting civil unions might be a way to prevent the passage of same-sex marriage laws in the country.

The Vatican has not responded to questions about the documentary, or whether the pope’s comments represent his view on civil unions, but the prefect of the Vatican’s communications office, Paolo Ruffini, has seen the documentary and praised it.
Click to expand...

The Catholic Faith in the voice of the Magisterium of all times, the sense of the faith of the faithful (sensus fidelium) as well as common sense clearly reject any civil union of two persons of the same sex, a union which has the aim that these persons seek sexual pleasure from each other. Even if persons living in such unions should not engage in mutual sexual pleasure — which in reality has been shown to be quite unrealistic — such unions represent a great scandal, a public recognition of the sins of fornication against nature and a continuous proximate occasion of sin. Those who advocate same-sex civil unions are therefore also culpable of creating a kind of structure of sin, in this case of the juridical structure of habitual fornication against nature, since homosexual acts belong to sins which cry to heaven, as the Catechism of the Catholic Church says (see n. 1867). Those who advocate same-sex civil unions are ultimately unjust and even cruel against those persons who are living in these unions, because these persons will be confirmed in mortal sin, they will be solidified in their interior psychological dichotomy, since their reason tells them, that homosexual acts are against reason and against the explicit will of God, the Creator and Redeemer of men.

Every true Catholic, every true Catholic priest, every true Catholic bishop must with deep sorrow and a weeping heart regret and protest against the unheard fact, that Pope Francis, the Roman Pontiff, the successor of the apostle Peter, the Vicar of Christ on earth, uttered in the documentary film “Francesco” that premiered on October 21, 2020, as part of the Rome Film Festival, his support for civil same-sex unions. Such support of the pope means support for a structure of sin, for a lifestyle against the Sixth Commandment of the Decalogue, which was written with the fingers of God on stone tables on Sinai (see Ex. 31:18) and delivered by the hands of Angels to men (see Gal. 3:19). What God has written with His hand, even a pope cannot erase nor rewrite with his hand or with his tongue. The Pope cannot behave as if he were God or an incarnation of Jesus Christ, modifying these words of the Lord: “You have heard that it was said, ‘You shall not commit adultery.’ But I say to you that everyone who looks at a woman with lustful intent has already committed adultery with her in his heart” (Mt 5:27-28) and instead of this say, more or less, the following: “You have heard that it was said, ‘You shall not commit adultery’, ‘if a man lies with a male as with a woman, both of them have committed an abomination’ (Lev. 20:13), ‘men who practice homosexuality will not inherit the kingdom of God’ (1 Cor. 6:9); ‘the practice of homosexuality is contrary to sound doctrine’ (1 Tim. 1:10). But I say to you that for persons who feel same-sex attraction “we have to create a civil union law. That way they are legally covered”.
...

Chains of Peter said:
The answer lies with BXVI invalidly resigning the Papacy. Popes can and have resigned, but by Canon Law, he must totally resign the office--no more white cassock, no apostolic blessings, no more calling yourself Pope.

Furthermore, a resignation made out of substantial error, fear or simony is invalid--per Canon Law. Arguably Benedict resigned out of two of those three conditions: fear, because the Vatican is corrupt as heck and could have attacked him or his (now deceased) brother, and error in the sense that he attempted to create a bifurcated Papacy in the sense that he would remain a "spiritual" pope while someone else does the pope work.

Any conclave that is held while a valid pope is still living is automatically invalid, so by this line of argumentation, Bergoglio is not Pope.

Ann Barnhardt is the main proponent of the "Benedict is Pope" party. For the longest time I didn't care about the who-is-pope situation but after the Pachamama debacle and banning Easter, I had to seriously take another look. But more serious scholars are taking this matter seriously like Dr. Edmund Mazda. Previously, Fr. Nicholas Gruner of the Fatima Center supported it but he has passed away.
Click to expand...

Thanks for the concise write up. That's very interesting, I never gave sedevacantists any credence but that makes a lot of sense. 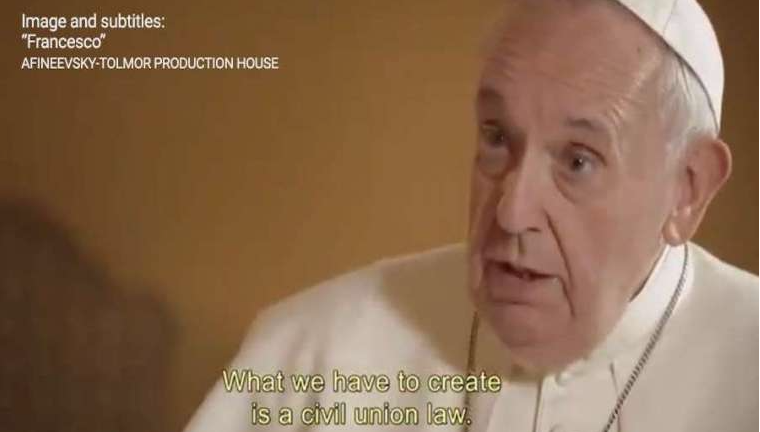 Pope Benedict, a good pope. Has good spiritual genes. His grand uncle from the 19th century called out the jews for usury and such.