I bought some cheap offal-type Serbian meat at the store and fried that shit up with some eggs.

Gold Member
I peed standing up.

I literally do man shit every day. Build a deck, butcher a lamb, fix the tractor.....flirt with girls, all to help remind myself I am a man, even though I cook, clean and shop because my souse has renal failure. I also man up and stick around to do my duty and care for her. Won't always be this way and I suspect in 5-10 years I will be a widower. I man up about that shit too.

My life is being a man, so it sounds weird posting about what manly thing I did. I didn't. I just was a man.

I also shucked and pounded back a 1/2 dozen oysters for a snack. Delicious. But a rare skill to have in your back pocket.

I think I may have saved someone.

There was this dude and he was/is a landscaper and he was doing a dangerous job on a high vertical ditch. The equipment was dangerously overloaded and he kept going. I saw he was about to crash and so I thought it was gonna be funny. I stopped to watch. He crashed and he was injured and it wasn't funny at all. He couldn't stop the lawnmower for spinning and he was trapped.

I threw my car in park and ran out to help him. It was kinda scary as shit--lawnmower, 42" blade just rolling out of control. Approaching it was like approaching a blender or a helicopter blade. So fucking silly.....


Other people stopped to help me. I fucking helped the guy from under the lawnmower, then without even getting his name I ran back to my car--I was blocking traffic.
L

I machined some aluminum parts on a Bridgeport mill.

I did some shucking and jiving myself today at the strip club. The one my girlfriend used to work at. Went at happy hour with some dudes.

See I've never been the long term relationship type, but I'm a quick learner. When you find yourself in what the kids call an "LTL" you gotta maintain that shit. The game never stops.

What you want to do is go to the strip club who's pole you removed your woman from and let the stripper gossip do its job. It took about an hour after I'd left for it to get back to my woman. Baby, I'm just out with my friends I say. But in her mind she thinks I may be shopping new strippers.

I say this with peril and I hope you guys are soft on me.

This isn't "manly" in the traditional sense, kinda opposite, to be exact, but please hear me out and understand that being confrontational and a complete asshole, does not make you a man. Why can't you be respectful and compassionate?

I went with my nephew to a place and other dudes started showing up--he asked, are you ready to fight, cuz these dudes are kinda sketchy.... I thought about it. I've been in combat, do you fucking know what it is to fight someone? I said, no! I'm not fighting anyone. This is a part of my life that is over. I don't ever again wanna fight someone, especially not some kid you have a high school problem with. Just not gonna do it. This shit is over.

What happens? A fucking fight breaks out. I'm trying to control the situation but the reality is--it's a fucking fight and you're in it, tuck your chin put your hands up and hope you don't get knocked out!

I got a few bumps and scrapes, no big deal, little bit of a black eye, whatever. My nephew didn't make it out so well---but, he started the fight (I think), not sure, but he was already talking about fighting before we even parked the car, so I'm pretty sure he's the guilty party.
Ya, that's what happened.

I didn't want to "fight" anyone. But, I got dragged into a stupid ass conflict, which I said I would not be a part of, but then what? My fucking family gets involved. He started getting his ass whooped.The seemingly developing conflict of, ""let it be a FAIR fight." Oh really? let's have a fucking battle in the desert. You can only bring two tanks.
And then this "other thing" appeared.
Your response is I'm bringing 40 tanks.

I think that's supposed to mean, you don't jump someone. They're boys, let them fight. But, I'm watching my nephew get his ass whooped.

Undertand that this is incredibly hard for me. Yeah, let the boys be boys!, But damn! he's getting his ass whooped and i'm standing there watching????

Not a manly thing: I went up and grabbed them both by the ears, snatched them up proper. My nephew was really violent, so he was problematic. The other guy wasn't so bad. just a shitty situation.


I guess my suggestion is just try to be cool.....And be cool to one another.

^^^ I agree, so long as its fight and not a beat down with intent to do real harm, let them duke it out a few rounds to get the edge off, then step in. The important part is how they felt after. If they were murderous then they need some strong words. If they can scrap it out and not hate each other after, thats a better and more manly thing IMO.

My manly deed of the day was to trap & kill two raccoons that had been picking off my poultry. I have no sympathy for those savage bastards, they thought they could steal my food, but didn't realize I am the apex predator on my property.

^^hahaha. lmao at the raccoons. Somebody was trespassin' in yo fishin' hole!

You know what the stupid shit about what I posted is they actually shook hands, apologized, and then had a beer. There was no more drama.
A

Went for a barefoot hike. Showered in a waterfall in the woods.
S

Here are pictures of the bow I mentioned earlier. Like I said, it is 45 pounds at 28 inches of draw length. If anyone maybe has specific questions, fire away. 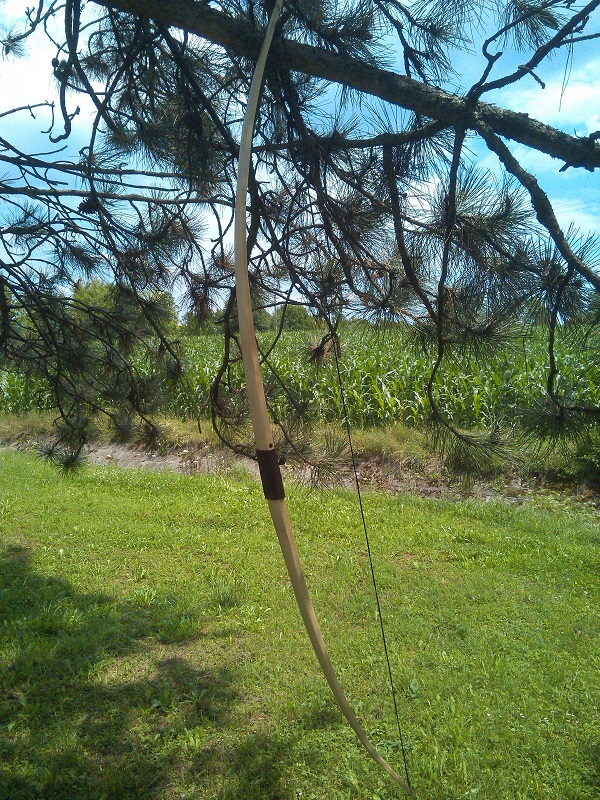 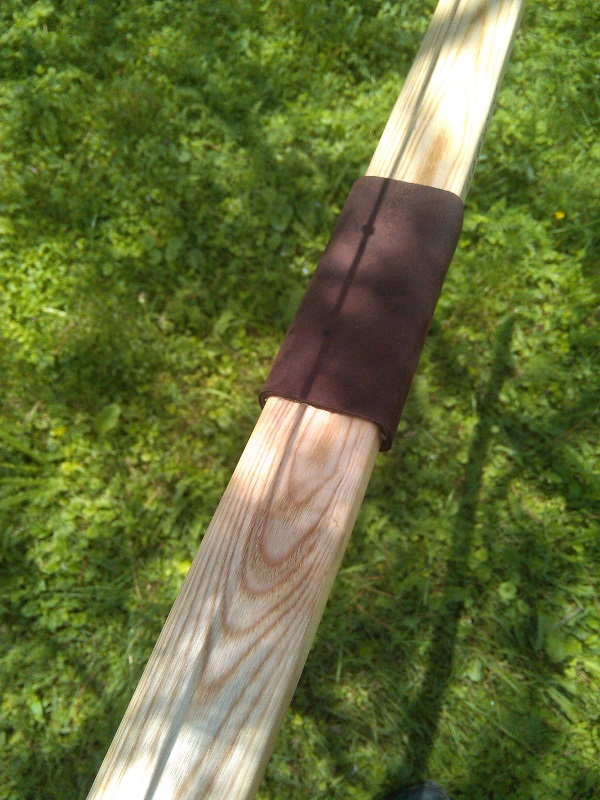 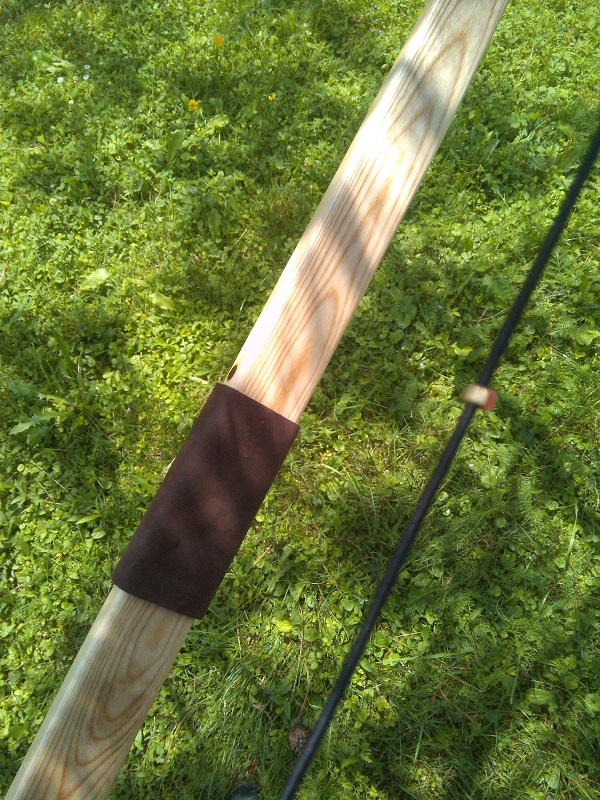 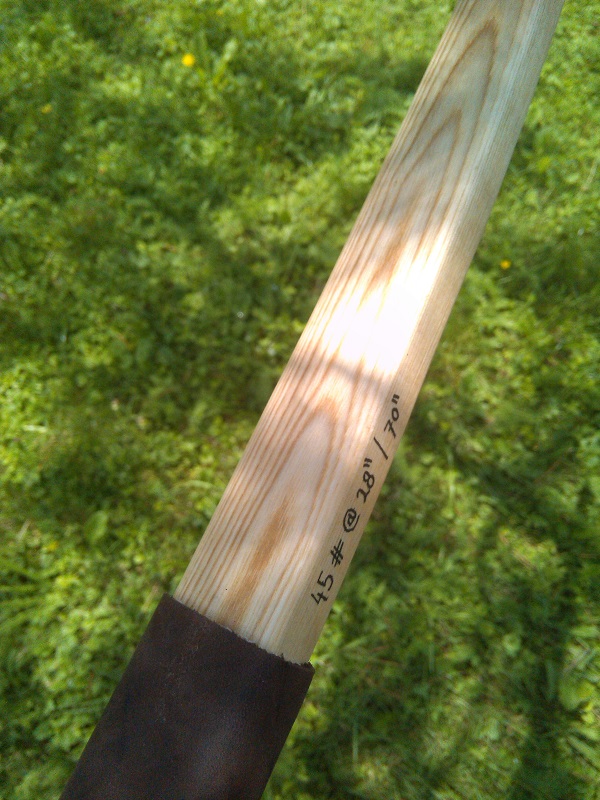 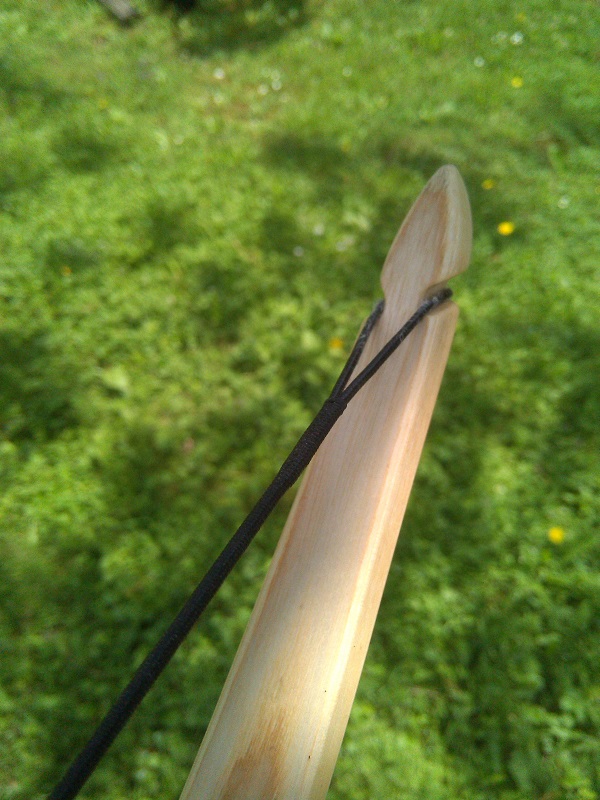 What kind of wood? Will you hunt with it?

Gold Member
Came up with a code phrase for my 15 year old son and I when we see an attractive woman. As neither of us are fans of camping in any form, so when one of us sees a nice piece of tail, we ask the other about camping.

“Dad, think we should go camping soon ?”
“(Son), what do you think about going camping this weekend ?”

While it’s not flawless, it at least puts the other guy on point that there’s a chick worth looking at, versus him saying, “Dad, look at that girl over there.”

And he’s getting better at spotting mother/daughter combos.

While I pepper him with light doses of female behavior (specifically SJWs and the like), I’m looking forward to buying him a lifetime RVF membership in a couple years.
S

YoungBlade said:
What kind of wood? Will you hunt with it?
Click to expand...

It's an european ash which had very weird growth rings to diameter ratio. As you probably know, each ring represents one year and as those accumulate, the diameter of the trunk thickens.
This ash was just 5 inches in diameter but had over 40 rings! I haven't seen anything like this before. I think it has to do with the fact where I cut that one; it was because of soil, elevation, almost rocky terrain, etc. The tree was probably subjected to slow growth because of not ideal growth conditions. This was a problem. The back of the bow has rings which are at some spots under millimeter apart, meaning a violation of the rings was inevitable (cut them several times unfortunately). But as it was so tight ringed, it wasn't really a big deal. I heard you can encounter same thing with tight ringed yew, where the yew will accept your errors and will not break.

No bow hunting because it is severely limited and/or prohibited in most places here. Too bad really, 45 pounds would be probably plenty for deer, but very much suitable for grouse. This will be my main practice bow. I am currently working on a cupboard which will be filled with various arrow stopping material and will become my portable and heavy duty archery target.

Gold Member
Woke up early and went to take care of some final and important paperwork for my family. Prepared an event for a really good friend. Prepared my big party coming up, sent out all the invites. Made some calls to deliver unhappy news...but necessary. Drove back to the beach and played volleyball with good friends, made new friends and played with them, even met a cute girl. Instead of giving in to the temptation to stay and eat out and drink I left and headed inland, to feed my family with meat my good friend provided and that I prepared, then sat down and watched a documentary on a very accomplished scientist and explorer with my mom. Held her hand some and laughed and enjoyed it with her. Being a good son to a great parent is a reward in love. Today was a great day.
G

Gold Member
I looked at my reflection and my dick got hard.

godfather dust said:
I looked at my reflection and my dick got hard.
Click to expand...

I held a gun to my head while I was shaving to keep myself from cutting my own throat.
You must log in or register to reply here.
Share:
Twitter Email Link
Top