People please do not buy things up and stockpile, this is insane. You'd be only contributing to fake "shortages" and creating them out of thin air. This hoarding is a sign of people going mad.
Especially please leave toilet paper isles alone, I think it's time for involuntary commitment of people stocking up mounds of TP, I swear. Hoarding razor blades? May be if living in Somalia.

Rice and beans aren't about to run out and you're not about to starve to death, folks (unless you're in poverty-stricken 3rd world country).
Click to expand...

Well, I'll just say this about "stockpiling" or "prepping" or however we term it.

I bought a 100 pack of Gillette blades (back when they were a masculine company) on ebay for $100 shipped. It took years to deplete them, and they fit in a box about 5" x 5" so not really taking up any space. These blades now cost $3 each.

So unless someone can point to some other opportunities to triple my money, I will continue to buy such items. My time is worth a lot to me, and I figure I saved dozens of 20 minute trips to the drugstore to buy a 3 pack of blades, and also tripled my money, and never had to worry about being out of a very desirable commodity. That's win-win-win for me.

The downside is it creates a shortage? Well, I guess, if everybody is buying the same item.
But shifting into consumer goods is an unavoidable feature of an inflationary money supply. As our money becomes more and more worthless, just telling people "hang on to that money, don't spend it on hard goods" is going to fall on deaf ears.

Anyway, if given the choice between "hoarding" one hundred dollar bills rapidly losing their purchasing power, or one hundred razor blades, I'll pick the latter every time.

There's some irony that the worthless Canadian coins can't clipped.

People please do not buy things up and stockpile, this is insane. You'd be only contributing to fake "shortages" and creating them out of thin air. This hoarding is a sign of people going mad.
Especially please leave toilet paper isles alone, I think it's time for involuntary commitment of people stocking up mounds of TP, I swear. Hoarding razor blades? May be if living in Somalia.

Rice and beans aren't about to run out and you're not about to starve to death, folks (unless you're in poverty-stricken 3rd world country).
Click to expand...

Food might not totally run out but as it gets more expensive you have to do with less or cut your expenses elsewhere. Buy as much as you can now before the price goes up again. Meat prices have been going up quite a lot. My local mega grocery store almost always has clearance meat, whenever I go there I always pick some up and throw it in my chest freezer. Yeah a pork chop may not taste as good 2 months from now but it helps keep my food costs under control.

2. To bring about the utter destruction of all national identity and national pride, which was a primary consideration if the concept of a One World Government was to work.

3. To engineer and bring about the destruction of religion, and more especially, the Christian Religion, with the one exception, their own creation, as mentioned above.

11. To keep people everywhere from deciding their own destinies by means of one created crisis after another and then “managing” such crises. This will confuse and demoralize the population to the extent where faced with too many choices, apathy on a massive scale will result. In the case of the US, an agency for Crisis Management is already in place. It is called the Federal Emergency Management Agency (FEMA), whose existence I first disclosed in 1980.

16. To cause a total collapse of the world’s economies and engender total political chaos.

21. To take control of education in America with the intent and purpose of utterly and completely destroying it. By 1993, the full force effect of this policy is becoming apparent, and will be even more destructive as primary and secondary schools begin to teach “Outcome Based Education” (OBE).

*there are twenty-one points total. And, I have put this book on my "to buy" list. Sketchy

Jerome Powell messages to the public the fed will be getting into crypto.

Don't worry, the public will be "consulted". 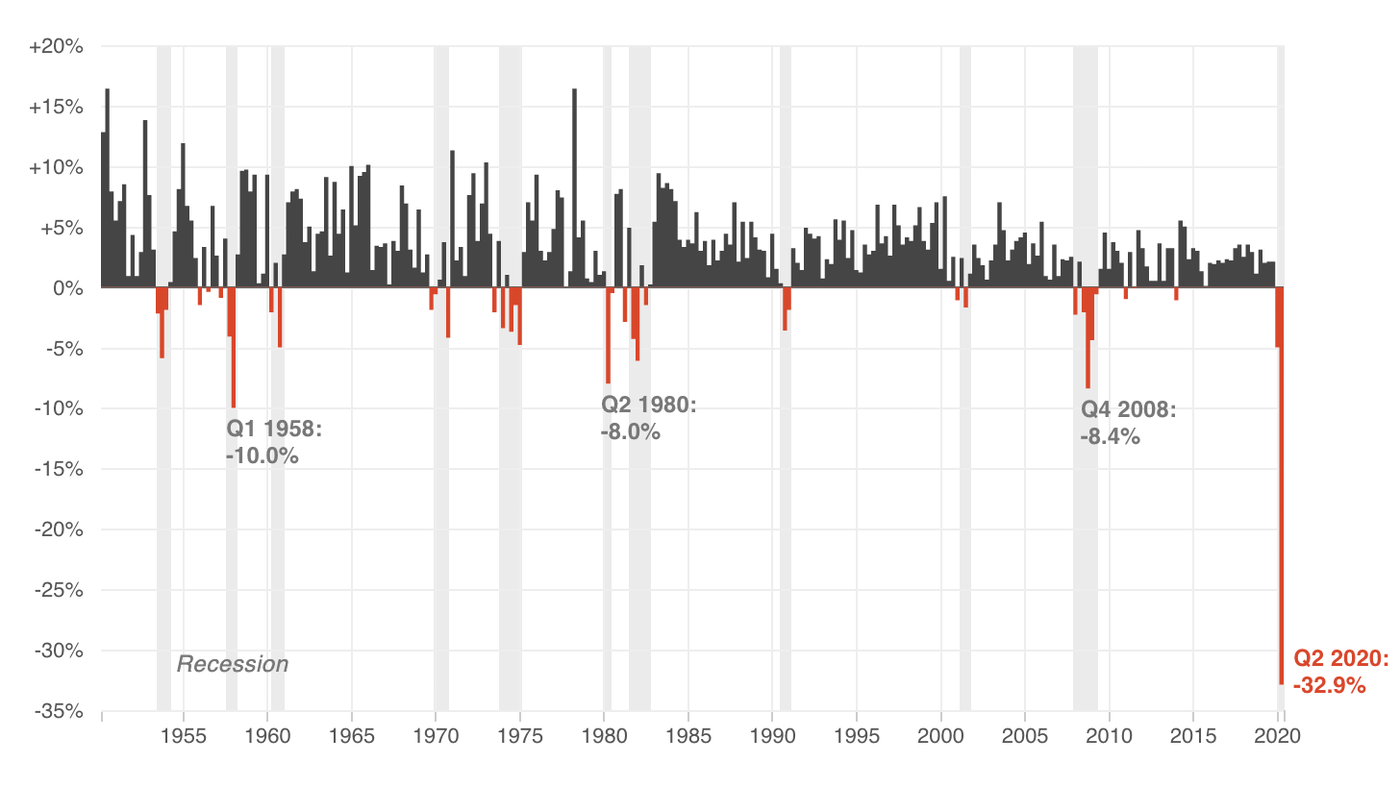 The coronavirus triggered the sharpest economic contraction in modern history in the second quarter as the pandemic hammered the economy, the Commerce Department said Thursday.

Also, they seem to KNOW the system will break.

Even if the central bank is mandated to maintain price stability, it cannot do so in the case of a large enough run. In this case, the authors show that there is a positive probability of runs, and that a negative interest rate on CBDC during financial panics is optimal to keep inflation in check. - Federal Reserve
Click to expand...

Also, they seem to KNOW the system will break.
Click to expand...

I'm kinda looking forward to this - it will simply spurr the mass adoption of crypto sooner than later - once people realize ETH is just a better digital currency than the fiat shitcoin...errr..."central bank digital currency" they are currently using.

Gold Member
What do people think is the real impetus behind the Biden mega-"stimulus"? Other countries don't seem to be so aggressive. If it doesn't work I see things getting very orange in a few years.

Coja Petrus Uscan said:
What do people think is the real impetus behind the Biden mega-"stimulus"? Other countries don't seem to be so aggressive. If it doesn't work I see things getting very orange in a few years.
Click to expand...

To essentially bankrupt the USA and cause a Financial Reset. Globalists are ready to move off the USD as the reserve currency.

Interesting how the US spent so much time controlling oil and tying it's currency to oil through the Saudis, and now they want to go green and push the entire world off oil. Peculiar.

I know there is alot of "general stimulus" in the works, but the plan for the decade seems to be the green new deal or something similar.

NoMoreTO said:
I know there is alot of "general stimulus" in the works, but the plan for the decade seems to be the green new deal or something similar.
Click to expand...

Yet another reason to get to the commodities that will do well anyway, but also benefit from the increasing "green" propaganda.

Hope everyone is ready. Looks like the "reflation" trade is over. Shortest since 2007 as predicted.
2

Good interview - Silicon Valley dude basically confirms even the wall street crowd thinks the Fed is being run by a bunch of idiots atm, and that the status of the USD as world reserve currency is under threat

Gold Member
Robert Reich, who was Secretary of Labor under Bill Clinton, is very influential in Democratic policy circles. The Obama Administration didn't select him for a position for whatever reason, but they did use some of his ideas. It appears to me that whoever is in charge of economics for the Biden administration is influenced by his theories. Hopefully, the Republicans take back some power in 2022 to keep the Democrats from instituting too many of his ideas, because they would be disastrous for a free-market economy based on the US keeping some of its sovereignty. 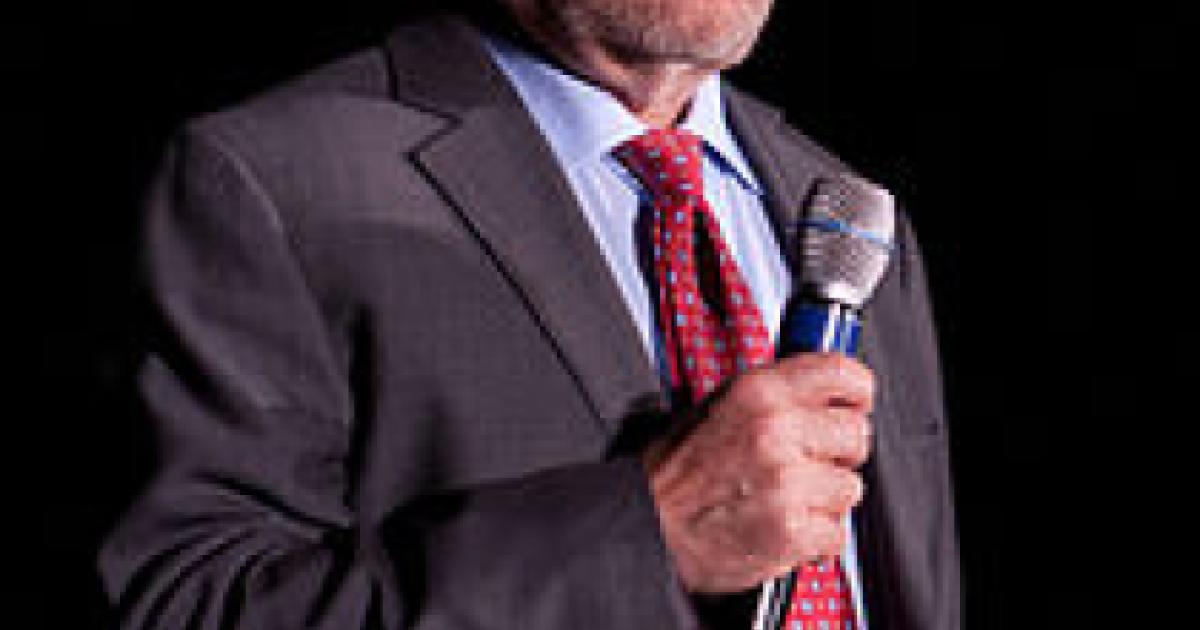 The Economic Fantasies Of Robert Reich

He thinks progressive taxes and unions will help the poor. What wishful thinking!

Because CBDC seem a while off yet, I wonder how this will affect bitcoin?

Gold Member
"Shortage" is being engineered. 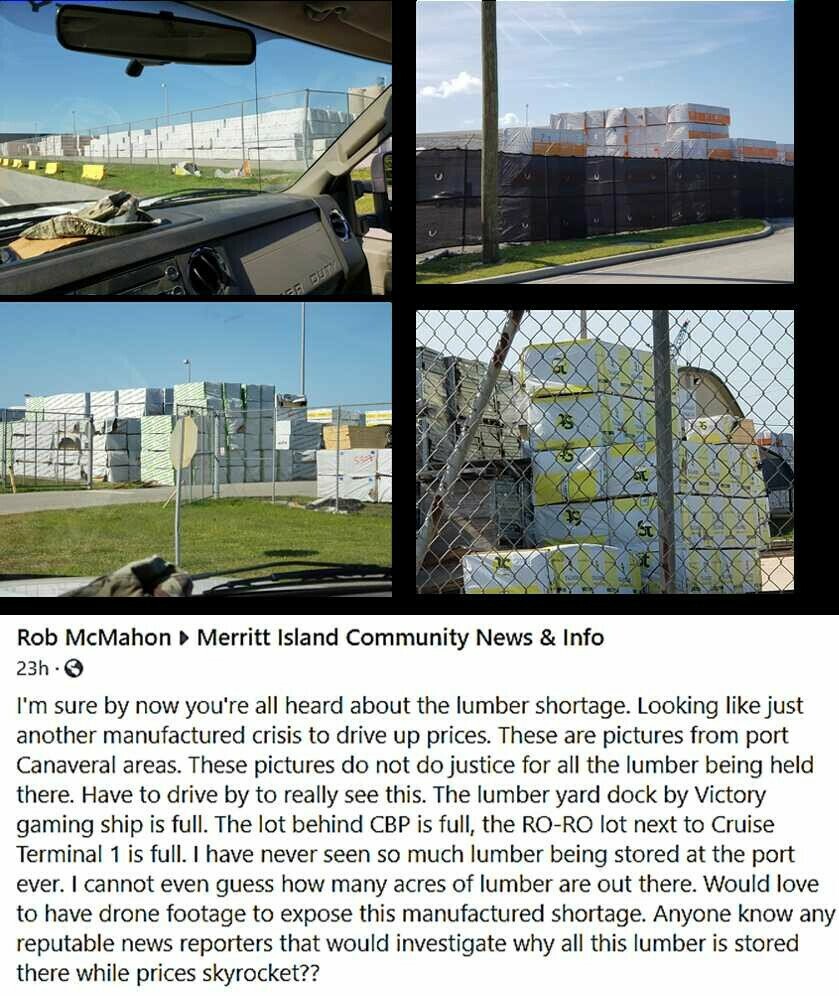 Treasury Secretary Janet Yellen said President Joe Biden should push forward with his $4 trillion spending plans even if they trigger inflation that persists into next year and higher interest rates.

“If we ended up with a slightly higher interest rate environment it would actually be a plus for society’s point of view and the Fed’s point of view,” Yellen said Sunday in an interview with Bloomberg News during her return from the Group of Seven finance ministers’ meeting in London.

The debate around inflation has intensified in recent months, between those like Yellen who argue that current price increases are being driven by transitory anomalies created by the pandemic -- such as supply-chain bottlenecks and a surge in spending as economies reopen -- and critics who say trillions in government aid could fuel a lasting spike in costs.

Biden’s packages would add up to roughly $400 billion in spending per year, Yellen said, contending that’s not enough to cause an inflation over-run. Any “spurt” in prices resulting from the rescue package will fade away next year, she said.

“We’ve been fighting inflation that’s too low and interest rates that are too low now for a decade,” the former Federal Reserve chair said, adding that “we want them to go back to” a normal interest rate environment, “and if this helps a little bit to alleviate things then that’s not a bad thing -- that’s a good thing.”
Asset Purchases

The headline measure of consumer prices rose 4.2% in the 12 months through April, and the numbers for May are due to be published on Thursday.

The Fed has committed to only begin scaling back the $120 billion monthly pace of its asset purchases after there’s “substantial further progress” on inflation and employment.

Chair Jerome Powell, who took the reigns at the central bank from Yellen in 2018, has sought to convince investors that he’s not considering pulling back support for the economy any time soon. Powell and his colleagues have continued to project their key interest rate at near zero through 2023.

U.S. job growth picked up in May -- along with worker pay -- and the unemployment rate fell to 5.8%, according to a Labor Department report Friday.

“I will not give up on the next packages,” Yellen said. “They’re not meant as stimulus, they’re meant as investments to address long-standing needs of our economy.”

G-7 finance ministers and central bankers held a phone call on May 28 in which the group pressed Yellen on her views on inflation, according to a Treasury official. The group ultimately agreed with her assessment that price spikes through the year are likely to be transitory, said the official, who briefed reporters on condition of anonymity.

Yellen said that monetary policy makers can handle any potential rise in inflation if it sticks.

“I know that world -- they’re very good,” Yellen said in the interview. “I don’t believe they’re going to screw it up.”
Click to expand... 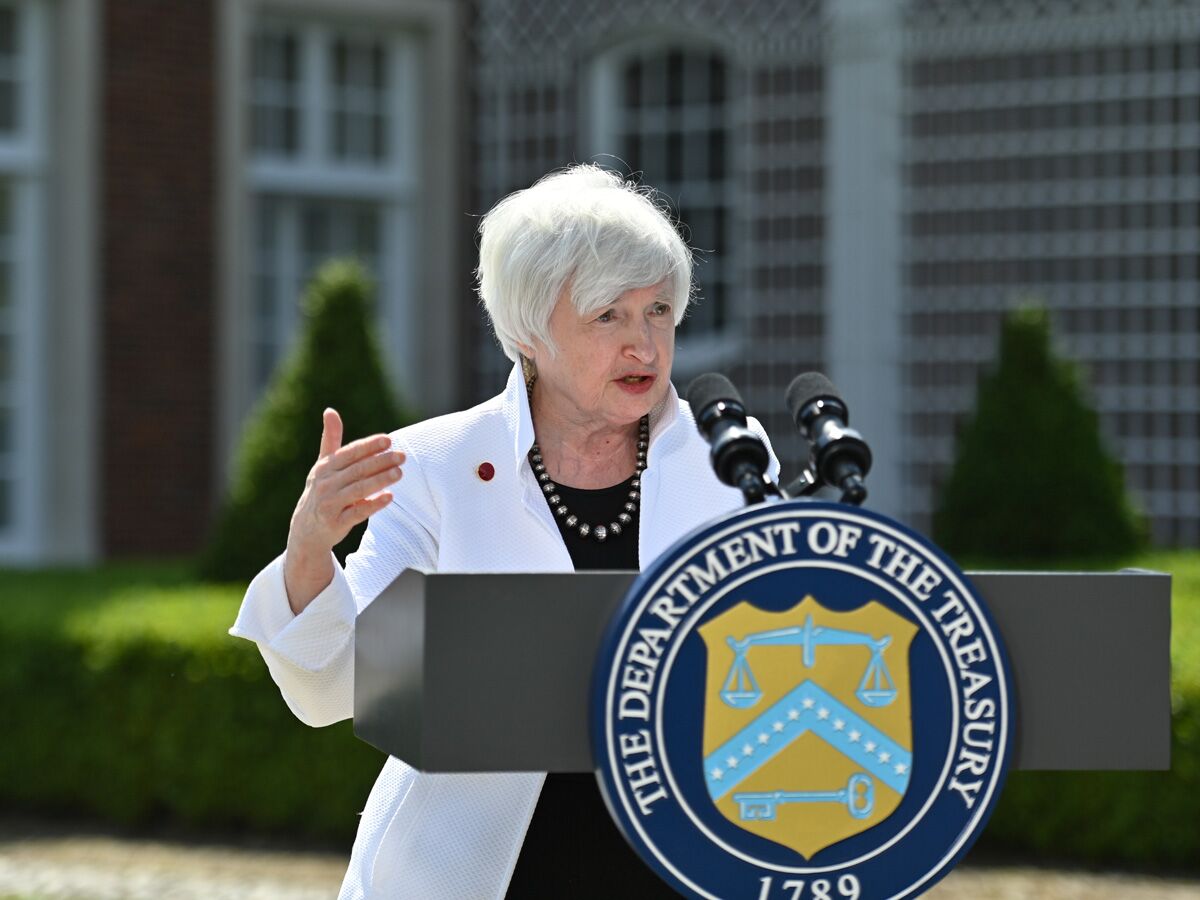 Yellen Says Higher Interest Rates Would Be ‘Plus’ for U.S., Fed

Treasury Secretary Janet Yellen said President Joe Biden should push forward with his $4 trillion spending plans even if they trigger inflation that persists into next year and higher interest rates.

^Lol, who ever created that clown make up meme that goes from No inflation -> transitory -> inflation is good predicted it haha. Clown world indeed.

Intel Corp’s CEO said on Monday it could take several years for a global shortage of semiconductors to be resolved, a problem that has shuttered some auto production lines and is also being felt in other areas, including consumer electronics.

Pat Gelsinger told a virtual session of the Computex trade show in Taipei that the work-and-study-from-home trend during the Covid-19 pandemic had led to a “cycle of explosive growth in semiconductors” that has placed huge strain on global supply chains.

“But while the industry has taken steps to address near term constraints, it could still take a couple of years for the ecosystem to address shortages of foundry capacity, substrates and components.”
Click to expand... 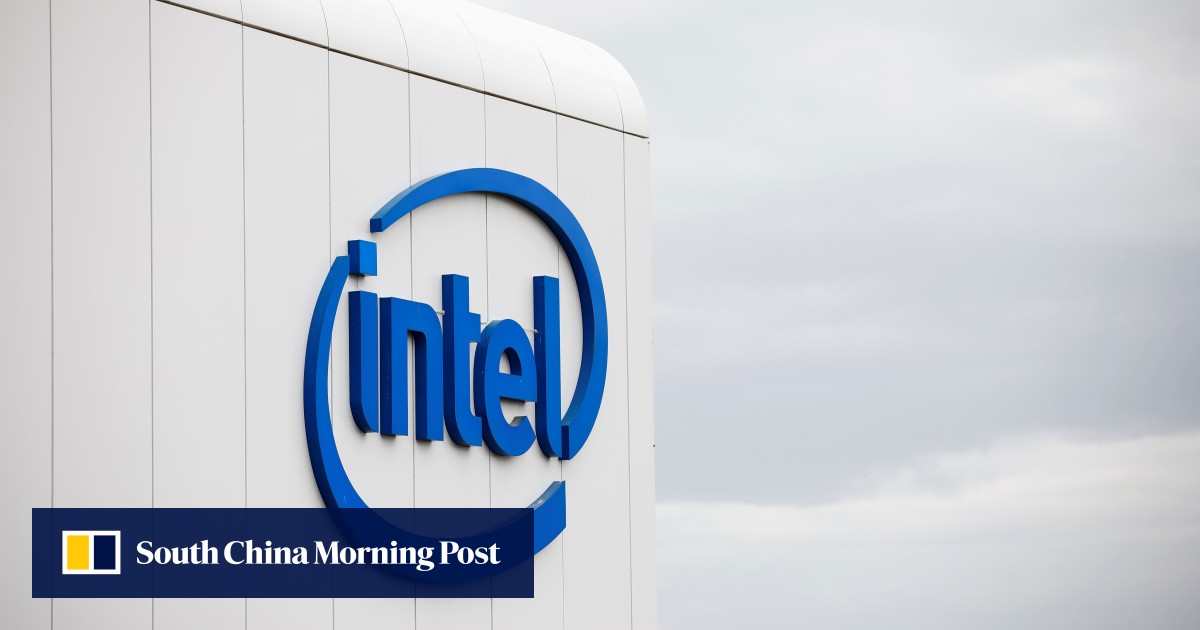 Intel CEO Pat Gelsinger said during Taipei’s Computex trade show that the global semiconductor shortage could take years to resolve as the company pushes to expand manufacturing capacity in the US.