ed pluribus unum said:
^so that begs the question, when would be the ideal (or at least preferential) time to release this video?
Click to expand...

I think there was more value in their apolitical stuff like going after Google or the MSM. I don't trust this game of thrones crap they're pulling now. 911 does better legwork than me. The fair bet at this point is that their masters think Bernie has a shot at beating Trump and won't be as reliable a cuck to Israel as Trump is.

Leonard D Neubache said:
I think there was more value in their apolitical stuff like going after Google or the MSM.
Click to expand...

I strongly agree with this. More effective and transcendent, too. Bernie probably isn't going to live much longer anyways (though these antifa types will). Much better to attack the golden calves of globalism - media, tech, finance, etc. Lobbyists are fair game if you want to go the "political" route.

911 said:
What's the difference between a bolshevik nut like this dude Jurek, and a "right winger" like Gorka? Both of them have exactly the same positions on real political dissent, Gorka and Jurek will have the Nick Fuentes of this world severely repressed.


PS - Veritas is a zionist operation, funded by people like Shillman, who also funds Tommy Robinson.

Of those foundations, six contributed to Jewish and pro-Israel causes, many of them on the right of the spectrum. The most generous of these, the Shillman Foundation of Rancho Santa Fe, California, has two trustees, Robert Shillman and Dianne Parrotte. Shillman, the founder and chairman of Cognex, a technology company, made headlines in 2015 when it was revealed he backed a contest in Texas for cartoons mocking the Muslim prophet Muhammad. Two Islamist gunmen attacked the contest and were shot dead by police. The contest was sponsored by the Horowitz Freedom Center, a right-wing activist group run by David Horowitz that also appears on many of the same foundation tax returns as Project Veritas.
Shillman’s foundation gave over $400,000 to Christians United For Israel from 2013 to 2015 and $1 million to the Friends of the Israel Defense Forces in 2014-2015. It gave CAMERA, a hawkish pro-Israel group monitoring media bias, $30,000 in 2014 and Project Veritas $25,000 a year earlier.

The Daniel and Susan Gotlieb Family Foundation of Beverly Hills, California, controlled by the couple, in 2015 gave the Central Fund for Israel, a clearinghouse for right-wing Israeli groups, $5,000; the Horowitz Freedom Center $25,000; StandWithUs, a hawkish pro-Israel advocacy group, $1,600, and Project Veritas $2,500.

The Tart-Wald Foundation, controlled by Allan Wald of Lantana, Florida, and Kenneth Wald of New York, gave the Middle East Forum, a hawkish pro-Israel think tank based in Philadelphia, $3,000 in 2013-2014 and Project Veritas $2,000.
Also appearing on BuzzFeed’s list was the Donald Trump Foundation, which was controlled by the real estate mogul and reality star and his family until his election as president last year. Many of the Trump Foundation’s gifts to Jewish groups have been previously reported — $10,000 to the American Jewish Committee in 2015, $26,500 to the Anti-Defamation League in 2014, $40,000 to the UJA-Federation of New York from 2012 to 2014, and $100,000 to the Museum of Jewish Heritage in 2012.

A Greenwich, Connecticut-based fund run by Charles Royce, a prominent investment adviser, gives money to an array of causes, including many Episcopalian charities. However, on its 2013 and 2015 returns, the Royce Family Fund lists The Jewish Experience as receiving $10,000 each year. It’s not clear what that refers to, but the Jewish Community Center in Denver is called The Jewish Experience. The fund gave Project Veritas $2,500 in 2014.
Click to expand...

Gold Member
Here is an associated article regarding the prior post:

With the help of a company insider, "Project Veritas" appears to have captured members of Facebook's content moderation team saying that they happily delete pro-Trump political content because it is "a very progressive company who is very anti-MAGA."

"Gotta get the cheeto out of office," one said.

Another content moderator, Lara Kontakos, was asked what she did when she saw a posts supporting the president: "If someone is wearing a MAGA hat, I am going to delete them for terrorism."

Then, Kontakos looked around at her colleagues: "I think we are all doing that."

Zach McElroy, the insider, said more than 75% of posts flagged for moderator review supported President Trump and conservative causes and said he would be willing to testify that Facebook is not telling the truth about its political bias.
Click to expand... 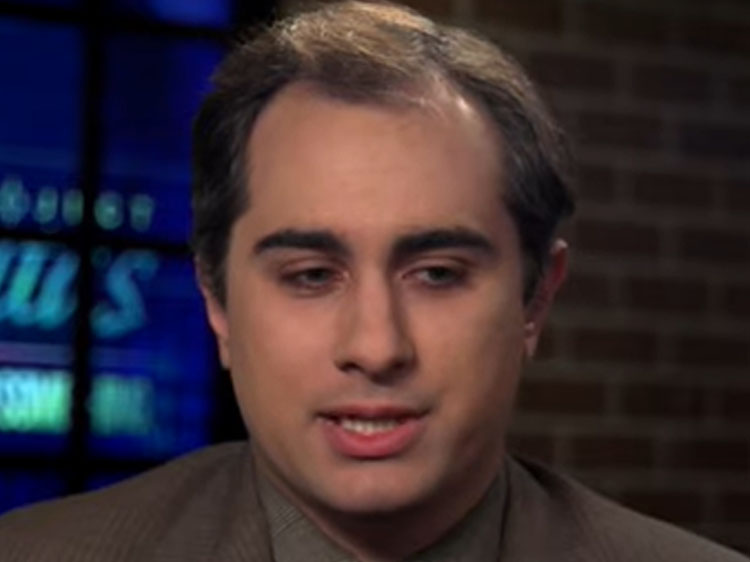 With the help of a company insider, "Project Veritas" appears to have captured members of Facebook's content moderation team saying that they happily delete pro-Trump political content because it is "a very progressive company who is very anti-MAGA." "Gotta get the cheeto out of office," one...

One of PVs bigger exposes, in my opinion. I'm glad they're doing it, I hope they continue, but honestly we've gotta be getting close to the point where people have "picked sides" to a large extent, there's nobody who doesn't understand the silicon valley bias, only those who support it and those who don't.

Wait...Facebook meddled in our elections?!?!? Get Robert Mueller on the horn...

Gold Member
Joe Rogan was cool in the old days, but now? He's such a hack.

budoslavic said:
Joe Rogan was cool in the old days, but now? He's such a hack.

Joe Rogan is useful at certain times and worthless at others ...

Recently watch the Documentary called "Trump Card" from Dinesh Dsouza and he had on there Larry Sinclair. NYTimesABCNbcCbsWashPostNPRpbs ... they all interviewed Stormy Daniels.

Because Obama was their guy.

He, Larry, claims to have had sex with Obama twice and that Obama used drugs in front of him.

The National USA media buys electronic ink by the tons and barrels. They buy more ink than the military buys oil.

But here is the thing, I watched that Documentary film accompanied by a very intelligent person. That person said, during the 2008 election - they didn't have the stomach to pay attention to the Larry Sinclair allegations. That's amazing, for such an informed person to ignore such an accusation. Imagine how many millions of thoughtless people simply ignore it as well. It definitely strikes as something spiritual.

But God in Heaven knew that Obama would be President.

Anyhow, it reminds me of Mike Cernovich's documentary (Hoaxed) where you can post pictures of a dead baby's body on the Beach in Greece (GloboHomo immigration, as they say) but you can't post images of 10s and 100s of adult dead bodies killed by Muslim terrorists at Music concerts and the Charlie Hebdo News Paper Building, and countless other places, we all know them.

They lie by omission, they omit.

Gold Member
Good stuff. Google's Technical Program Manager was very candid and open in answering questions related to Google's agenda, workplace, etc. He even talked about what happened the day after Trump won the election. Also, he said Google is the worst place to work for. (Prior to that, he worked for Caterpillar & Corning.) O'Keefe said the guy's planning to leave Google - sounds like he's fed up with the "ultra-leftist agenda" and censorship.