Public schools re-opening Fall 2020. US students to be groomed for the "New Normal."

I'm not saying any of those countries were wrong or bad. I'm actually pointing out that the entire reason they are all under attack, embargo, or outright coup by western powers is precisely *because* they tried to do these good things for their people. Libya might be flawed from a western perspective, but it was the gem of Africa. The fact that Cuba has been able to thrive and succeed to the degree it has despite being an island which depends on international trade while being under a 70 year embargo by the most powerful nation on earth speaks volumes. Russia is another nation who has introduced pro-family assistance, with land and monetary grants to newlyweds, and unsurprisingly, it too is under assault from the west. Far from military intervention, if any nation deserves "most favored nation" trading status it is nations like these.

And so begins the largest juvenile psych experiment in history (most states should have posted plans for reopening public schools).

Couple interesting points:
Buried on page 60 of the Appendix is money quote that pediatric transmission is extremely low (see attachment).

This is the bread crumb, this is the nugget of truth to let you know that this is a giant PsyOps. Additionally, they weirdly admit on the next page (P. 61) to having no citations to support social distancing (as opposed to the logic of rapidly building herd immunity).

1.2 million foreign students in the USA are being asked to leave or face deportation because their visas do not allow them to stay in the country if taking online classes.

I also posted this in the resistance thread- thought it would be relevant here too.

For those of you with children, I would highly recommend attending your school board meetings. Some states have implemented draconian guidelines that schools must follow in order for children to return to school in the fall: following mask executive orders, "social distancing," kids being in the same room all day (teachers change classrooms, lunch brought to them in that classroom, no gym/art/music class, etc.) hybrid learning (kids only attend two days a week- other days do work at home/online). In my opinion, this is terrible for the mental, physical, and spiritual health and well-being of our school age population. If enough parents push back, we may be able to help logic and reason to prevail.

The website below has been posted in other threads. It has links to great research regarding the death rate, efficacy of masks and "social distancing," and sources that specifically discuss effects (or lack thereof) on school age children from death rate to symptoms and transmission. Additionally, Dr. Scott Atlas of Stanford University's Hoover Institution provides additional support in the video below.

Go in with your ducks in a row ready to cite the research and speak articulately to the important aspects of your case and be ready to combat the potential arguments of the misinformed sheeple and leftist shills. 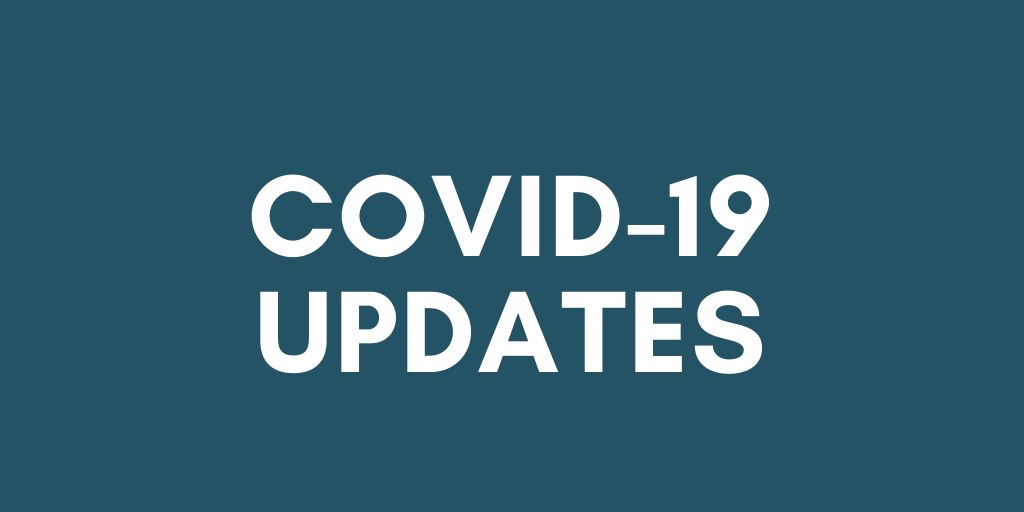 Here they have announced for the public schools that do open (and some are not) they are requiring the kids to wear facemasks all day long. Setting aside the physical discomfort and impossibility of enforcement, can you imagine the amount of psychological trauma and autistic behavior this is going to cause? When you can't see someone's face, you can't tell their expression or mood. The only thing to see will be two fearful eyes staring back at you. Every day. For the whole year.

I know from personal experience a young elementary school family member has been reduced to tears and cowering in the floorboard of the car when asked if she wanted to wear a mask and step inside a store. What trauma will this unleash when done for hours every day?

I imagine it will be worse for the females, as they rely so much more on body language and subtle facial expressions.
So expect a crop of even more insane women in another 5 to 10 years.
K

Pulling them out of school would be just fine, less brainwashing time.
C

Kids in invisible cages is a great description.
H

Max Roscoe said:
They also made sure to destroy Libya, who was doing the same thing. Cuba and Venezuela have similar policies, but you have to wade through a whole lot of US propaganda to find that they did anything good for their people. They probably do the same in North Korea, but finding anything positive written about that place is damn near impossible.
Click to expand...

The South Korean government pays couples a stipend to have children since the birthrate has plummeted, its population is declining, and many of the births are half-Korean children since men in the countryside have imported a very large number of mail order brides from Vietnam, China, the Philippines, and elsewhere. South Korea's birthrate was 4.53 in 1970, 0.98 in 2018, 0.92 in 2019, and March 2020's births were 10.1% fewer than the births in March of 2019. The more children a couple has, the more money they receive and I think this is especially true in the case of educational assistance since private education is one of the larger expenses for Korean parents.

Speaking of South Korea, I lived there for most of the past two decades and I really believe the reason why they had 62 new Covid cases and 0 Covid deaths yesterday while the USA had 61,848 new cases and 890 deaths yesterday is because they're used to wearing masks to prevent disease. I've taught many classes in South Korea over the years while wearing a mask when I had a cold, long before Covid was a thing, and students did the same thing of course. It isn't political, it's just etiquette and simply looking out for others. They've been back in school for months while we're still talking about online classes in the USA.

I don't believe the USA should've locked down. I think that was a mistake. However, the no-mask crowd on the right is playing into the hands of the pro-lockdown people on the left. In my county in rural Tennessee, the number of positive Covid cases has gone up 500% just in the past month according to the Tennessee Department of Health's website. I believe it, because I had been working night stock in a local supermarket and we had customers during the first hour of my shift, until the store closed. Even a month ago, it was very rare to have customers who displayed symptoms of a respiratory illness. That rapidly changed over the course of the past month and, the worst part about it, none of the people with these very rough-sounding coughs ... none of them were wearing masks. All but one were women. Now I'm on a 14 day quarantine per the local Health Department and I'm on a four days and counting diarrhea marathon. I quit the job and plan on going back to Korea.

I would never vote for a Republican or a Democrat because they never look out for the interest of the working class/middle class American. But as I watch the conduct of the constituents of each party, it seems like they're trying to give the 2020 presidential election away but the other side says, "Hold my beer."

The 2016 election was very close and I really think Hillary Clinton would've won the election had it not been for so many Democratic protesters blocking the roads, and being a general nuisance in the months leading up to the election. It's even worse this election year with the Democrats looting stores, burning down businesses, shooting an 8-year old girl in Atlanta, spraypainting graffiti all over the place, blocking highways again, and being a general nuisance again. Any other year, such conduct would've ensured an easy Republican victory, especially if our Covid numbers would've looked like South Korea's, or Austria's, or the Czech Republic's, or really any country that didn't politicize the mask issue.

If you're in the USA and you want Trump to get reelected, go out and loot Target and Wal-Mart with the Democrats. Pull down George Washington statues. Block the highways. That'll get the Trump voters out and make people on the fence vote against Biden just to shove it up the asses of these protesters and looters.

If you're in the USA and want Biden to get elected, don't wear a mask like a lot of Republicans. The seven day average for deaths has been trending upward, strongly, for three straight days. If it spreads enough, maybe you can cause another lockdown and that'll be the deathknell of the 2020 economy and Trump's reelection chances. Then we can all pay slavery reparations and live happily ever after.
J

TorontoSucks! said:
Yep, the colleges and universities up here are going online as well. Of course, they're not lowering the cost of tuition one dollar. I really hope that one of the positives to come from COVID is that it deals a death blow to this ridiculous, useless and incredibly expensive post-secondary education system. What a scam it is! Hopefully, when it goes fully online and people and employers finally realize that for many disciplines, they can get a better education on Lynda.com or Udemy and NOT pay through the nose for what is basically a left-wing indoctrination session full of many useless and outdated courses, these institutions will be a thing of the past. The idea that you need to attend a three- or four-year program at one of these places to get a job is simply absurd.
Click to expand...

Somebody should tell employers to consider all this in their hiring decisions.
J

Public schools are tough because although 99.9%+ of the kids will be fine if they catch Corona it’s bringing it home or spreading to teachers and at risk people that’s legitimate issue. College Is a different thing. If all college kids stayed at school from mid Aug to Nov. then test them before Thanksgiving before they go home, immunity would skyrocket in our population. Obviously letting people take control and allow to fix the problem naturally isnt the agenda of the left / globalists. 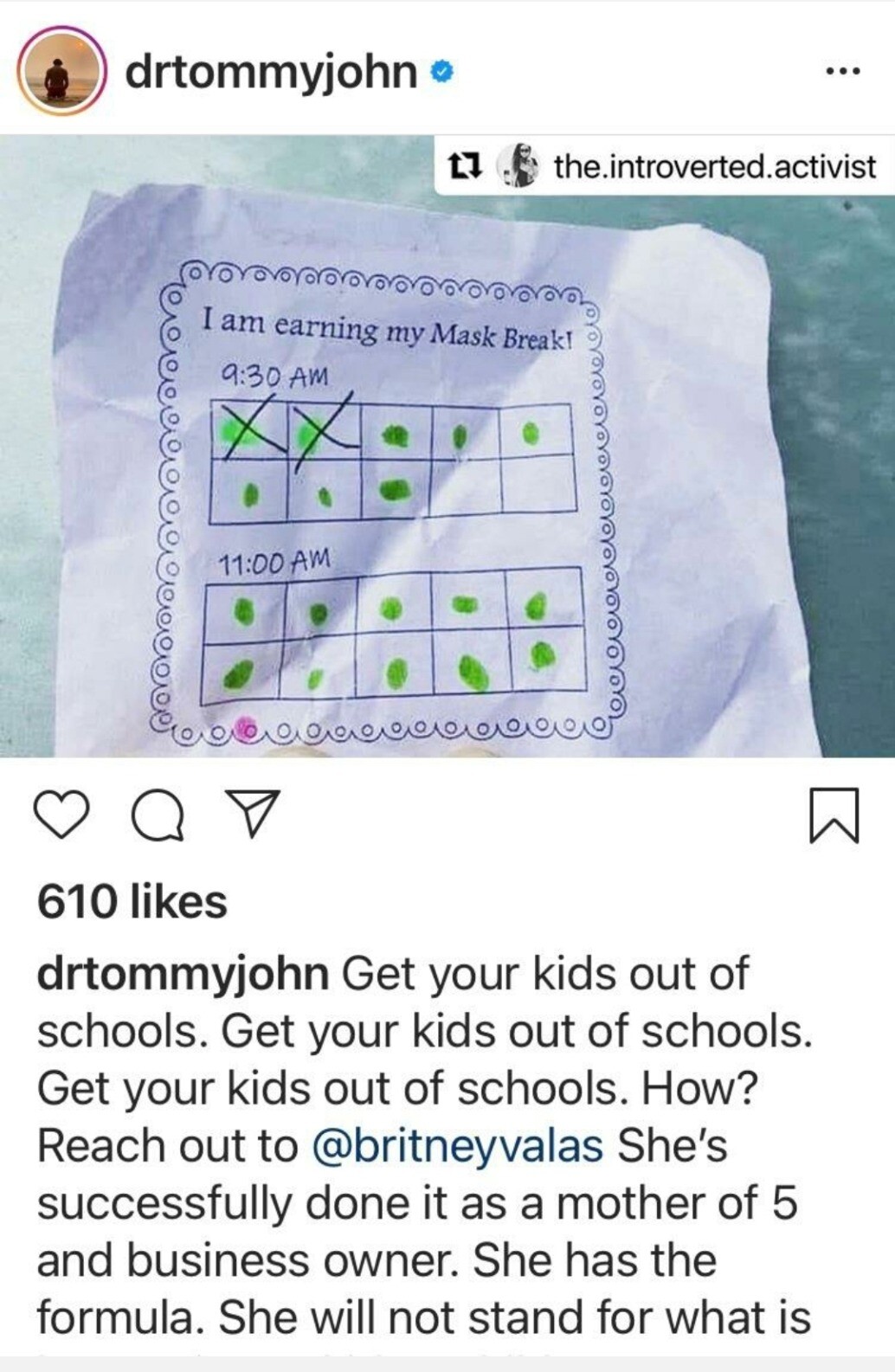 I happened to be around a group of high schoolers recently. They were all masked up and I couldn't believe it. If you had asked 16 year old me to strap on a mask, who knows what I might have done after laughing at you. I sure as hell wouldn't put on a mask for anything or anyone.

Mountaineer said:
Everyone with half a working brain knows this is a brazen lie. Logos will persevere.
Click to expand...

Exactly, this is will not stand and no quarter will be given. Logos will rise and we will defeat globalism. It's either that or we all die as slaves.

This is why most public school systems will open before the end of this school year. To prep the kids for next year.
B