i wonder if jack is going to flag this with a fact check?
Click to expand...

Yes, and trump colluded with them! Russiagate ii! but this time with Nazis!

Truly clown world. Refusal by any of the globalists media to even acknowledge the root of the problem.

Hindu Man said:
Is Australia safer than the U.S.? Thinking of immigrating there.

Melbourne, Victoria is on my wish list. Heard good things about it. 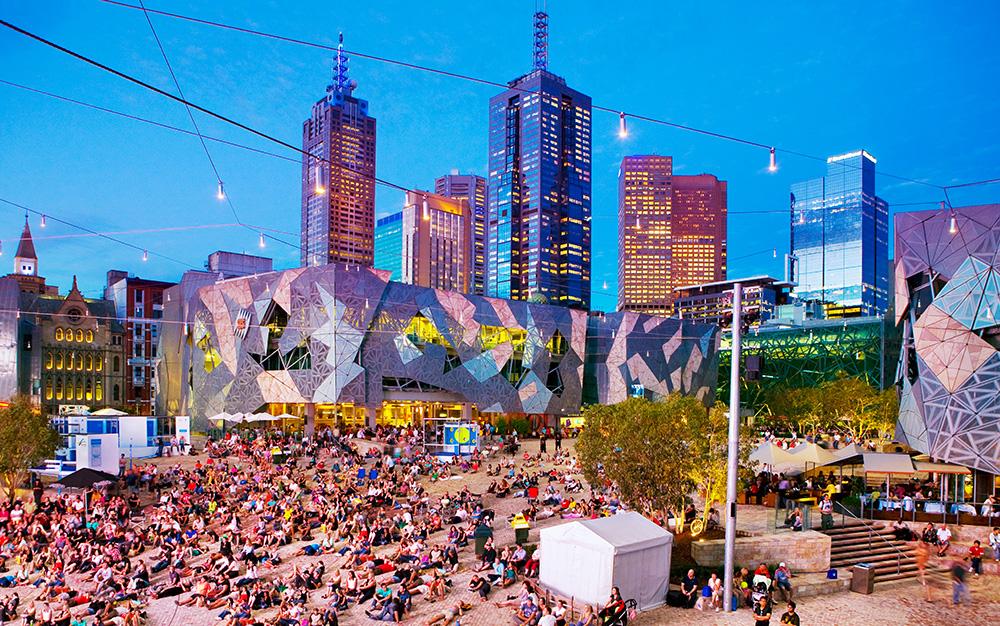 Melbourne has been voted the best city to live in for seven years in a row, which makes it a fantastic place to visit.

I can't imagine the scale of riots as occurring in America now, happening in Australia, except for one or two hot-spots.
Yet I'd choose a better spot than Melbourne if I were you.

Dud weather similar to Seattle weather & Melbourne is essentially the 'Portlandia' of Australia...

the number one objective of Space X should be to make muslims feel good about their contributions to science and math.
any wonder NASA can't get into space?::

The head of the Nasa has said Barack Obama told him to make "reaching out to the Muslim world" one of the space agency's top priorities
Last edited: May 30, 2020

Orthodox
I wish people would stop sharing that fake Albert Pike quote. There’s so much to criticize about Freemasonry that passing around such transparently fake quotes - such as a 19th century Pike writing about the “state of Israel” that didn’t exist until a century later, and is found in none of his actual writings - just detracts from the validity of more serious criticism.
J

Gold Member
None of these looters will ever be as cool as Lootie of New Orleans Hurricane Katrina fame (circa 2005) lol. 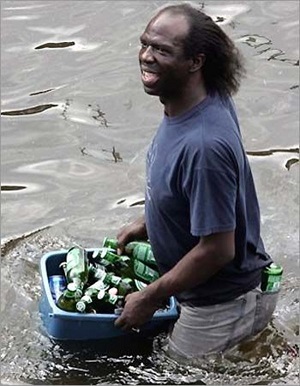 CynicalContrarian said:
I can't imagine the scale of riots as occurring in America now, happening in Australia, except for one or two hot-spots.
Yet I'd choose a better spot than Melbourne if I were you.

Dud weather similar to Seattle weather & Melbourne is essentially the 'Portlandia' of Australia...

Where would you recommend? Brisbane? Gold Coast? I have no interest in Sydney.

I have the option to study at the University of Melbourne beginning in July 2020 ( most likely online because of corona); hence I may be shifting to Australia for the foreseeable future.

Oak said:
He mentioned aryans in the post you are responding to.

Hinduism and Buddhism were developed by white indo-europeans, hence the caste system in India after the aryan invasion. But there were also white buddhist kingdoms across northern India and Asia.

The discovery of the Tocharian mummies in the 1940s shows that there were also white early civilisations in western China, who may have been responsible for the silk road trade route. The Chinese also graciously confirmed the discovery of ancient caucasian remaisn in eastern China. Although they do not allow western researchers into the area.

This is slightly embarassing given the many references to red-haired, blue and green-eyed leaders in ancient china, which were previously thought to be pure mythology.
Click to expand...

nomadbrah said:
Lazyness has been the downfall of every white civilization for more than 5000 years.

The white aryans in India instituted a strict racial caste system to prevent inbreeding, but they still lost, because they put themselves at the top, working only as academics and spiritual leaders (Brahmin), while the farm and manual labor were done by lower castes. Even with such a one drop system, they were eventually outbred and had to accept lower castes into the brahmin. There are but a few light eyes around now in the brahmin castes to remind us of what used to be.
Click to expand...

Mass immigration by those white Aryans would have been the only way I suppose. Or the English style class system which involved high levels of downward social mobility: 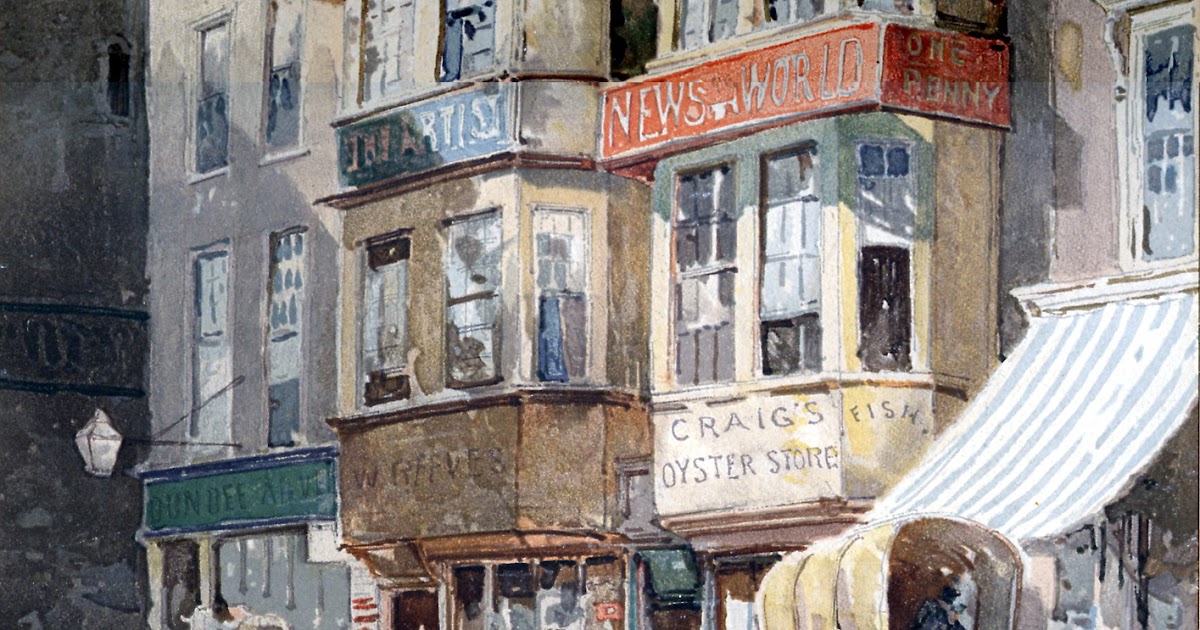 The Nurture of Nature

Fleet Street , watercolor by Ernest George (1839-1922). In England, middle-class families used to be so large that they overshot their...

The Caste System made India very stable but it also made them very stagnant, frozen in time and weak to competitors.

Hatred for whites has become catchy and hip. Apparantly now the time has come to move that carefully fostered anger and frustration to the next level

But I get your point, it's the intense self-hatred cultivated by the left is a bigger threat than anything else
Click to expand...

You may not be familiar with the show, but All In the Family was an original, and well written, leftist diatribe against working class, white men. It was so entertaining that even right wingers enjoyed it. Ironically, it was so anti-white that even the protagonist, "meathead", was an unemployed loser mooching off of the very man that he regarded as an oppressor.

What fully metastasized the phenomenon was when corporate America jumped on board around the 80's and regarded whites as simply too expensive to employ. Few whites were going to want to immigrate from Europe (including Eastern Europe) to work on farms picking lettuce for 20 years and then go on welfare. It surprises me that few corporations want to import Eastern European doctors and engineers, who are very well trained (sometimes not as well as in the states, but at a fraction of the cost and still high value) rather than seemingly ultra cheap Asians. But by then, even corporate America and free market conservatives bought into the "diversity is strength" narrative.

I get into verbal fist fights on conservative forums over how trad-cons don't seem to have a concern for this issue as much as abortion (which they're losing at this time and they can't do anything about it without an electorate), gay marriage, and of course, tax cuts. While these are worthy causes, strategically, you gotta think in terms of getting hills and taking landmarks to achieve an objective. And conservatives don't believe they need to think strategically aside from pandering to different groups in an election cycle (particularly not their own.)

It's unlikely that a trad-con will be electable past the 2020 election cycle after certain young democrat voting immigrant groups come online as citizens and legal voters in pink states.

Interesting to see ANTIFA is out actively participating in these riots.

That's one MAJOR difference from previous riots is that both ANTIFA and BLM types are out causing chaos together.

Orthodox
The Jews are active..

They are all going to get coronavirus and we will have to have another quarantine.
T

What if you could loot culture? Would they steal a superior one to the one they currently have?

Gold Member
Anyone else think American rioters are much more effective than Yellow Vest Euros? I remember watching all their riot footage a few years ago. This in a few days seems like Americans in general are much more adept at mayhem. Dragging cops around on the ground, cop cars on fire, a precinct incinerated. Most of the rioters aren't even geared up yet like the Yellow Vests do.

I think the play is to try to get Trump out of the white house.

Easy_C said:
Interesting to see ANTIFA is out actively participating in these riots.

That's one MAJOR difference from previous riots is that both ANTIFA and BLM types are out causing chaos together.
Click to expand...

Is that who they are?

There is an alarming number of “white” people at these rallies. Some are Jews for sure, but..

Hindu Man said:
Is Australia safer than the U.S.? Thinking of immigrating there.

Melbourne, Victoria is on my wish list. Heard good things about it.

Melbourne has been voted the best city to live in for seven years in a row, which makes it a fantastic place to visit.

Safer, absolutely. Melbourne is a beautiful city. I love Australia.
When I was there about 8 years ago, I stayed in a room rental of a small condominium in a high rise. The asian owner told me it cost $600,000. Now, wages are a bit higher there, but still, the cost of living there is insane. It was difficult for me to find *lunch* for less than $30, and I am a cheap bastard that can usually sniff out things like the $2 local food joint in Mexico.

The future for Australia is very tied to China, which in that sense, is positive. I mean, they may lose some of their Ozzie / British influence but they are tied to a waxing future, not a waning one. I was told China was responsible for about 1/6 of their economy back then. They also have a much more sane political system, and have a viable Green Party, that the other major parties have to consult with to pass votes, which I viewed as a positive thing. Very little debt, but remember it's an island and it's dependent on mainland for certain things and it's pricey. They do have a nice local economy, got some nice shoes and hat there, and I 'll never forget driving up the coast and just finding small town festivals going on, like 1950s America. Beautiful natural scenery, and very similar to New Zealand which is supposedly the bugout spot for all the billionaires. No Worries, Mate!

Orthodox
I feel sympathy for law-abiding blacks. They feel wronged by the police, and here come their saviors, the far left, to encourage them to violence to usher in the communist revolution where they'll be treated ever worse than now. Black leaders have sold them out, from Al Sharpton to Barack Obama, and now they're on their own, to be used by whichever groups sees them as a way to further their agenda.

Gold Member
Lot of lives being lost here & there (some of them on accident) thanks to these riots. Look at this:

LoveBug said:
Is that who they are?

There is an alarming number of “white” people at these rallies. Some are Jews for sure, but..
Click to expand...

I linked a video from Black Dragon Biker's channel. In the first part he is talking to a club member from Minneapolis who reports that the people out after 2AM were largely green haired Antifag types.
Share:
Twitter Email Share Link
Top